Seattle has dropped a $1,000 fine against the nonprofit organization that runs HempFest, the annual summer marijuana celebration.

The city accused Seattle Events, also known as HempFest Central, of operating a marijuana business without a license in a citation in June. The citation stemmed from a private party of about 75 people that the organization held at a home on April 20.

A city inspector said he observed attendees using marijuana. However, his declaration in support of the citation did not explain how the group had operated a marijuana business in violation of city law.

HempFest attorney Fred Diamondstone contested the fine for that reason, among others, but the city kept prosecuting the case until late Tuesday, when the Department of Finance and Administrative Services dropped the citation after The Associated Press asked why HempFest had been fined.

"It's a head-scratcher to us," Seattle Events President Vivian McPeak said. "It's a private gathering with a small amount of people.

"They're all adults. They brought their own cannabis.," she said. "We don't sell marijuana or anything like that."

Recreational marijuana use is legal in Washington state for people 21 and over. Under city law, a "marijuana business" is any person or entity that grows, processes, sells or transports marijuana for gain or which "allows for consumption on their premises." The law defines "premises" as the site of a marijuana producer, processor or retailer.

The finance department was dropping the citation after further review and consultation with prosecutors, spokeswoman Julie Moore said in an emailed statement.

"We do not have sufficient evidence that the location where the conduct occurred meets the definition of 'premises' as currently defined in the Seattle Municipal Code," Moore wrote.

She added: "Consumption on any business premises is considered a felony under state law. As such, FAS inspectors keep abreast of any event for which consumption of marijuana is advertised as a feature of an event."

Inspectors have attended seven "cannabis-centric" events this year and issued citations at three of them, she said.

But Diamondstone and Douglas Hiatt, another attorney who has worked with HempFest, said adults have a right to gather on private property and engage in an activity permitted by state law.

Inspectors showed up at a HempFest party in June and bought two memberships so they could check it out undercover, organizers said. They left after finding no violations, McPeak said.

HempFest , now in its 26th year, draws tens of thousands of people to the Seattle waterfront every summer. Many of them protest the federal government's ban on the drug by smoking openly without interference from Seattle police. City officials, including Murray, former Mayor Mike McGinn and City Attorney Pete Holmes, a sponsor of Washington's legal pot law, have spoken at the event. 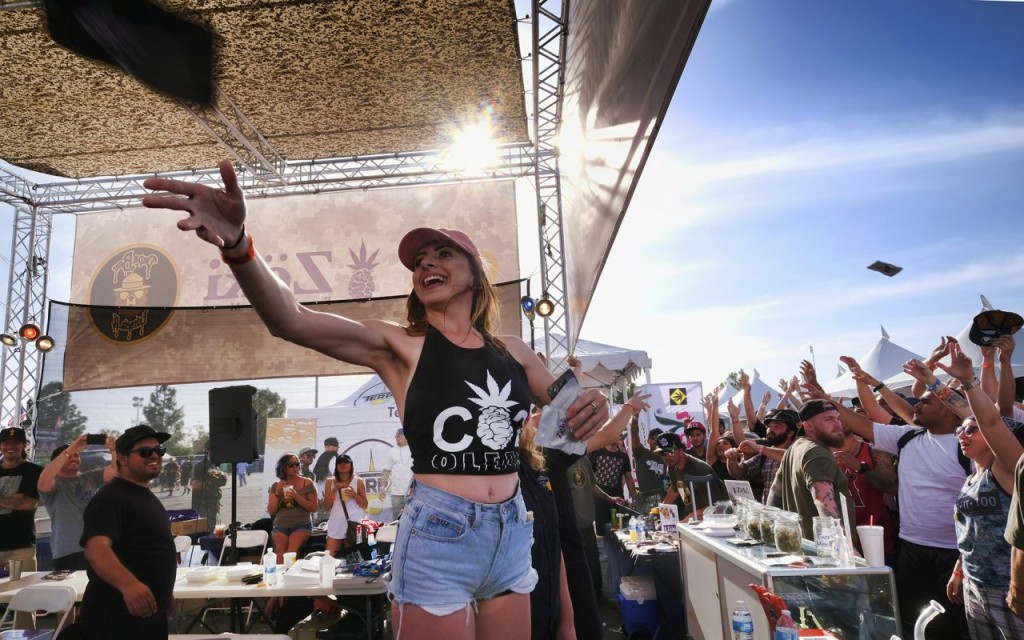 4
Hempfest To Get Storefront In North Seattle