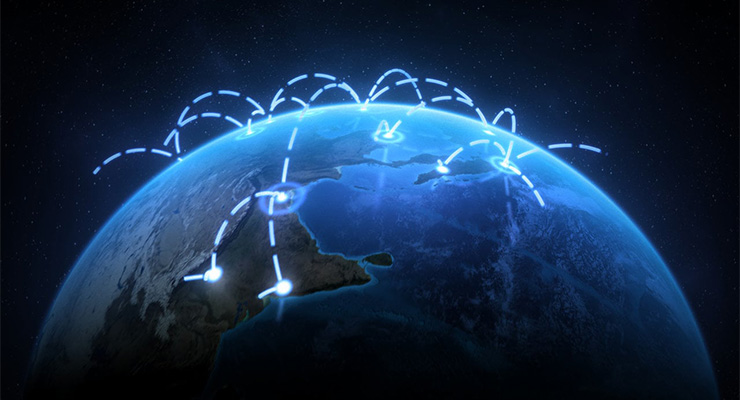 We’ve recently been tracking cannabis laws around the United States, going deeper into which states have legalized recreational and medicinal use, including Washington, Colorado and Oregon.

Cannabis is about to be big business in the U.S. Ackrell Capital, a San Francisco-based investment bank focused on middle-market and emerging growth companies, forecasts that the total U.S. cannabis consumer market (including pharmaceuticals) could top $100 billion by 2029, according to its U.S. Cannabis Investment Report 2016.

While cannabis is illegal at the federal level, the government has also said that it won’t intervene with state rules on cannabis, meaning there can sometimes be different laws on the books for individual states.

That’s not how it works in most countries, though, where the law is the law throughout. It doesn’t change depending on which part of the country you’re standing in.

While cannabis remains illegal in many countries around the world, including China, Japan, Turkey and Poland, there are numerous other countries that have eased restrictions, when it comes to both carrying and selling.

Here are the cannabis laws in countries around the world, and how they are evolving:

Possession of cannabis is legal in The Netherlands, up to a point. People can carry up to five grams and possess no more than five cannabis plants.

The sale of cannabis is illegal, but the country takes a policy of “toleration,” in which it looks the other way as long as no other laws are being broken.

Sales are done in so-called “coffee shops,” or establishments where cannabis may be sold, but no alcoholic drinks may be sold or consumed. The government tolerates coffee shops, as long as they don’t sell more than five grams in one transaction or sell hard drugs, sell to minors, or advertise drugs.

If anyone is hoping to fly over to Amsterdam and start smoking cannabis, that’s not the way it works. In January of 2013, a new rule was introduced so that only “residents of The Netherlands” are permitted to visit coffee shops and purchase cannabis there. A resident of The Netherlands is defined as someone who lives in a Dutch municipality and is registered there.

While The Netherlands is pretty lenient when it comes to the possession and sale of cannabis, it is tougher on growers. Growing cannabis plants is illegal, and the government says that it may prosecute anyone with more than five plants. In cases with fewer than five plants, generally only the plants get seized.

Medical marijuana has been legal in Canada since 2001, with the passage of the Marijuana Medical Access Regulations.

While the country has not yet legalized recreational use, that is a priority of Prime Minister Justin Trudeau. Even before he was elected, he already promised to work on the issue “right away.”

He had made good on his word. In April, Health Minister Jane Philpott announced that new legislation would be introduced in the Spring of next year to legalize and regulate cannabis, making it legal to both possess, and to sell, cannabis.

France seems to have some of the harshest laws in Europe when it comes to cannabis. The production, possession, sale, purchase and use of any drug, including cannabis, has been illegal in France since 1970, and can carry the sentence of one year in prison and a €3,750 ($4,200) fine.

There’s little chance of cannabis becoming legal, but there has been a little bit of movement: in 2013, a law was passed which allowed cannabis derivatives to be used in the making of medicinal products.

In Colombia, it had been legal to posses up to 22 grams for personal use since 1994. That remained in effect until March of this year, when Colombia’s Supreme Court overruled a previous ruling, which had set a maximum amount of cannabis a person can carry.

Medicinal cannabis is also legal in the country, as of December of last year, when President Juan Manuel Santos signed a decree making it legal for marijuana to be cultivated, exported, imported and commercialized for “strictly medical and scientific” uses.

Cannabis is currently illegal in India, though there are some limited allowances made for some traditional preparations. That includes government-authorized shops that sell Bhang, edible cannabis used in food and beverages, which has been part of the Indian culture for thousands of years.

Medical marijuana is legal in Israel, and is available to patients with cancer, AIDS, multiple sclerosis, Crohn’s disease, Parkinson’s disease, Tourette’s syndrome, and other terminal illnesses. Post-traumatic stress disorders were also added to the list of diseases.

Recreational use is still illegal, and is punishable by fine and maximum imprisonment of three years for possession. However, there is some push to legalize. Police Commissioner Yohanan Danino said in May of last year, “it’s high time that the police and the state examine the traditional approach to cannabis.”

The House of Representatives and Senate passed a bill in December 2013, making Uruguay the only country in the world where every aspect of cannabis, from growing to transporting to selling to possessing, is all legal.
There are some restrictions, however. The law allows cannabis consumers to buy a maximum of 40 grams each month, which can only be sold by licensed pharmacies. Cannabis can only be purchased by Uruguayan residents over the age of 18, who have also registered on a government database.

The law also allows consumers to grow six Cannabis plants in their homes a year, or as much as 480 grams, and form smoking clubs of 15-to-45 members, that can grow up to 99 plants per year.

Implementation of the law has been tough, however, having been delayed numerous times due to opposition. It was supposed to be implemented in 2015, but it still remains in limbo. Sales are finally expected to start in the second half of this year. 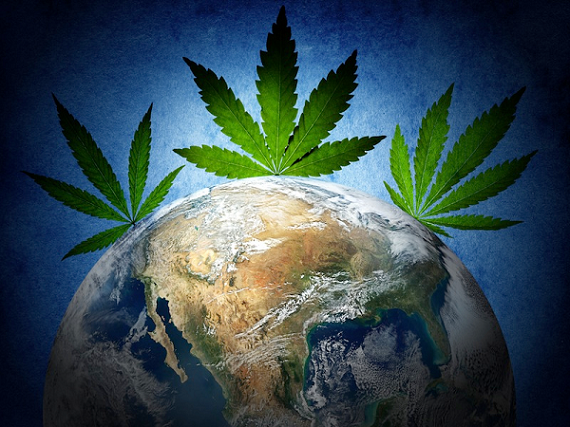