A new study published in the journal Drug and Alcohol Review found that people are increasingly substituting prescription medication, alcohol, and illicit drugs with cannabis, signaling a shift in the public’s understanding of marijuana’s medicinal benefits.

Of the 473 adult cannabis users surveyed by the Centre for Addictions Research of British Columbia, more than 86 percent of respondents reported giving up one or more of the substances for pot, with the majority (80.6 percent) forgoing pharmaceuticals for the non-toxic alternative. Those under 40 were also more likely to substitute all three for cannabis, demonstrating its dynamic appeal for both recreational and medical purposes.

People suffering from chronic pain might be particularly inclined to use cannabis instead of prescription medication in light of recent studies that establish its effectiveness at treating pain, improving the quality of patients’ lives, and posing no risk of serious adverse side effects. But there are numerous studies that support the idea of marijuana as a safer, more effective alternative to dangerous, addictive pills for a range of illnesses.

HERE ARE FIVE PRESCRIPTION MEDICATIONS THAT COULD BE REPLACED BY CANNABIS.

Multiple studies have determined that marijuana is an effective treatment option for people suffering from chronic pain. According to the Centers for Disease Control and Prevention, 44 Americans die each day from painkiller overdose.

Not everyone can treat their anxiety with cannabis. For some, smoking pot causes acute anxiety and paranoia, but that effect is often connected with the type of marijuana that the user consumes. Whereas sativas, which are associated with cerebral highs, can sometimes induce anxiety (especially for infrequent users), indica strains of marijuana have been shown to reduce anxiety.

Just as people who suffer from anxiety should be weary of using certain strains of cannabis to treat their disorder, people who want to replace their prescription stimulant with marijuana should be aware that sativas (as opposed to indicas) are more effective at treating ADHD and ADD.

Using marijuana to treat sleeping problems is one of the most common applications. Studies and anecdotal reports suggest that it is safer and similarly effective at treating insomnia than prescription drugs such as Ambien, for example.

Many medical marijuana patients (and several studies) have found that cannabis serves as an effective treatment option for depression. While it might not be right for everyone, research has shown that smoking pot has less serious side effects than those that have been attributed to taking anti-depressants. 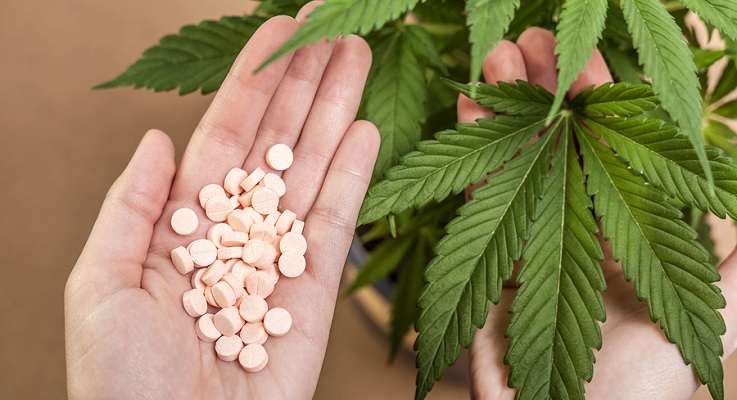