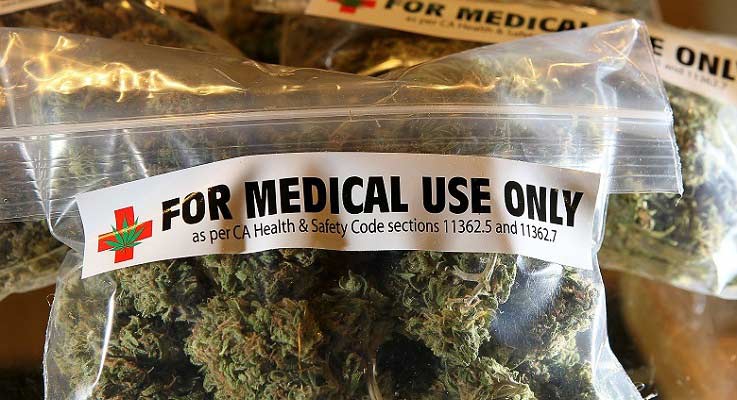 Ohioans might get to vote on legalizing medical marijuana this fall. So what do you need to know?

What’s the difference between medical marijuana and marijuana? What medical conditions is it used to treat? Do you smoke it?

After a recreational marijuana measure failed in Ohio last year, state legislators are now studying the issue of medical marijuana through public hearings and a House-appointed medicinal marijuana task force.

But questions asked at the task force’s first meeting indicated the panel members themselves don’t know much about marijuana.

So before national group Marijuana Policy Project puts a medical marijuana legalization measure on the November ballot, find out what it’s all about.

Here are answers to commonly asked questions about medical marijuana.

What’s the difference between medical marijuana and marijuana?

Medical or medicinal marijuana refers to its use, not the type of marijuana consumed. However, not all marijuana and marijuana products produce a “high,” and, often, those products are taken to treat medical conditions.

What medical conditions is marijuana used to treat?

However, a review of the most stringent medical marijuana studies did not find sufficient evidence marijuana actually benefits patients suffering from most conditions it is used for. The study, published last June in the Journal of the American Medical Association, found the strongest evidence supported use for chronic pain and for muscle stiffness in Multiple Sclerosis.

The researchers called for more high-quality studies, which thus-far have been limited by federal regulations on marijuana research.

How does it work?

Marijuana contains hundreds of chemical compounds called cannabinoids. Cannabinoids produce a reaction on endocannabinoid receptors in the brain and throughout the body.

The two most well-known cannabinoids in marijuana are cannabidiol, or CBD, and tetrahydrocannabinol, or THC.

What’s the difference between CBD and THC?

CBD is nonpsychoactive, which means it does not produce a “high.” Research has shown CBD may effectively treat epilepsy, anxiety and depression, and inflammation. THC attaches to receptors in the brain and affects motor coordination, appetite, pain sensitivity, and emotions. THC is used primarily to increase appetite and reduce nausea, but is also used to decrease pain, inflammation, and muscle control problems.

Some marijuana plants have been bred to contain low amounts of THC and high amounts of CBD.

Smoking marijuana delivers the fastest effects, but it produces many of the same carcinogens as smoking tobacco. Many patients opt to consume marijuana infused food (edibles), lotions, tinctures, oils, and transdermal patches.

Doctors cannot prescribe marijuana as they do other medications because it is illegal federally. Instead, in legal states, doctors “recommend” marijuana for patients with certain conditions, which courts have said falls within physicians’ First Amendment right to freedom of speech.

Can marijuana be put in pill form?

A third drug, Epidiolex, has been approved by the FDA for medical trials in Ohio and other states. Epidiolex contains CBD extracted from marijuana and is being studied in children with treatment-resistant epilepsy.

What other states have legalized medical marijuana?

Twenty-three states and Washington, D.C. have medical marijuana programs allowing patients meeting certain qualifications to purchase marijuana. Most of those states allow licensed dispensaries to sell marijuana to patients who have registered and show ID cards. Some states allow patients to grow their own marijuana or designate a caregiver to grow it for them.

Which state was the first to offer medical marijuana and how has it worked there?

California voters approved the Compassionate Use Act in 1996, which allowed Californians to obtain and use marijuana for medical purposes. California’s experience has been called the wild west of legalization and made an example of what not to do.

The measure didn’t establish a regulatory framework, so dispensaries proliferated with few rules and little oversight. An ID card system was put in place in 2004, but medical marijuana recommendations can be easily obtained for conditions such as sleeplessness or headaches after paying a fee.

California lawmakers last year enacted several bills to limit cultivation, mandate product testing, and otherwise regulate the industry. But several provisions won’t go into effect until 2017 or 2018, and Californians will vote whether to legalize recreational marijuana later this year.

The Official Guide To Being A Good Weed Citizen