An exclusive 11Alive poll shows the majority of Georgians want medical marijuana grown legally in their state. That support fueled a bill this legislative session, but after reviewing internal state emails, it seems the medical marijuana cultivation bill never stood a chance.

The emails came directly from the governor's office, and 11Alive is holding the powerful accountable on this issue.

The emails were sent between Macon Representative Allen Peake, the legislator directly behind medical marijuana legislation in Georgia, and Gov. Nathan Deal's office between November of 2015 and March of 2016.

Inside the medical marijuana community, Peake is known as the "Godfather." It's a title earned after his relentless pursuit to legalize cannabis oil for a small group of Georgians back in 2015.

With no way to purchase the oil here though, challenges remain, so Peake again in 2016 brought legislation to the table, only it appears the table was already set.

The timeline of emails starts in November 2015 with a fact-finding trip to Colorado that was organized by Peake.

On that trip, top members of Deal's staff and Georgia's top law enforcement officials got a behind the scenes look at the marijuana industry.

In email exchanges between the group following that trip, the words "nightmare", "mess", and "slippery slope" were used to express their concerns.

In mid-November, Peake organized another trip to either Minnesota or Connecticut. (See page one of this .PDF)

But in an email dated November 16, Ryan Teague, the governor's executive counsel said, "Need to shut down the other trips. Governor not supportive of any further trips on this issue."

Peake replied the next day and said he would visit on his own and, "I hope we won't let law enforcement's fear stop us from doing something good for our citizens." (See page 1 of .pdf)

Later that morning, the governor's chief of staff, Chris Riley, responded with a stern warning and an order, "There is no appetite to move any legislation, sign any legislation, or even gather additional information to write legislation on this issue. If you feel the need to continue to pursue this, I am going to need you to step down as a floor leader because I don't want you to be embarrassed when the governor states this in a public setting and you're left holding the bag."

That email from Riley to Peake shows the governor's mind was already made up even though it was sent a month before the Georgia Commission on Medical Cannabis had its final meeting.

That is the group that was created to help guide the governor on the marijuana cultivation issue. All the members were appointed by Governor Deal after House Bill 1 was signed into law in 2015.

At their last meeting on Dec. 9, the commission's members voted against recommending in state cultivation to the governor.

Peake stepped down from his position as a House floor leader on Dec. 21 citing business priorities and a difference of opinion on legislation with Gov. Deal.

His in-state cultivation bill was submitted on Jan. 6.

In an email dated February 14 to the governor's office (See page 3 of PDF) , Peake asked if, "there was some type of discussion on the medical cannabis cultivation issue that might earn the governor's eventual signature and possibly his support."

Later that day Riley responded, "Happy Sunday. In light of me heading to church and wanting to spend time with my family, listening to the sermon and applying it to my Christian walk, I am going to refrain from responding to the subject of your email until tomorrow. The last 20 legislative days have been extremely defining and disappointing to the governor personally on this issue. Again we will reach out tomorrow with an official response. I hope you have a wonderful day."

There was another exchange a couple of days later on February 16th. (Page 5 and 6)

Riley the Chief of Staff said, "As long as this product is a schedule I narcotic at the federal level we keep running into too many risk(s)."

Peake quickly responded with another plea, strongly advocating for his plan, and hoping to work toward a solution.

An hour later Riley responded with, "The governor respectfully disagrees as long as this product is a schedule I narcotic and a violation of federal law to possess. As you know we tried to work with you, we have exhausted every effort to work with you but when you go on public TV and accuse the governor of not wanting to help the children of Georgia, have social media descend on the governor with threats by the dozens, you have taken the issue out of our hands and made it an Allen Peake only issue. Therefore the only position left for the governor is the law. It is a schedule I narcotic."

A few days later, on Feb. 22, Peake took cultivation out of the bill before it passed a House committee.

Peake did not want to comment on the record for this story.

The Governor's Deputy Chief of Staff for Communications Jen Talaber sent a statement to 11Alive News.

"For more than two years now, the governor has repeatedly said that Georgia would not become Colorado. He expressed those concerns both publicly and privately to media, legislators and other stakeholders. Further, there was no existing legislation at the time of these conversations, just discussion surrounding the issue. The governor's office was asked for input and provided one consistent with governor's long-held opinion (which I'll remind you again he made public repeatedly) as well as the Cannabis Commission's recommendation. Finally, the governor's floor leaders represent him in the General Assembly. Rep. Peake understood that floor leaders can't radically diverge from the governor's opinion on an issue of this magnitude. That is one of the reasons Rep. Peake made the decision to step down–in order to devote his full attention to this issue." 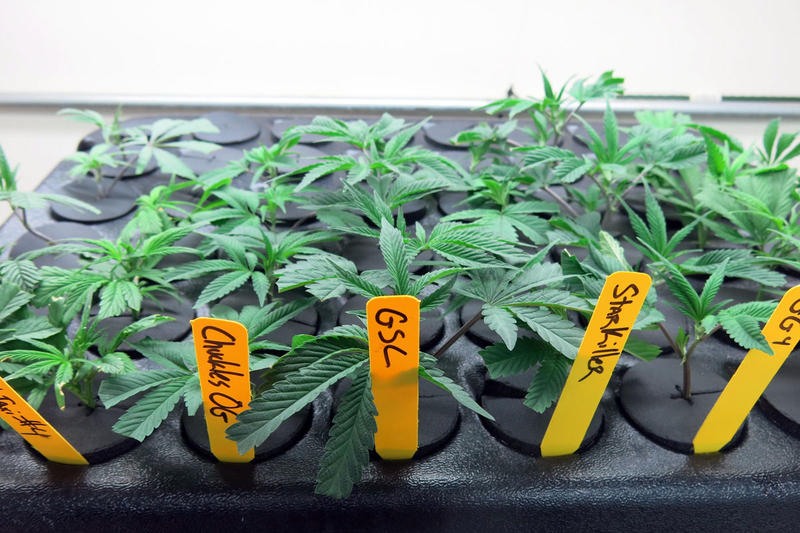