Hemp Poised To Take Off As New Zealand's Next Big Industry

Commercial hemp could play a major role as a cash crop on farms as industries move from synthetic to more natural materials.

The plant could be a major earner as countries start to shift towards a more plant-based economy, says grower David Jordan.

"If you put yourself into the future and look at what is coming, hemp is one of those things that is coming of age in the new economy that's on the way."

Jordan has been growing the crop at The Hemp Farm in north Waikato since 2008 and was undeterred that New Zealand's hemp growing industry had lagged behind the rest of the world.

"It doesn't matter about being behind, there's plenty of room for us to make a damn good industry in this country."

About 40 commercial growers were in New Zealand and most of them operated on a small scale.

Jordan said the lack of uptake from farmers was due to too many being less open-minded than growers in other countries.

"The rest of the world is jumping on board and getting stuck into it and New Zealand is still in denial, so people are just business as usual but some people are starting to see what is coming."

Hemp sequestered carbon from the atmosphere and improved soils, he said.

For livestock farmers, it could provide animal bedding, stockfeed or a secondary income if sold commercially.

A viable hemp industry needed critical mass and a capital injection to help establish a processing facility if it was to move beyond a cottage to a broad acre industry, he said.

He planned to grow 12 hectares this year and the seed from that crop would be enough for further expansion. To build it up to 100ha required "the will of more vision seeking farmers".

The hemp Jordan grows was used for research and development as well as selling hemp seed oil, facial serum, oil capsules and "animal hemp powder" at his online shop.

Once harvested, the fibre, seed and hurd (core) can be integrated in existing industries. Worldwide, the hurd is used in animal bedding, housing materials and paper. The fibre was used in a wide range of industries including textiles and composite materials.

Hemp was a 126-day crop and could be used either as an annual or rotation crop. Hemp crops are planted in October, harvested in March followed by a winter grass rotation before being sown back into hemp the following October. A typical yield would be about 10 tonnes a hectare, Jordan said.

Establishment costs were similar to maize but there was limited machinery available for harvesting tall hemp crops. Jordan's own crop was harvested by hand and with a baler.

He was still searching for a better harvesting method and was confident Kiwi farmer ingenuity could find a solution.

"Our plan is to have a dedicated hemp farm and that hemp farm is going to have a processing and distribution facility on it and it will grow from there."

A market already existed with businesses worldwide wanting hemp and industries trialling products with amazing results. The companies were asking growers if they could consistently supply them with the product, he said.

Hemp campaigners have been raising awareness of the potential to build a multi-million dollar hemp industry in a week of events ending September 25. The Hemp Industries Association will be meeting with the Ministry of Health, farmers and the public in a push to raise the profile of the plant.

Hemp seed also has potential as a food source. Australia and New Zealand are the only countries in the world where the seed is banned for human consumption apart from hempseed oil which is available in New Zealand.

That could change in November when Food Safety Australia New Zealand votes to decide whether to repeal this ban and allow hemp seed to be used for sale for consumption. 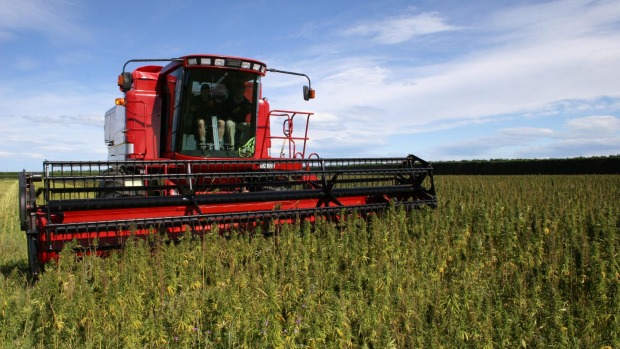