Thinking about buying an LED grow light for a mini grow I am going to do. Maximum is 2 plants. I've been using CFL, but I want to switch to full spectrum LED. I really don't know much about them, so I was wondering if someone can tell me if this could be a good pick for that:
LED Grow Light for Indoor Plants Growing Lamp 289 LEDs 150W Red Blue Spectrum Full Aluminum Dimmable Plant Lights Bulb Panel for Hydroponics Greenhouse Germination Seedling Veg and Flower by Venoya

Thank you so much!
Last edited by a moderator: Sep 10, 2018
My solo cup grow is finally in flower! Solo Cup: 2 Different, Unknown Strains

if you look at the specs for this light, it states that it's only pulling 45 watts from the wall.
I don't see how you're going to grow much of anything with this fixture, perhaps good for seedlings?
QB FTW

Stunned said:
if you look at the specs for this light, it states that it's only pulling 45 watts from the wall.
I don't see how you're going to grow much of anything with this fixture, perhaps good for seedlings?
Click to expand...


I read that as well. Whenever I looked into the question/answer page someone asked that question. Someone responded
: is this 150W equivalent for real? or is it the same as the 45W panel out there andYes, it can replace 150W HPS grow light. This light is different from the 45W panel out there whose actual power is only around 30W with 225 LEDs. This one is being with 289 super bright LEDs and 45W actual power, made with thick aluminium to get excellent cooling capacity, with PMMA clear cover to protect the LEDs. DC24V safe voltage used to lamp body and can be dimmable. Read the details and you will find the difference.
My solo cup grow is finally in flower! Solo Cup: 2 Different, Unknown Strains


Ought to be good for a square foot. If the LEDs are of real good quality (kind of doubtful, TBH) and/or you're going with an auto-flowering strain, maybe two square feet (IMHO).

What size space are you looking at? For not much more money, you should be able to find a cheap 150-watt HPS "all in one" fixture, and those are good for around three square feet of garden space. A little effort and some decent wire, and you could "remote" its ballast if you so chose (but these things don't produce a substantial amount of heat). You'll not (productively, at least) be growing trees with this - or any other light in the lower-end of the price range, for that matter - type of setup, but as long as you are aware of the limitations, in terms of canopy penetration, and train your plant(s) accordingly, you should be able to produce a crop of decent buds. Not pounds, obviously - but some.

Let me see if I still have a 150-watt HPS grow bookmarked... Yes, okay, here's one that's decent. Not the best, not the worst - but pretty good. He used a 150-watt HPS to cover four-and-a-half square feet (18"x36"), which is a bit too large, IMHO, but he still managed. If growing autos, you could consider such a light more reasonable for that size space, because you'd be able to run the light 18 hours per day during the flowering phase (some folks run 20 hours per day or even more with autos).

BtW, he used a Sun System 150, and a quick web search shows me that it's selling new on Amazon for $74.95 with free shipping. It's just a basic high pressure sodium setup, but everything is included, even the bulb. The 150-watt bulbs are real cheap. I wouldn't expect anything else to fail for years (if even then, lol) - but if something did, parts for such things are available at any decent electrical supply house for cheap. Looks like Joe got around 3¼ ounces of bud (plus an ounce of "sugar leaves" for making butter) from that little light.
150W HPS - 18 pics - 9 weeks flower

Or you could look at something from one of the lower-end (in price, I mean) LED companies that are forum sponsors, such as GROWant or Mars-Hydro.
Respectfully,
Tortured Soul

I would recommend you to check out quantum board 132. Doesn't require a heat sink, stays cool/warm and has great light penetration. High quality LED chips too which is awesome(top of the line chips). Each board is 75 Watts Max (though I've pushed them higher than that for 100w each, just to test)
I'm sure there are some kits on Amazon. Most qbs are diy for the frame and wiring into a driver(power supply) u would also need if not included in a kit.
2 of the qb132 pushing 150watts draw would be plenty for 2 plants, especially since its higher quality chips. I was once told you want 50 Watts per square foot with leds, but with qbs you can do 30w/ a square foot because they are so efficient.

I have 12 of these boards running in sets of 4 under 1 driver (3 drivers total) and I'm impressed how very well they are doing. Blows the competition away IMO. I'll never buy pre built lights again unless I see them using same(or better) led chips as the qbs 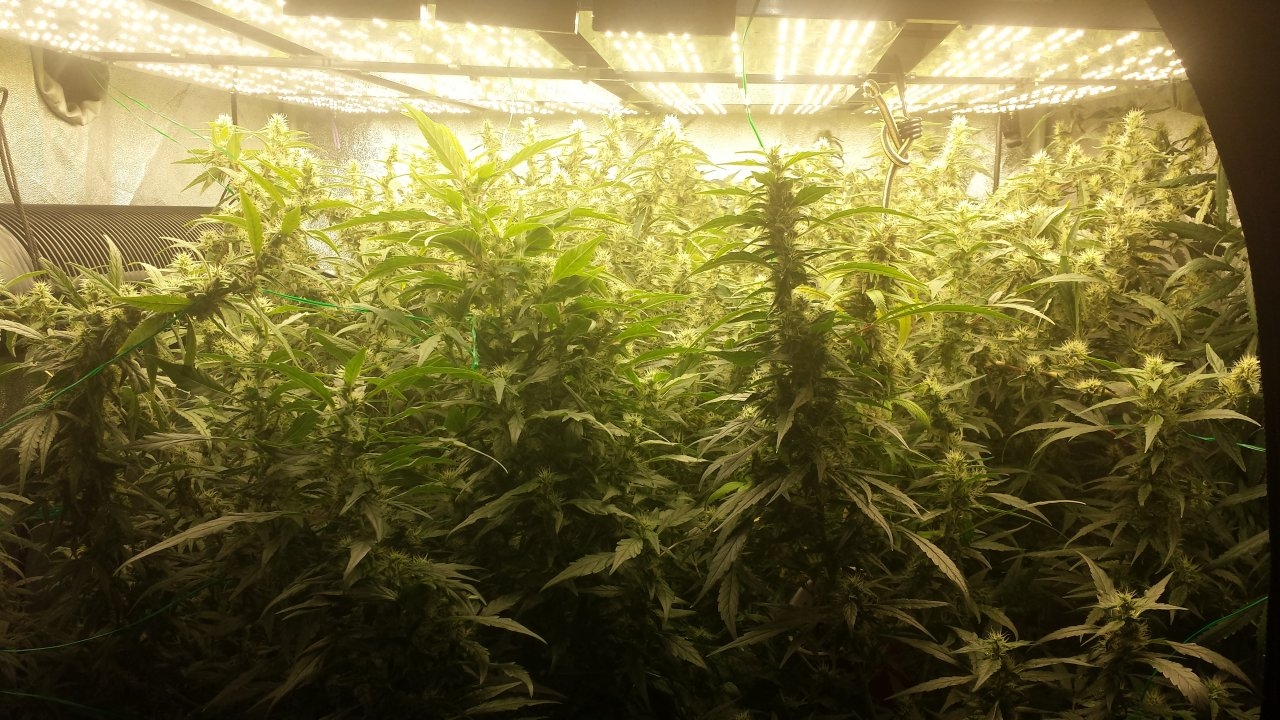 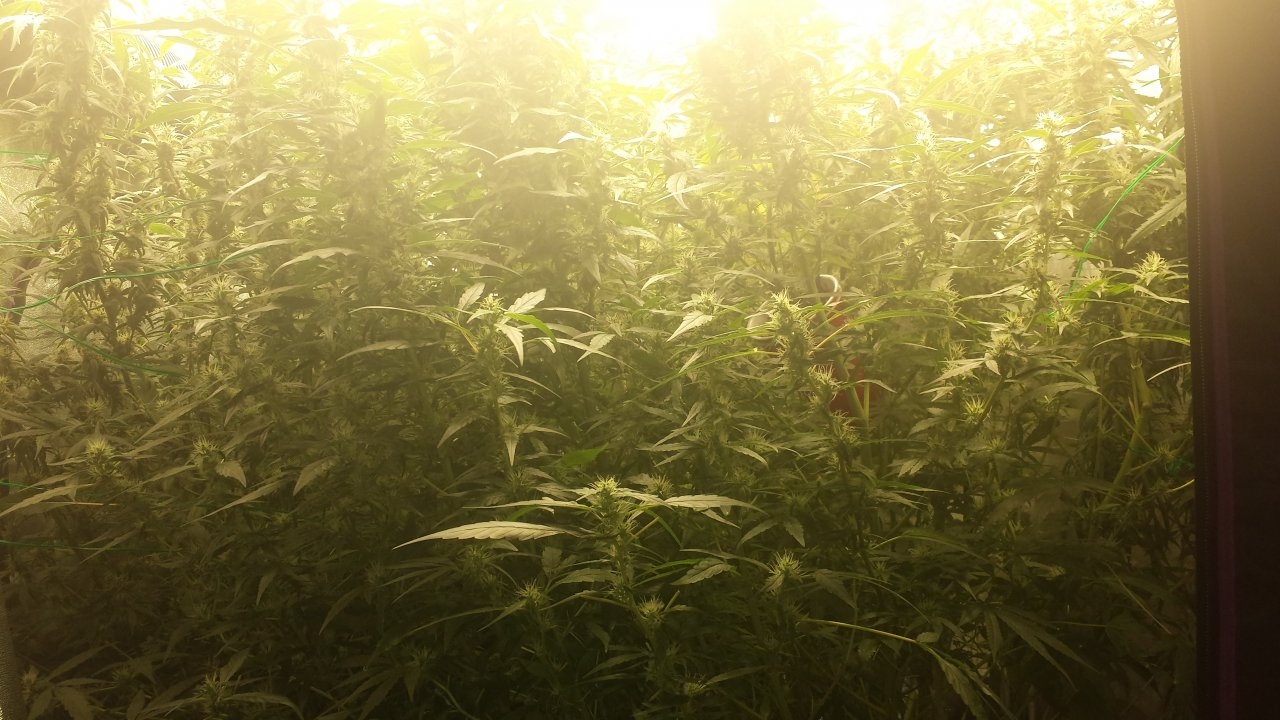 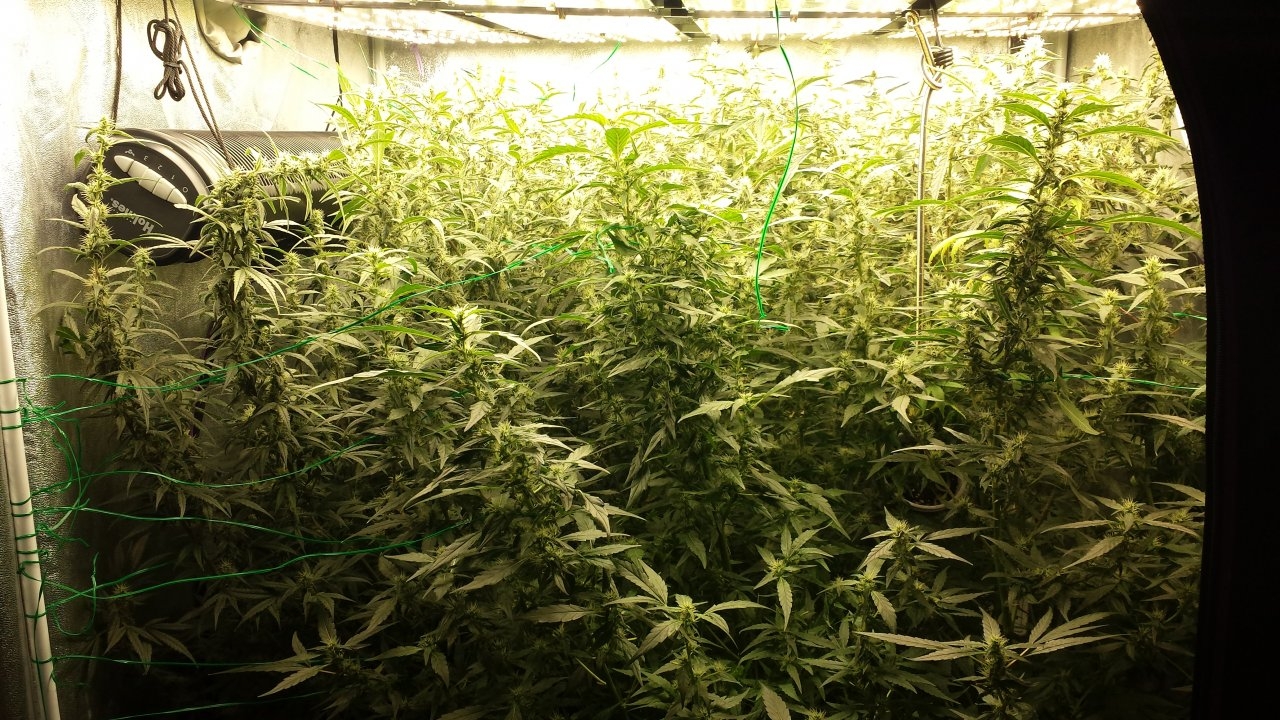 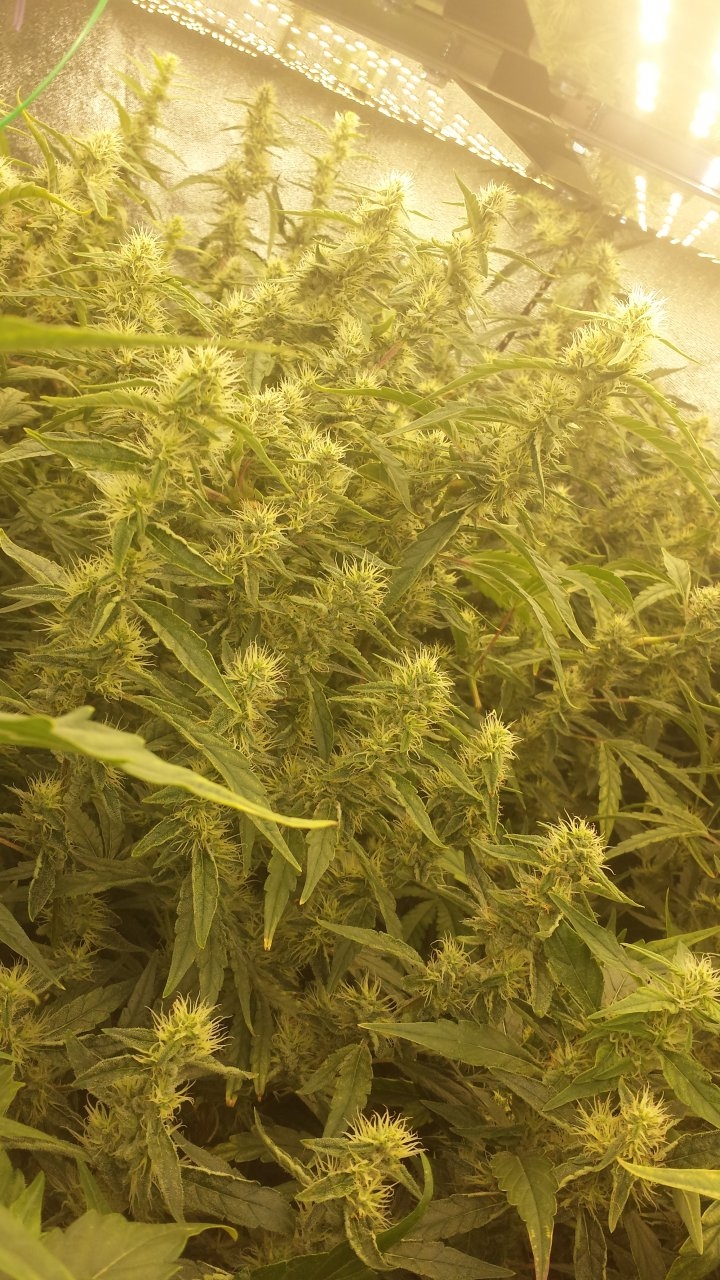 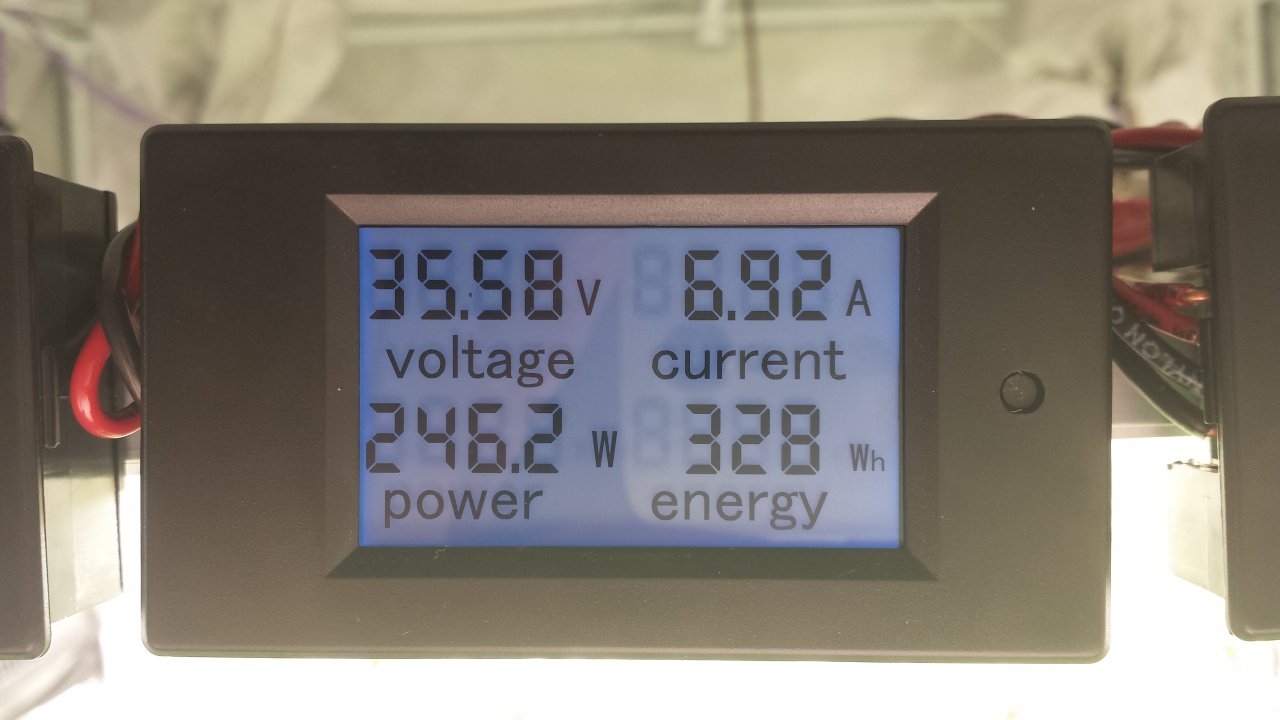 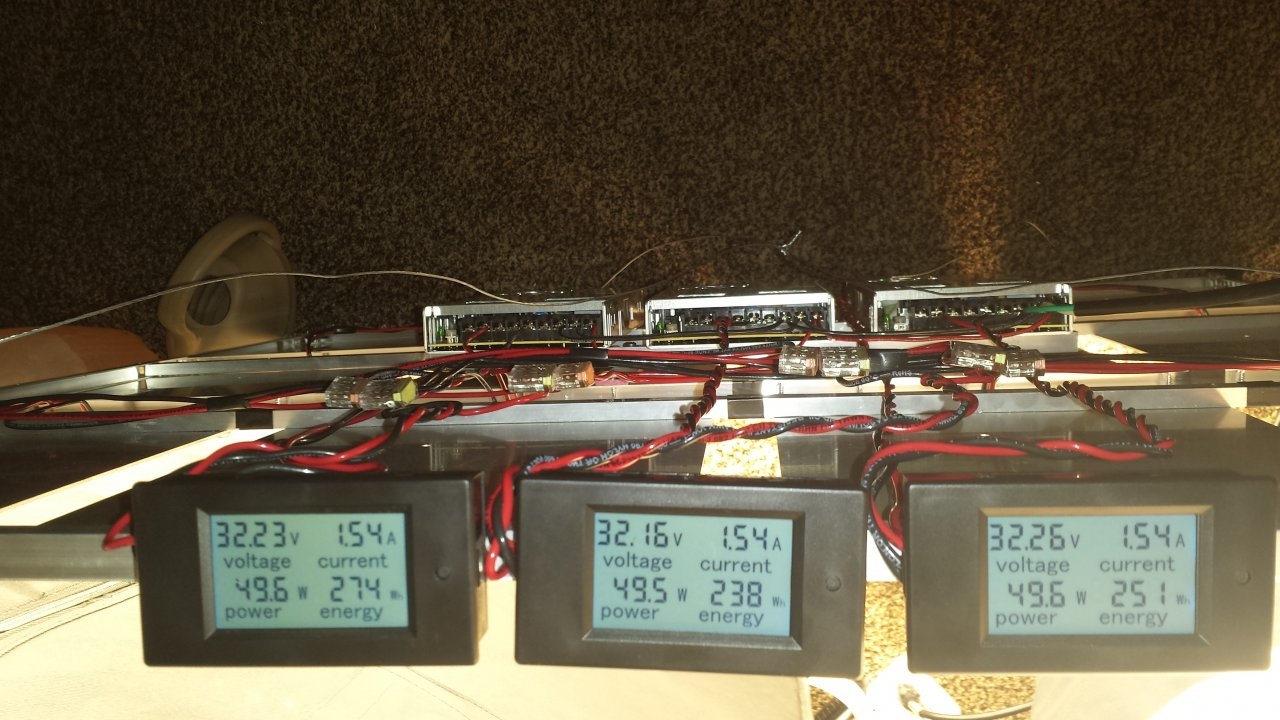 Love that light setup you have Vyserage!

Thanks
After using the vipar 600 x2, then the Mars 1600, I'm extremely happy with qbs. Plus that light coverage is awesome. Ability to monitor the power output at the boards and to change it on the go is gonna be perfect for low wattage vegging.
My First ever Grow (Soil):
Vyserage's First Indoor Soil Grow - 2017

Hydroponic light? Can this be used for organic?