Smoke City Board Game Is Finally A 420 Magazine Sponsor! Hi Everyone!

Hi everyone! My name's Heikki, the lead designer of Smoke City Board Game. I've never been much of a poster, even though I've lurked a ton on this forum.

For the past 3 years, I've been developing a board game about stoners, and now after a huge amount of effort, designing and playtesting with a bunch of friends and enemies, everything is coming together really well. You'll probably see me here quite a lot, now that our website has been released.

And we just got our sponsor status verified! Woohoo!

Players run around city, complete quests, smoke weed as much as they can and try to hinder their opponents' game as much as they can. Despite the game's theme, the game is pretty fast paced cutthroat action, where situations may change pretty quick and players need to adapt quickly. If you have played Magic the Gathering or other competitive card games, you might see a surprising amount of similarities in Smoke City.

Our Kickstarter / Indiegogo campaign opening date is on 4 / 20

Depending on the number of orders, 10-20% of all profits from the game will be used for legalization efforts through charities and our own lobbying work. The more orders, the bigger percentage! I love the cannabis community (especially I think 420mag forums are absolutely the shit) and I want to give back and make progress and do my part in the legalization effort! I believe there's a global legalization wave going around the world and I want to be part of the final push to get things rolling!

The US already has made great advances towards legalization and I believe 2016 will bring another set of big changes!

Now, here's something you might want to check out: We've started a strain picture contest! Check it out and win a free board game!

This is very much a grass roots beginning - I don't have many connections to people in US or canada! The game really is a good one, it's a shame if people don't know about it! If you have any ideas or connections you could suggest, please help me out! Tell other people and share the game on social media! I appreciate very much all help you can give me!

Thanks a million,
Heikki 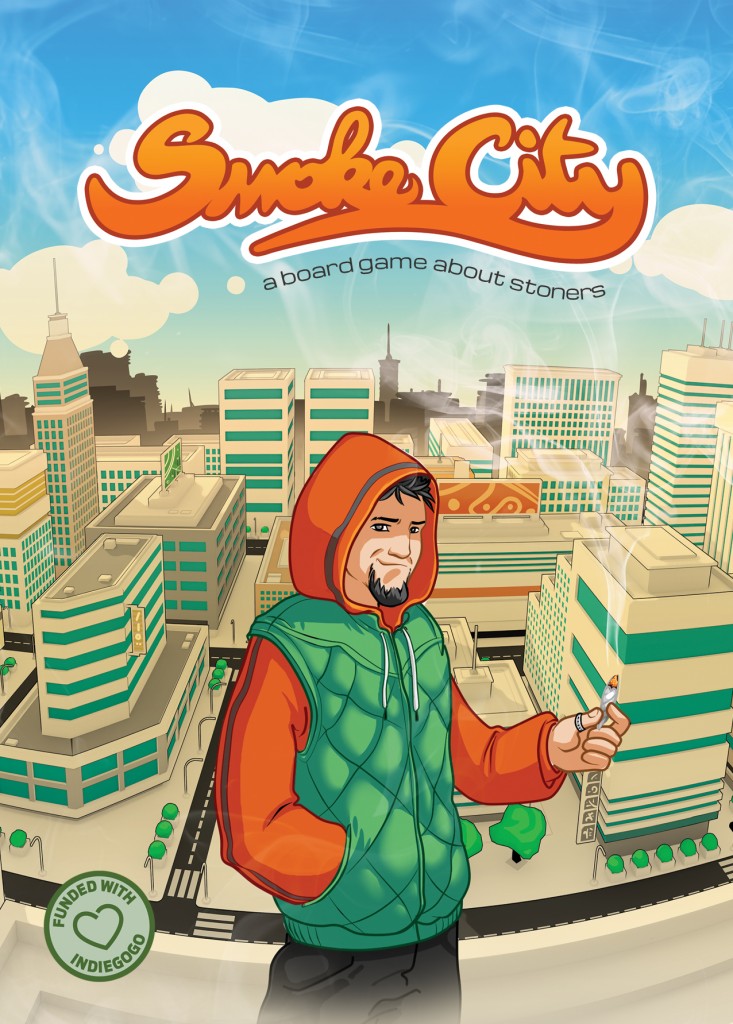 Smoke City - A board game about stoners!

Our Indiegogo campaign has launched!

Check out out official discussion thread!

Huh? What are you still here for? Go buy the game and be a part of the movement!

Part of the profits will be used in the work towards global legalization! Help us make the push for a greener future!
https://www.smokecity.net​

What a cool board game. It's been so long since board games were popular, hope this game is well received. Thanks for supporting the best cannabis culture and grow community online. Hope to see more of this game...

Welcome aboard and thanks for your sponsorship.

The Roost - Where dreams come true.
Show some love and visit ourSPONSORS

Don't forget to Vote in our MonthlyCONTESTS

T
Aspen Goes To Pot In New Board Game