The Herbalizer: Review by Doc Bud

The Herbalizer: Table Top Vape Review By Doc Bud​
It seems like I am always coming face to face with my limitations as a writer. For example; trying to express how much I like this vaporizer in printed word is proving to be a very difficult task.

Let me start by saying that this wonderful appliance has improved my enjoyment of legal, medicinal cannabis tremendously. There are many features that we'll discuss below, but the single best feature of this vaporizer is the precise temperature control, which guarantees the hot air flowing over the material in the chamber is exactly the temperature the display is reading. This is what sets this vaporizer in a category of its own. The rest of the features are just convenient, cool and fun.

The packaging of this product is excellent and there were zero issues with shipping. The Herbalizer has a storage area that is pre-stocked with the following:

All of the above items are stored securely in their own area in the upper half of the shell.

The lower half of the shell features a whip storage area and the main controls for the vaporizer. Due to the clamshell design, the Herbalizer packs up very well and fits perfectly into a small carry-on suitcase packed for a long, romantic weekend at a resort or some dreadful corporate retreat. Vaporizing is not smoking and leaves no odor or stains behind. 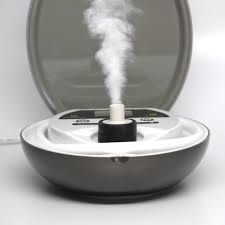 A small on-board computer, simple buttons and a nice display makes operating the unit intuitive. Plug the unit in and it powers on. Press the "VaporTherapy" button and the temperature of the vapor is clearly seen on the screen. The temperature is easily adjusted up and down by using the "plus" and "minus" buttons , both of which are clearly displayed. That's really all you need to know to operate the vaporizer. 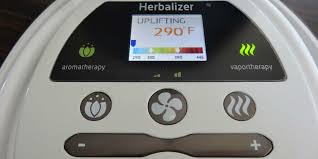 The herb chamber is magnetic which makes it easy to take on and off the Herbalizer. It is also coated with a silicone ring which keeps fingers from getting burned. A quick, easy twist is all it takes to open the chamber, clean it and load it with your favorite herbal material. 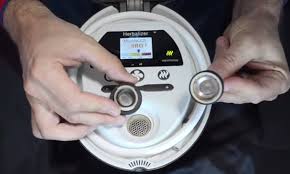 The quality of vapor this machine puts out is unsurpassed. Vaporizing is a simple matter of drawing precisely heated air over plant material which brings oils to their vapor point which liberates terpenes and cannabinoids, which are then drawn into a person's lungs. This is a medically safe process that has no negative effects on lung tissue. Vaporizing is the healthiest manner to ingest medicinal cannabis into the lungs and the Herbalizer does this as good or better than the next best vaporizer on the market. The herbalizer isn't the only device on the market that can produce clean healthy vapor, but it does produce the highest quality vapor possible.

You can use dry herb or concentrates; the Herbalizer will turn either one into premium vapor in no time at all.

All of that is well and good. However, as I alluded to at the beginning of the article, there is a very unique aspect to this appliance that is a game-changer, in my opinion.

It is the easy and precise ability to control temperatures from 290 to 445 degrees that sets this vaporizer apart from and above the other high-end table top vaporizers. 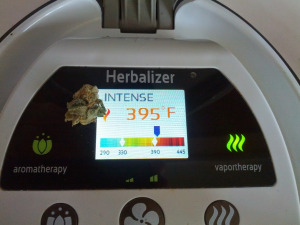 The herbalizer accomplishes this important function by varying current to a special lightbulb for the heat source, and by employing a temperature probe that measures the hot air being drawn over the material being vaped. The other vaporizers on the market might measure the temperature of the heating element, or the temperature of the air near the heating element, but the Herbalizer measures the exact temp of the air that is actually doing the vaporizing.

This feature changes everything!

I'll tell a little personal story about my recent use with the Herbalizer that will hopefully allow a reader to understand just how much of an improvement in medicinal cannabis delivery this appliance can be.

It is a fact that various terpenes and cannabinoids vaporize at different temperatures. Dried leaf material catches on fire and burns at about 451 degrees, but some terpenes in cannabis resin begin to vaporize below 200 degrees, and on the way up we find that the cannabinoid THC changes state to vapor at 318-340 , CBD at 320 to 356, with CBN hitting at 365.

So, I took one of the four balloons that are standard equipment with the Herbalizer , pressed the "assist" button, which turns on a small fan that blows air through the vaping material and filled up the balloon with 300 degree air and set it aside. It had a nice, light visible vapor with lovely flavor. This bag included mostly terpenes and very little, if any of the cannabinoids.

Then, I bumped the temperature up to 318 degrees let the Herbalizer "boil off" all the THC without a balloon attached to the the Hebalizer. This took about 40 seconds. It is suggested by the manufacturer that a person should continue to vaporize THC up to 340 degrees to eliminate all of it.

After the THC was largely vaporized away, I again increased the temperature up to 400 degrees and filled up another bag with all the un-vaporized terpenes and cannabinoids left in the sample, which were largely CBD and CBN. Combining the "early" vapor, which has a calming, uplifting effect with the CBD/CBN vapor created the most relaxing, effective dose of medical cannabis that I ever experienced, and believe me, I've had plenty of medical cannabis in my day!

The very slight cognitive impairment felt with the above cocktail vanished in under twenty minutes. However, I was left with the most uplifting and happy sensation, coupled with very relaxed muscles and absolutely no joint pain at all. I felt more flexible within minutes of consuming two custom blended bags of terpene/CBD/CBN vapor.

This was a unique experience for me and opened up an entire new vista of "vapor cocktail" creation and enjoyment. A person could strive for an all CBD cocktail, or they could try to isolate THC and concentrate that aspect of the terpene/cannabinoid profile if that is the desired effect.

If a person finds themselves stuck in a hotel room for a weekend sales training and motivation seminar, they can always opt to merely turn the Herbalizer up to 395 and ingest all the vapor and just get high. There's no need to get technical every time a person uses the Herbalizer, but the ability to customize dosage is an incredible feature.

I could go on and on about the convenience of the features and accessories that are included with the Herbalizer. Let me just say that this machine literally comes with everything a person needs to vaporize medicinal herbs and oils....it even comes with mint and an essential oil blend, both of which are delightful.

Every accessory has its own storage area. The cheese grater fits perfectly over the herb storage container and both pack away safely in the upper shell of the vaporizer. Little parts and pieces won't get lost or left behind this way. This unit was designed by some very clever engineers, and the quality of construction and intelligence in the design comes through loud and clear.

Instant heat, precise temperature control, a carefully chosen panoply of tools and accessories, intuitive operation, sleek easy design and unsurpassed quality of vapor production are the hallmarks of the Herbalizer.

As far as this writer is concerned, the Herbalizer sets the standard for medical vaporizers. There is simply nothing on the market that combines all these features along with exquisite vapor production in a convenient package....nothing except the Herbalizer.

No review would be complete without mentioning negatives or suggesting improvements, so I'll mention the only negative aspect of this machine:

The whip separates from the unit too easily. That's all. You just have to be careful it doesn't come off, especially if you stretch it while using it, which often happens when sharing with another person. This small issue might not be universal with all the Herbalizers, but it was the only "downside" to mine.

A suggestion for improvement on future models would be to include a multiuser/whip function with a larger vapor chamber, and possibly include some pre-programmed cocktail sequences for users who aren't cannabis geeks and who may not have memorized vapor points for various terpenes and cannabinoids.

But these are small things! The simple fact of the matter is the Herbalizer sits on top of the growing vaporizer market and reigns supreme as the most effective medical cannabis device in existence at this time.

Well done Herbalizer! You have created a godsend for medical cannabis users and have increased the quality of life for what I hope are hundreds of thousands of people.

Bravo Herbalizer! Two green thumbs up on this one! 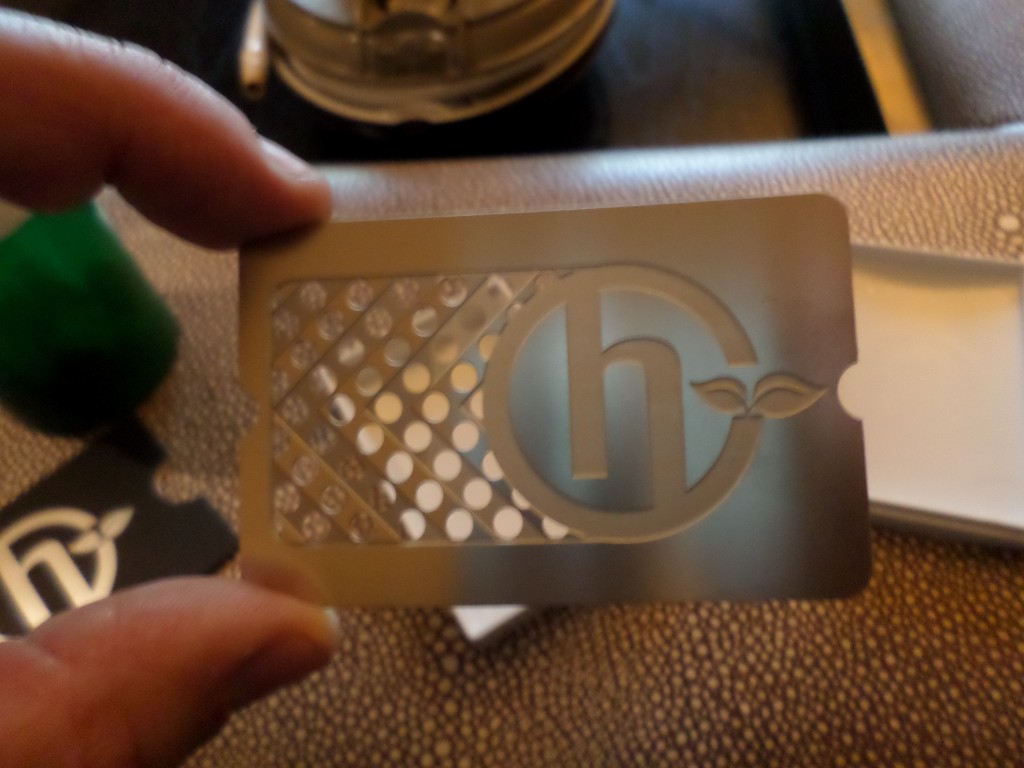 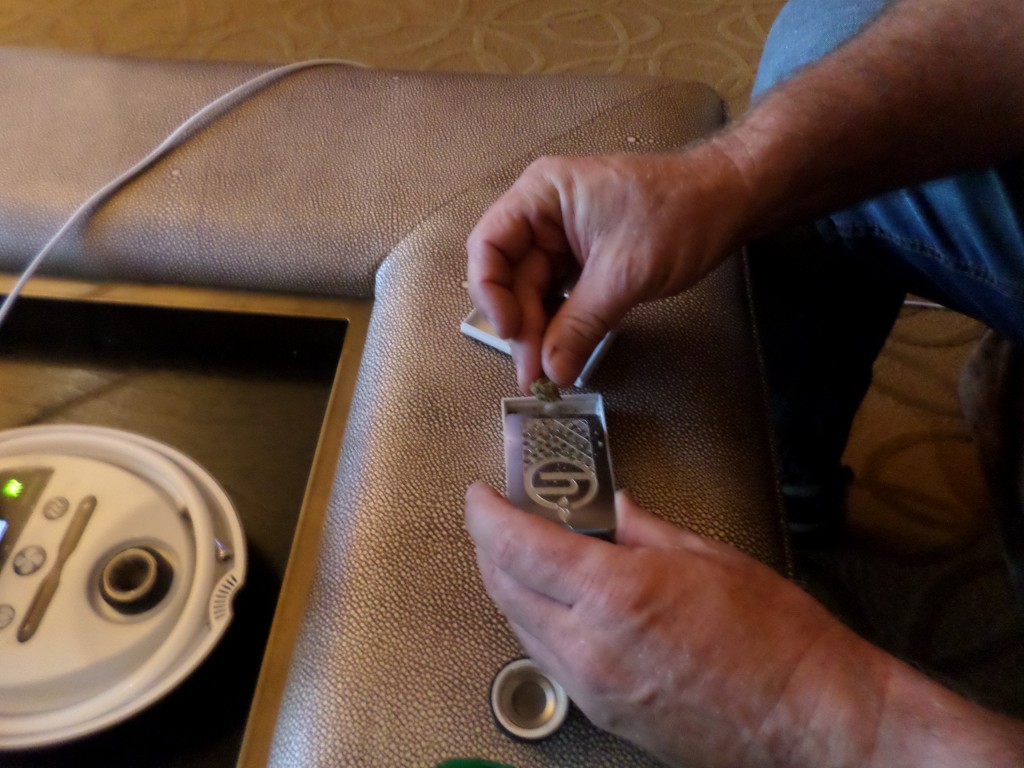 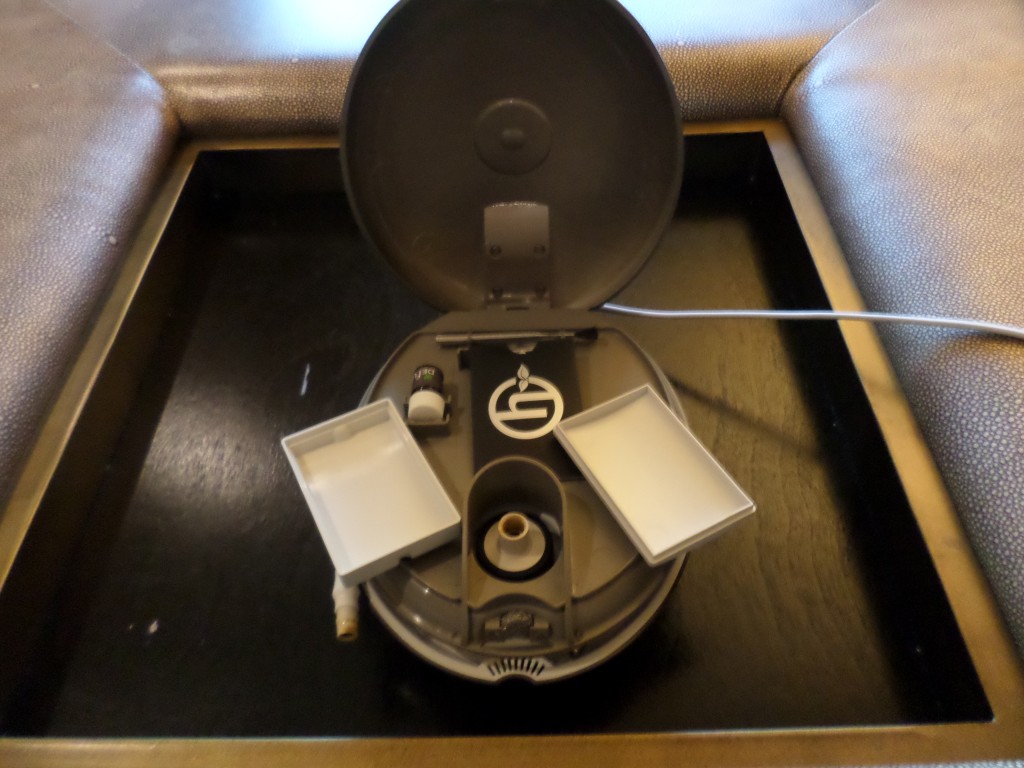 
THE BEST WEED HAS YET TO BE GROWN​
iWeed!​
T

I'll keep my old school VOLCANO and glass VAPORDOME attachment with 2 hookah hoses. I think you are too hung up on the little storage areas, myself. The volcano started it all and still remains the best overall IMHO. All the rest is just a bunch of hot air.
Peace Out

Great review. The one thing that keeps me liking the Volcano is that the Herbalizer was slower to fill the bag and would not produce as thick bags of vapor which is my preference at times. I do agree that the whip could be improved on. I do like how there is a whip option over the Volcano. It is nice that the price has dropped a little lately as well. I can see how the Herbalizer would appeal to many for the refinements they have added and their unique halogen heater. I think what says it all is the Volcano is made in Germany and the Herbalizer is a high tech California NASA quality gadget and both work very well. Meaning either one will bring you so much joy! haha

Thanks again for the review Doc!

Review of the Arizer Extreme Q Vaporizer Provided by Vaporizers.net
2 3 4