I am growing some Mendo outdoors. Recently I removed a large portion of the largest (oldest) leaves from two of my ladies. A few days later it rained all day. Then both of them began producing 3 pointed leaves instead of 5 to seven pointed like I had just removed and had been producing for 2 months. Both had begun flowering before this rain hit as well. I am worried that this stress will cause them to become males do I need to worry?

I have other plants in the same garden that did not react this way to the storm, they are older and of different strains Super Lemon Haze and Lucy.
This is what I hope, the plants have gone back into veg, but at an earlier stage and this new growth means that she will be a monster.
Last edited: Jul 4, 2011
The Rules of 420Magazine.com
How to grow Cannabis , what you need to know
Smoke2Js Magic Garden: Mother Room, Featuring ACDC with 20%CBD ,up and running
Smoke2Js Magic Garden: Outdoor fun in the sun, spring, summer, fall, and winter.
Smoke2Js Magic Garden: Beginning to understand her, pull up a chair, smoke a fatty ,and have some lemonade
Smoke2Js Magic Garden: Adventures in Breeding , always under way
420Magazine.com contests
Lucy complete
SLH complete

Going back into veg while make them throw off the weird leaves. That's just the way they are, some of mine are doing that now too!

It is possible that stress could make some hermie but... probably not and then there isn't much you can do about that anyways... gotta just let'em rip!
Forum Guidelines

Thanks Cap, good to know your girls are reacting the same way.

Yeah, they do that when going back to veg. I bet you will see some strange veg growth for a while... I am!

The ones that are coming back into veg will exhibit some strange looking leaves.
They will also be bushier than heck in the places that were starting to show flowers... I have been having to thin like a mad man.
Forum Guidelines

Now they look like this. Three pointed leaves and buds. 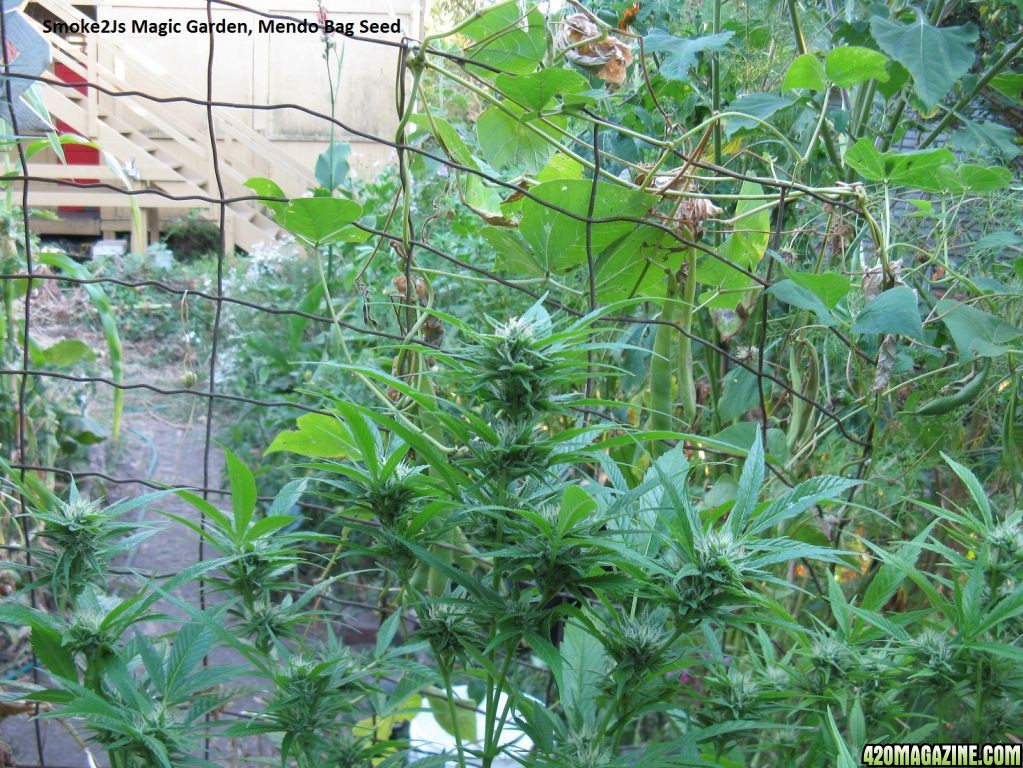