Border Patrol agents seized more than $500,000 worth of marijuana after a vehicle pursuit east of Douglas on Sunday night, according to U.S. Customs and Border Protection.

Agents started to pursue the suspicious vehicle after it was spotted by another agent operating surveillance technology.

As an agent pulled alongside the vehicle to speak with the driver, the driver turned around and began to flee toward Mexico.

Agents tried to stop the vehicle, a Chevy Tahoe, but the driver did not stop until reaching the international border.

Authorities say the driver and passenger then fled into Mexico on foot.

Following the pursuit, agents located more than 1,000 pounds of marijuana bundles inside the vehicle. 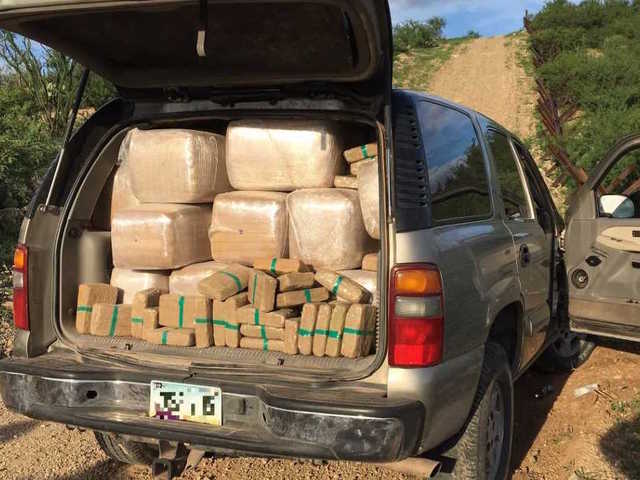