Yolo County will continue wading into the uncertain waters of a once-illegal industry to keep up with the state's changing political landscape.

Although supervisors were underwhelmed this week by county staff's proposed fee schedule to recoup costs associated with their interim marijuana ordinance, the Board unanimously approved it as a starting point to keep local families from having to subsidize the voluntary industry with their tax dollars.

Based on staff estimates, at least $500,000 of the county's General Fund money has been used thus far to do work on the budding industry. The Board agreed that the county should not be subsidizing any local industries.

According to preliminary numbers, Yolo County stands to raise up to $3.2 million with the proposed schedule. The estimate is based on the approximately 100 grows that may soon be fully permitted. Ag Department staff report that there are currently 38 fully vetted parcels and 56 that are qualified, but not fully processed.

The proposed schedule entails a $1,500 application fee and a $7,600 initial permit fee. There will also be annual certification fees for CBD dominant and THC dominant grows. The former will cost $1.60 per square foot and the latter $2.48 per square foot. THC dominant grows will be charged more due to the criminal element that can be associated with them and thus needing additional security. Growers in violation of any of the county's terms will be charged $142 per hour that staff are out doing enforcement efforts.

The permit inspections and enforcement action are conducted by the multidisciplinary taskforce, that includes Buildings and Environmental Health from Community Services, the Department of Agriculture, the Sheriff's Office and the District Attorney's Office. There will also be collaboration between county fire chiefs, the Department of Water Resources, the Air Quality Management District and other state agencies.

Ag Department staff admitted Tuesday, however, that the projected revenues will likely change based on how many parcels are ultimately approved, what the size of each parcel ends up being and what type of marijuana is being grown.

County Administrator Patrick Blacklock called the numbers a "preliminary estimate" that has been changing on almost a weekly basis as the county trudges through the complications of setting up a new business.

Supervisor Oscar Villegas voiced his concern that staff estimates might be too low and that the county could end up having an issue covering costs. "I would rather rachet down," he added.

Supervisor Duane Chamberlain also pointed to a potential loophole in which growers may try to claim that they are an indoor grow to get out of fee payments since the county has yet to address indoor cultivation.

Several residents also approached the Board urging them to keep in mind medicinal marijuana patients which will still need access to the product. Others, expressed their confusion about the ordinance which has been in flux for the past six months. One Navajo tribesman even went as far as to chant for supervisors before asking them to protect natural medicines.

To address the confusion element, supervisors directed county staff to put up and keep updated a "frequently asked questions" section on their website.

Supervisor Don Saylor noted his preference for more clarity, commenting, "I'd like to see a stronger analytical framework for these fees ... I don't think we're there yet, but we have to get started."

"We may change these laws at any time," Chamberlain warned those wanting to get involved in the industry. "We're just getting started."

The Board unanimously approved the initial fee proposal, with fine tuning and tax revenue options still in the works.

Once formally approved, the fee schedule is not projected to take effect until March as staff will need time to put together a package.

Supervisors also approved further action on prohibiting the processing of any permits that were not submitted by 5 p.m. on Tuesday, Oct. 11 - with only Supervisor Matt Rexroad dissenting. Qualified patients may still cultivate medical marijuana at their home in an area not exceeding 100 square feet. Also, those who submitted notice to the Central Valley Regional Water Board by the Oct. 11 deadline and owned the parcel on which they proposed to grow will be considered for approval. Those who do not meet these terms will not be able to get a permit until such time as the prohibition is lifted.

County staff will return with estimates on the number of qualified parcels and tax options at their Dec. 13 meeting. Changes do not need to be implemented immediately because much of the state law and its permitting scheme will not go into effect until Jan. 1, 2018. 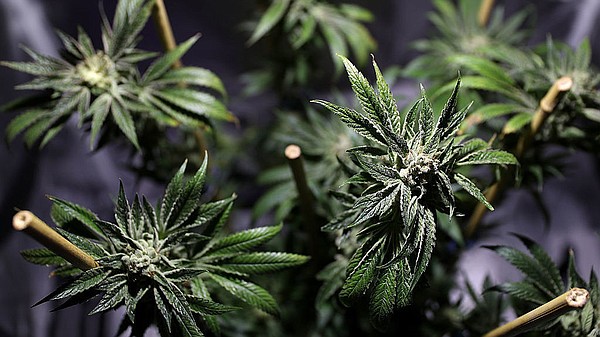