Experts have found that the majority of California's cannabis is not up to the same quality standards that Oregon growers adhere to.

According to new data provided by Steep Hill Labs and New Frontier, an overwhelming majority of marijuana grown in California would fail to meet testing standards held by the Oregon Liquor Control Commission (OLCC), reports Civilized.

Steep Hill found that 83 percent of California's cannabis products would not meet the testing standards required by labs certified by the Oregon Environmental Laboratory Accreditation Program (ORELAP), which gives Oregon the distinction of incorporating the strictest standards of all states with legal marijuana programs.

California's cannabis products fail largely due to the use of the pesticide myclobutanil, which can turn into toxic hydrogen cyanide during combustion.

"Growers will significantly need to adapt their cultivation operations to address the high prevalence of pesticides, both to meet the state's new regulations, and to address the growing concerns among consumers about the quality of cannabis they are ingesting," reads a New Frontier Data press release.

Oregon's marijuana supply has gone through the mandated tests since October 1, which determines levels of potency, moisture, and pesticides in flowers, edibles, extracts and other products.

"A year ago, when we first started testing product, we were finding very high rates of pesticides in the neighbourhood of 70 percent to 80 percent of the samples," said Henry Grimmett, president of Portland's GreenHaus Analytical Labs, in a recent interview with Civilized. "Now we're finding in the neighborhood of 20 percent."

The use of pesticides while growing marijuana has become a recent concern among states that allow legal or medical marijuana, causing health alerts to be issued in Colorado, Maine, and Oregon. 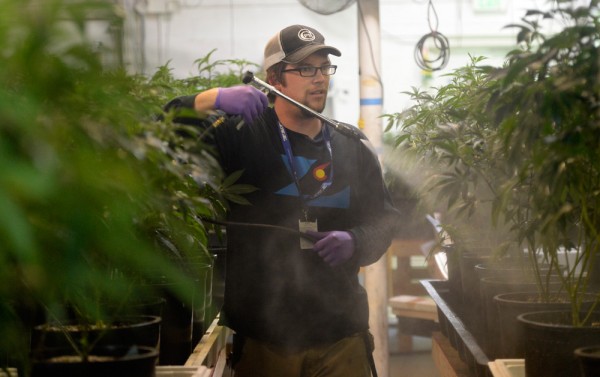 That interesting given the fact that many outdoor cannabis growers in Oregon are using Eagle 20 fungicide on their grows.

Same here. Agreed. I just find it interesting that the article quotes that and it really has no substance to what the facts really are. I know several large growers down here and none of them use that pesticide or anything like it.

Icemud said:
Same reason I grow my own... can only trust what I choose to put on the plants.
Click to expand...