I Just recently put new water in all my buckets (ph levels are around 5.7-5.8), a week to a week and a half later (after fixing one of my plants), another one of my plants is acting a little weird, the leaves are curling in and down, there are some leaves with yellow tips, any ideas? 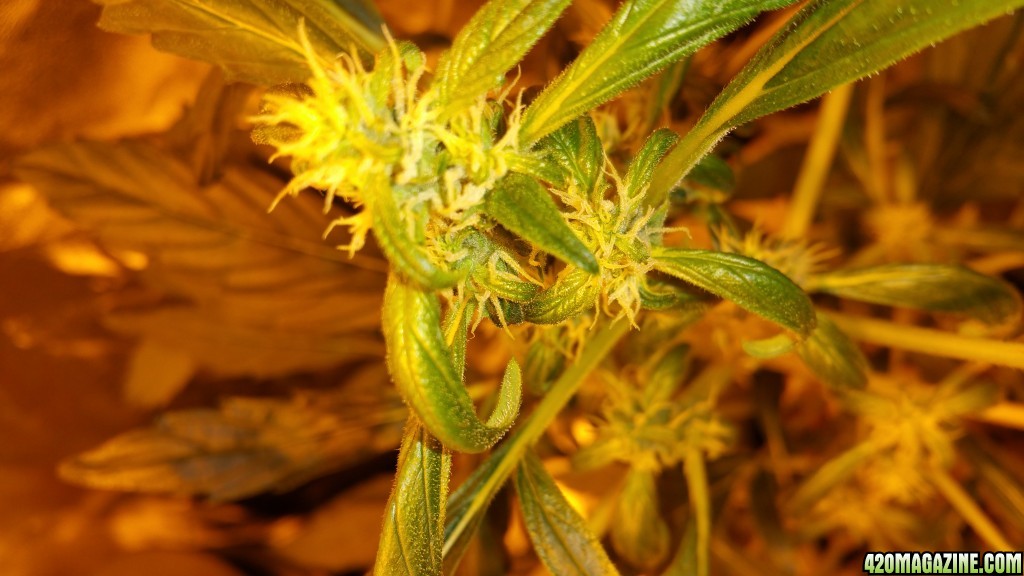 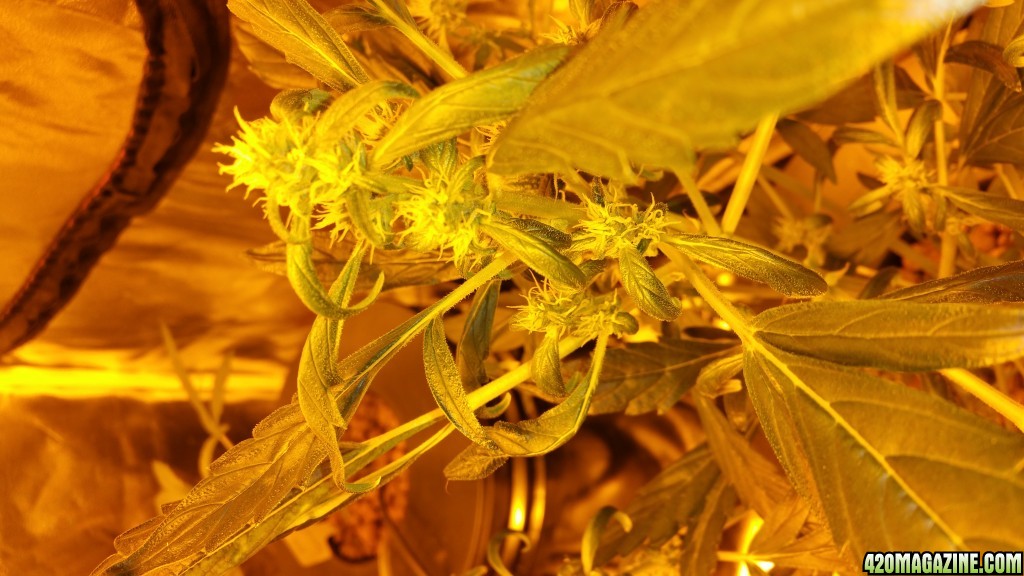 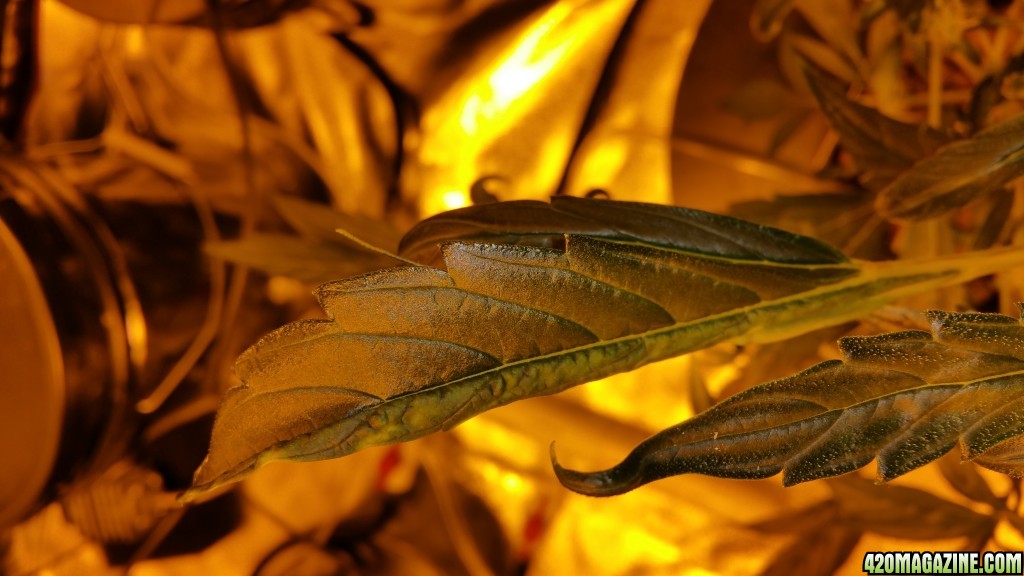 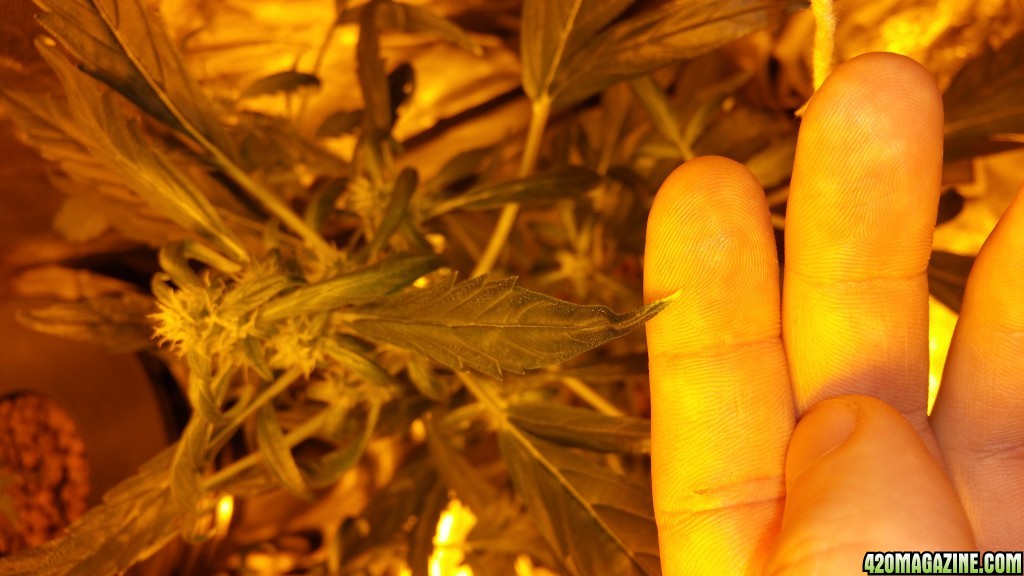 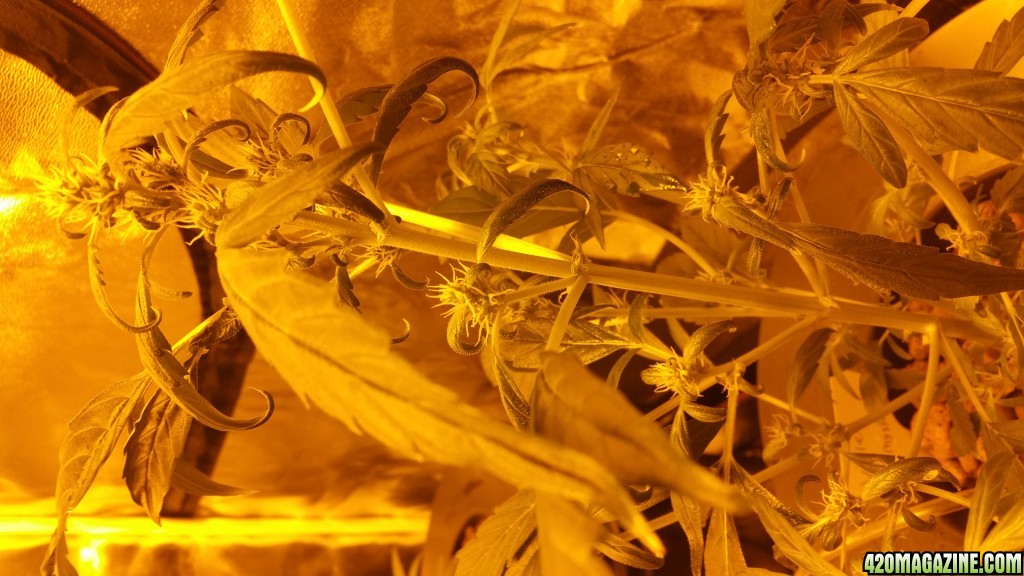 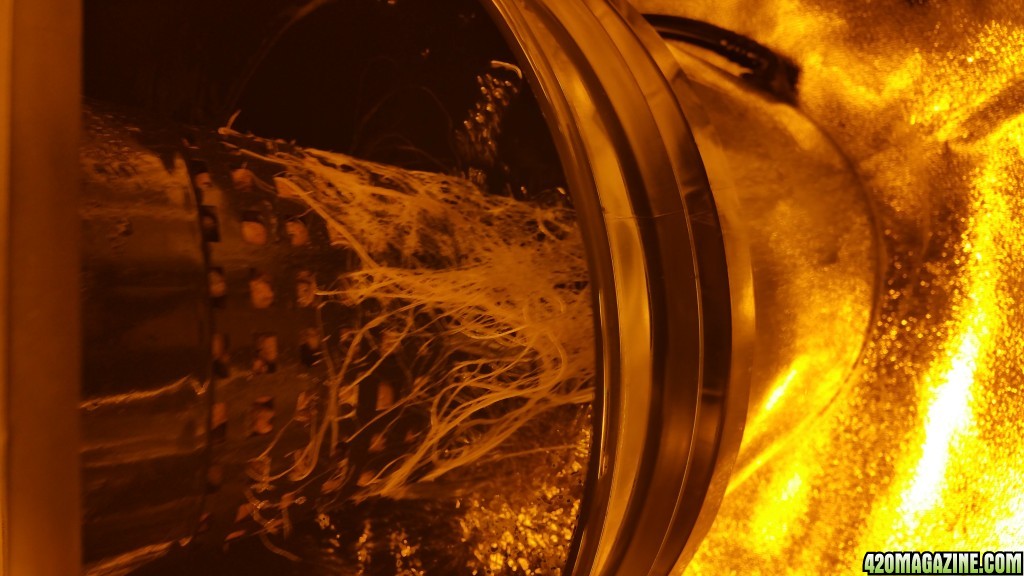 What and how much are you feeding her. It looks like to much N to me. What PPM are you running?
S

DukeO said:
What and how much are you feeding her. It looks like to much N to me. What PPM are you running?
Click to expand...


I gave her floramicro and gro, I did a little under what the bottle recommeneded, right now it is 689 in her bucket

Micro and Bloom with very little to no Gro is what I would be feeding in flower.

To much N/Gro in flower makes it harder for the plant to form buds.

Those little single curling leaves in the buds are fairly normal late into flowering but like DukeO says you should be backing off on the Grow and using Bloom with the Micro by the end of the stretch. You ppm doesn't seem too high but the balance of N to the P and K is too high on the N side. The plants need lots of N during the stretch but also need more P and K at the same time to make more flowers. Less N after the stretch or it will inhibit flowering.

I used the older AN 3-part nutes for over 10 years, almost the exact formulation as the GH 3-part, and would just add extra Bloom and some Big Bud a week before flipping to flower and keep the ppm up around 1000+ until the stretch was over, about 3 weeks, then drain and refill with just Bloom, Micro and Big Bud for the rest of the flowering cycle. A bit of CalMag and Rhino Skin as well.