I happened to come by 4 strains by sheer luck considering its impossible to find anyone selling seeds here, nor is the majority interested in good bud, but hash. Theres no availability or notion as such, except those who've travelled abroad or found a rare, random encounter to be introduced to it and this was my rare random stroke of luck. So 4 strains (2 of each) all by CropKingSeeds (all Female's):: Northern Lights (Auto), Black Indica, White Widow, and Crown Royale. I also came about some male placebos I had from my area which I experimented with much before these 8 seeds came along, with mixed results, but here I'm making the 4 female strains my area of focus. All except 2 I'm using as placebos along with the rest.

Went through germination with first test 2 seeds (1 N.L and 1 B.I) in damp paper towels between 2 small ceramic dishes atop a warm water bottle for some warmth. It was generally 33-35'C (91-95'F) by day and a few C/F's less by night indoors. Had no other decent place to leave unnoticed except hidden in my room in a cupboard. Initial tap roots showed by second day and i planted in soilless mix and some dried manure (both local).

Germinated other 6 seeds, and 2 placebos (6 only to increase the probability of separating good plant from a weak one and focus on the strong ones. Placebos, well.. just for the heck of growing I guess and seeing what pseed/plant acts differently if im handling them all the same).
This time round to stir things up a bit I started seeds soaking in tap water in shot glasses for 24 hours (local tap water pH is 6.5-7 according to these pH strips I got, tested them alongside a lemon after trying them to check my waters ph before and after where my doubts first emerged if they worked correctly or not). A day after I noticed tiny tap roots emerging, I didnt let it go for another 12-24 hours, which I felt I should have before moving them to the paper-towel method, except 1 NL and 1 BI from the 2nd batch of 6 I left for an extra 12 hours in the shot glasses to see the changes, if any. They didnt go very far with tap root growth so I moved them to paper-towel along with the other 4 out of 6 that I didnt extend soaking in shot glasses. So now all 10 seeds (8 from strains, 2 placebos) are potted 1/2 inch deep in a fluffy soiless mix with some dried manure and I watered them once and the soil settled.

For the next 4 days I kept ziplock bags over the top to retain moisture as much as possible right after initailly spraying the tops of the soil only once and kept them in a DIY grow box in my room (19'Lx16'wx23'h) . It has a big PC exhaust fan, foiled matte on the inside (I couldnt find this white reflective material starting with an M, I forget), an 85W white light in a casing hung atop 2 adjustable height supports, and 2 flaps; one directly opposite the exhaust fan to let cool air in, and the other on the side to move my hand about as I see fit to move around anything. nothing fancy. 24/0 light cycle throughout up till now.

I've tried to maintain nothing above 30'C(86'F) where the ideal temp Ive read is 22-27'c(70-80'F), so I used the air conditioner often to maintain a steady 30'C(86'F) in there. on the first day I did not leave the exhaust fan on and I had lowered the light to about 2 inches from the pots tops. I stuck a handy thermometer in the middle pot to keep an eye on things. I left them overnight and after 12 hours i woke to find the soil temp was at 45'C(almost 114'F)!! I took out all the pots and removed the ziplocks (btw ive used plastic yogurt pots with holes evenly spaced out and those bitches were fuckin hot. I felt this my second big mistake after the seedling germination attempt with the first 2 not left longer in soak or paper-towel for longer tap roots).I let them cool and began to experiment different ways i could keep a steady grow temp in there with ample moisture since this was too much for me to handle the panic after seeing the thermo. Im avoiding the natural sun cycle with initial shade because Ive already had an incident where some ghastly pigeon(s) nicked some dummy male seeds that began to sprout that I was experimenting on the roof for direct directions of sunlight. Inside is defo safer for now until plants are way past the early stages of being plucked.

So now Im worried I baked them by accident in hot ziplocks for those 12 hours even though soil was moist, perhaps I boiled them? =P Really wasnt sure at this point as I didnt want to go probing inside the soil just yet, until i really needed to.

I let them be for the 4 days constantly trying to keep a room temp of 25-29'C(77-85'F) where at times I could only manage 30'C(86'F) at best. Having read more about how the pots dont really need light as nothing has sprouted as yet (and the light heat + PC fan combo drains a lot of air out of the box, along with moisture too, but keeps the airflow a bit high for my liking. There was one more event where I kinda passed out for longer than my power nap was anticipated and found the temp of the pots at 31'C(88'F) with all the flaps closed and PC exhaust fan and 85w light on. There was an increase of 4'C from 25'C(77'F) to 29'C(85'F) on the 3rd day but apart that nothing major in the preceding days with current airflow paths ways closed. I finally just moved the light further up in total of 4 inches distance from pots. Much better temp regulation and I left them all for another day, but I felt the growbox was too much heat too soon and I had to control its on/off as im still waiting for some manual timers to control the light/fan. Otherwise it gets to about 25'C(77'F) and I felt that was far to cool having felt the pots with the exhaust on and light off. Too much airflow is cooling the box too fast, and leaving the exhaust off heats things up too quickly.

So now ive had the bright idea of opening up the soil gently and seeing wtf is really going on in there cause nothing is sprouting. After a good 10 days since germination i opened up 1 NL, and saw the tap root barely moved, and moved that back to paper-towel. The soil was too wet near the bottom, but loose enough for tap roots to grow. I thought I hadnt punched enough tiny holes to let the water drain, which I did let them drain after my initial watering and left them atop plastic discs that accumulated any extra water running out the bottom. But then all that heat in the initial days should have dried up the soil especially when ive had the exhaust fan on for a majority of the time keeping cooler temps around 29-30'C(84-86'F).

I removed the zip locks and let the pots stand with light at warm temps and cool temps with the light off. So ive ranged around the 25-30'C range (77-86'F). Still no sign. I wondered if i potted them too deep? So many factors affecting this entire process i felt that i just had to know what the freak was going on in those pots. So i carefully took the top half of the soil and carefully checked if there was anything sprouting. And I found no growth in any of the seeds. The intial tap roots that the Black Indica and White Widow had kind of receded, which was a surprise I havent read anywhere that they recede/shrink.

Now I have a big wtf question mark, and in the attempt to save what I feel are stunted tap root growths, ive proceeded to force them into regermination of the paper-towel method thinking I could get them back on track, but keeping in mind the seeds intial energy may have been struggling to reach the sprouting stage from seeds. Thats where I felt my initial choice at not letting the seeds germinate longer in soak and paper-towel might have given the seeds some better chances of sprouting from the initial germ phase of tap root peeking out.
After initial 24 hours of re-germination I have not seen any major improvements except the tap roots bum (if i can call it that) seems to be trying to break from the seed. But the roots are not as clear/white as before (even though i gently removed any dirt/soil before sending them back for regermination in the papar-towels. I fear some kind of mild rot may be the culprit, but again i cant be really sure unless i crack them open. im not sure i want to do that just yet after ive potted them one final time for the window sill.

Im not seeing much hope in this apart potting the remainder plants into 1/4' pots outside the grow box and on a window sill to get morning warmth (temps range in the 27-37 (81-98'F) 'C with ziplocks for moisture retention for only 4-5 hours of morning sunlight. The rest of the time I plan on keeping them indoors in the grow box.

I expect a lot of criticism, but no hate please, this is my first attempt and as thorough as ive been with my research and initial 'dummy male sativa seeds' i really hope to discover what it is that might have gone wrong, and especially WHEN. I was really looking forward to growing my own weed and kicking the Hash-bucket because that high just doesnt suit me. MaryJane has been more than kind and she's my choice of CannaBliss so ive taken great measures to begin this project, which I hope to tweak significantly and hopefully see some good results. Please feel free to ask me, im having trouble uploading pictures when I click the "My Photos' tab below the text edit box.
For now im letting nature takes its course as I may have meddled too much and caused them seeds far too much temp changes and environmental stress that the growth of their tap roots has halthed. maybe theyre just taking time, its only been 10 days since putting them in germ mode, and moving to paper-towel (2nd day) and potted by 3rd day.

Could someone please help me with uploading pics? I have a lot I need folks to visualize to help in diagnosing the seeds current status visually. Will Dropbox link work here or even advisable? 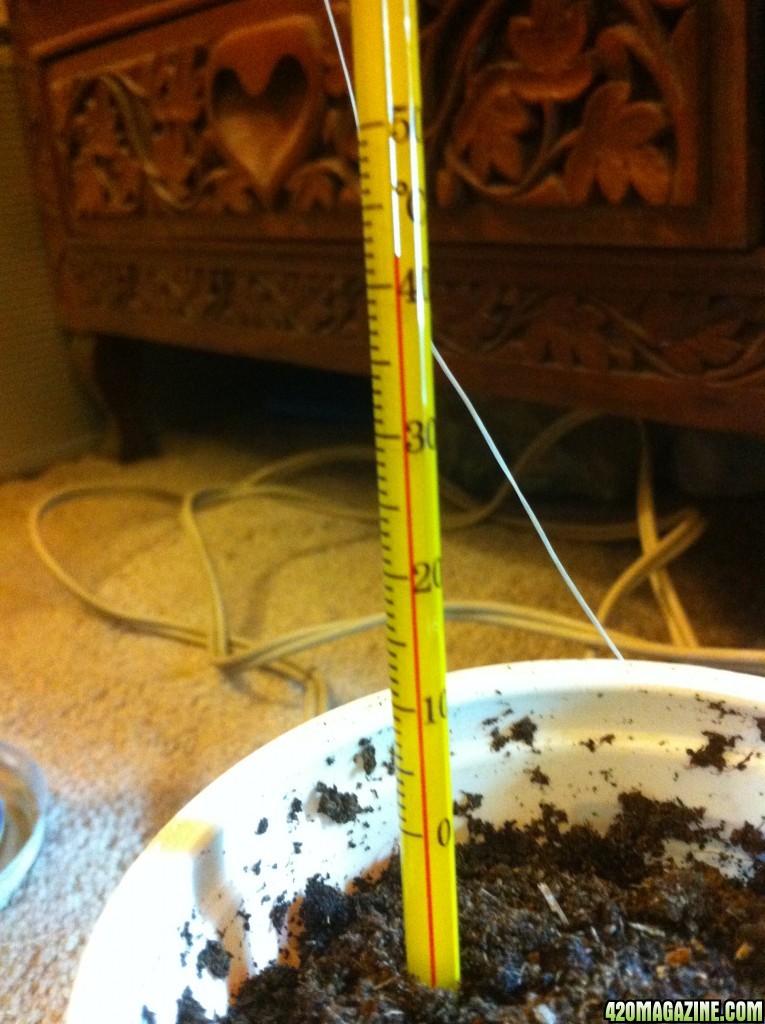 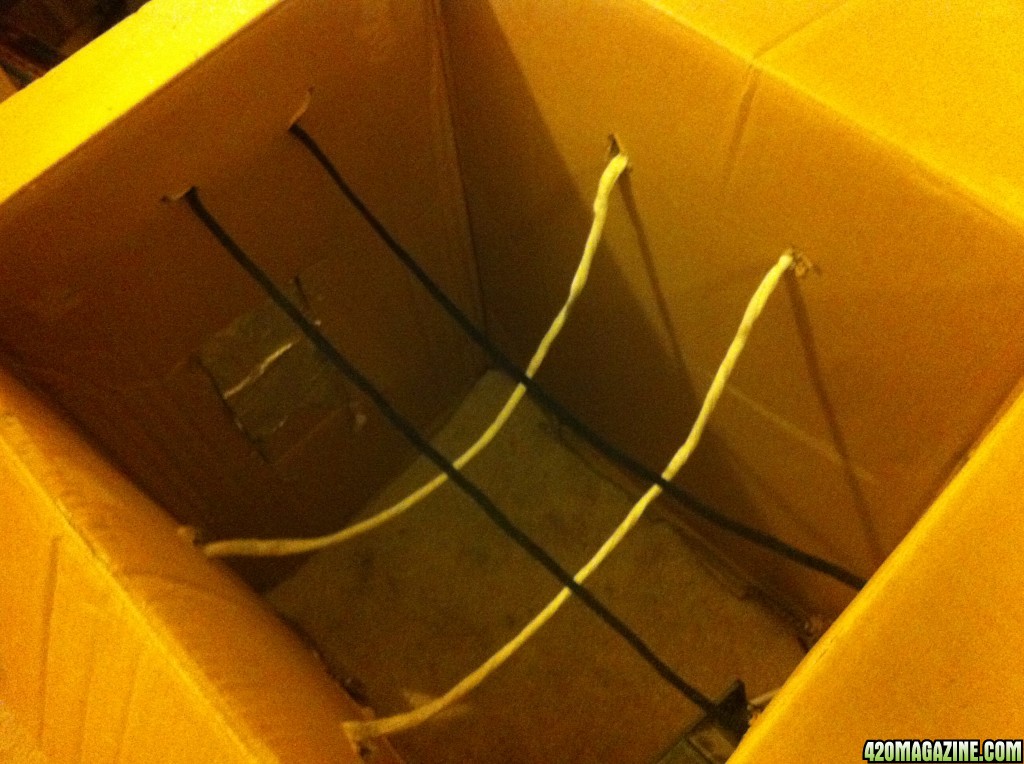 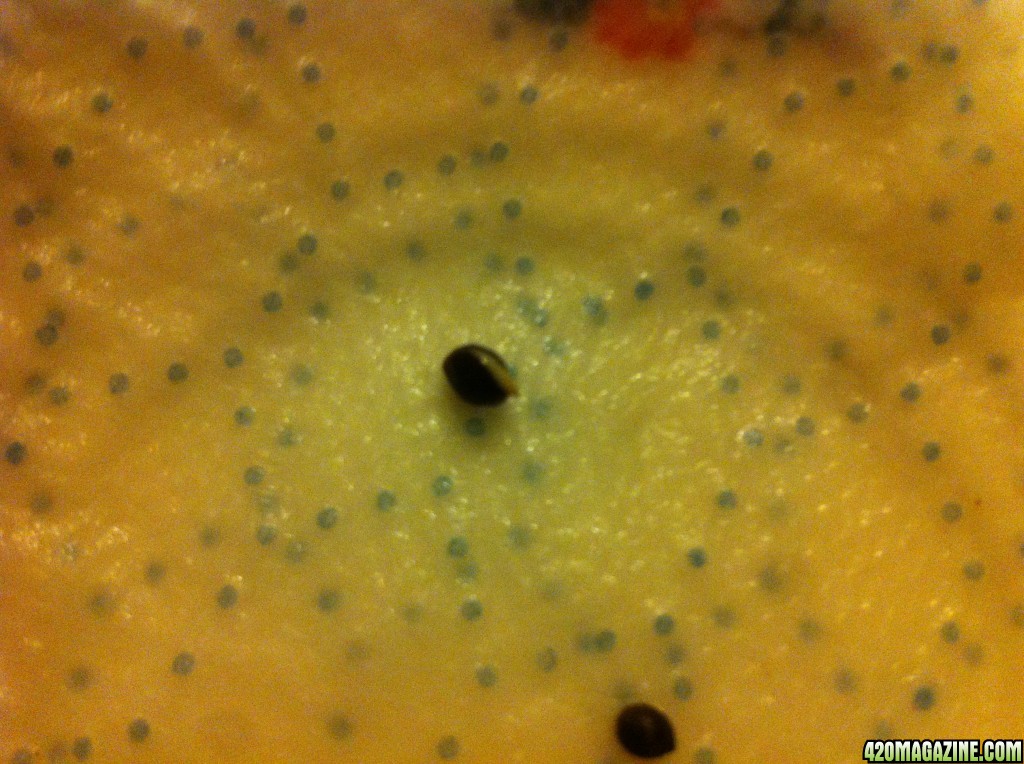 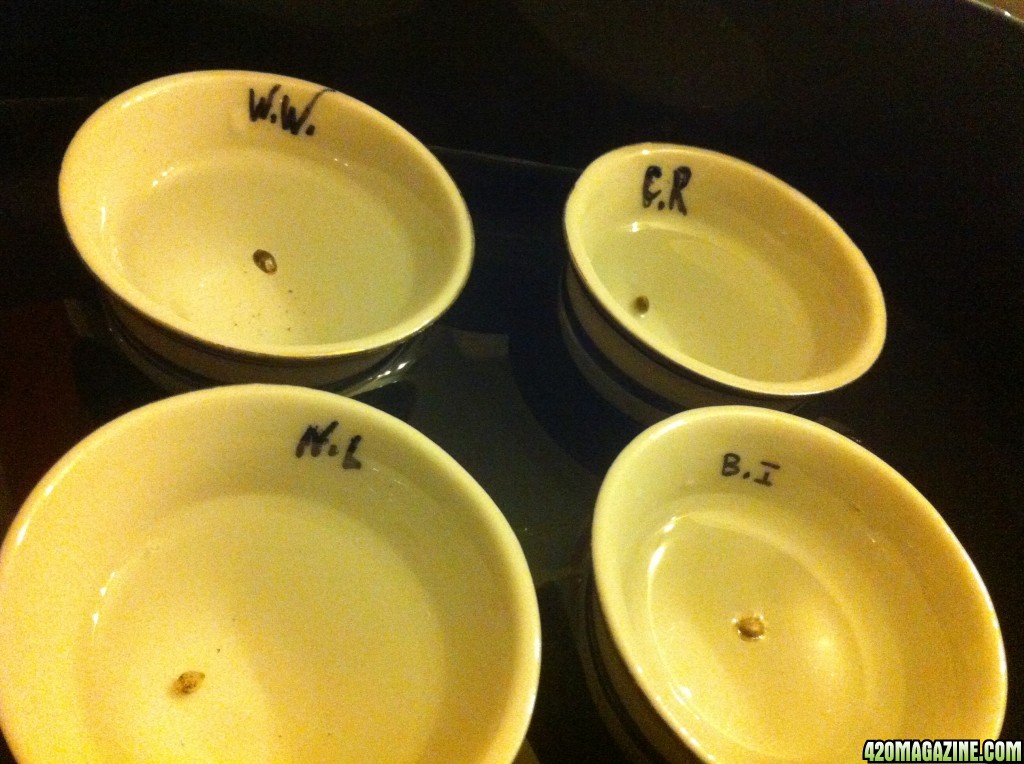 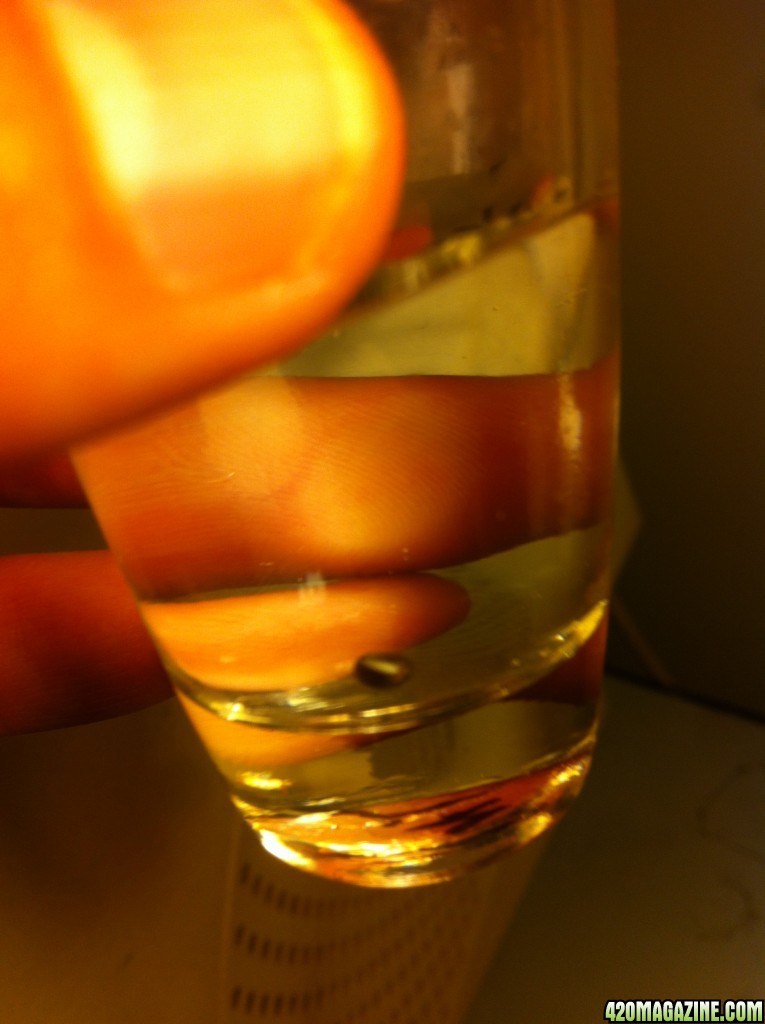 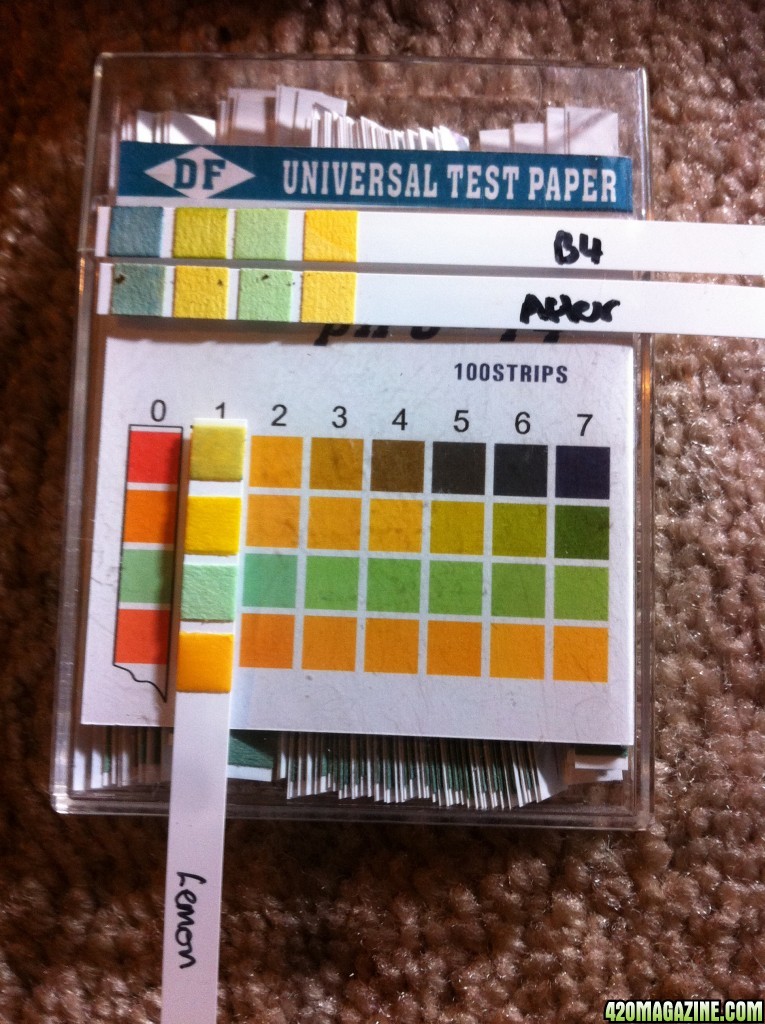 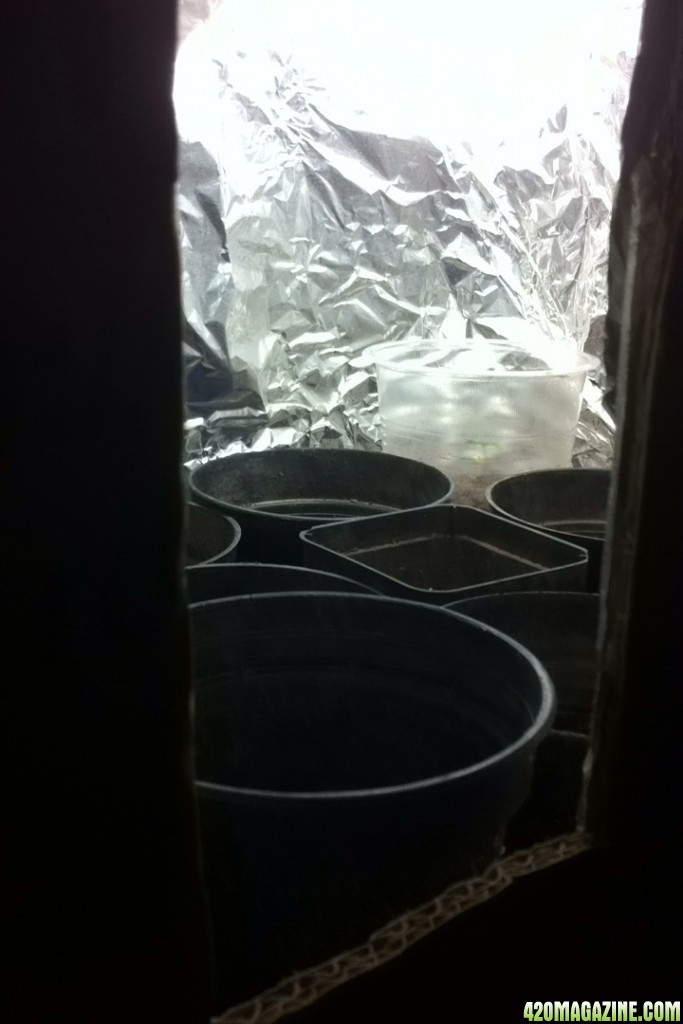 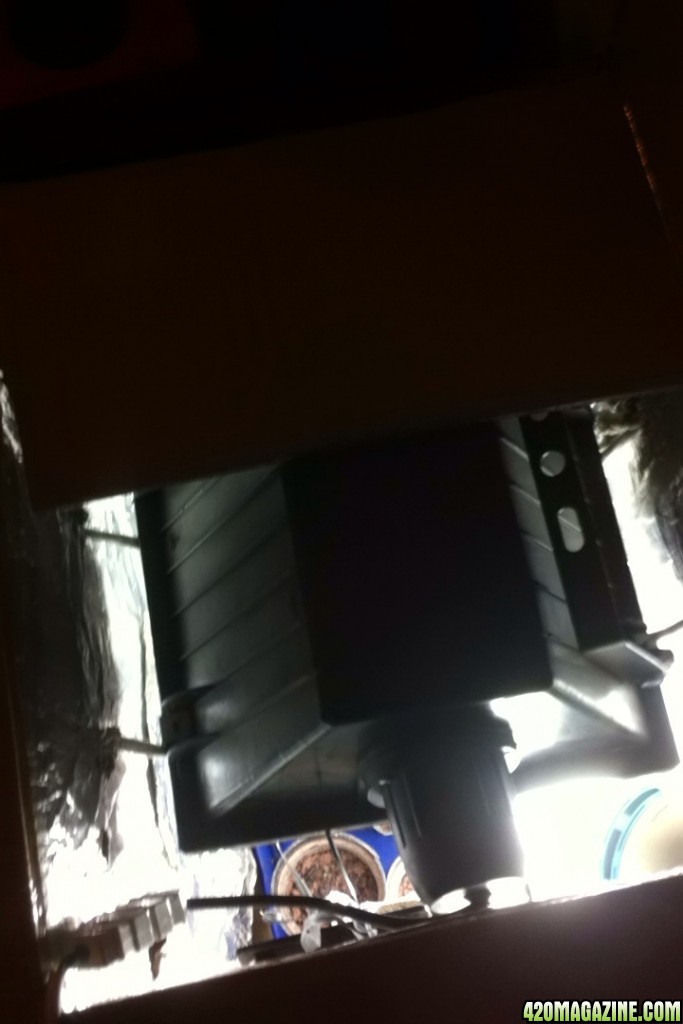 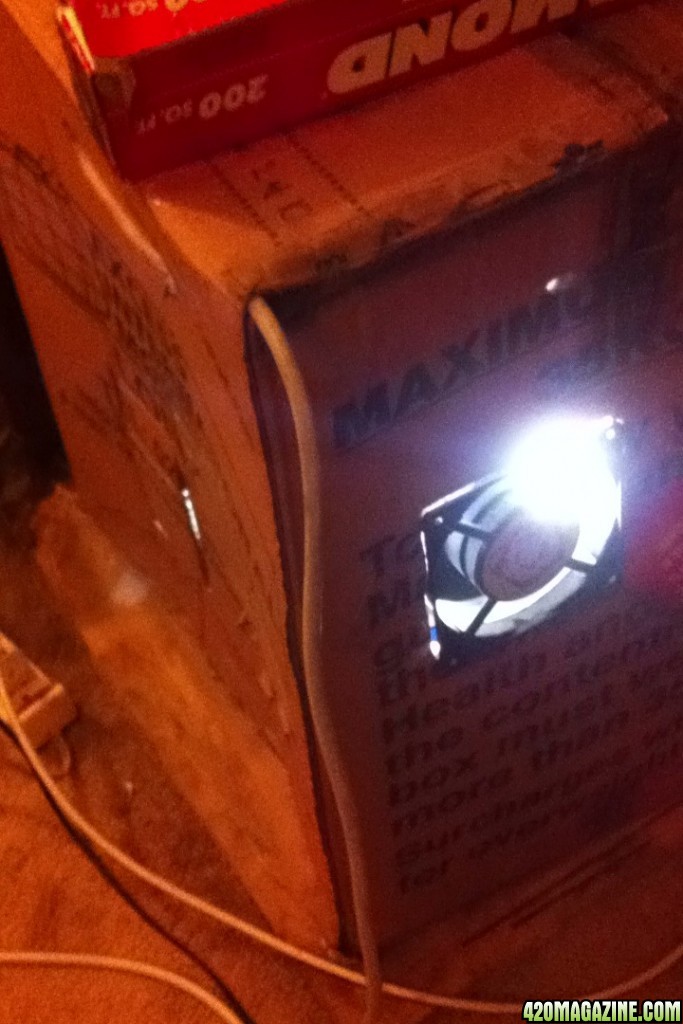 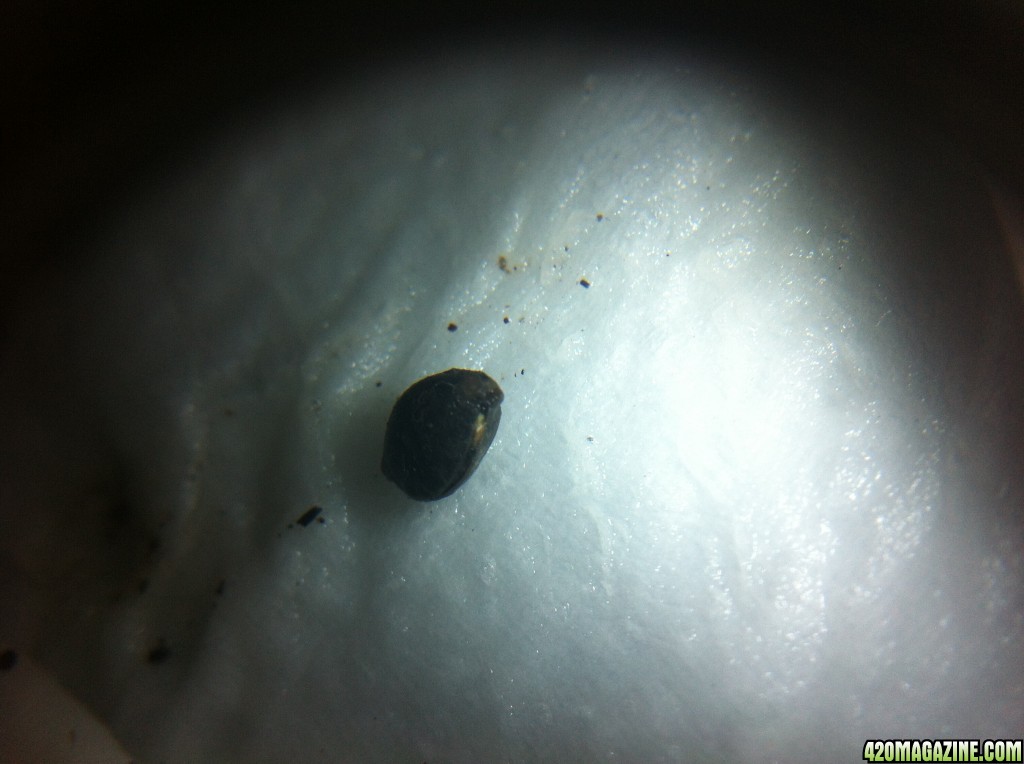 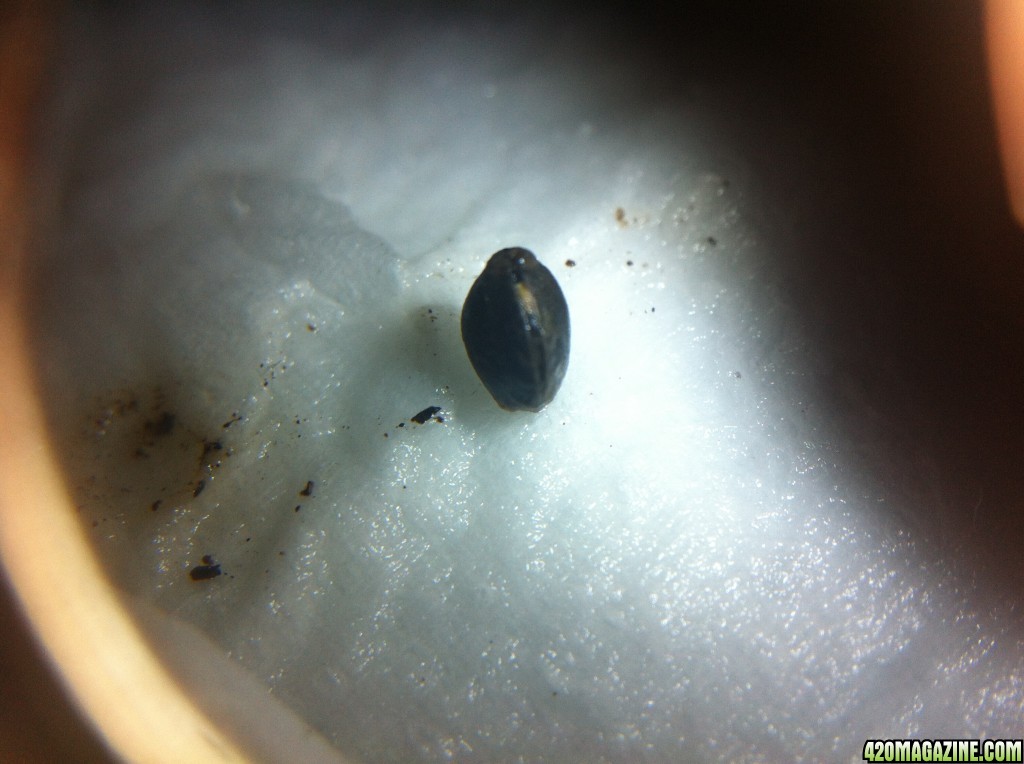 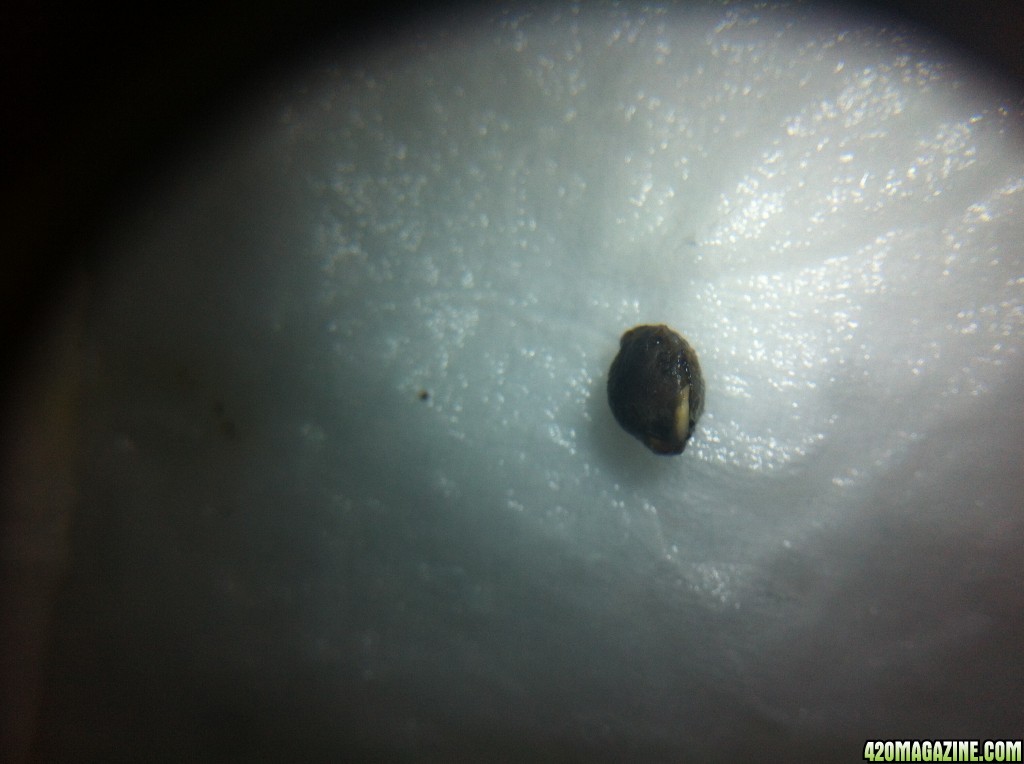 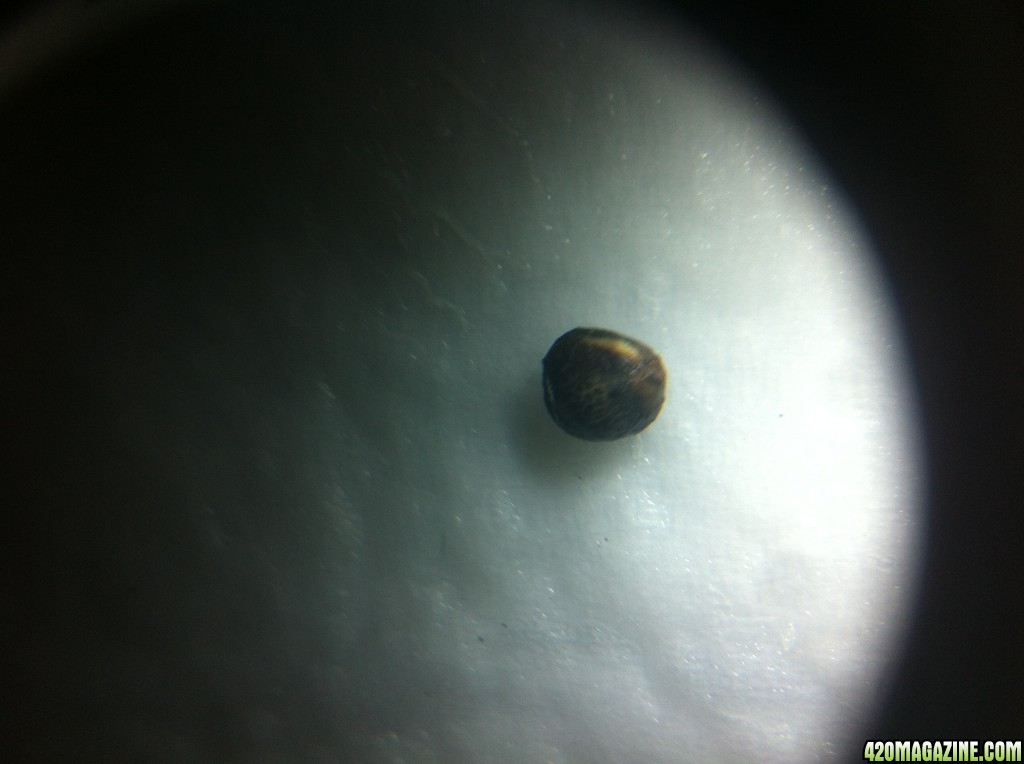 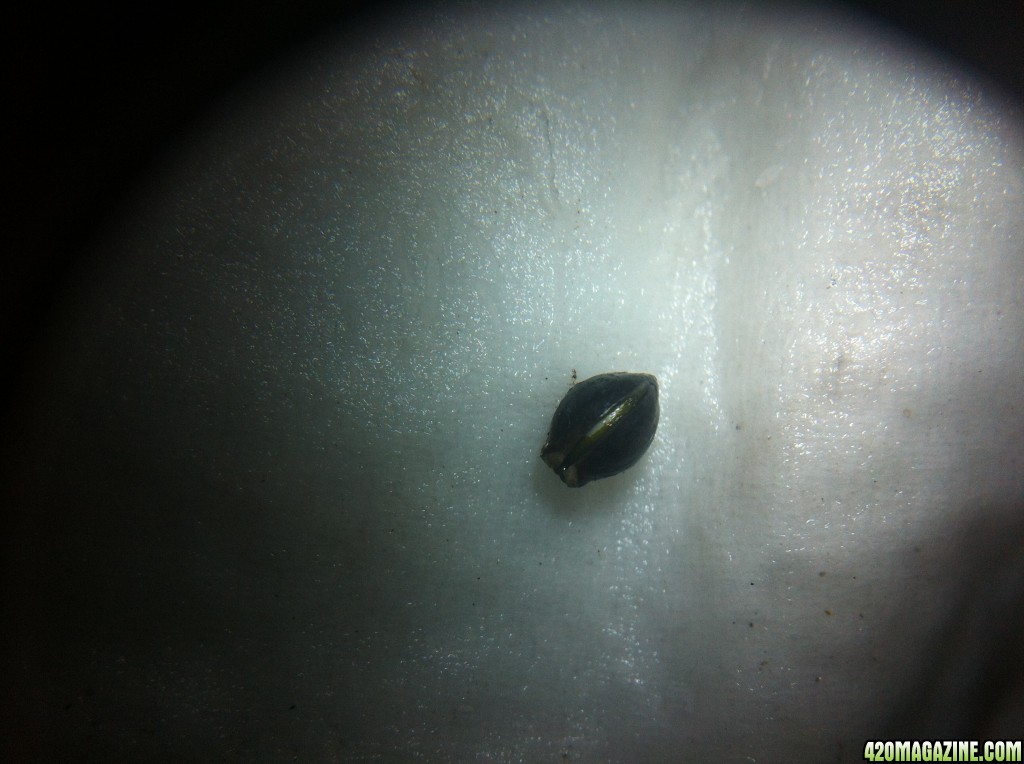 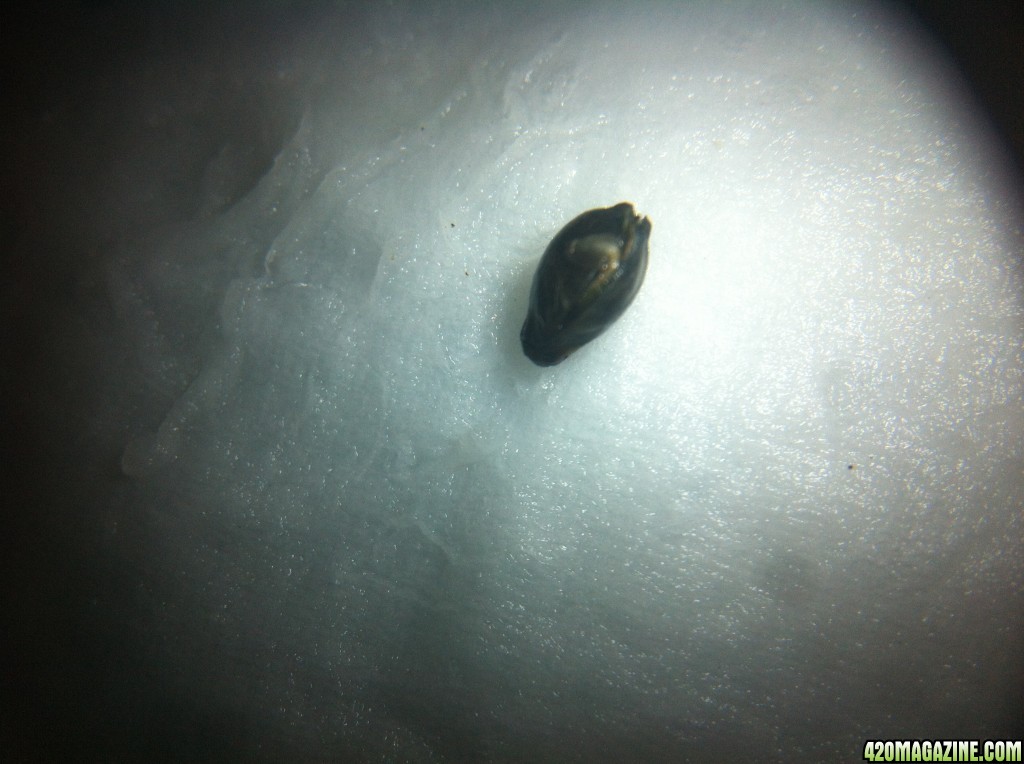 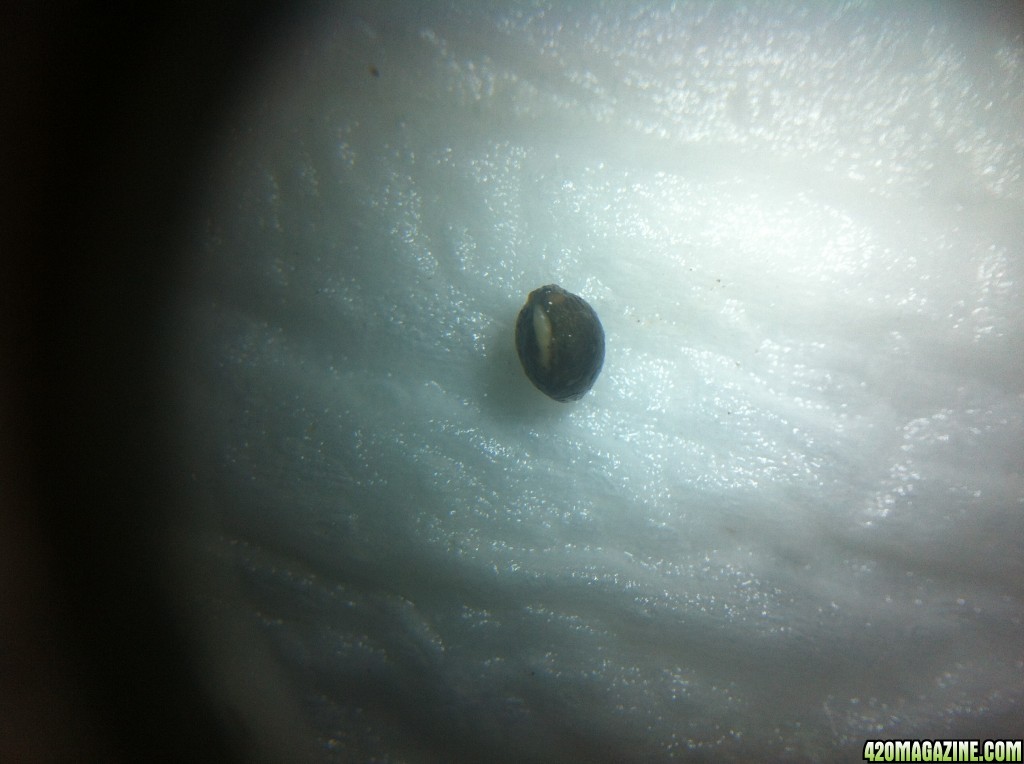 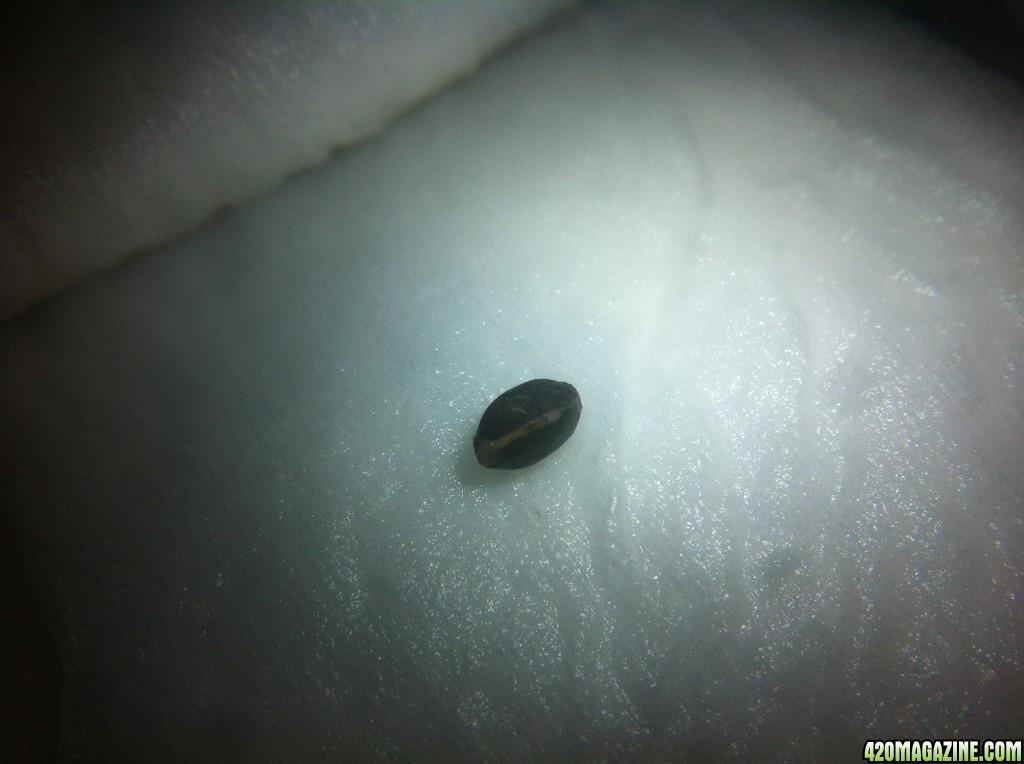 I think the 114f killed them. I usually have my t5's about 12-24 inches away from the tops of the soil for seedlings. 2 inches, for any light, is very close and probably cooked them. I doubt they will sprout unfortunately. I would start with some new seeds.
iwltfum's "Recirculating Coco Journal" turned perpetual for a second, added indoor organics, and outdoor (COMPLETE) https://www.420magazine.com/forums/journals-progress/250492-iwltfum-s-recirculating-coco-gh-journal-harlequin-blackwater-og-china-jack.html#last
iwltfum's DWC 1000W HPS SnowWreck ScreenOfGreen (COMPLETE) https://www.420magazine.com/forums/...wc-1000w-hps-snowwreck-scrog.html#post2572700
iwltfum's Coco Grow Journal Mendocino 69 (COMPLETE) https://www.420magazine.com/forums/...chinajack-m69-grow-journal-summer-2015-a.html


For my protection from the man: I do not condone the growing/cultivating/extraction/use of cannabis in any state, country, or parallel universe where these acts are illegal.