Marijuana legalization advocate and entertainer Snoop Dogg was busted for, you guessed it, marijuana possession over the weekend.

The rapper's tour bus was stopped at the Sierra Blanca, Tex., border checkpoint Saturday and was searched after an agent smelled marijuana, according to a statement (found via CNN) from the Hudspeth County sheriff's office.

A drug-sniffing dog found a prescription bottle "containing rolled marijuana cigarettes" in a trash can.

Two additional containers with marijuana inside were found on the bus.

Snoop Dogg, who has a prescription for medical marijuana in California, admitted that the drugs were his, according to the sheriff's office, and he was arrested.

The rapper, born Calvin Broadus, has not made a statement about the incident.

He was cited for possession of drug paraphernalia and is due in court Jan. 20, according to CNN.

A Hudspeth justice of the peace told TMZ that Snoop can settle the matter by paying a $537 fine.

Fun fact: This is the same checkpoint where Willie Nelson was busted for possession in 2010. Small world! 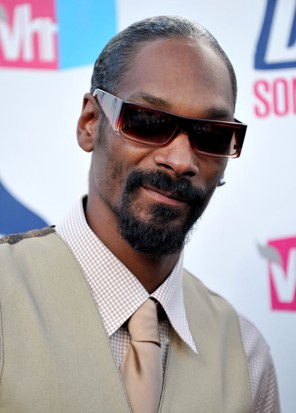