Hey guys, here are some pics of my first grow experiment. The thing is I actually did not plan this, but one day I was breaking up the last of a rather large nug that was the last of a quarter that I had recently purchased. And it was agreed upon by several others that this particular bud ranked among the kindest of the semester. So as I was saying, as I was breaking it up a tiny little seed fell out and I could see where it was nestled in the top of the vein like stem in the middle of the bud. Now, I never have found a seed in any of the bud I'e ever purchased from this provider, so I took it as a sign. The seed germinated quickly and was planted. I two days thee seedling has shed its shell and had tiny leaves, and this was on the windowsill! This is when I knew that this seed was special and would be female and was determined to survive the time it took me to put together a makeshift but working home. So I ordered a 40W 5000k CFL with a floodlight type reflector, went to BJ's got some free toy boxes, cut them into one box about 40x24x24" and lined it with white paper board and then mylar. I have used only Scott's premium soil with no nutrients and regular watering, my rational, it is a weed after all its been growing in nature like this forever, right? Either way her name is Sheila and here is her about ten days after I moved her into her new home and she was on the window sill about 7-10 days prior. ANd the second pic is her just a few days about, one week before I plan to put her into flowering. I haven't really been keeping g tack nut I would say 6 weeks old. She is about a foot tall in the second pic.
https://www.420magazine.com/gallery/data/500/rsz_shelia2.jpg
https://www.420magazine.com/gallery/data/500/rsz_sheila3.jpg
Let me know what you guys think and check out my gallery I have other pictures of her.
W

Sorry I did the pics wrong here they are 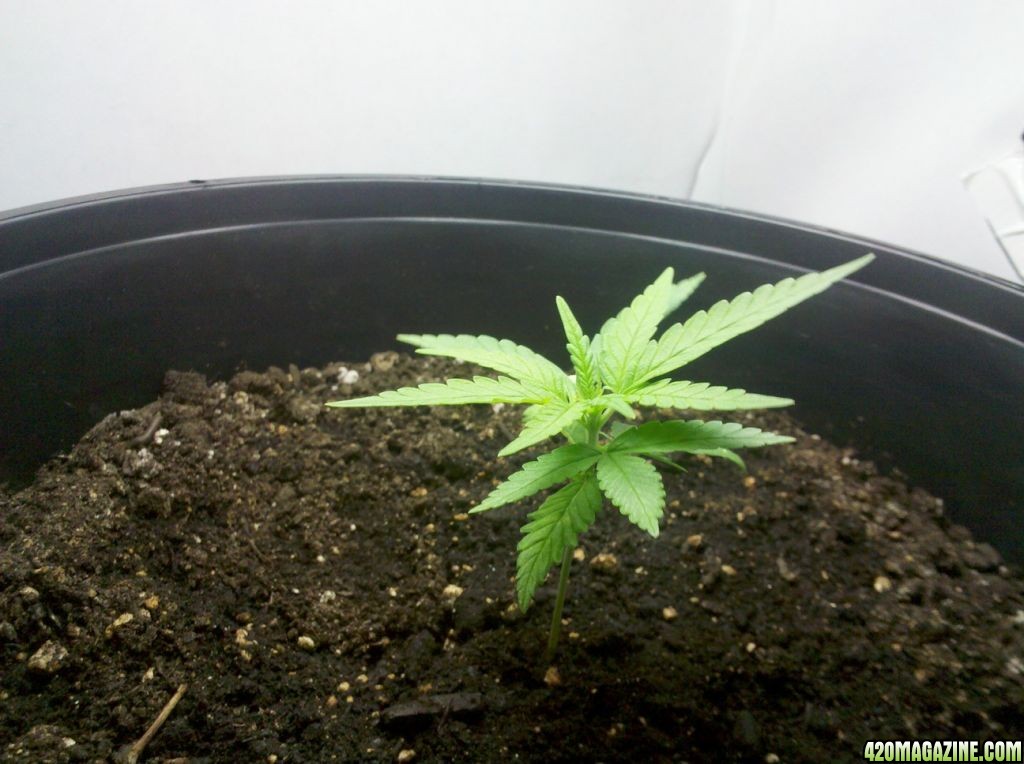 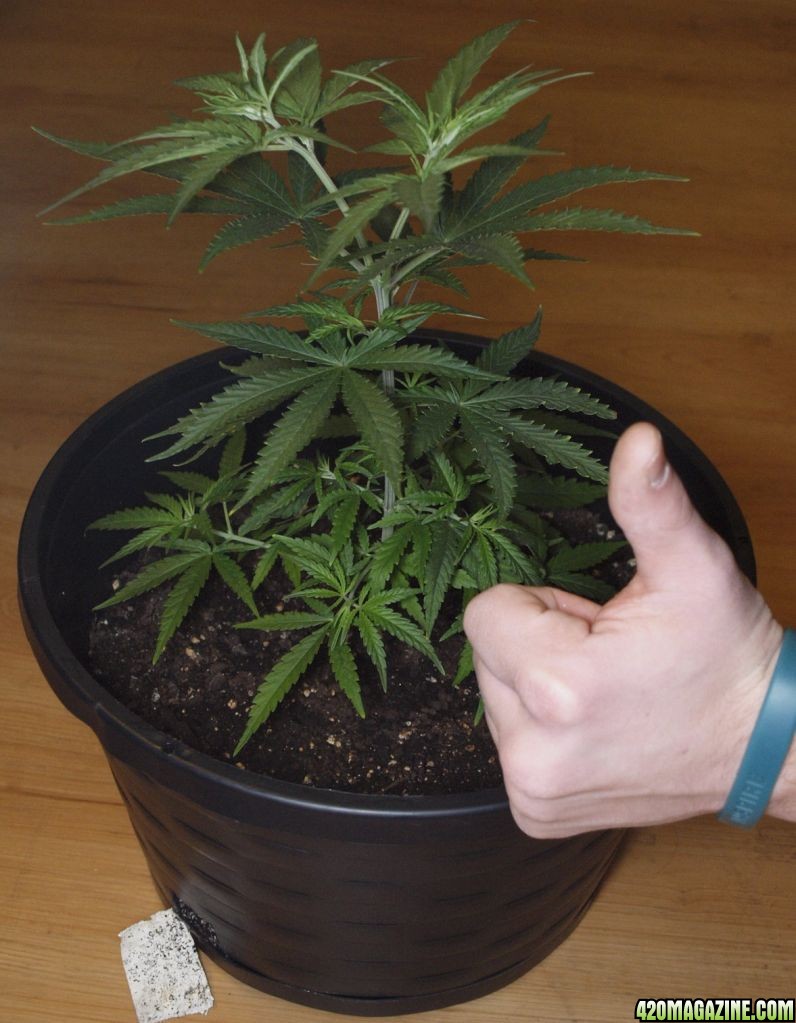 And the top to 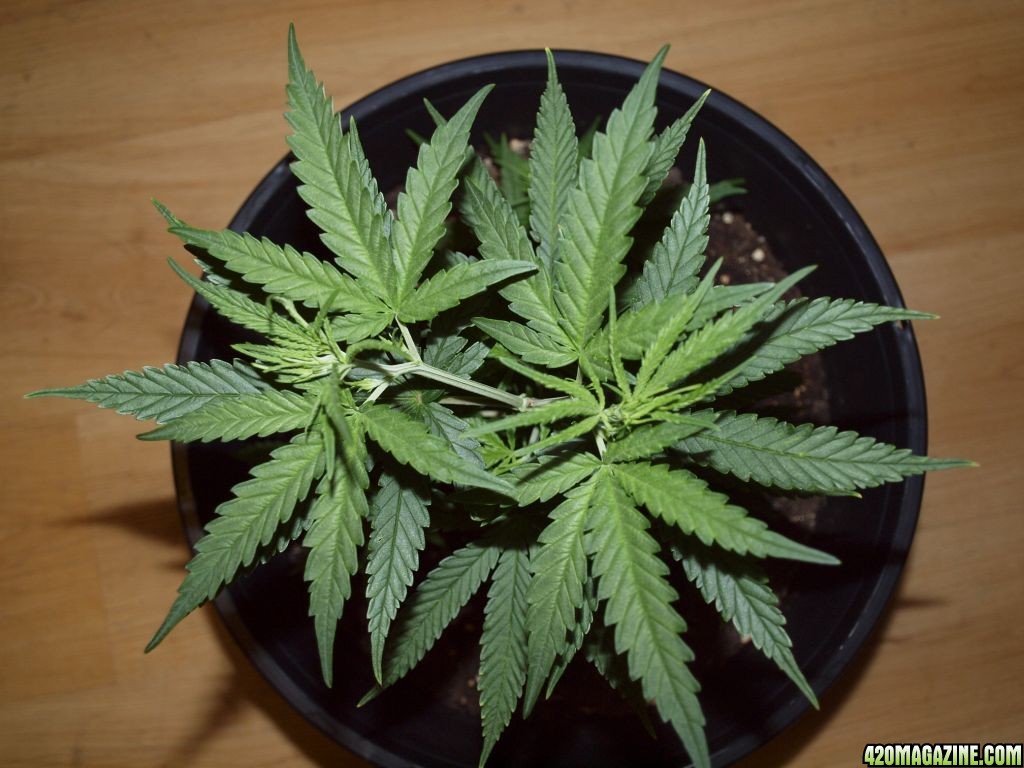 WeedandTittys said:
And the top to


I have one that looks close to yours, and it is for sure raspberry but its a slow grower can't wait clone and flower

I was give 6 mystery seeds, but was told they are Raspberry Kush. Out of the 6 I got 5 to sprout that was a day agohttps://m.youtube.com/watch?v=czjDWlBh_so
Thanks for checking out my grow 1st grow journal - IN PROGRESS
https://www.420magazine.com/forums/journals-in-progress/267748-lyzardmans-first-grow-nl-5-organic-soil-3-gallon-pot-150w-cfl-dakine-nutes.html