Friend Or Foe? Predators Of Eden

Growing outdoors is all about balance... 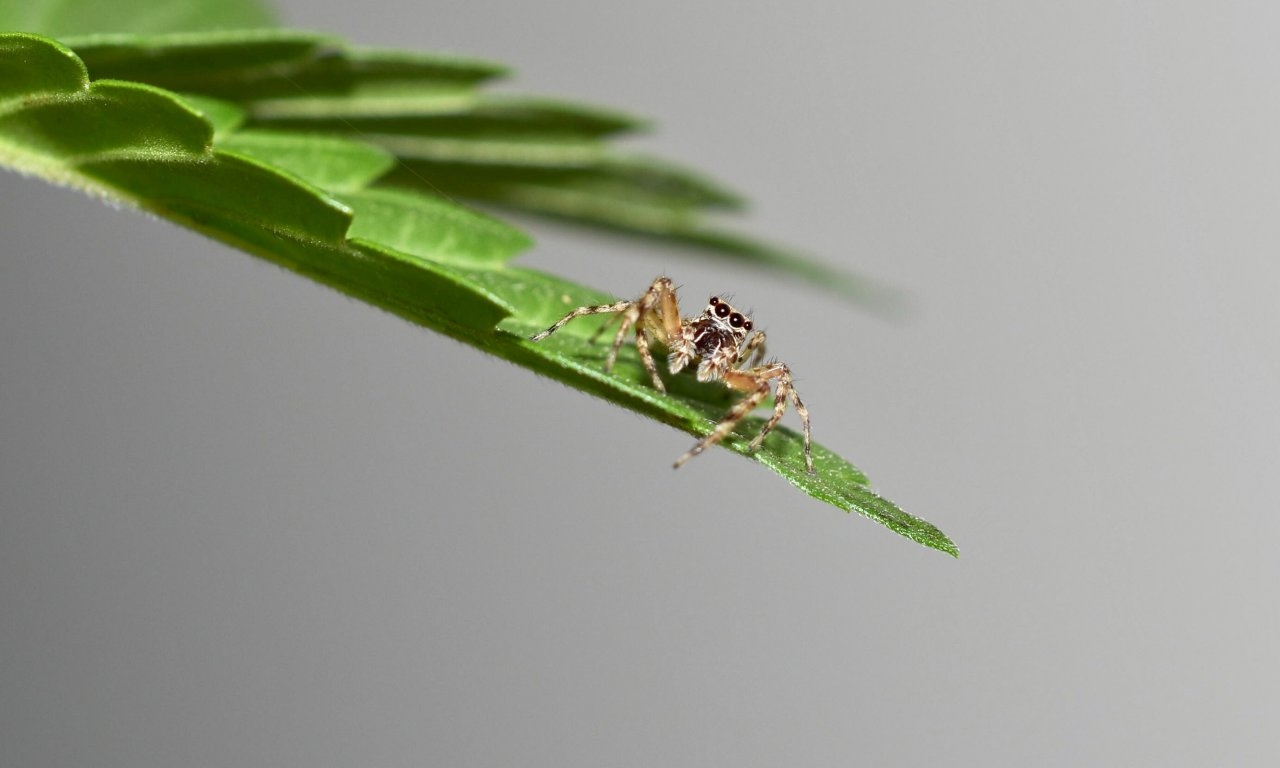 My outdoor garden of Eden has pests of all kinds. They’ll be there to some degree no matter what i do, within organic parameters

. Eden has it all though, so there are also plenty of predators. I love entering the macro world of these tiny critters on my plants and I’ve started to collect quite a few, and some fo them I still dont know what they are!

So - this thread is so I can collect them all in one place and start to build a database of what’s in my garden as well as get help identifying things and hopefully providing a resource for others in the process.

The focus here is on predators, not pests.

Although some pest pics will end up here in the process of identifying them as friend or foe, nobody needs to see more pictures of aphids, mites, thrips etc.

No. This is for the things that, hopefully, eat them!

I’ll be adding to the thread slowly as I go back collect all the cool bugs I’ve captured in pixels and posted to the site over the last year and a bit. Then I’ll add to it as they appear before me.

Here is where we can admire them while also trying to identify who and what they are: Friend or Foe? That will determine their future

I’d like to ask @Pterostychus to sub in to this because he’s the most expert expert on insect and bug identification in residence, so far as I’ve discivered, and I figure this might be a better way to get hold of him when the need arises

I welcome everyone to join in to help ID too of course - just Pt is the go to guy on this! Please do share pics of good predators if you have nice closeups of your own - I will politely request

that we keep it to good clear pics that show the features of the critter for good ID purposes, and appreciation purposes

And If you already know what they do, how they help, share that as well.
I’ll actually start with the current one, found yesterday on a Sucker Punch Auto. So cute - ugly but interesting

Anyone have any idea what this one is? 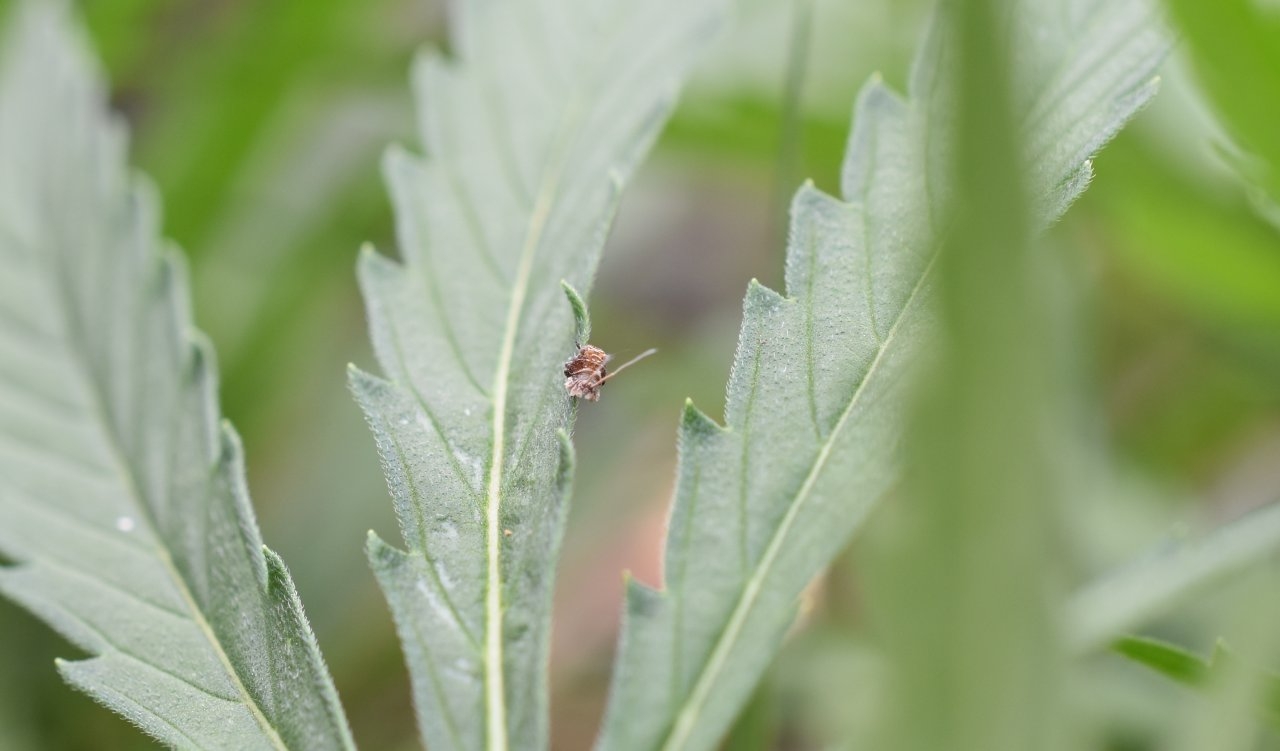 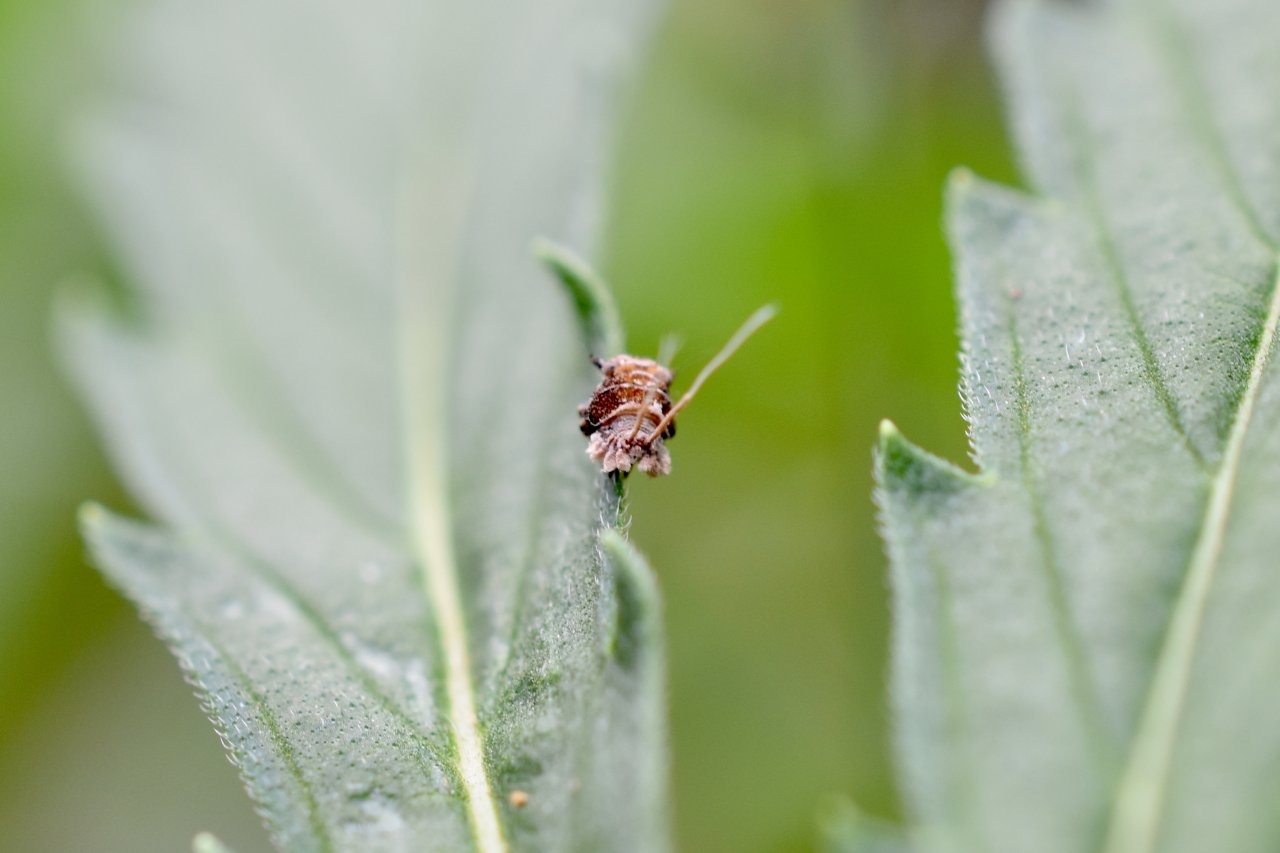 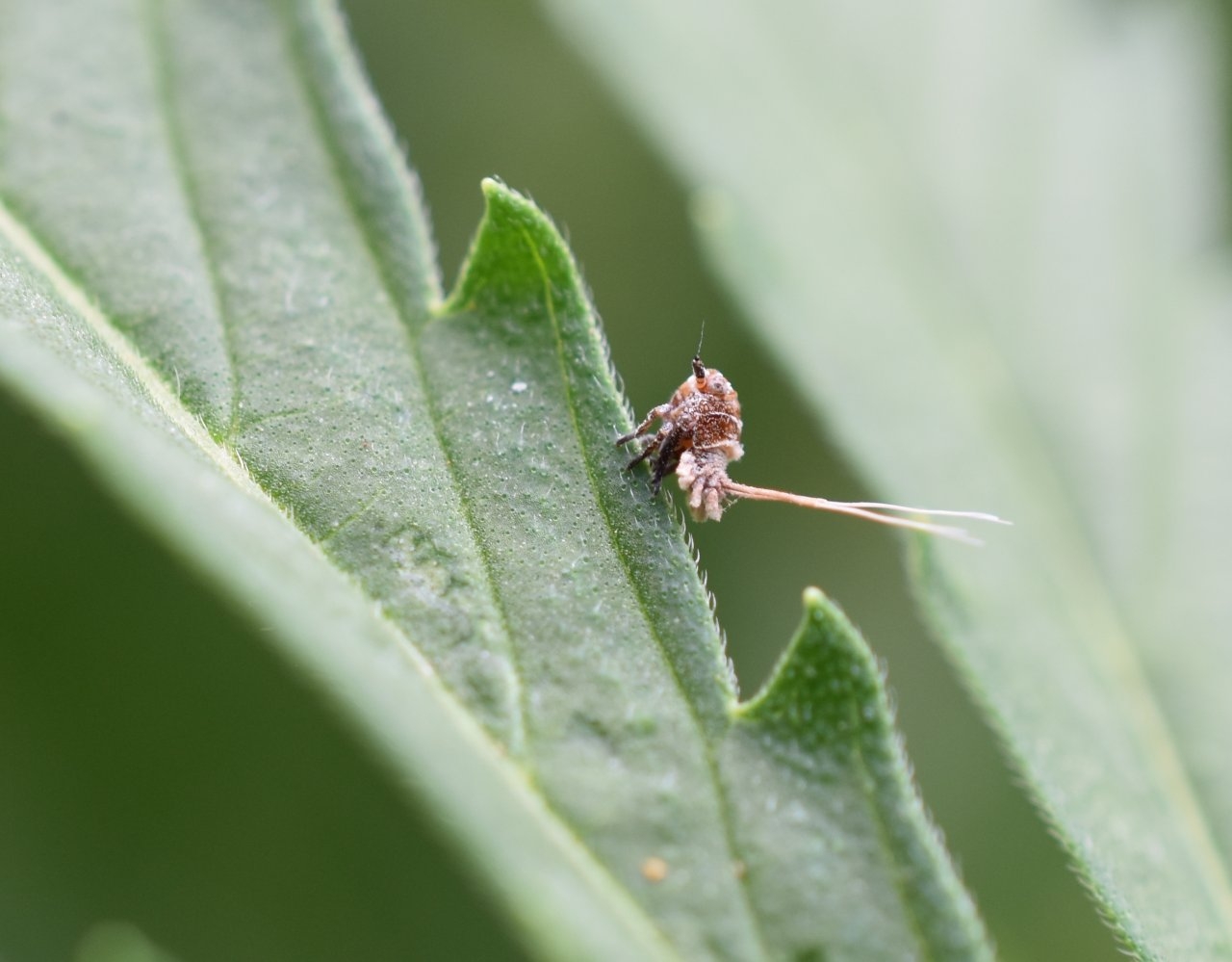 I know this misses a few, lol, but here's a fairly safe rule to live by: If it's a carnivore, it lives; if it's an herbivore, it's food.
Respectfully,
Tortured Soul

Love the idea of this thread!!

Liquidintel said:
Love the idea of this thread!!

I’ll keep things rolling along with another recent one that I don’t know the identity of. Another wild looking bug! 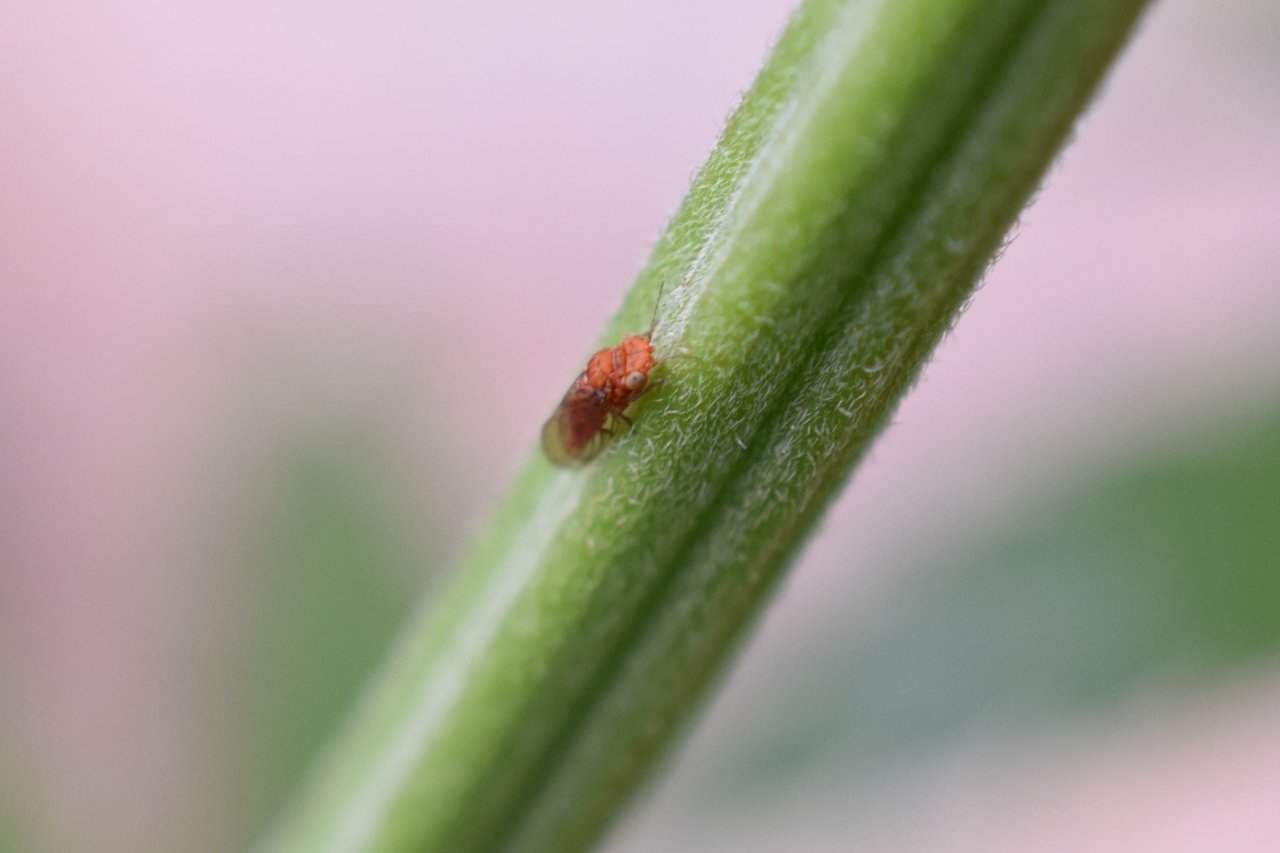 TorturedSoul said:
I know this misses a few, lol, but here's a fairly safe rule to live by: If it's a carnivore, it lives; if it's an herbivore, it's food.
Click to expand...

lol! It’s true tho - I have a loose rule of thumb that if a bug is hanging around on a plant that isn’t being eaten, then it’s not my enemy.

I think I also learned once that tiny wasps, which predate on many pest species, nearly always have feelers and often slightly feathered ones.

This is another I found recently - it’s a busy summer! It has very feathered feelers so I wonder if it is a type of tiny wasp... There could be many other types of insect that could have those features tho. I dont know how to classify based of body/wing type etc. and while I’m interested in it I don’t have time to learn much more about it right now. Hopefully these posts will get me some assistance 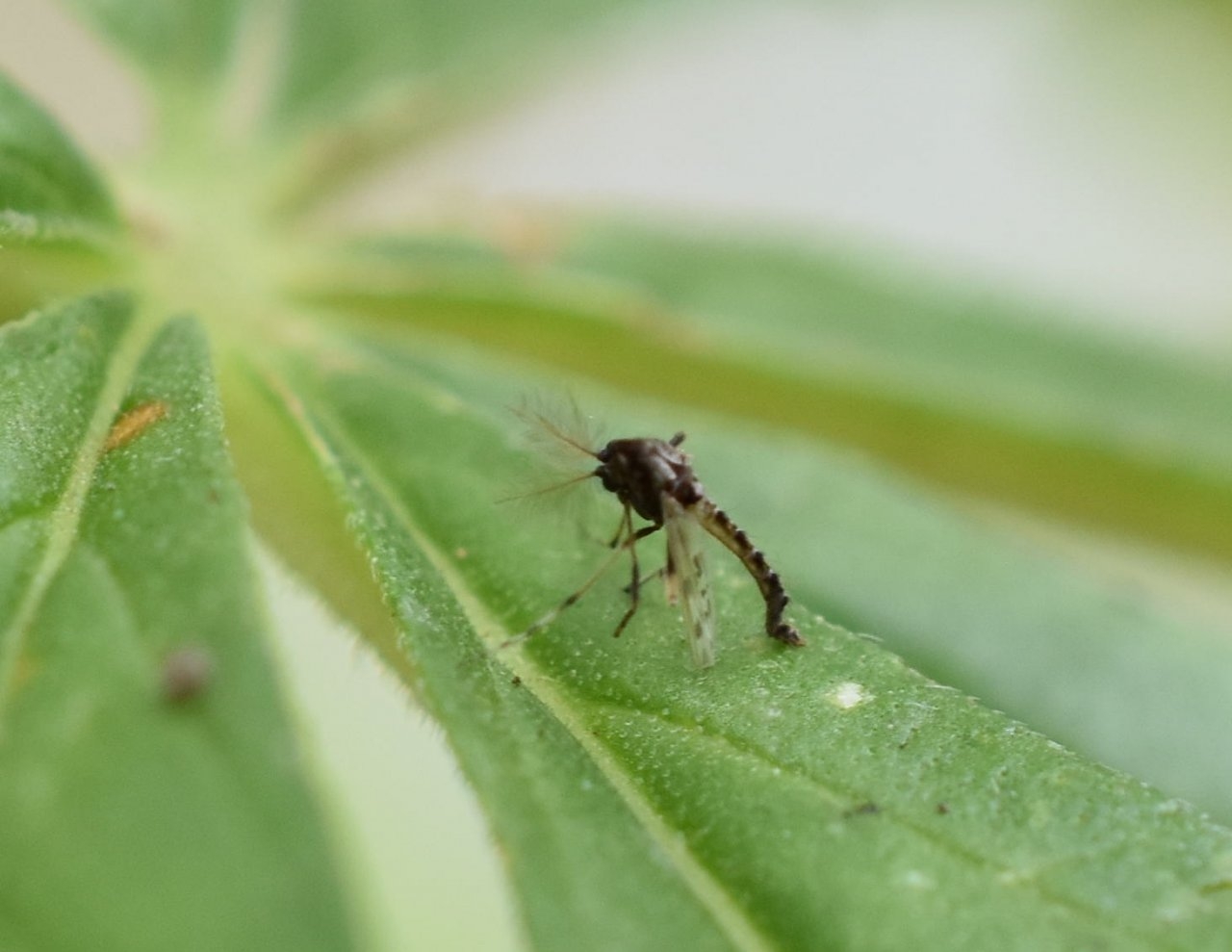 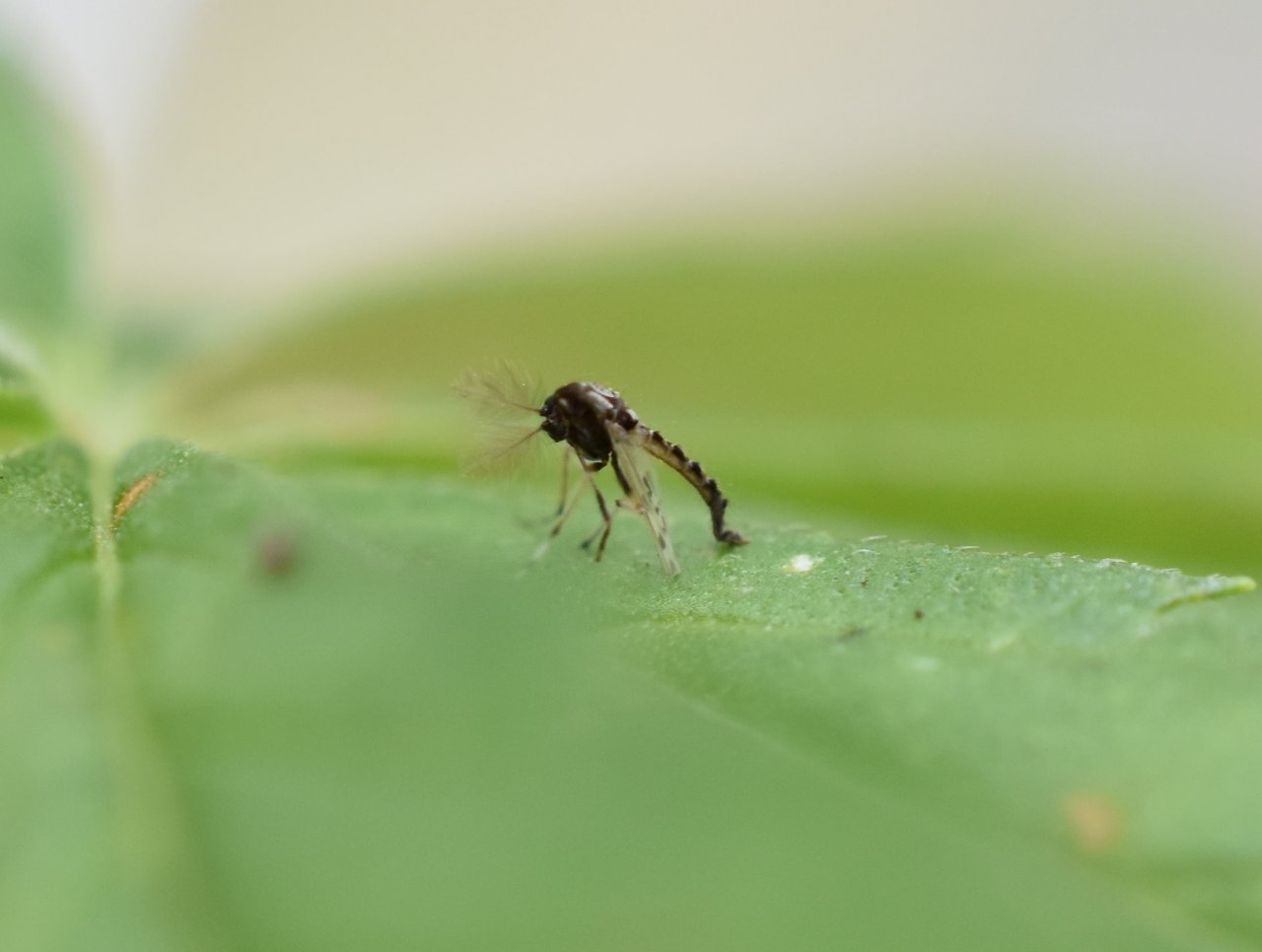 I couldn’t get an angle to show it well, but the wings are spotted.

That’s enough to go searching for for now. I’ll post a few next up that I can already identify.

Great thread & I applaud the approach of allowing native predators to control pests outdoors! In my experience it's very effective.

I started a similar thread: Why I never spray for pests

I don't think there'd be much overlap between N. Amer inverts & those in Oz, though. But I'll be following this!

andIhalped said:
Great thread & I applaud the approach of allowing native predators to control pests outdoors! In my experience it's very effective.

I started a similar thread: Why I never spray for pests

I don't think there'd be much overlap between N. Amer inverts & those in Oz, though. But I'll be following this!

There is sure to be some crossover of types of bugs - companion threads from across the seas.

Can’t help you with the bugs but the pics are great!

Amy Gardner said:
Cool halped! I’ll follow along yours too

There is sure to be some crossover of types of bugs - companion threads from across the seas.

There's also some discussion of the approach in my completed grow journal: On Walden's outdoor grow in the PNW '18: A nonlinear tale
But on the predator front it's mainly a rehash of my predator pest control thread.

Love your work--fantastic photos, plus it's great to see an outdoor grow progressing during our winter!

Cheers! I’m mostly here just celebrating them with my pics and hoping to ‘outsource’ some ID work -hoping that when I can’t figure it out someone will come around eventually to help me out!

Speaking of which... I hear that @Liquidintel has a knack for insect ID....

I spent some time skimming my first journal for the beneficial insects. I’ll share these ones so far, for the record

The day I photographed this one it had been hovering at my shoulder from one end of the garden enclosure to the other - just there, at the edge of my eyeline - moving with me wherever i went for quite some time… I eventually decided it was saying “hey, how about me this week? Take my photo!”

Hover fly - I’m not sure of the classification of these one we have here, I’ll have to look it up. Hoverflies in general are found all over. They are excellent pollinators and the larvae of some species prey on sap sucking pests like thrips and aphids. 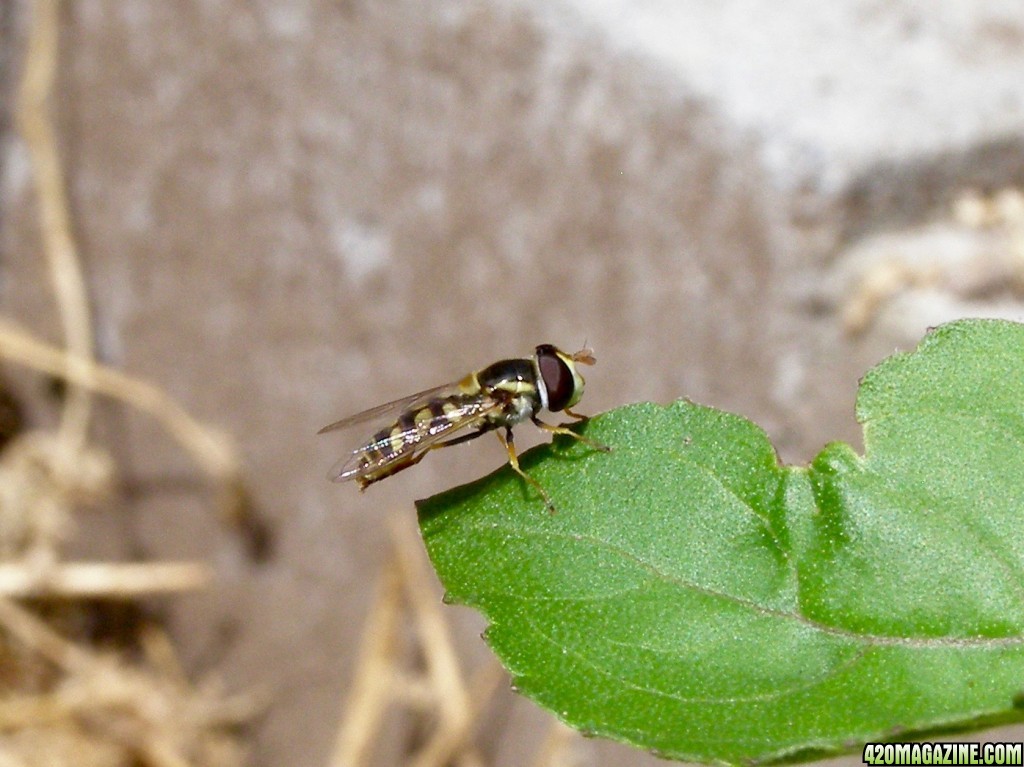 This next little beauty hung out all through the veg season in one of the ‘bush pods’ I was growing in. It is about 6mm from head to wingtip, with very long feelers!!

Tiny parasitoid wasp: One of 17,000 recognised species of the Hymenoptera Braconidae family (minus 3 of the 5 Latinate classifications...) 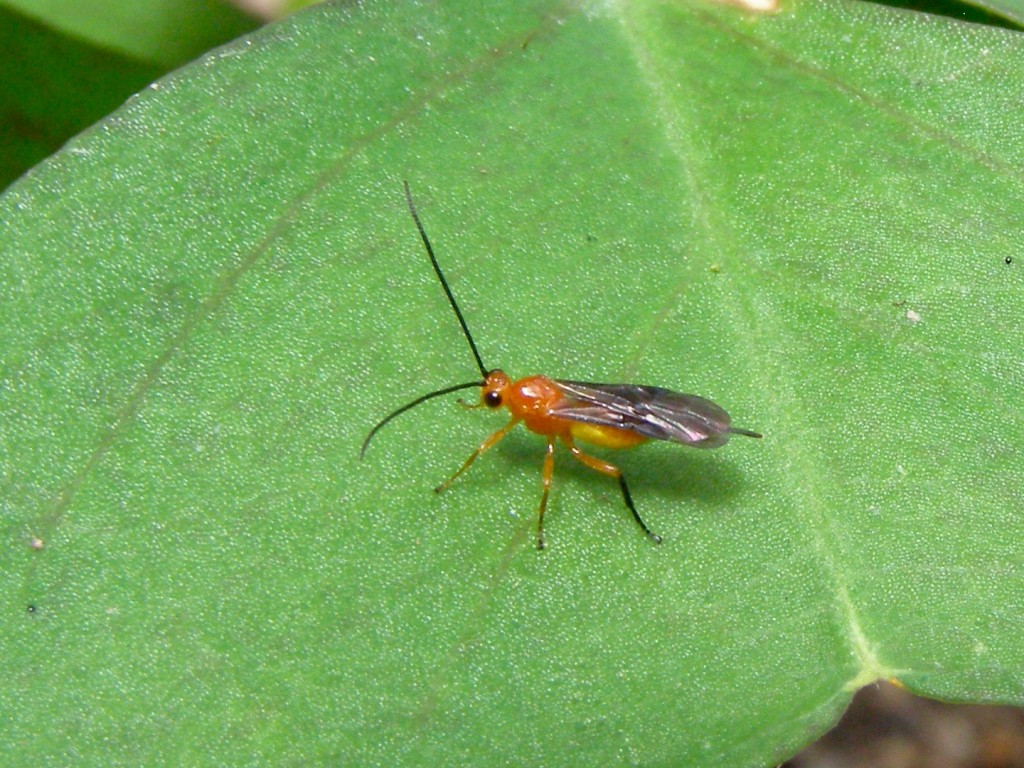 The Braconidae are a family of parasitoid wasps. After the closely related Ichneumonidae, braconids make up the second-largest family in the order Hymenoptera, with about 17,000 recognized species and many thousands more undescribed.[1] One analysis estimated a total between 30,000 and 50,000, and another provided a narrower estimate between 42,000 and 43,000 species.[1]

I learnt, back when I was originally looking this one up, that one distinction between wasps and flies is that wasps often (usually?) have only one set of wings, flies have two. If anyone can confirm, deny, or clarify this, that would be great, please!

To wrap up this instalment, there's this tiny fella (I'm fairly sure it's a male from the shape of the abdomen): Long legged fly - Dolichopodidae Austrosciapus connexus. It breaks that guideline about flies having 2 wing sets and wasps having only one - it’s a fly, with one wing set so far as I can see. 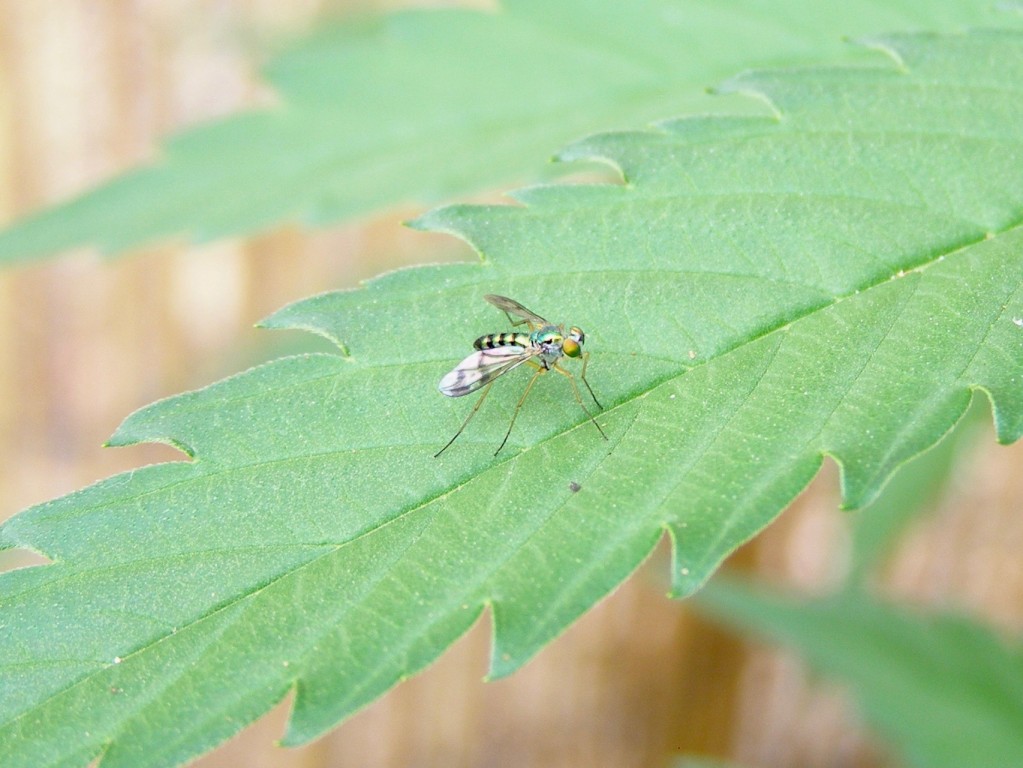 This is the genus mainly found in Australia and sometimes in some Pacific nations.

adults are predators, feeding on small invertebrates including Collembola, aphids, and the larvae of Oligochaeta. Species of the genus Dolichopus commonly prey on the larvae of mosquitoes.
Click to expand...

That’s it for this instalment. There are more to collect front the old journal still so there will be another... probably a few and then it will just be as they appear before me.

Found this place! Love your photos of bugs and beasts

.
Last edited: Feb 7, 2019
You cannot flush nutrients from your buds! Click the two links below for the science:
link 1 • link 2
PERPETUAL...Trainwreck, Purple Urkle, Candida...Come for the banter!
Do we need to pH adjust our nutrient solutions?
Low Stress Training (LST) - a tutorial
Supercropping - The Hows and Whys
Aeroponic cloning bucket - The Cloninator - build your own!
Rice Balls to Quickly Lower RH in Jars
Great macro pics for under $10

I here to bug you

The band is playing Flight of the bumble bee

I'm in here for the learning and the pleasure, Miss Amy.
Very educational thread.
Love, Light and Peace

I here to bug you

The band is playing Flight of the bumble bee

Nice to have you along Mark Gordon Smith! And I dont think the moment has passed yet to welcome to 420mag!

I’m here for the learning too. Specifically, to tap into the collective brain around here to broaden my knowledge about this aspect of the garden. Don’t hesitate to look something up for me if the moment takes you

Here comes a relentless Missouri predator; a mercedes driving legalization activist... loved by many, feared by politicians of all stripes... I will just pull up my pink garden chair right here!

So do you, or anyone so far, have any clues about the first three yet to be identified bug critters?

I'm not good at identifying bugs but I'll be watching from the sidelines.

very nice pics ... ill get to work i already have some narrowed down to certain types
Pterostychus-the-never-ending-story-now-White-Widow-Auto

What Kind Of Bug Is This? Friend Or Foe?