Almost Gave up on these, but

Here's the story-last year my son gave me a couple of seeds he found in a bag he bought,so I decided to stick them in a pot and see what happened.
Here's what I got-A very healthy looking male,and a sickly looking,genetically defective dwarf female: 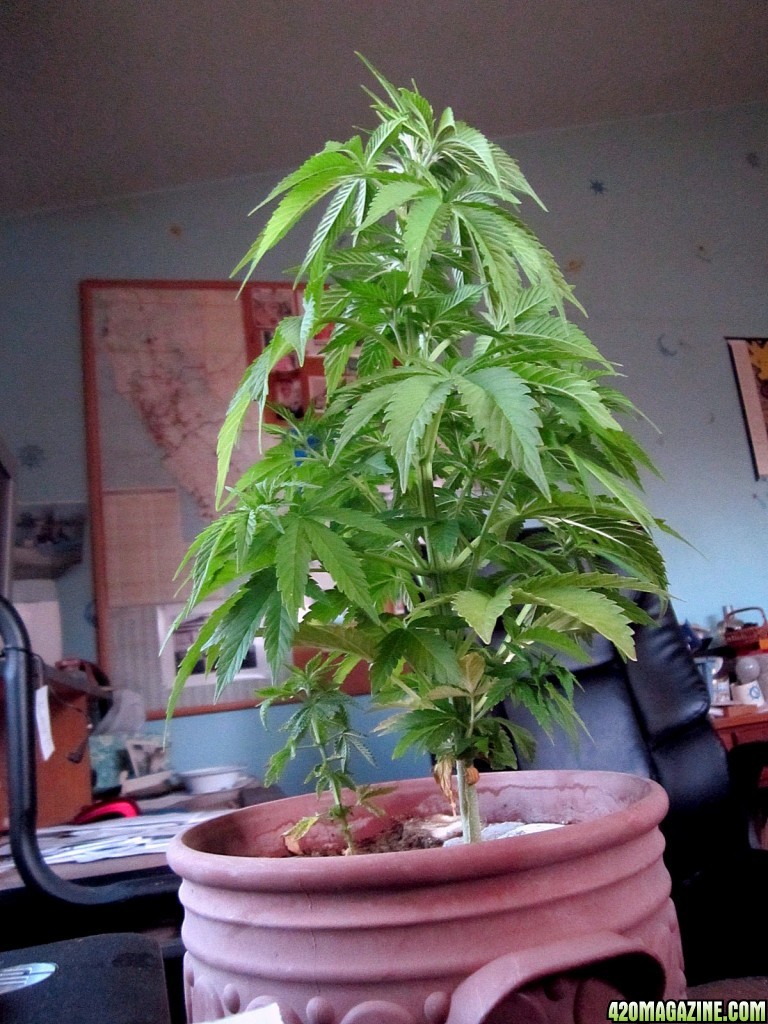 Here's the Mom, 8 inches tall,flowered and seeded from the healthy male,about 2.5 months old.
(not sure why I kept her alive,but I did...): 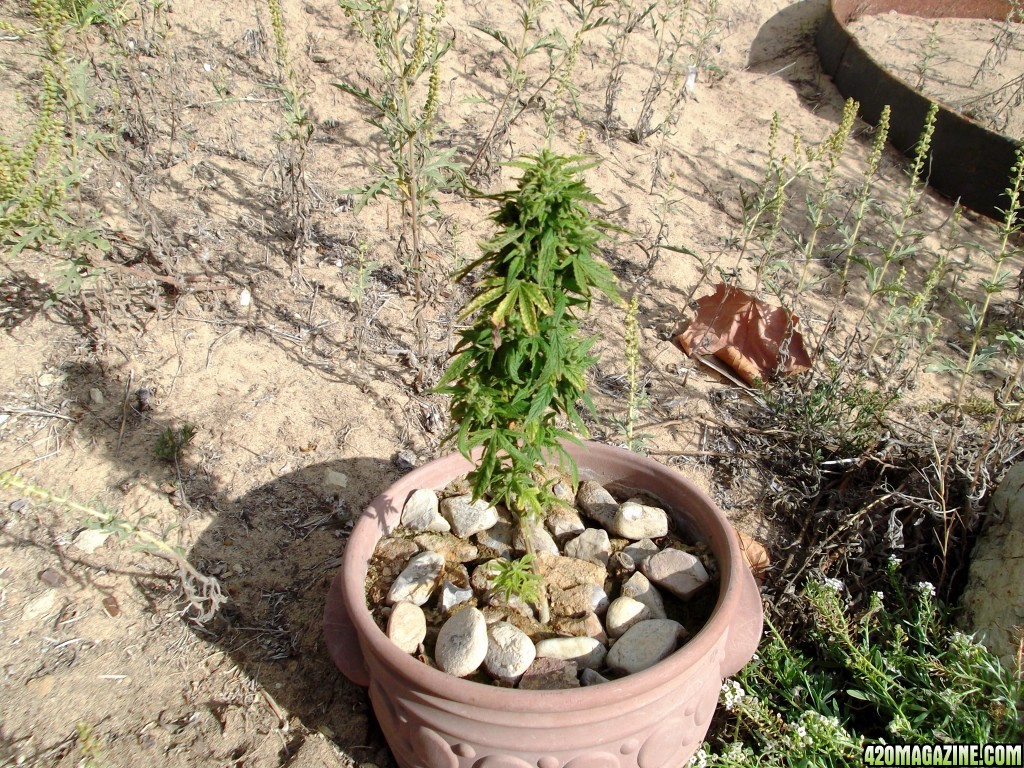 Planted a couple of seeds from her on apx Feb. 15th,2014,this is what they looked like at about 2 months(April 20) old-pretty pathetic-not growing,and the new leaves all turned white: 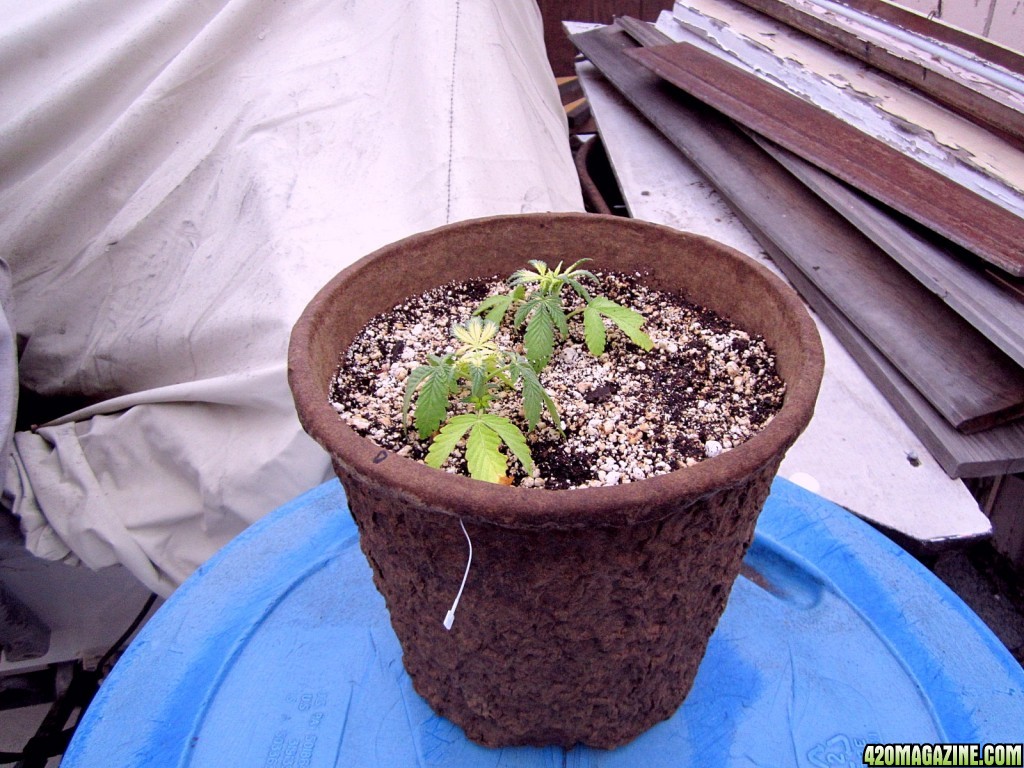 SO,I topped them,(2 plants in 1 pot)removed most of the leaves,sat the pot in a corner of the yard,and pretty much forgot about them while I concentrated on my "real grow": 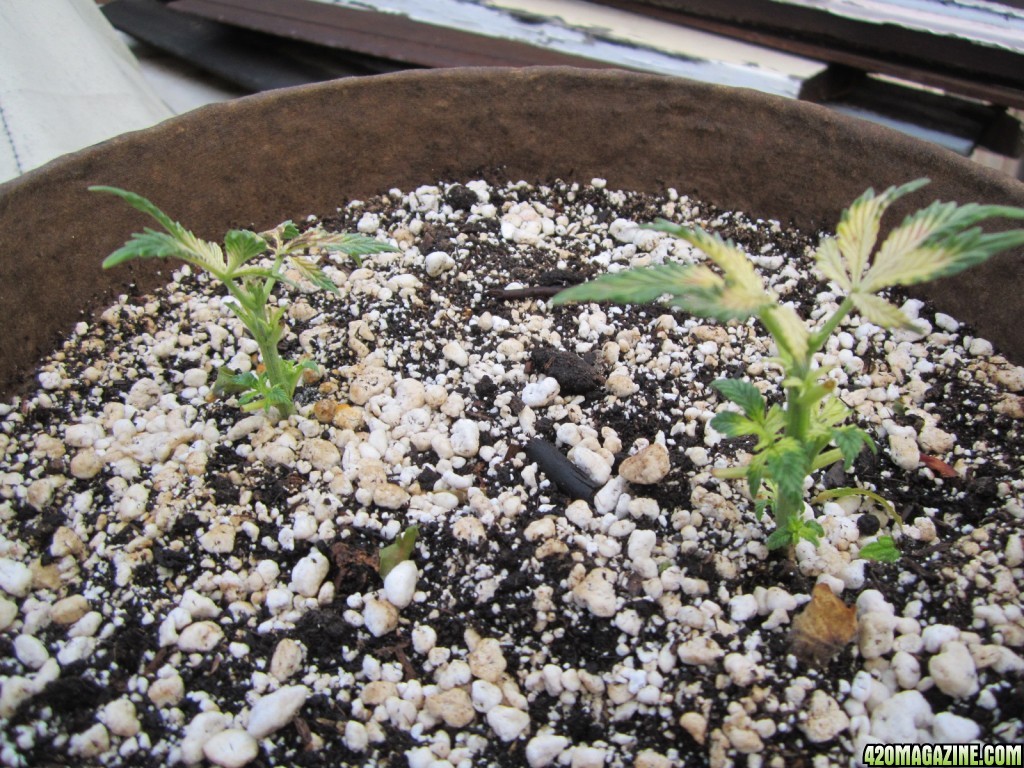 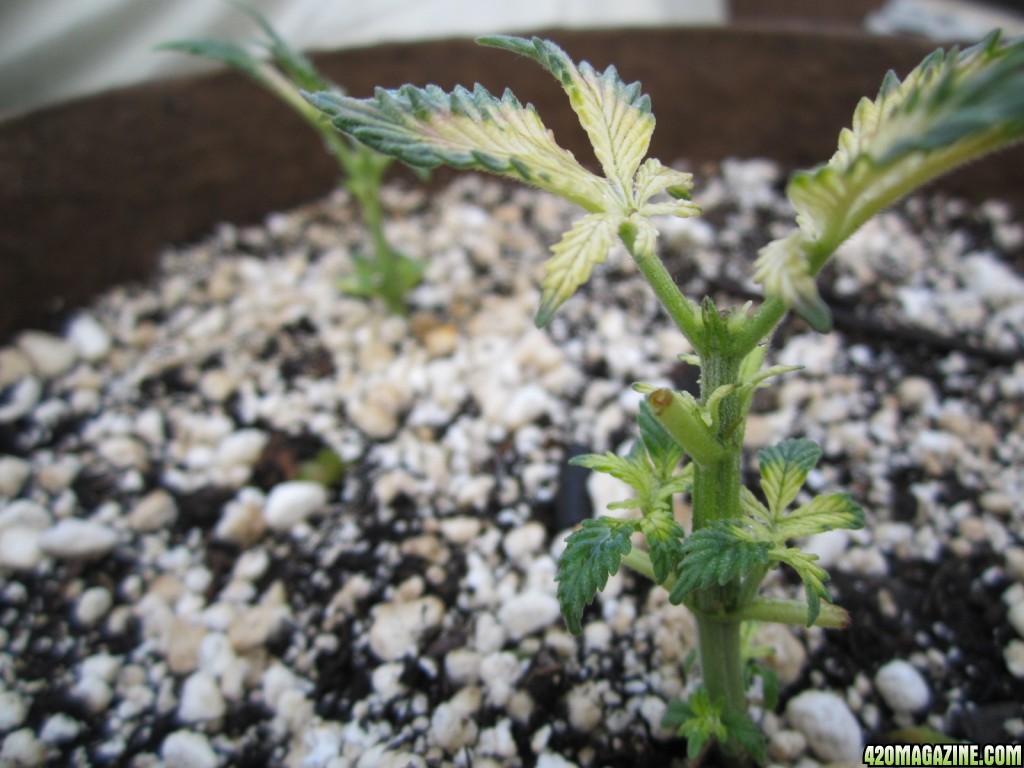 Well,on about June 6th,(about six weeks later)I took a look at them,and much to my surprise,I found them doing this: 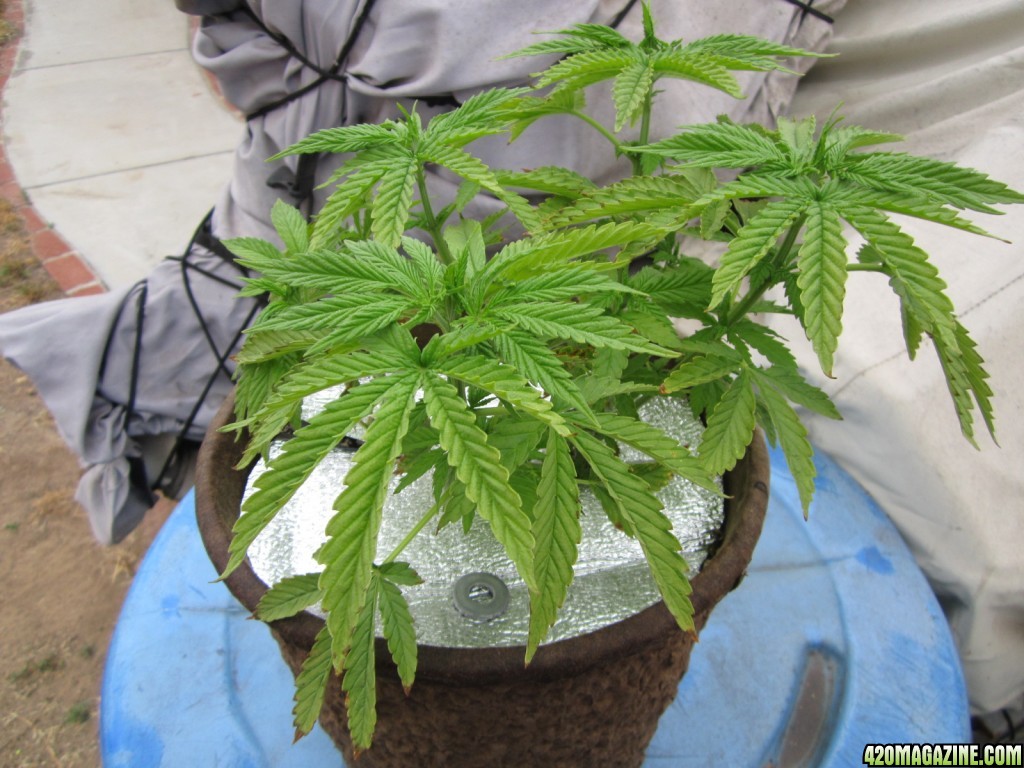 And here they are on June 29th-I'm pretty amazed,considering how they started out-and it gets better-they're both females!: 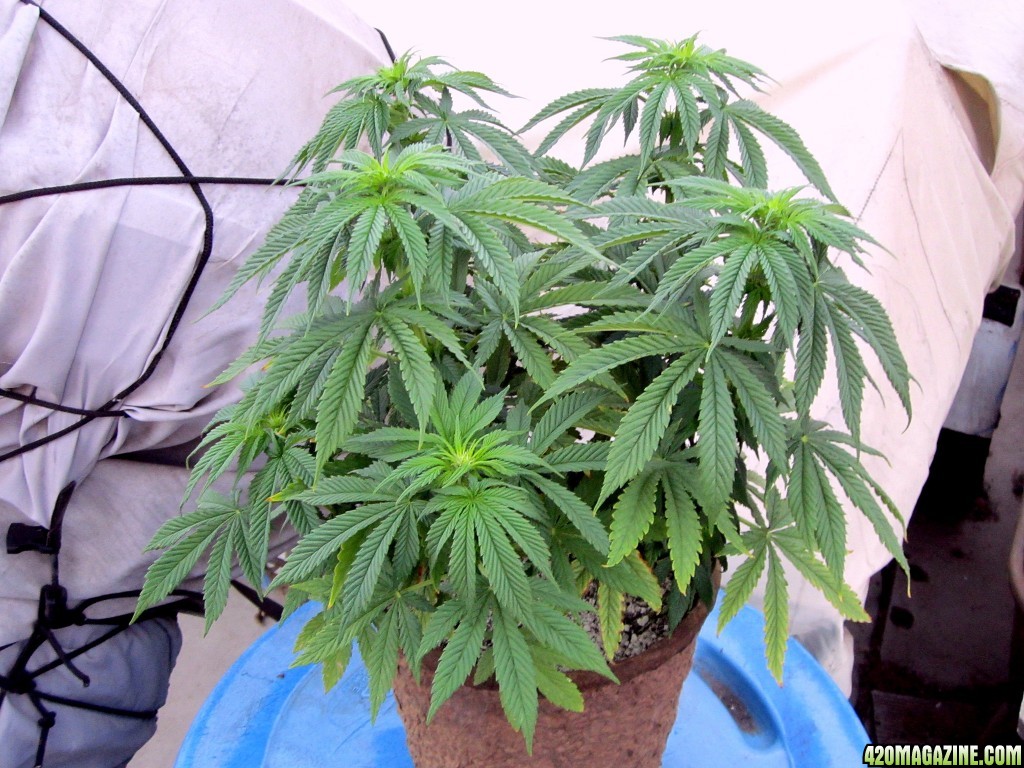 They have grown about 2 inches since the last pic was taken,pretty much the healthiest looking plants I've grown so far!
So,apparently,just because they start out bad doesn't mean they're going to end up that way!!
BUT, it did take them 4.5 months to finally start doing something,but now they're doing what they're supposed to do-they're growing like weeds !

I'll keep this thread updated on their progress-I'm going to leave them both in that same pot,since they appear to be so happy there...

Update,July 2:-The 4 Tall buds are one plant,the 2 lower ones are the other plant 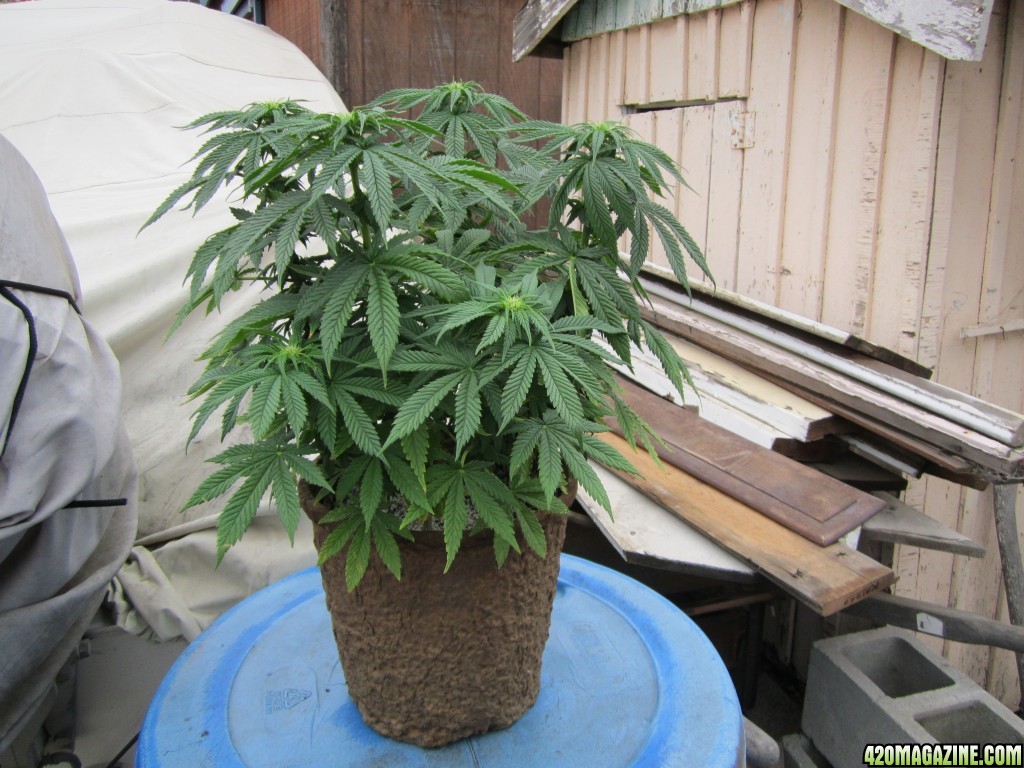 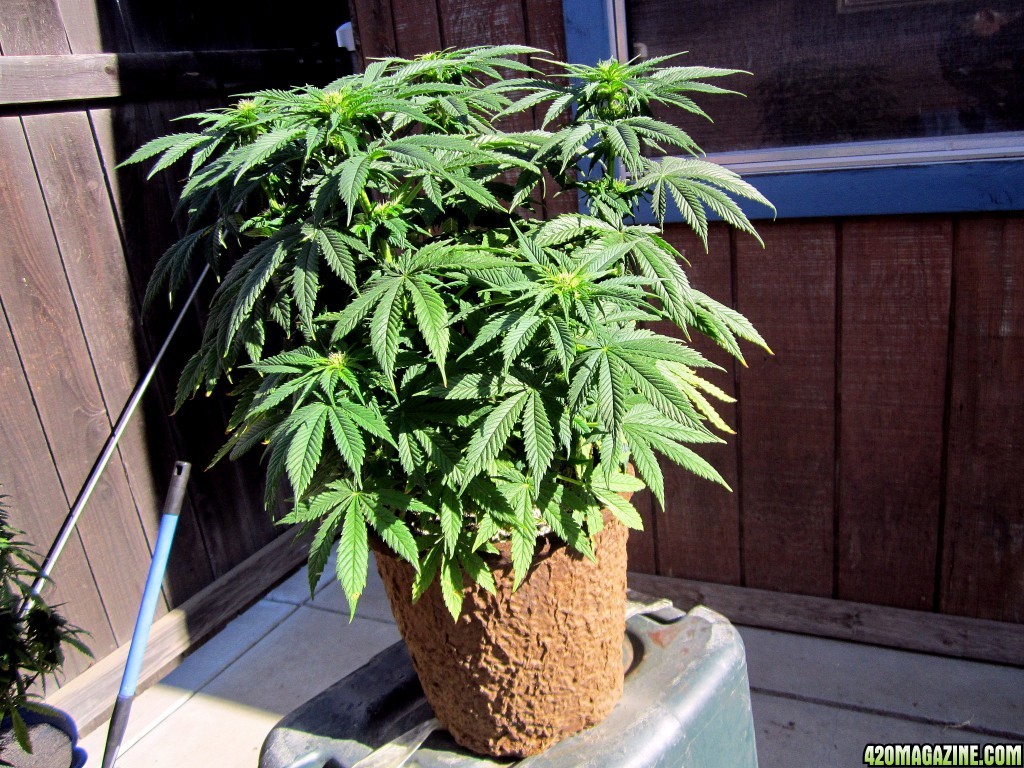 I think you should transplant that baby, to a much bigger pot.

Got to thinking about it,and you're right! They never even noticed the transplant,no droopy leaves,nothing-just kept right on a-growin' 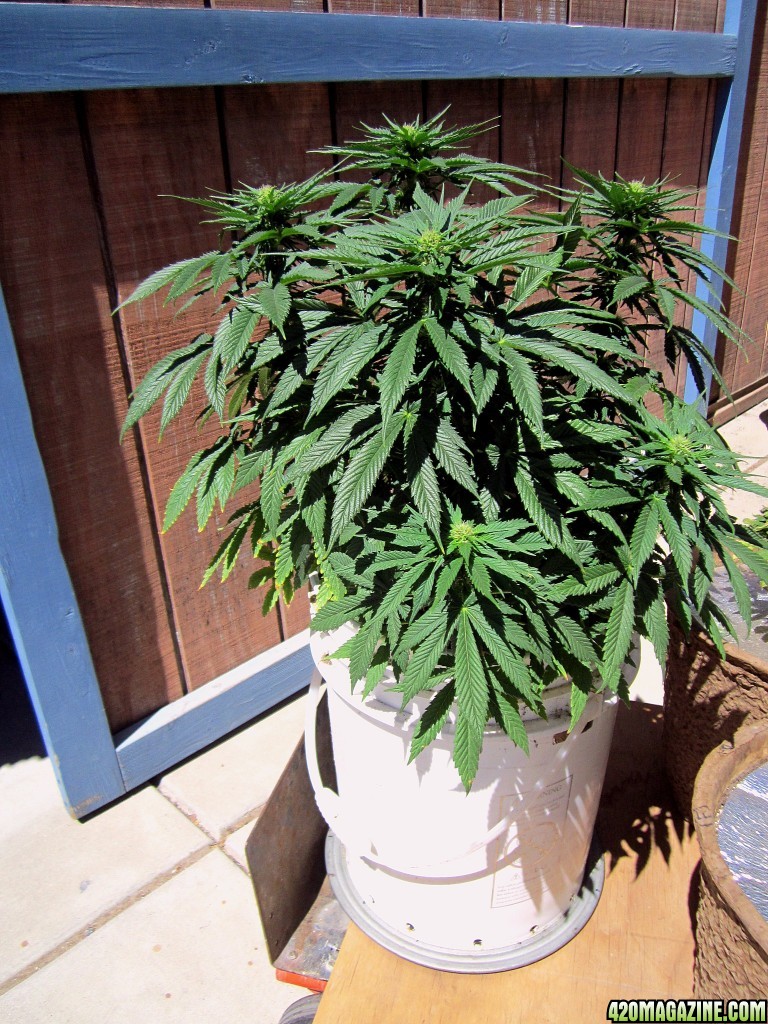 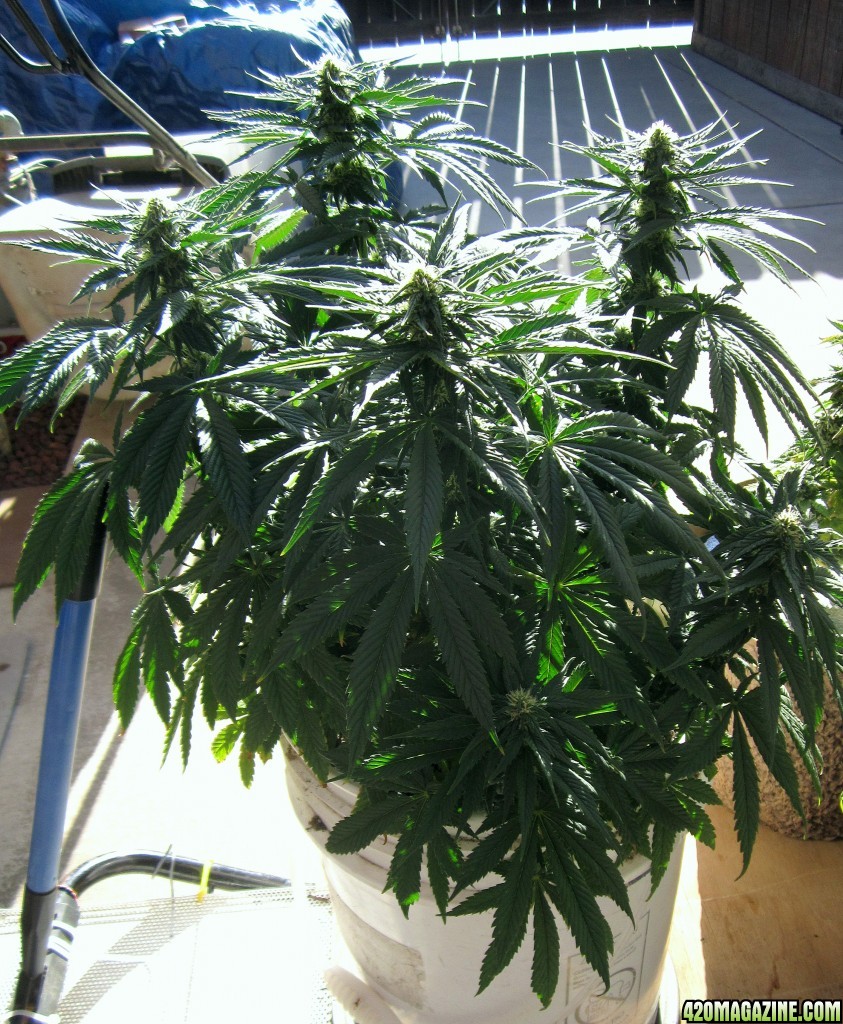 I love it. outside is amazing.

Nutty Journal where all sorts of crap happens

Nutty and his Microbe organic Journal 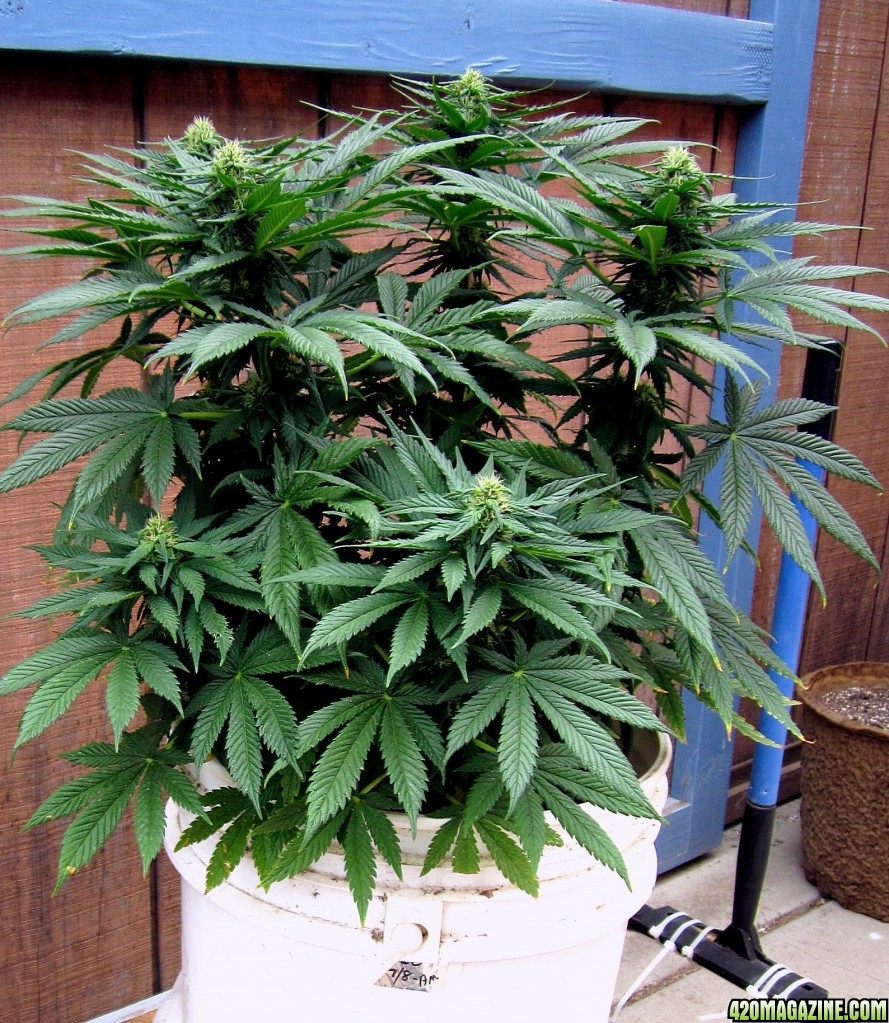 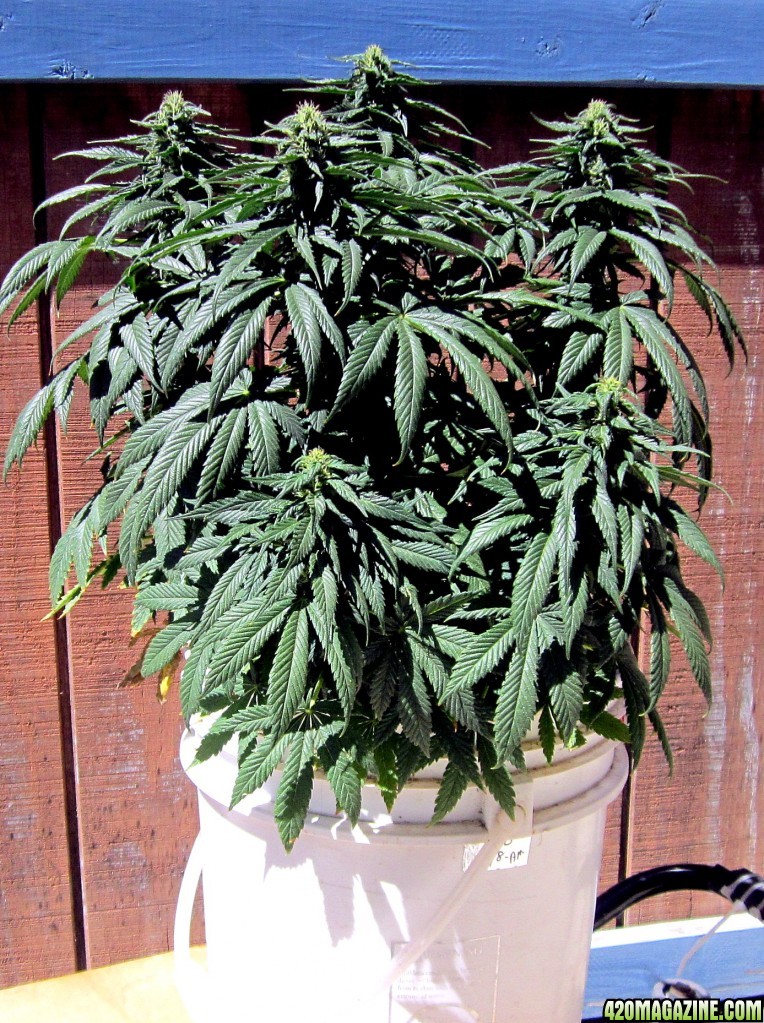 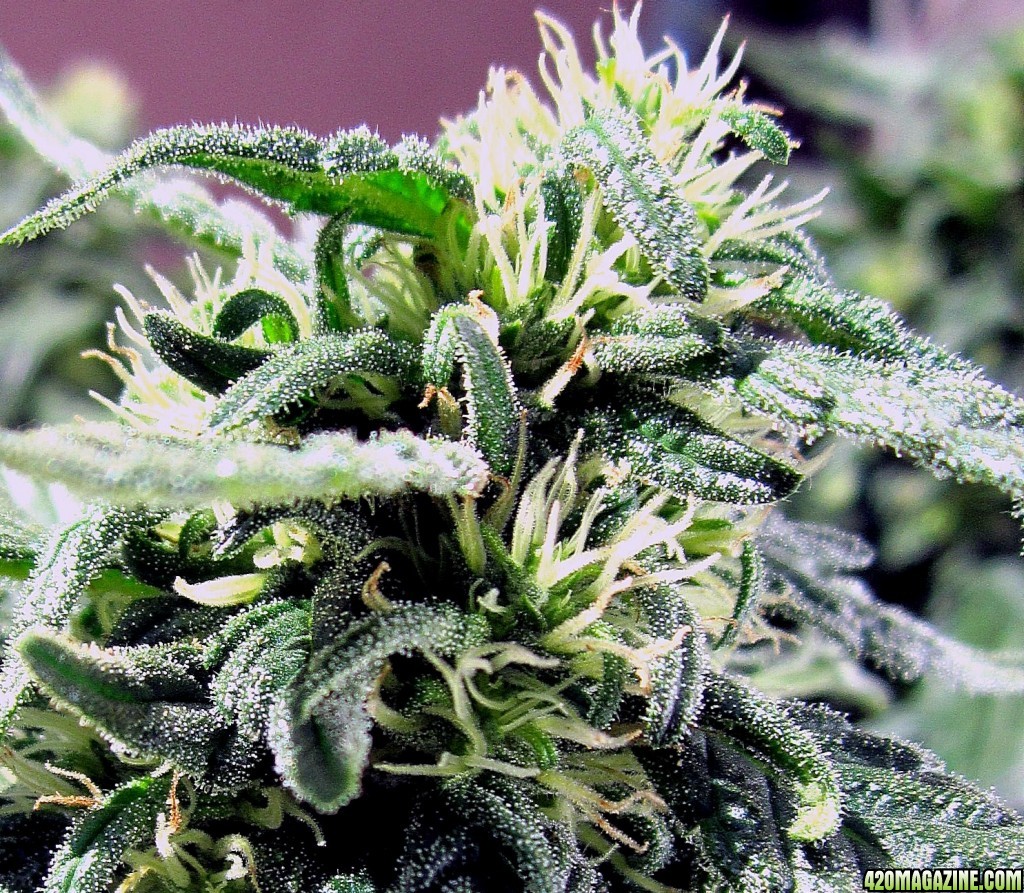 Update 7/30-Lookin' Better every day... not getting much taller, just fatter... 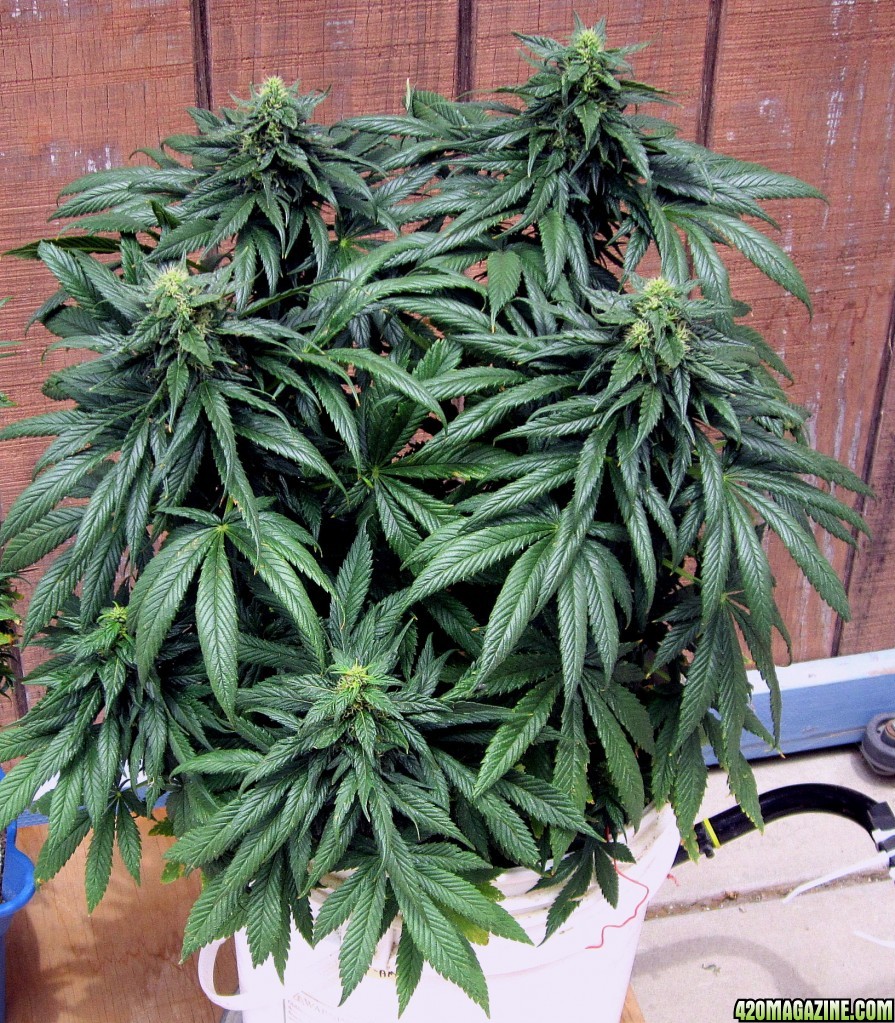 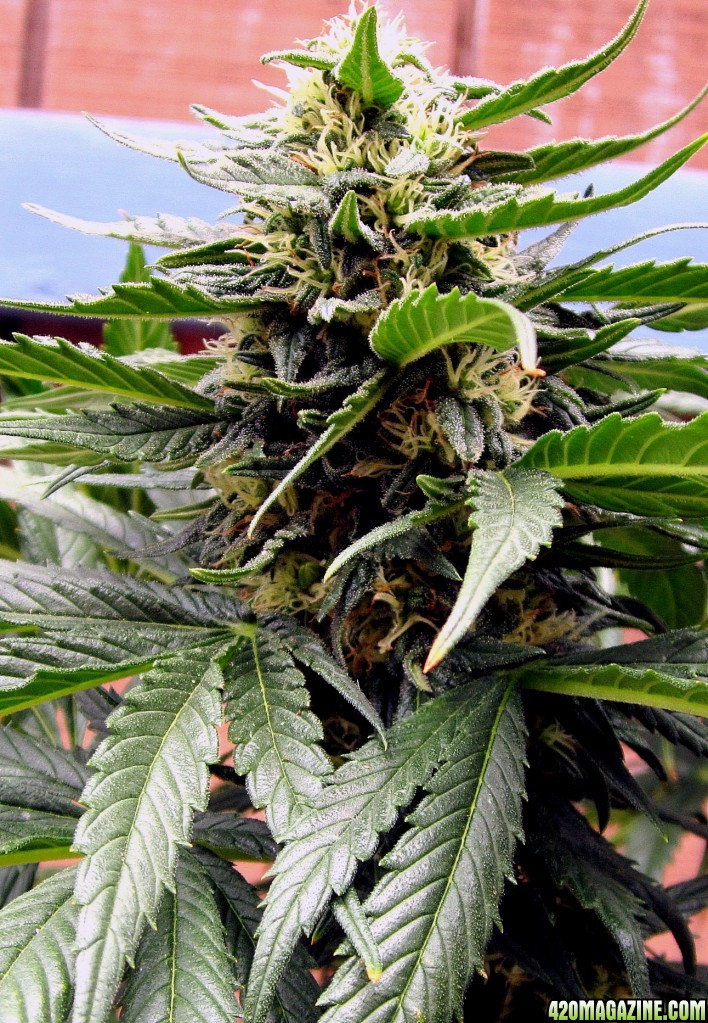 This is one of the best cannabis stories this year...the kind you tell your grandkids' about!

Update 8/6/14-gettin' fatter,frostier,and stinkier-had a little aphid problem developing toward the end of last week,so I went on a "Ladybug Hunt" in the yard-found about 7 of 'em,turned them loose on the girls on Friday,and they had annihilated every last aphid by noon Tuesday-They're happy,my girls are happy,and I'm happy ! 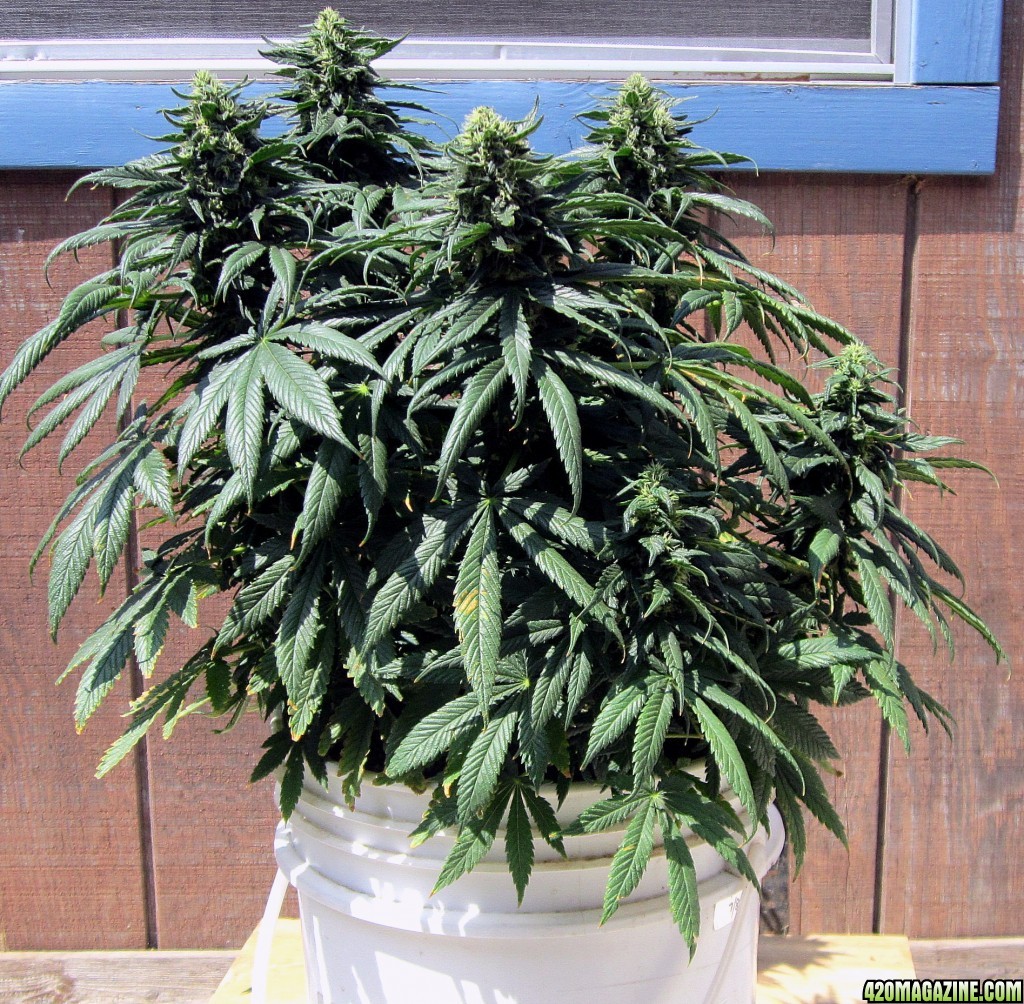 Only been about 4 days,but here's another progress pic,and some close-ups of a few of her buds.
She's starting her 8th week of flowering,so we're getting close-really piling on the trichomes lately...probably going to let her go another 3 weeks or a month-depending on when I start to see some amber.... 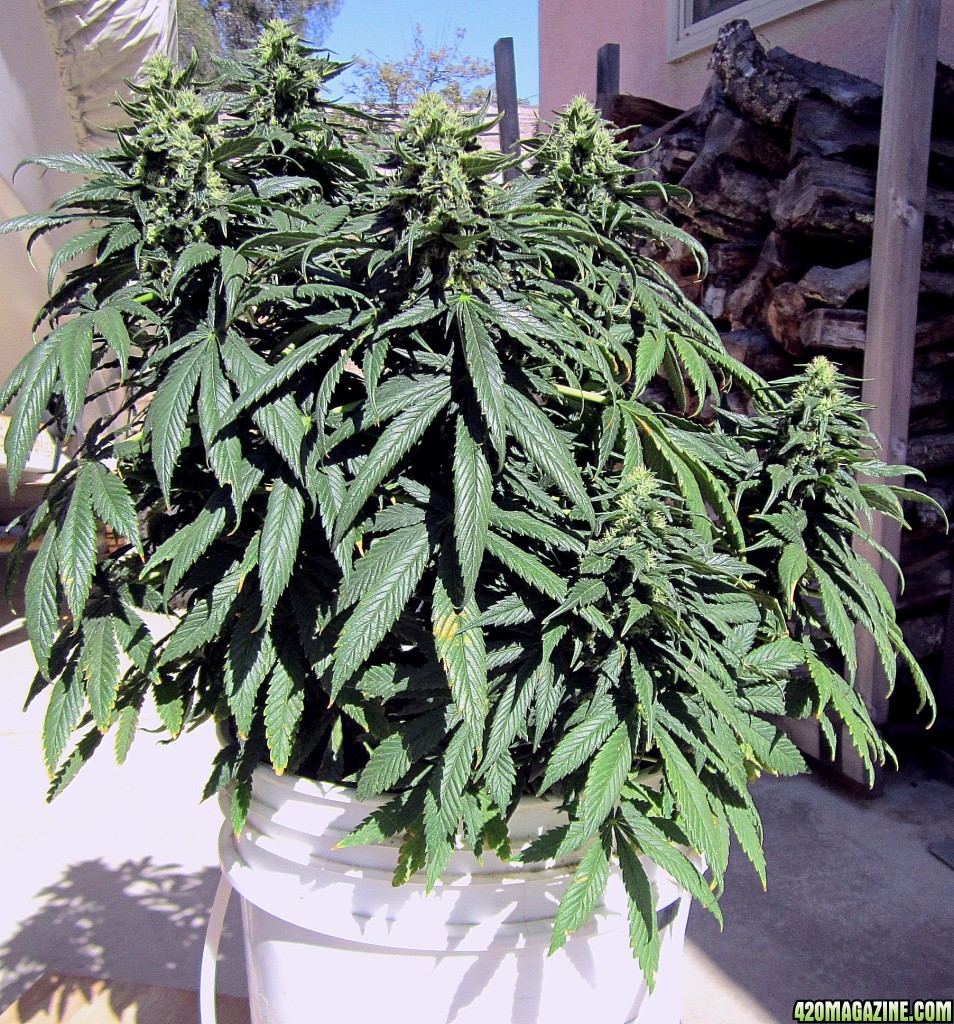 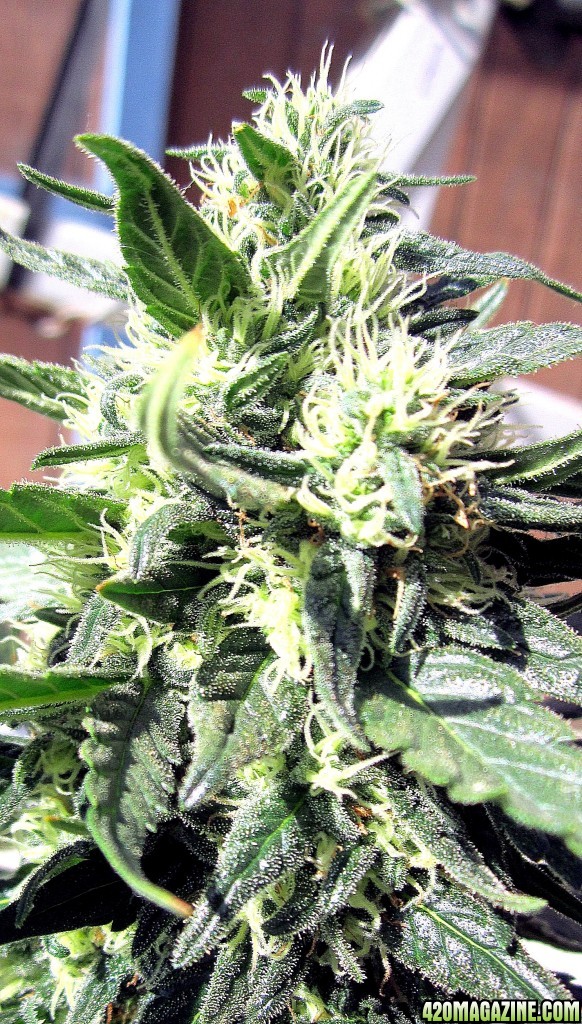 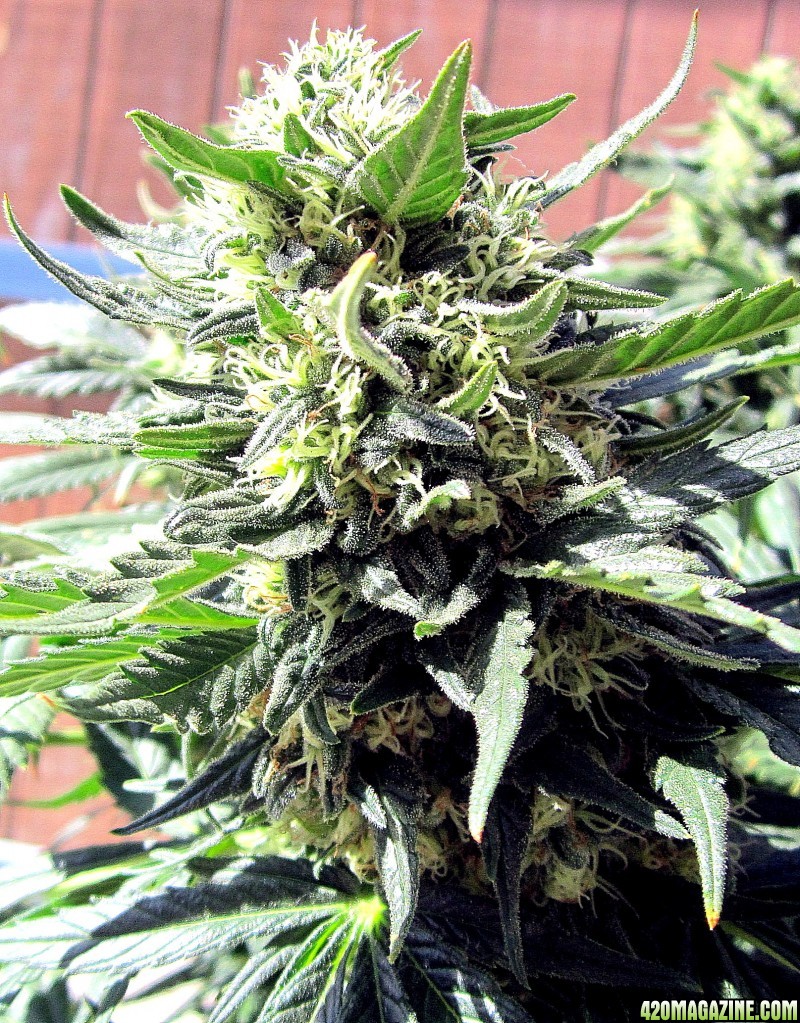 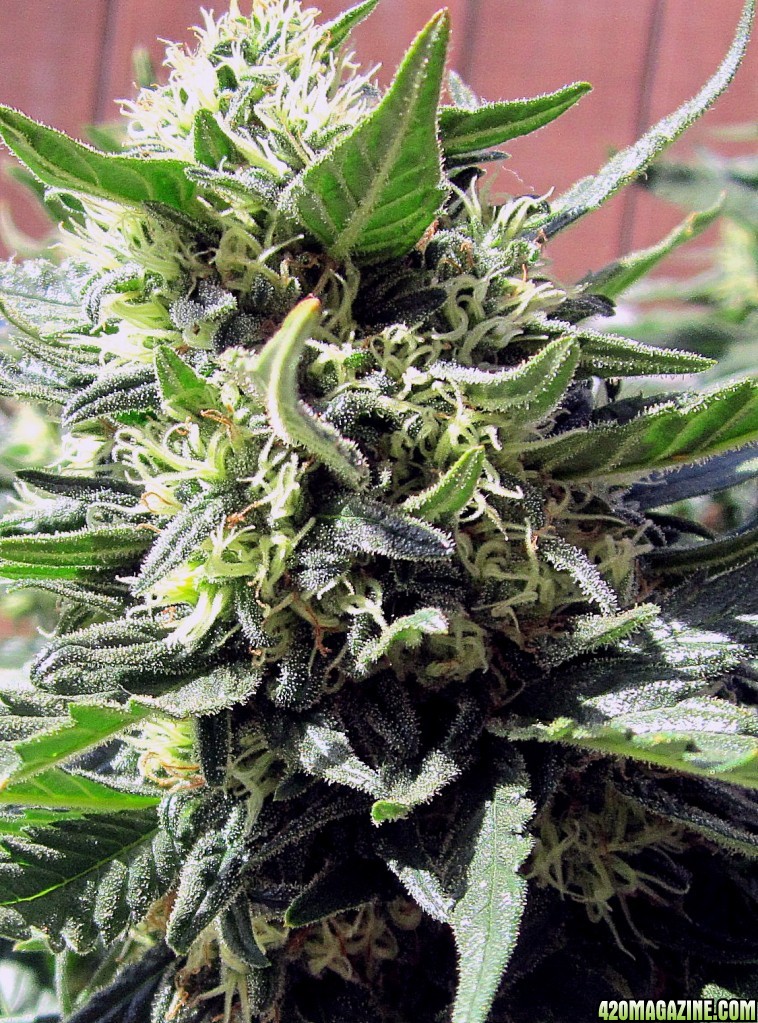