Hi,could anyone who understand give me some heads up,im dreaming to get 800 grams lol,So heres my specs from whats left..
600+400w hps
3x4 space
ph now about 7.1 7.2,before was good made a mistake and raise lil too much,will fix.
humidity 80,nothing i can do.
4 big buds and 1 some other indica.
Veged for 10 weeks,they had alot of stress...first grow..after I got to the right direction.
Currently flowering week 10 from flip,clear trichomes,I have biggest yielding strain of big buds,well it flowers 12 weeks maybe this is why its biggest yielding,I think i have about 2-4 weeks more left trichomes clear but should go milky sometime soon...plants were toped few times and scrog... 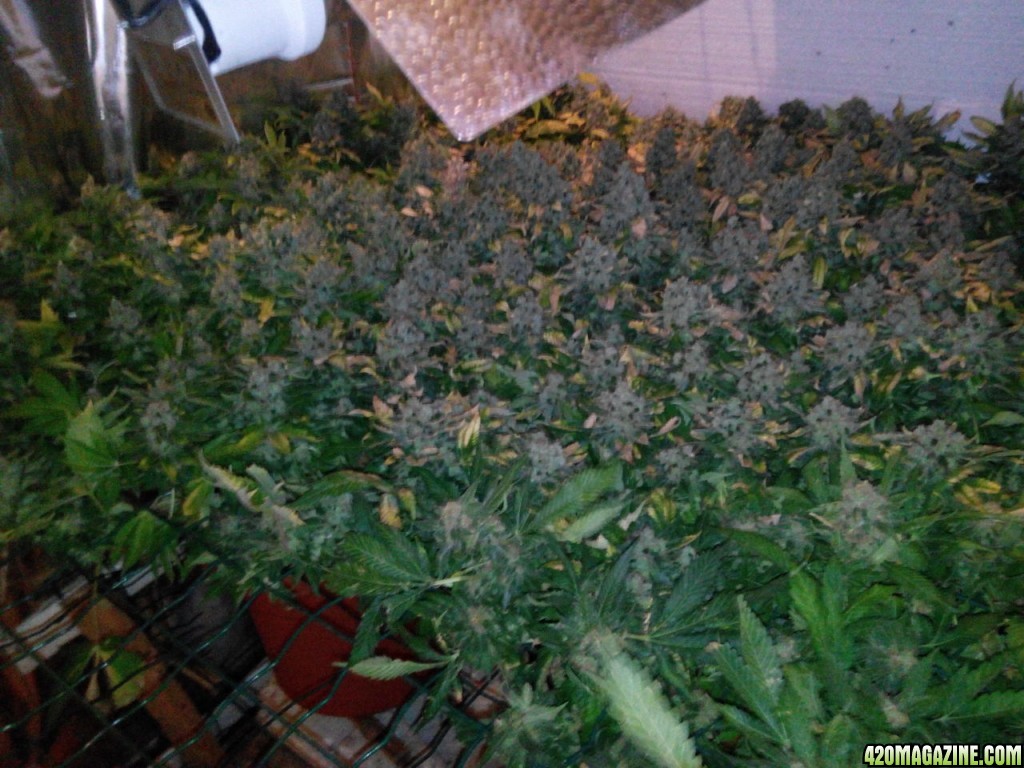 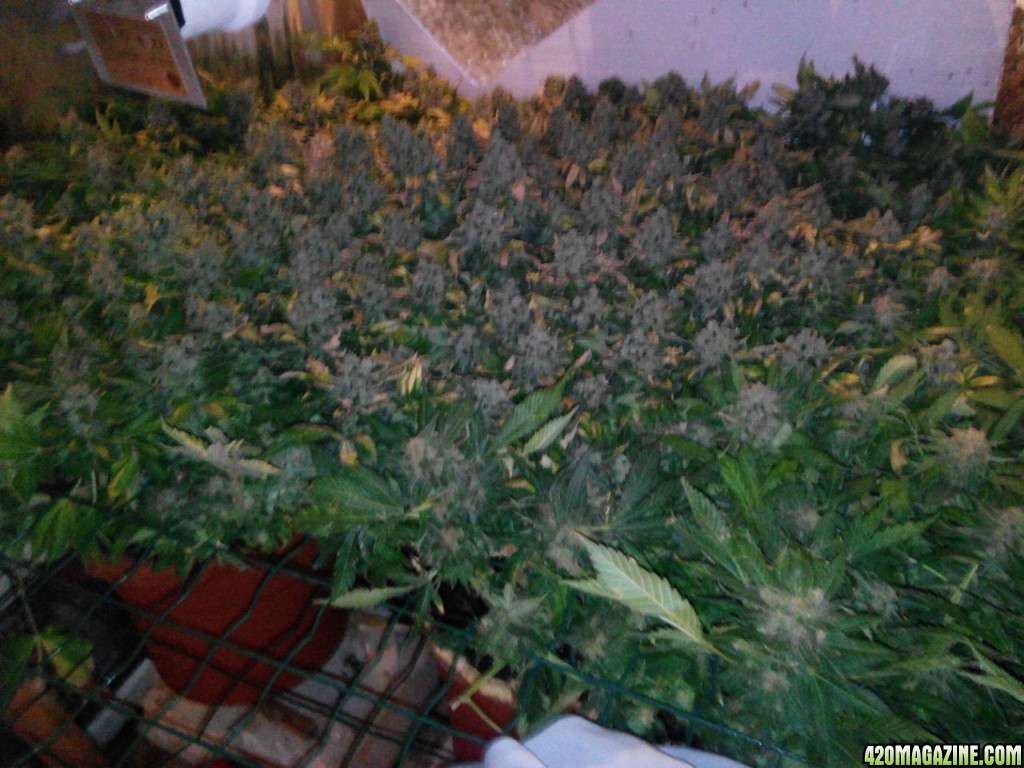 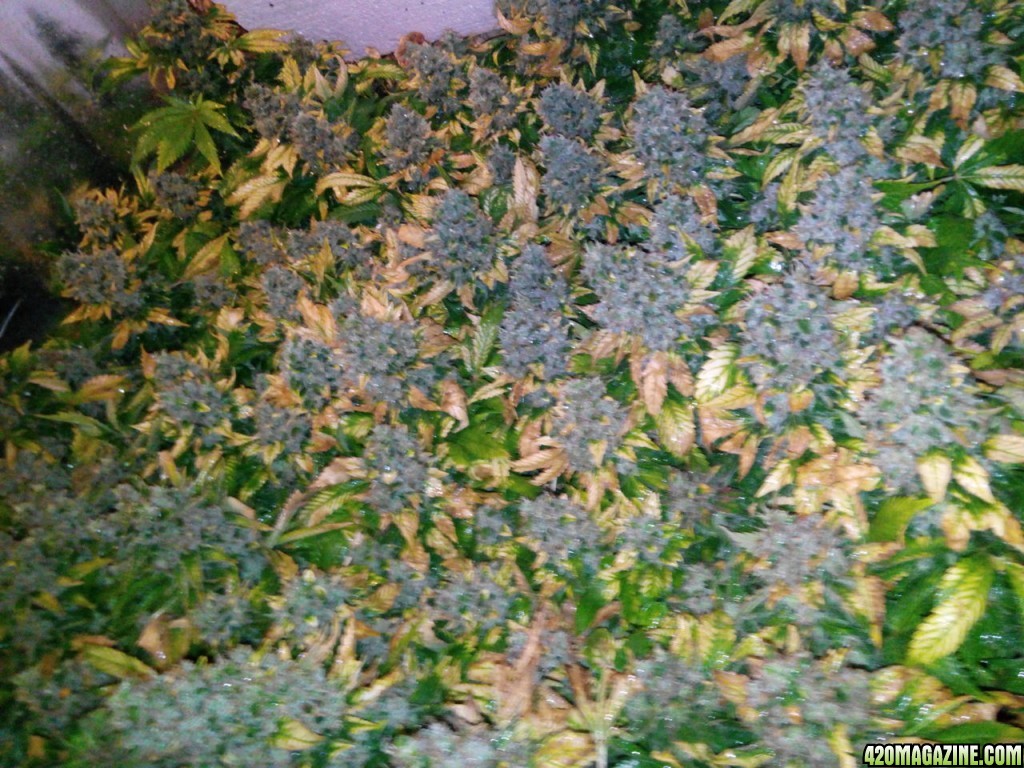 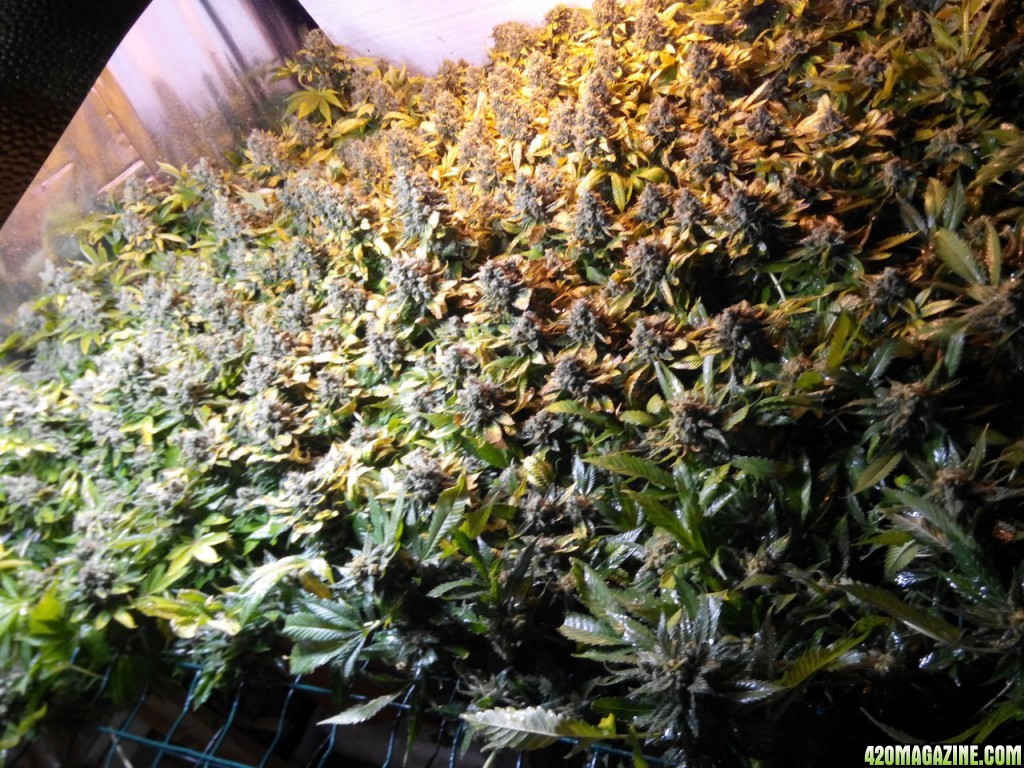 Obviously I could be completely wrong, the yield is the yield so time will tell.
B

I think 600 would be high for 1000 watts. Pump co2 for the rest and try to get that bulk
13 strain journal and always looking for more

you can easily pull 800 grams under 1000watts in that space,id be worried if you werent even close .

try get the humidity down or you could end up with 800 grams of mouldy bud , would be a shame to end up like that its looking nice ,go the little extra and get a dehumidifier, even hang it if theres no bottom room ,

that humidity has me concerned,nothing worse than throwing months of work down the crapper
Dont sweat the petty stuff,and dont pet the sweaty stuff

Happen to me when i was experimenting with hempy bucket & perlite grow with a couple of soil plants the lights on RH was around 55% to 65%.... 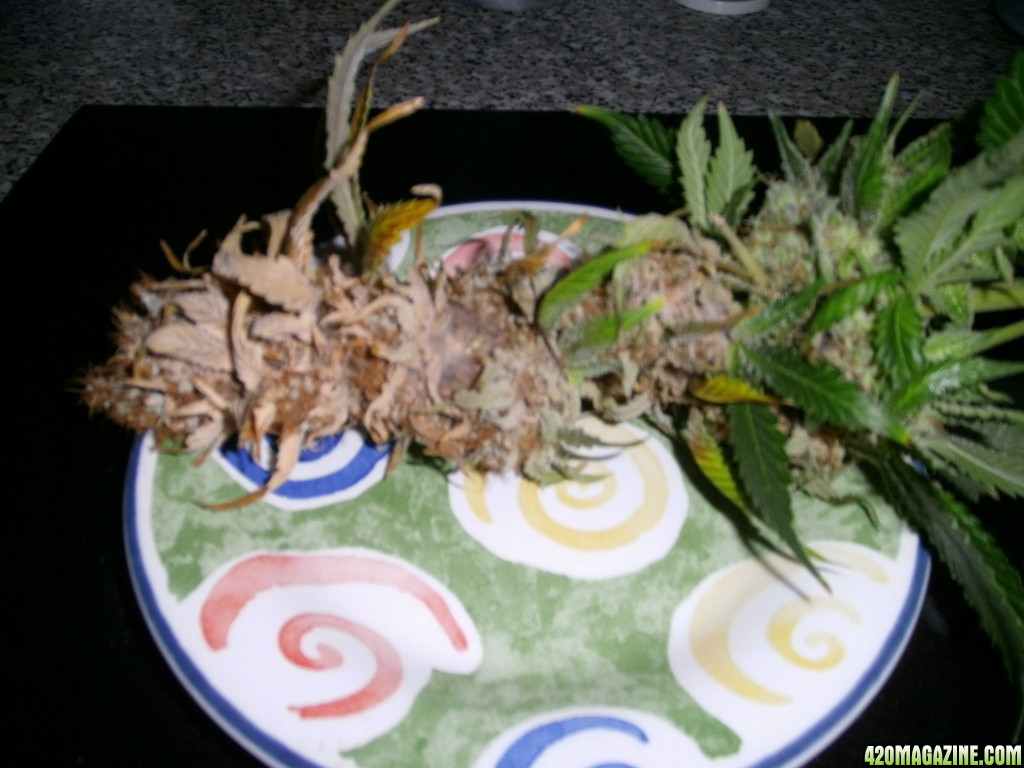 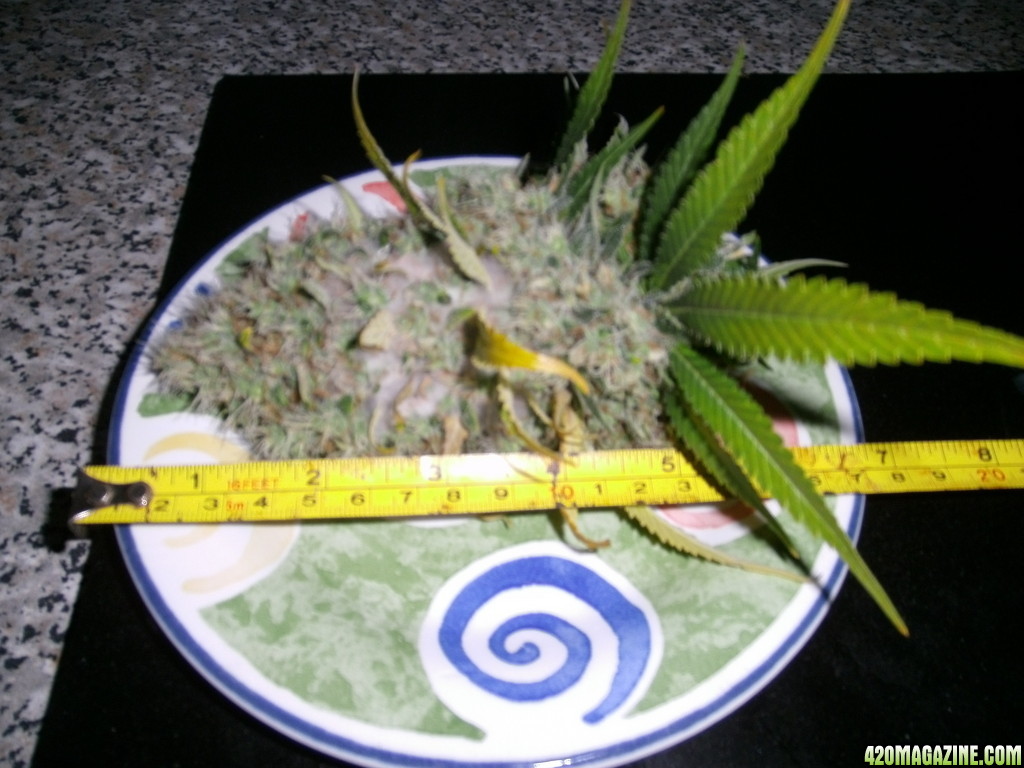 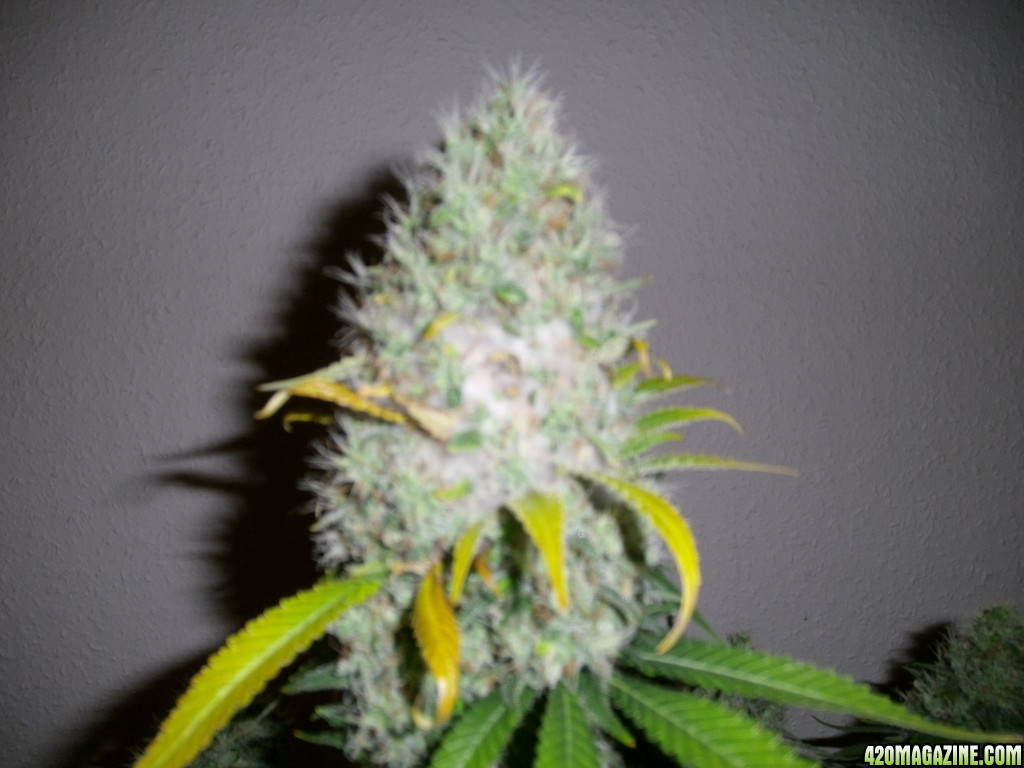 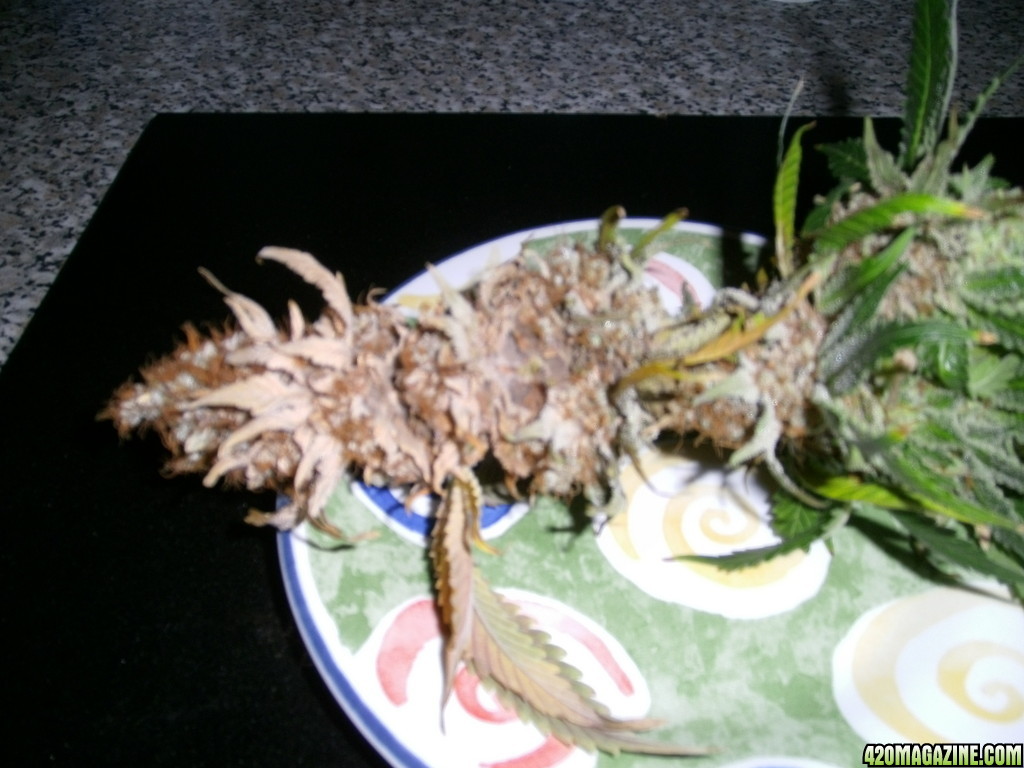 Take a good look at those pic's & remember what the rot looks like !

it even continued through the slow air dry & was rather heart breaking binning bud every few days full of rot.
"Mama always said growing was like a box of chocolates. You never know what you're gonna get."

as the old saying goes , NEVER count your chickens before they hatch

Plant and pest problem solver
B

Two 5 gallon buckets placed inside each other. Top bucket drill holes in bottom. Fill top bucket (one with holes) with rock salt. And place inside other bucket. Empty as needed. Fisherman do it in the off season to prevent high humidity and mold in lower cabins and rooms with rope gear. I assume u have buckets and this could help for about 10 bucks.
13 strain journal and always looking for more

I dont understand pictures,the good ones is the ones who look bad from inside? Or from those buds infected from inside spread and after the while is that bad pics?
B

Can u use a vinegar wash if that starts to happen. That's what we use if the wrong strain of bacteria starts to take over curing meats
13 strain journal and always looking for more

I realised im dreaming about 800 grams lol!!! I dont have a chance,people who grown under 1000w hps please tell me,or someone under 600w hps,do I have a chance to get 500 grams? Thats like 18 oz...Plants after 5 days will be 3 months old,considering 2-3 weeks period from flip,I have about 2-3 until finish,people say they grow a bit in last weeks...Do I have a chance or like someone said before,250 grams,PLEASE who grew... 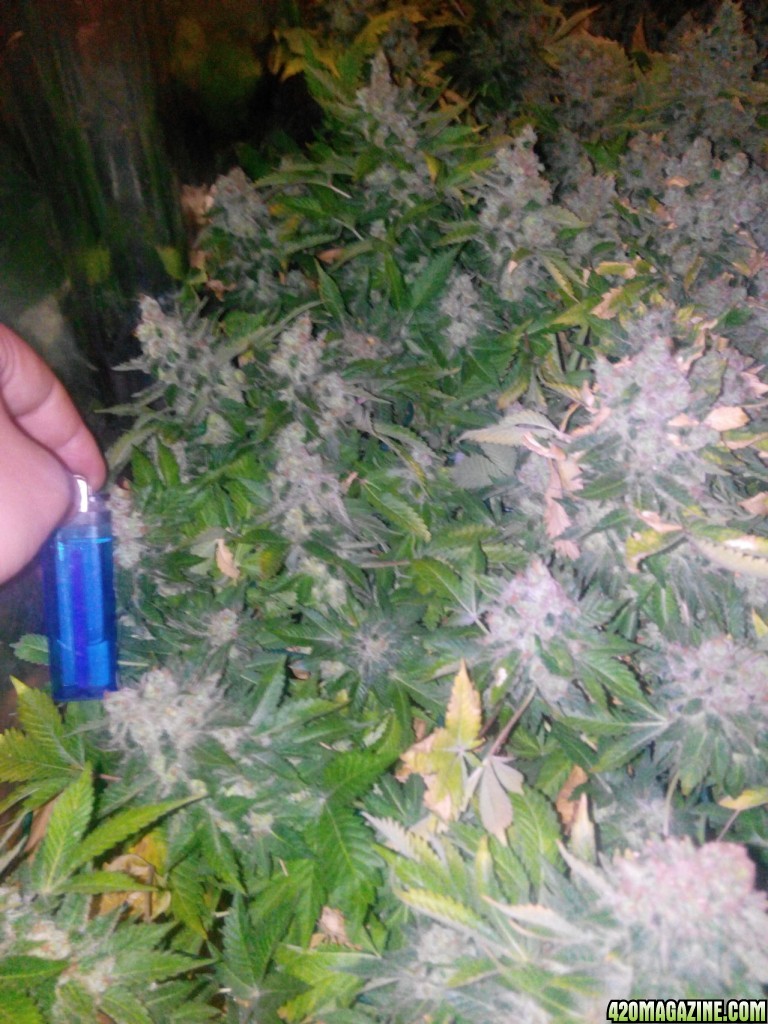 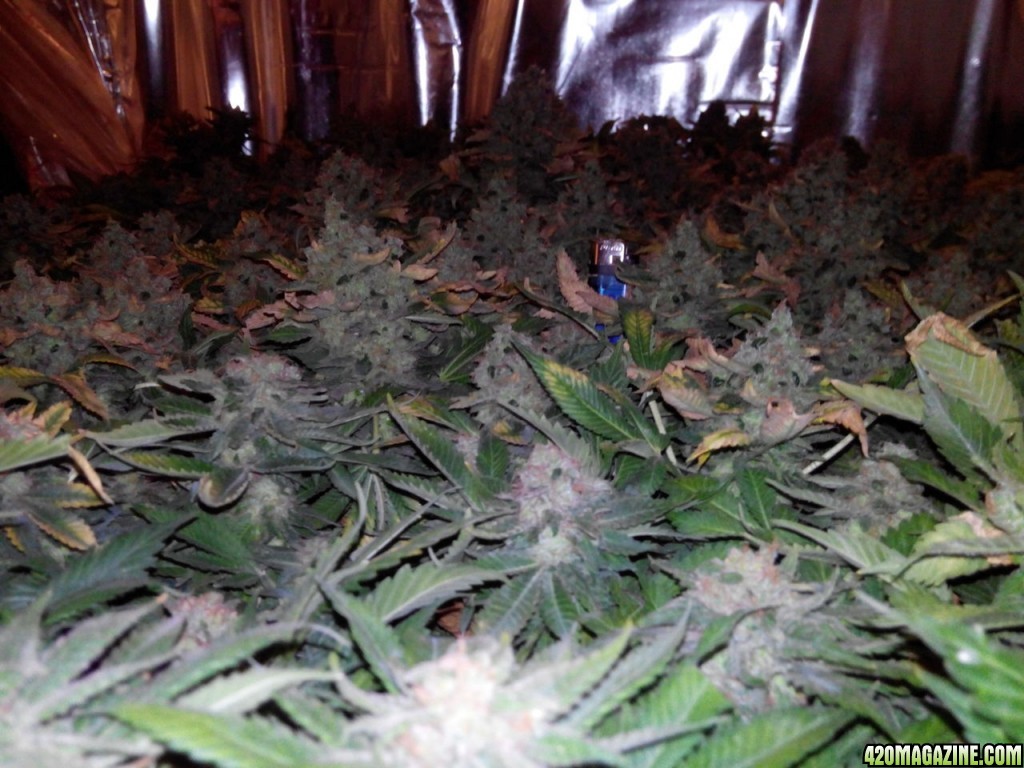 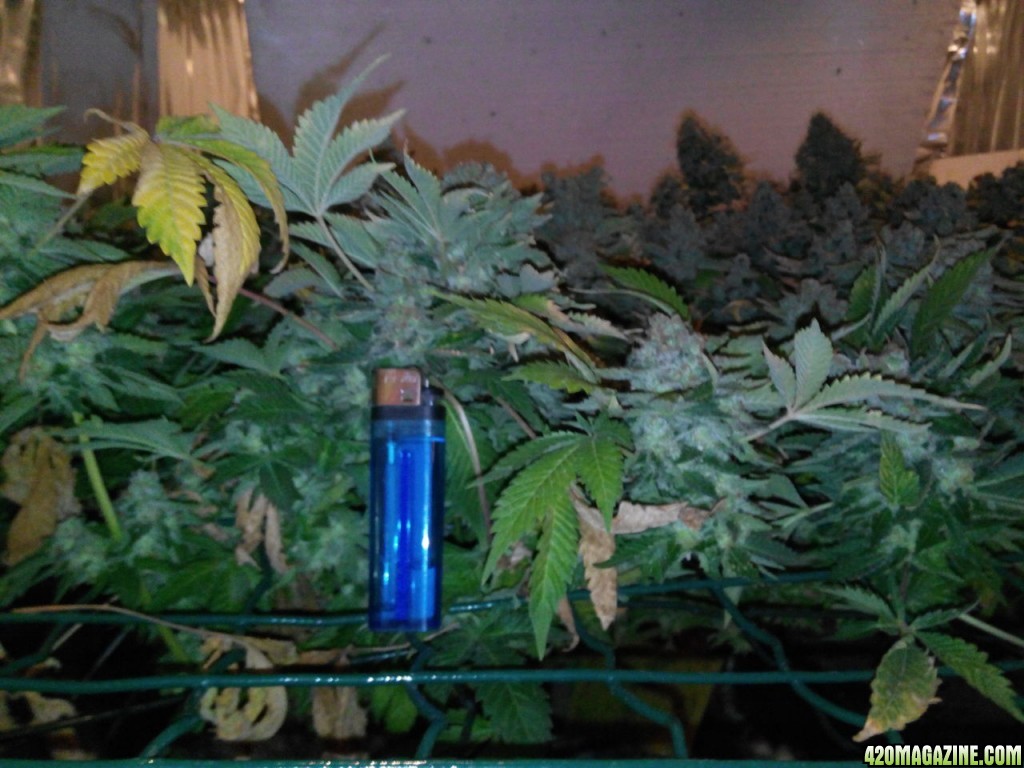 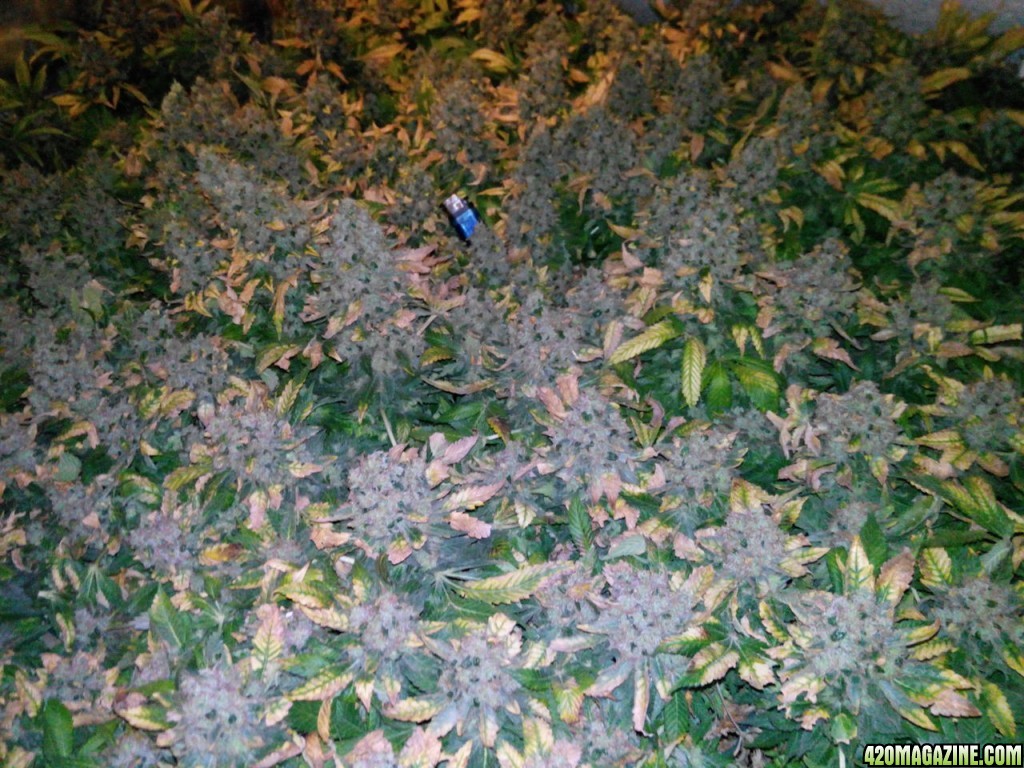 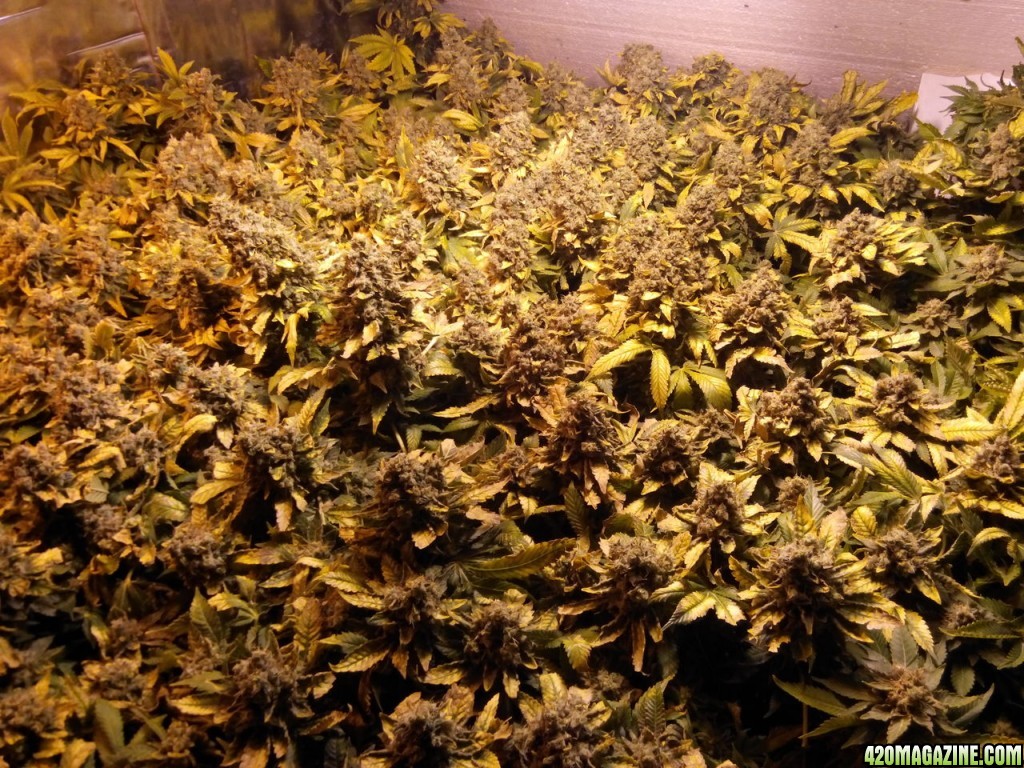 theres quite a bit of weed there dude thats for sure

yeah id say that 18 zips is probably closer,but as nobody can stand there,its all really just a guess

factual yields come a month or so after drying and curing

yes that last couple of weeks,they will put on weight,but if that humidity isnt taken care of,well,you will learn the second half of growing

first half is patience,second is disappointment , both must be handled in stride

as paddysmoke said"never count the chickens,before they hatch" this is really one of those times its a spot-on saying.
Not trying to freak you out man,but the fat lady doesn't start singing until those baby's are in about the 3rd week of curing,at least that's when I start to relax,of course I'm also a person who has had to throw out 300gr in a trimming session,,I almost cried


keep it up man,closing in on the home stretch