The Perfect Pipe has been with myself for just over a month & high time I wrote something about it. 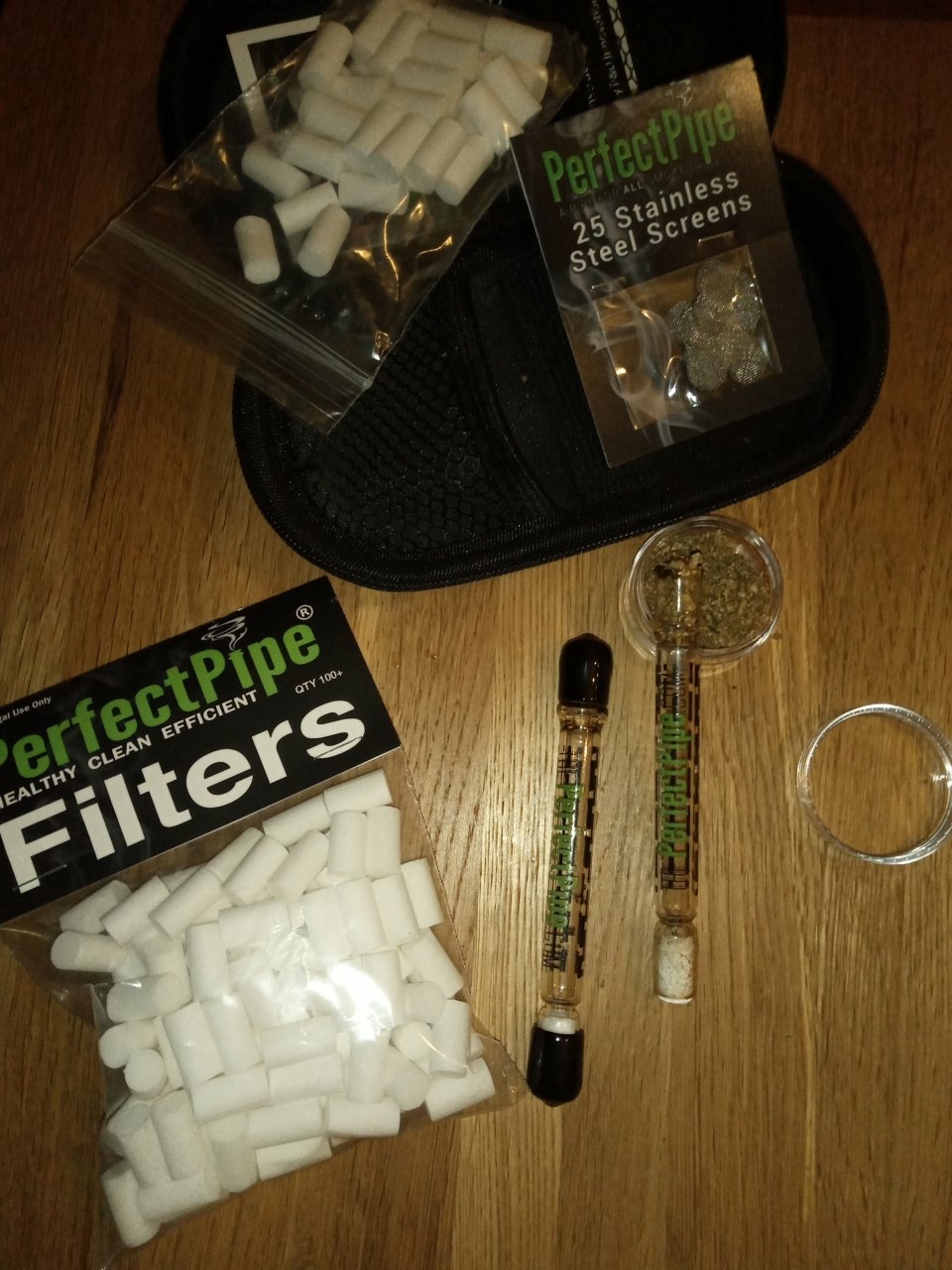 Do not treat it as a one hitter due to size, on average you can get 2 to 3 puffs per bowl on the exhale you can achieve some pretty fine clouds with a vape / bong effect... its like, smooth tasty vape with combustion after taste of the bong or pipe which I'm sure the filter plays its part in the smoothness.

Takes a little while to master, I like to watch the embers glow in the bowl just a small glow on the inhale then exhale. 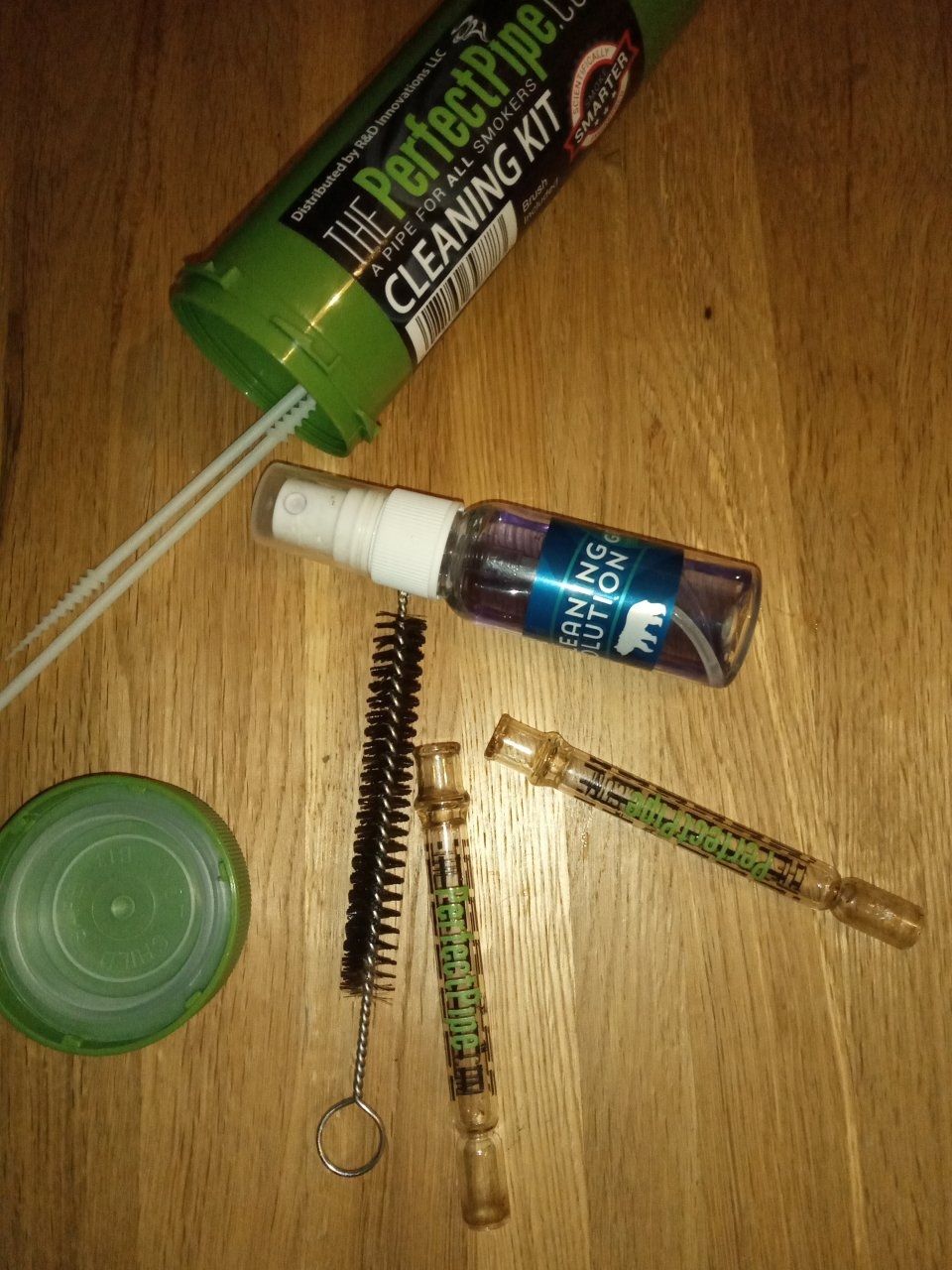 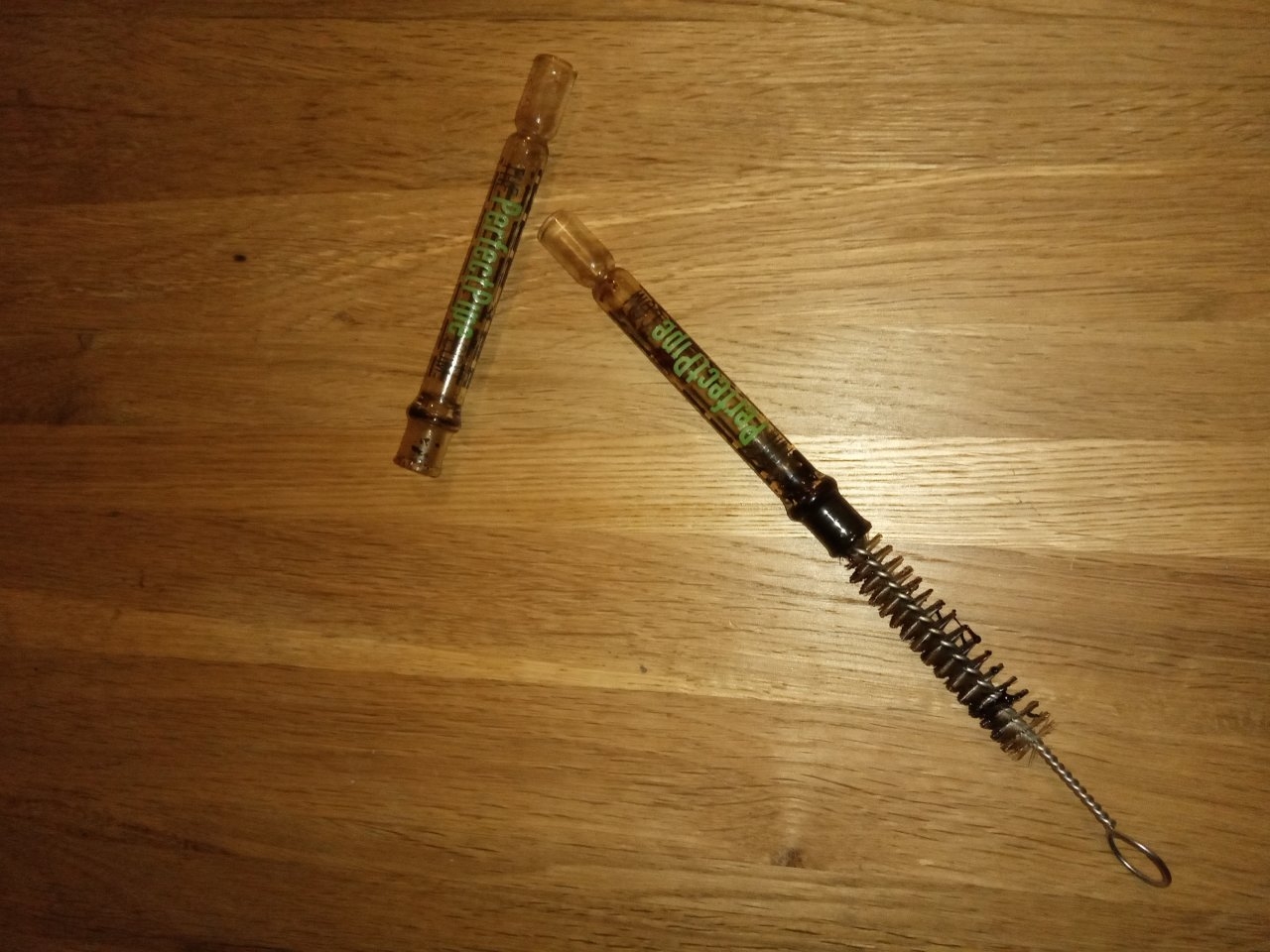 The first pipe I used I did not clean for a month & that is the one with the brush in on the 2nd pic... twice a day for a month as some guides lines suggested the gauze may block in so many hits ?

Not the case & gauze being used again. 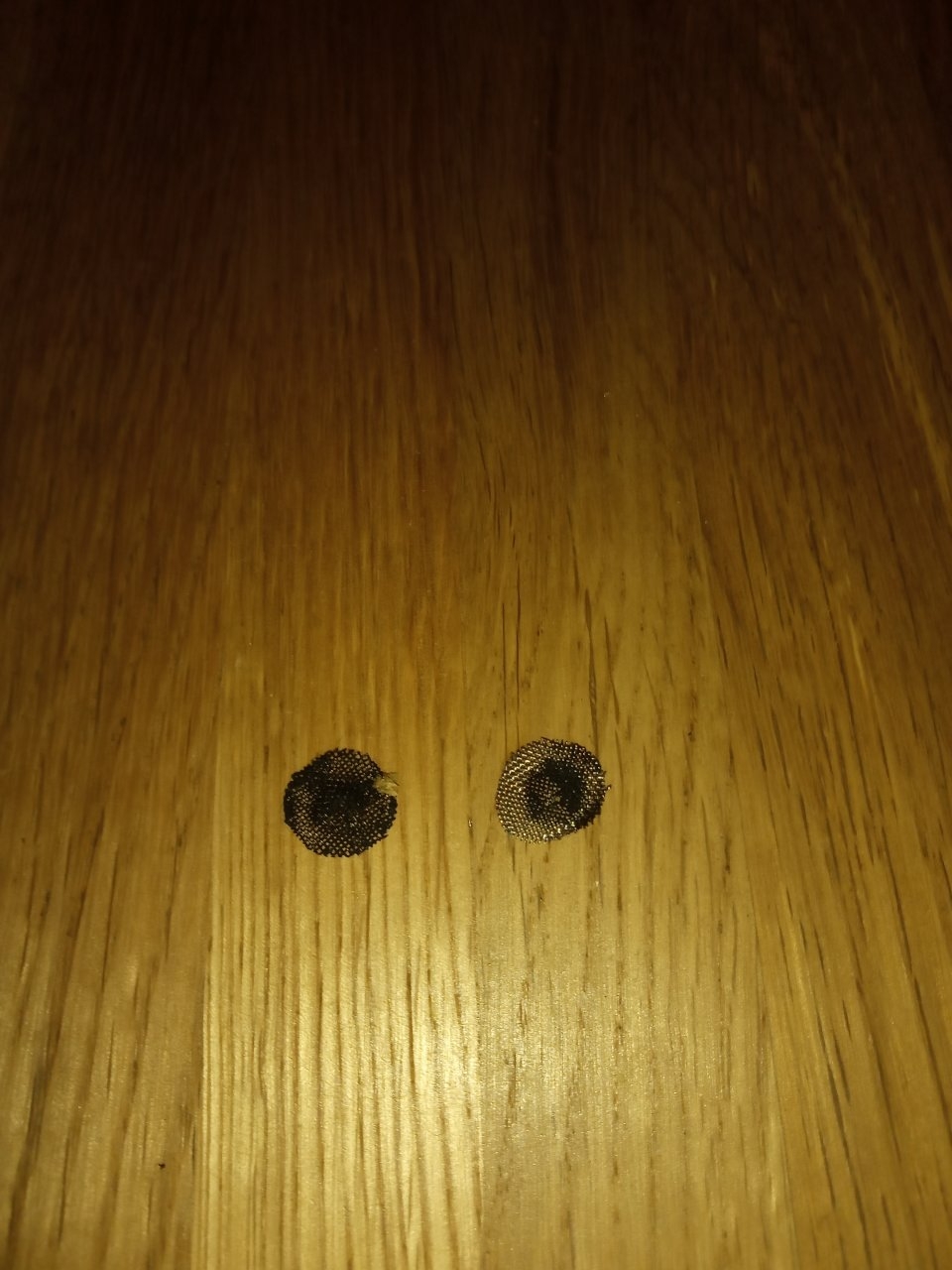 I soaked the brush in some isopropyl stuffed the brush in with little bit of elbow grease nice 'n' easy cleaning, the bowl which gets caked in ash/grim if that doe's not clean so easy I'll suggest a good soak in boiling water to soften any harden residue up & that should do the trick !

They say one use only ideally, but you can get a few hits per filter this largely depends on how clean your pipe is the dirty the pipe is the quicker the filter degrade with grim this also effects taste a little.


Apart from that I quite like the perfect pipe & on a off note, I can only compare this pipe with the mighty cricket from Men in Black movie.
"Mama always said growing was like a box of chocolates. You never know what you're gonna get."

Big difference between that and the last glass pipe I got. That was a 7Pipe Twisty Glass Blunt, lol, the one with the titanium screw. They say it holds two grams, but I think they underestimated; thing would last me an hour before I emptied it. Of course, I wasn't hitting it constantly, but... Bud did NOT last long. I tried to count the hits a few times, but kept forgetting

Thank you for posting your review. Do you know if there are glass "screens" available to fit it? And, failing that, do you think it necks down enough at the restriction to use it without any?
Respectfully,
Tortured Soul

I believe it is only the gauze screen at present & best to use with it as you may just suck back the ash into the final chamber making for more cleaning.

Cheer for replying bud.
"Mama always said growing was like a box of chocolates. You never know what you're gonna get."