Keep in mind this is my only plant under all of these lights; other than the fact that I'm growing a mini one inch of a cutting that I took which still isn't rooted yet... 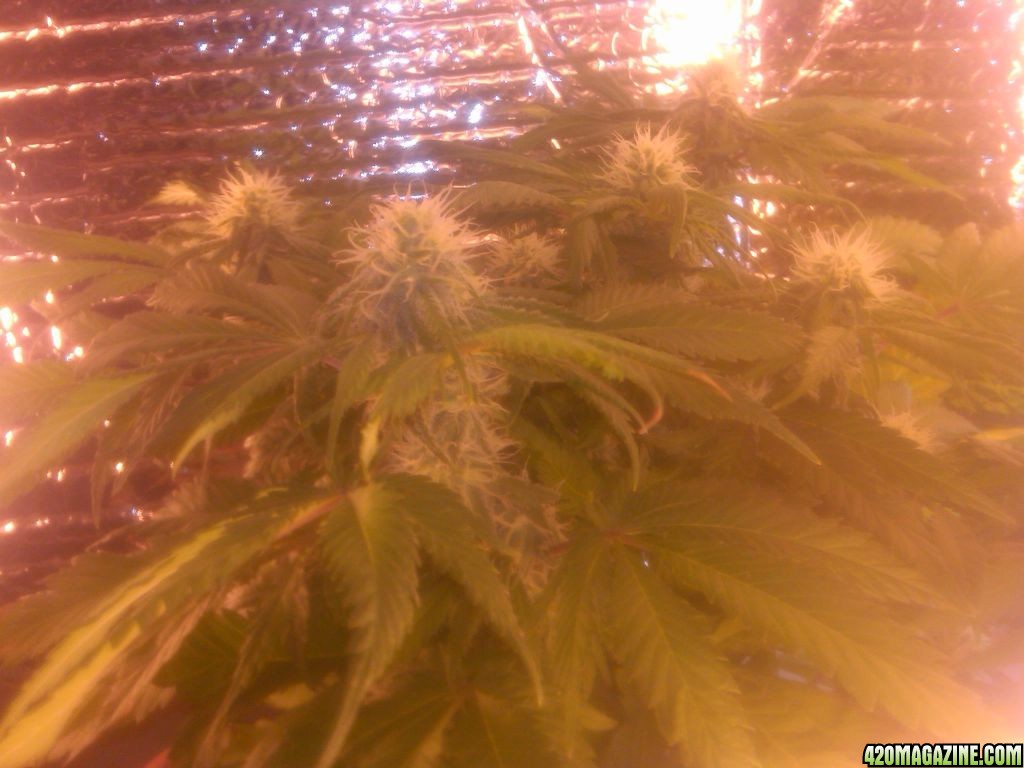 These two pictures from today are all the same one plant at 5 weeks flowering: 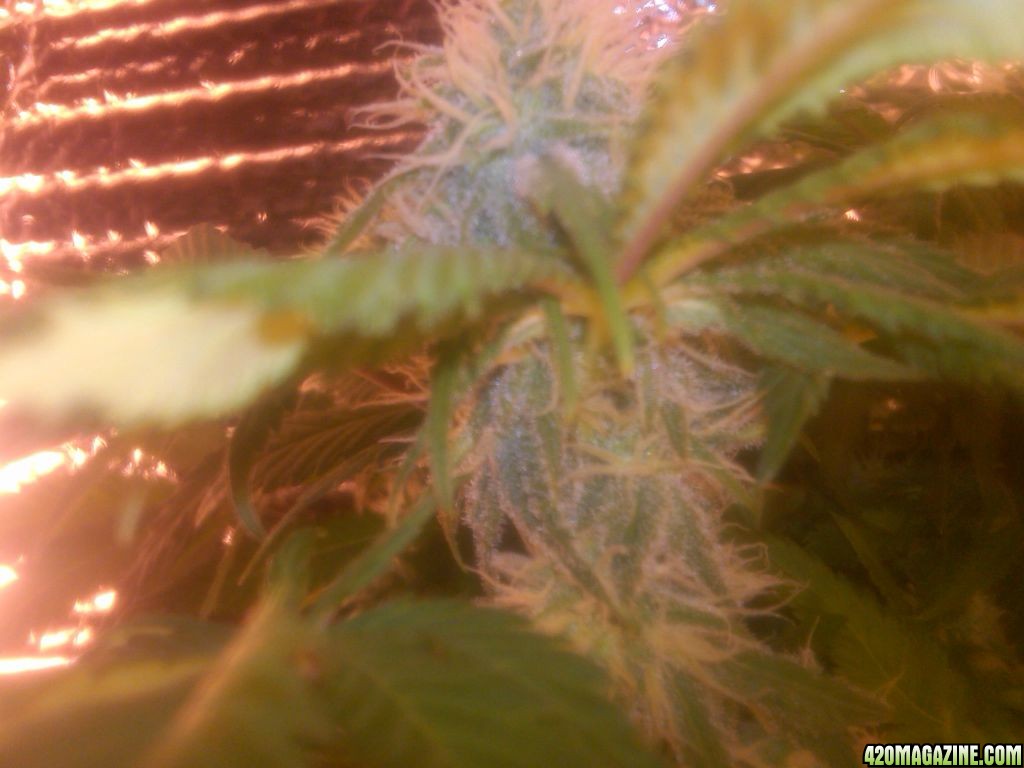 Looks good. lotsa buds and that last shot....very frosty. I am interested in the smoke report on this. Heard good things about it and I am looking for new seeds to grow. I also use FFOF except on my current grow because my local hydro store was out at the time so I got their basic soil. I am nearing harvest on 2 white rhinos, one of which is from Nirvana.
H

I bought aurora indica as well...can you tell what the harvest for 1 plants was,dry? Nice lookin buds
A

i have never smoked aurora indica or grown it. keep in mind its only my second grow. the smoke of it i heard is "hashy". leme tell u guys as much info as i learned about growing this strain so far since u two both just ordered it...

i have a feeling im only going to get no more than half an oz dry for sure becuase im using CFL's and i only vegged up to 4-5 weeks. i greatly recommend to veg them longer maybe 6,7 weeks to dramatically increase their yield which not surprisingly is pretty small.

i also FIMed my plant at the 5th node which did not respond too well in my opinion but idk cuz i didnt grow it before so i have no foundation to compare its performance in accordance to pruning.

after 2 weeks of flowering, i daringly took a cutting and stuck it in soil (no propagator or ez cloner) and after 3 weeks of struggling with it, it finally rooted which im happy. so lesson learned: do not ever take a clone when its in flowering stage.

aurora loves to have it as dry as possible after a couple weeks of flowering, which is why mine is so frosty, so have as much fan on them during flowering as possible...
flowering: RH 50% 75F
vegging: RH 60-70% 78F 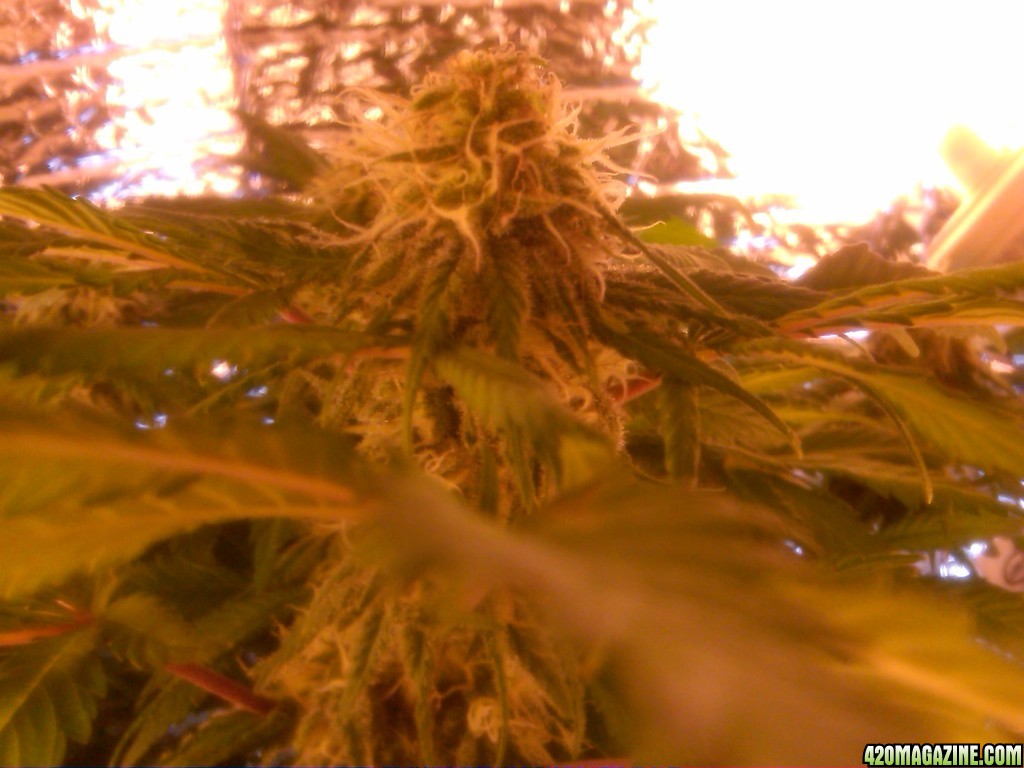 Beautiful plants. Nirvana advertises it as their strongest Indica. They also tell of it's small yield.

Cogito ergo sum - Descartes
Major in philosophy, because there's no way to make a career out of that.

I have a little seedling growing that is aurora x blueberry cross. My gf loves the smoke due to its sweet flavor and it helps dramitcally with nausea. The strain I am growing is very hard to get because it is grown exclusively in Humboldt. So far the seedling looks like a girl :wood:

I think you are really going to enjoy aurora...I don't think it is hashy at all. Do you think you can take some pictures outside of the tent or when the HPS bulb is off?

a little sample i took at 7 weeks, im gona flush it for a week or two now 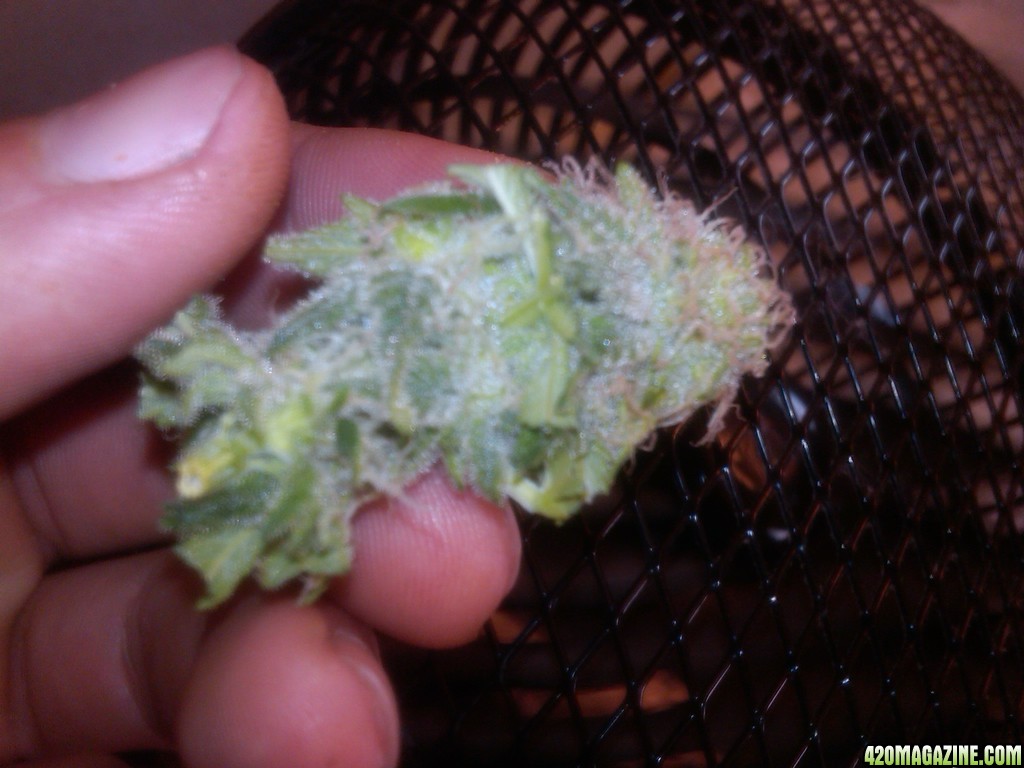 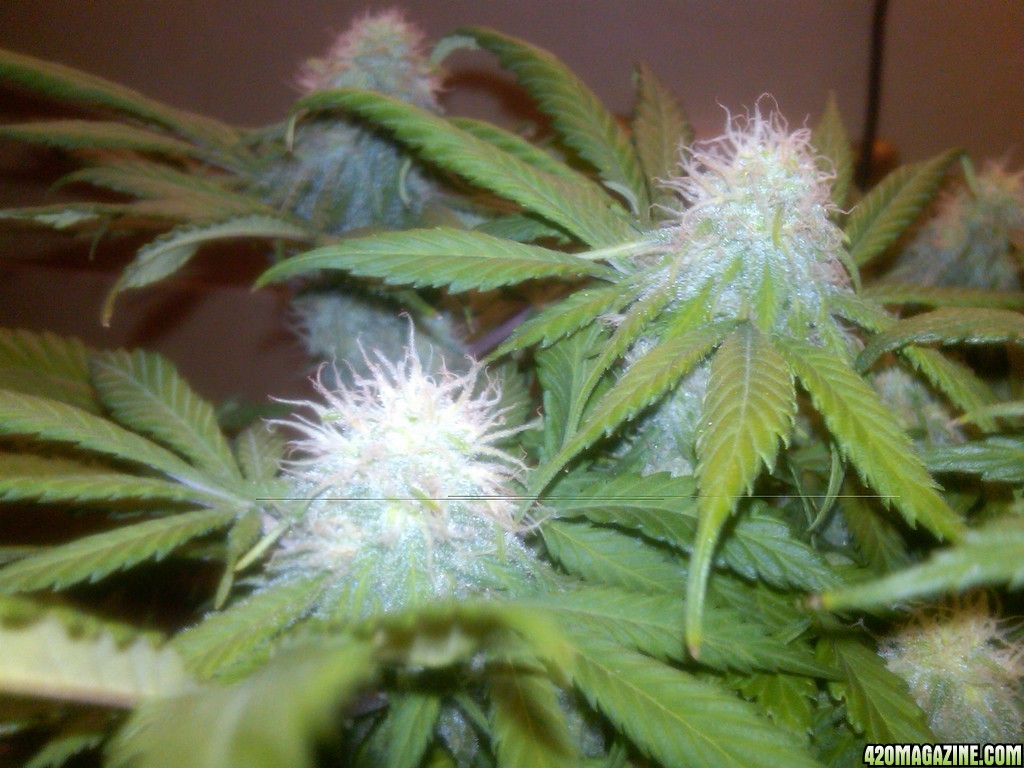 Looking very nice
Cogito ergo sum - Descartes
Major in philosophy, because there's no way to make a career out of that. 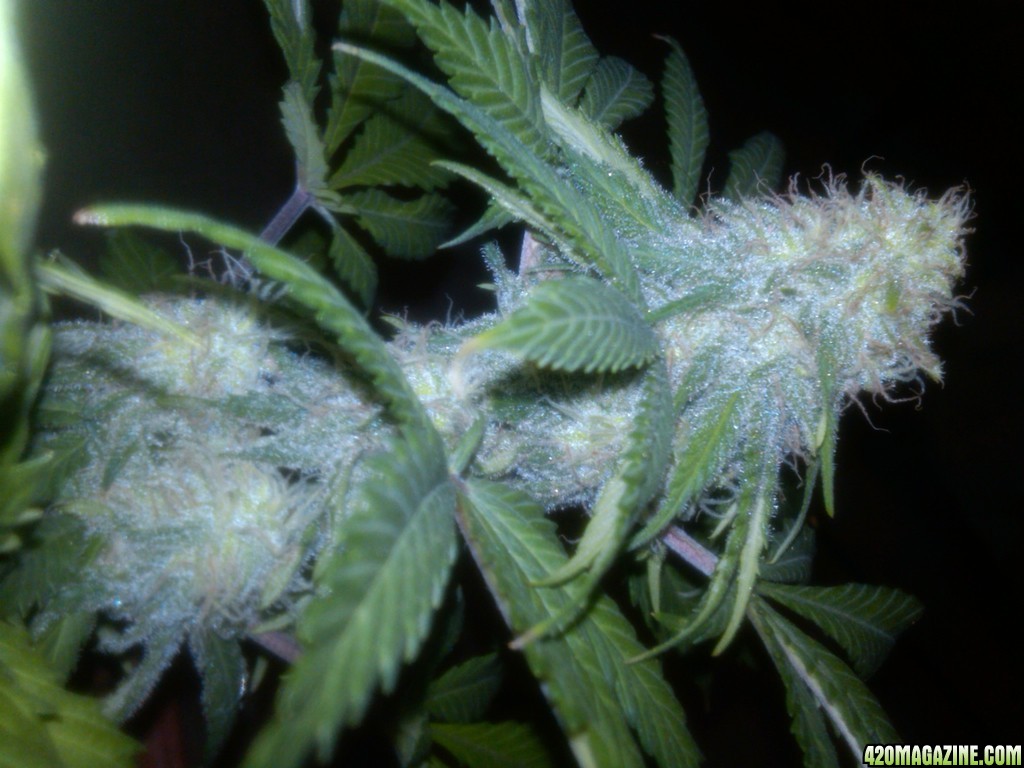 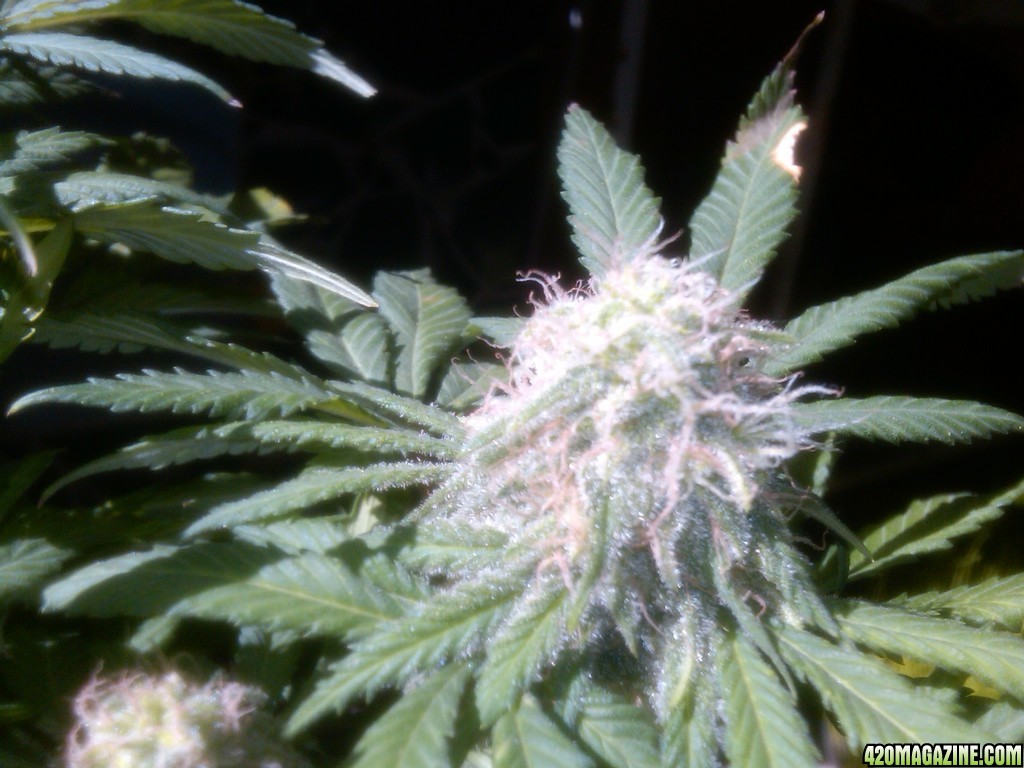 took a couple samples and not only was it incredibly difficult to manicure such frost but they also werent ready; too much of a head high... this Wednesday the 6th will be the finished of 7 weeks which is maximum i wana go for cuz i already see plenty of amber trichs...not bad tho, fast flowering only 50 days im estimating
A

heres a really cool fact i just figured, in the process of drying the buds started smelling like "watermelon" i knew it was some sort of creamy fruity smell but i couldnt point my finger on it till right now. no wonder when i tried it, the after taste reminded me of a hookah flavor
A

11-12inches so only a foot tall at harvest 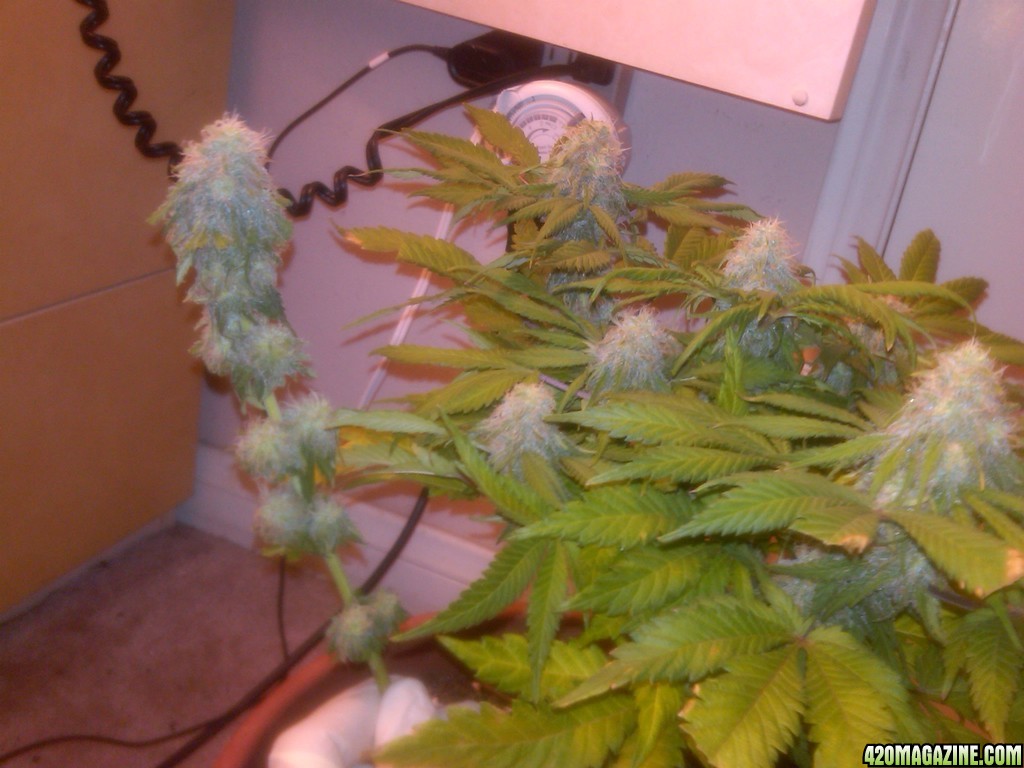 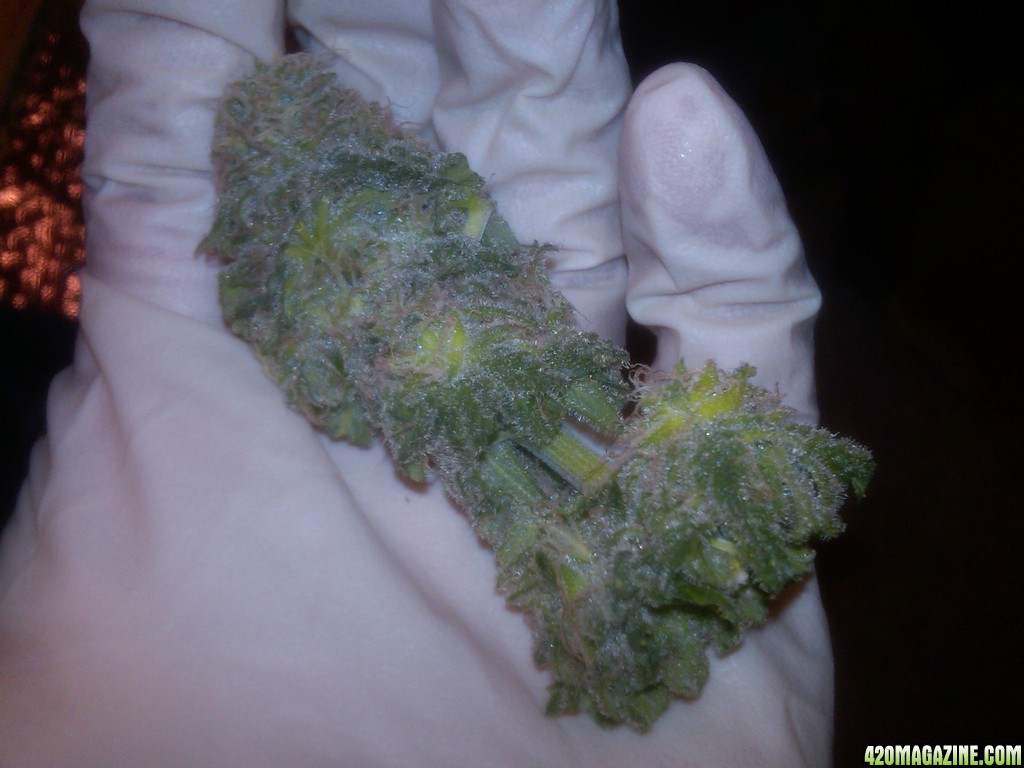