I grew my first plant ever indoors this year, and it was so rewarding that I've decided to take advantage of the resources I have and do a cornfield grow. I've heard cornfields are quite anonymous and they're the most convenient choice for me.

Anyway, I've bought some Light of Jah seeds (pretty much the same strain as Jack Herer), and I'm thinking about germinating them along with some mixed seeds around mid-march, maybe april, in rockwool cubes in a mini-hothouse. From there, I would put them into some jiffy cups and stick them in good spots outside (Is that a good idea, or should I just plant them straight into outdoor jiffy cups?). Then they would go into the field when the corn is at a suitable height.

As I've said, I am a novice. I don't know what sort of outdoor soil mixtures/nutrients I should use. The soil in the fields is really top notch, but it's obviously not meant for the growing I intend to do.

So I suppose at this point, my questions are:

1. What is the optimal method of propagation in the northern latitudes?

2. What sort of nutrients/soil should I use?

3. Rockwool or straight soil for the seeds?


Thanks, I promise to keep updating with Hi-Res photos as things unfold.

My personal opinion : better for the plants go out after a months and an half from germination, i'm working like that, to prevent sudden events the first days of life.
But this is just my persional opinion.

Anyway go on with your project.

Edit: i prefer the soil for the seeds.
SW Outdoor Grow Journal
No Risk No life
If I had one wish I would ask for a big enough bud for the whole world to smoke
F

Is it your cornfield? Farmers tend to walk their fields on a regular basis. Not a good thing for pot growers. Your best bet would be to plant in the brush and weeds along hayfield edges if you're somewhere you shouldn't be.

If it is,you plant the weed at the same time late feed corn goes in the ground. Ask any farmer when the best time for planting late corn in your area and shoot for that.

Plant the germed seed directly in the ground in the same row as the corn. The reason for the late planting is the soil is warmed up,the germed seed will go straight to creating roots and rapidly sprouting. Starting weed in a hothouse is a total waste of time,IMO. You put a hothouse plant out in mid-April when the weather is still up and down and it's just going to sit until the soil warms up enough for the roots to take off.

Your going to want to leave room in the row for the plant, a 3-4 foot space is good.

I liked to hill my weed just like corn,3-4 seeds to a hill. You cut the weak plants in the hill a couple of weeks after sprouting and let the healthiest plant have the room.

Stick w/ Indica dom plants. Sativa's generally outgrow corn by late August. A little Indica bush looks like a thistle growing from a distance. Even if it's spotted,the person who see's it isn't likely to pay attention to something that looks like a common cornfield weed.

When I was younger,in the days before helicopters were used for looking for weed,slightly bermed cornfields were the main places where local weed was grown. The field was plowed to be higher on the edges,the weed was planted in the middle. The weed got full sun,but the corn on the bermed edges blocked the view into the middle of the field. You can't get away w/ that shit anymore.

Again Indica bushes look like thistles growing from the side and above,they can slide by in a flyover. Sativas look like a cross between bamboo and a pine tree out in a cornfield,a one eyed deputy is going to spot 'em from the air or the ground.

Shoot for planting in early June and go with an early maturing strain. Weed is dead easy to grow outdoors. Fertilizer? Whatever works for the corn will do for the weed. It's not rocket science.

Good luck and don't get shot by some irate farmer.
F

Thanks for your guys' input,

I know the farmers who work these and their routines, I am in fact good friends with them, and have always walked around their fields for exercise. The farm is a large operation, and they only have about 20 or so people working a total 2000 acres of land, so their detection really isn't a problem. They use corn more for crop rotation than as a money maker so they don't pay it much attention.

I chose a robust sativa because I much prefer the high to that of an indica, although I know that I'll have to shape them, and if things go well I'll end up topping them to stop them sticking out.

So then, I'll germinate the seeds and plant them into some nice soil in the fields when the day temps reach 60 F or so?
F

You're looking for soil temps around/above 60 degrees for planting. That's why you wait for the late start. A black garbage bag spread over your planting spots for a few sunny days is quick and dirty way of getting soil temps up early.

As it's your first time out of the box w/ outdoor growing you might want to start your seeds in peat pellets. A lot of folks go apeshit over the delay between planting and sprouting directly in the ground. With the peat pellets you can put 'em in the ground on their second set of leaves.

Some people put little chicken wire domes over the young plants to protect from animal pests,but I don't think it does a damned bit of good. Anything that wants to eat your weed isn't going to be stopped by chicken wire dome.

That's another advantage to planting late. Animals that would normally eat your weed a month earlier have moved on to better forage and early fruit.
O

Thanks for the input Fire,

I've got a small indoor plant that I have a few questions about as well. (Sorry about the quality, my later grow will have much higher resolution photos) 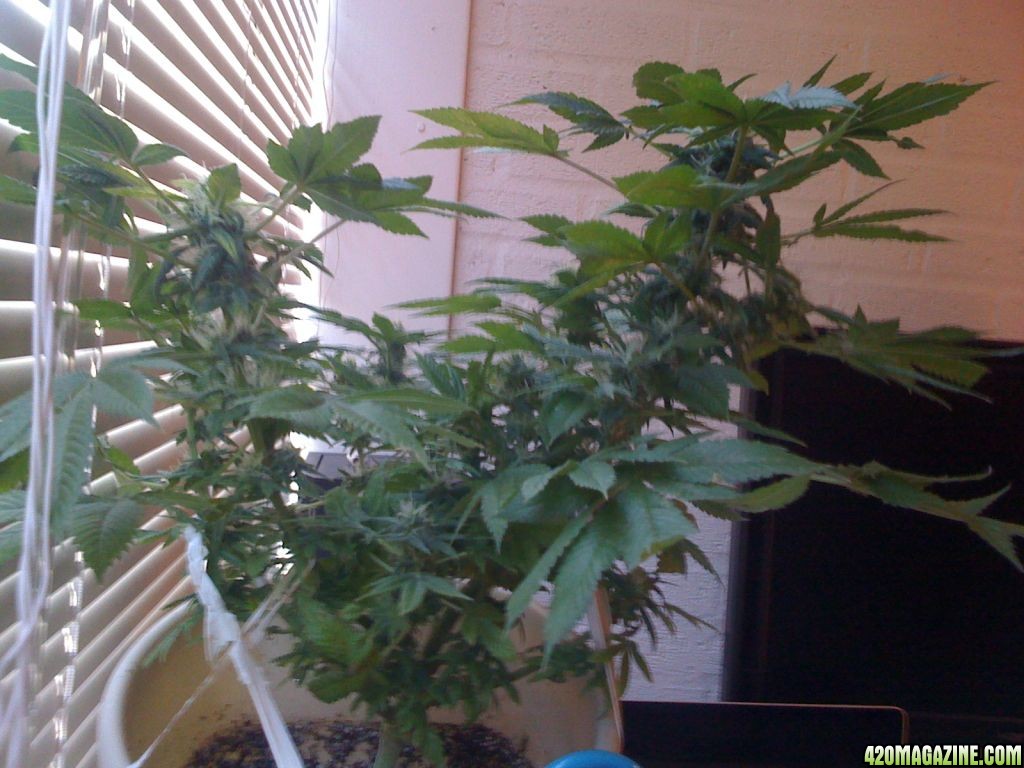 It's a compact plant that I spread apart a bit through LST, and I like it a lot. It's got a few problems though-- as you can see, it's got a bit of an overall nutrient deficiency, but I've applied an organic low N high PK fert and the color's been returning to its younger leaves. The problem that I just realized today is that it has a spider mites. 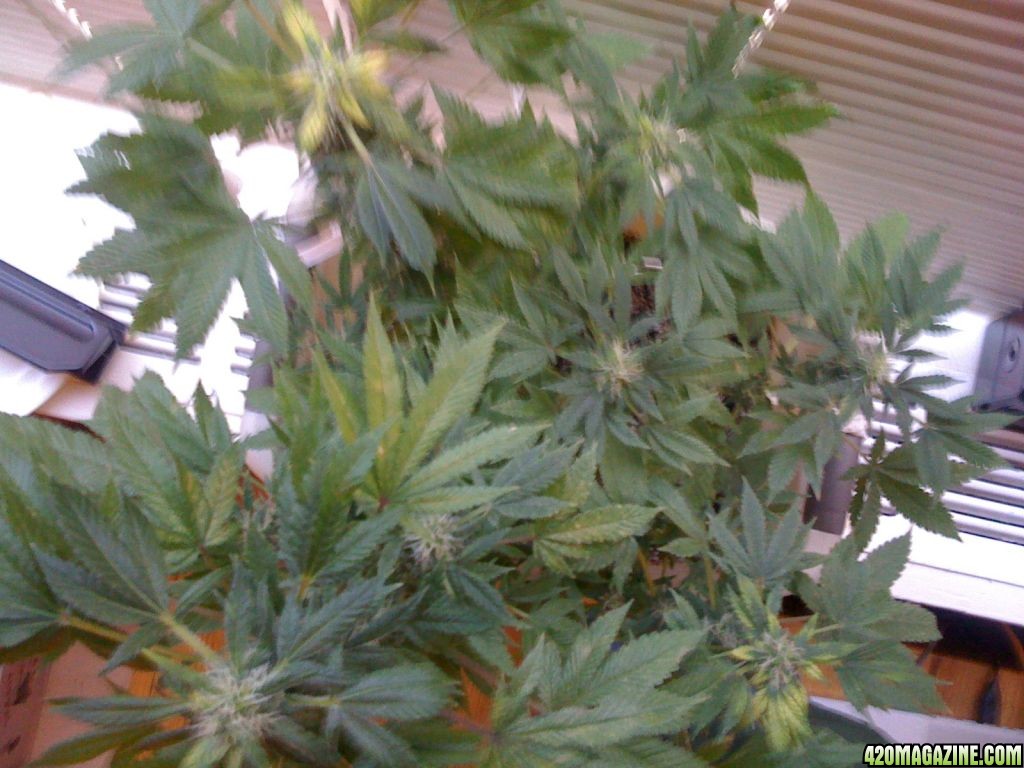 As you can see, it's coming closer to harvesting time, and I've got a decision to make: do I apply spray some diluted neem oil over the plant, or just let it flesh out for another 2-3 weeks before harvest? I've already got the neem-oil based killer for the mites, and I've tested a straight dose and a diluted dose on some expendable fan leaves just now. 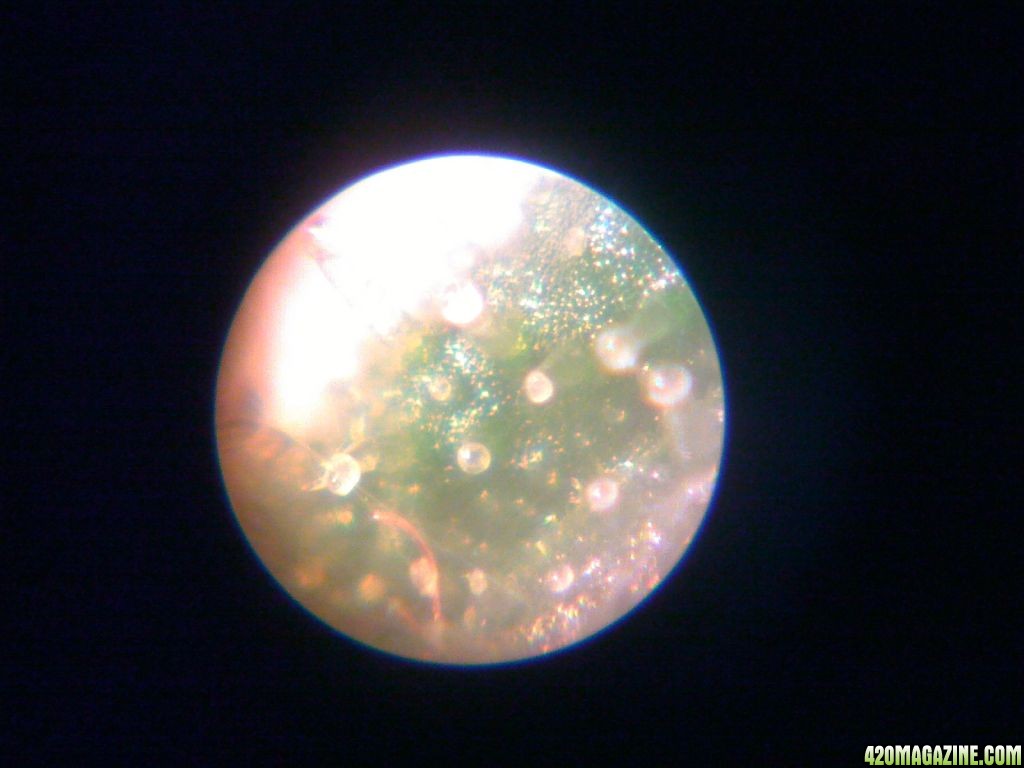 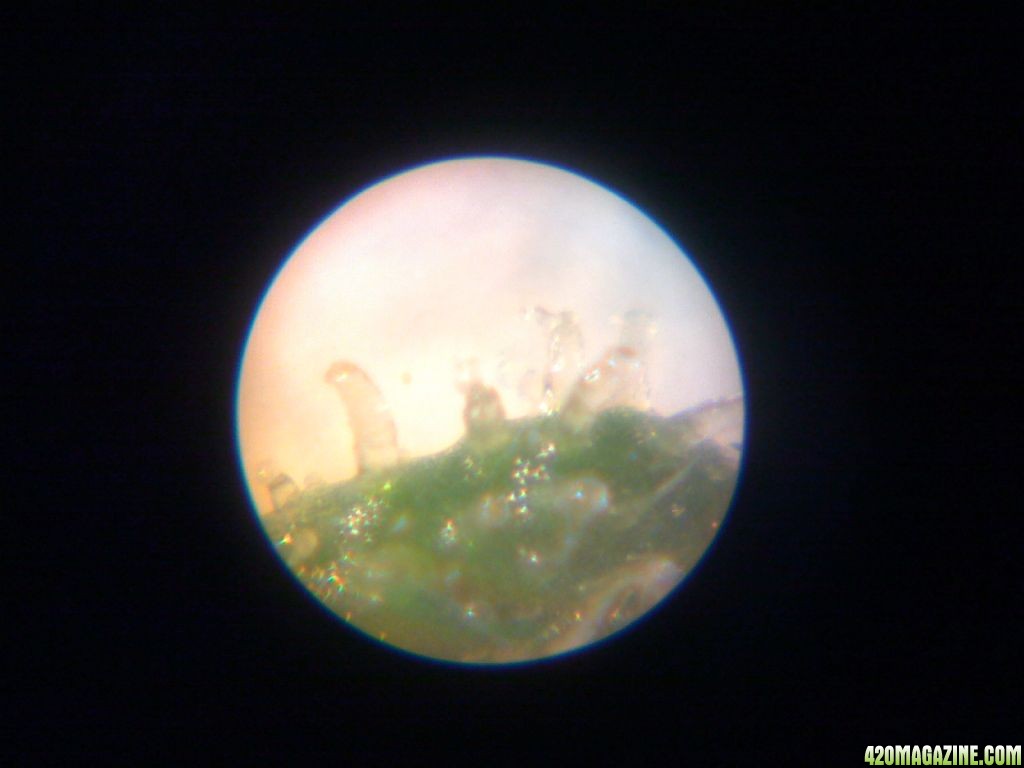 How did this grow turn out?
We would love to be updated with some pictures and info!

Hey guys, I'm Organics growing buddy and I just started up a new grow journal for the both of us. We planted our seeds a few weeks ago and I posted pictures. We jumped the gun and made this grow journal too early. Here is the link to the new journal!