~~Pot Causes Paranoia!~~​
But not in the way you may be thinking.

When growing in an enclosed space I think we're all a little paranoid about the same thing...

Height. I have height issues. There, I said it.

Height really can be a challenge in our contained grow worlds. Early on in my growing experience it seemed like it was that one potential pain in the backside that I'd read too much of and would certainly experience sooner or later. That of course didn't disappoint.

32". That's how much space there is in my grow world before it's inhabitants reach their sun. I'm 93 million miles from mine and think that's too close sometimes. One can only imagine how plants feel when they get too close to theirs. No sunscreen for that.

Early on we have selection, planning, topping, fimming, LST, supercropping, select pruning, etc. Later is my concern. It's when I feel forced to tie them down that I react.

2" from the lights it's 85Â°F in my box. I don't like to go over that and consider it to be the upper reach of my operating tolerance. When plants are getting close to this point I've learned to employ what's been a very effective, low-stress alternative. I cross my fingers.

No, I simply tip the pots in my Hydro/DWC.

They're 3" net pots and I just tip'em a few degrees to the side. This angularly lessens their height to the top immediately and slows the overall vertical growth of the plant as it corrects itself to the new angle. Problem solved. No mess, no fuss, no stress.

Far from a plant biologist, I'm unable to say whether the plants reaction is due solely to *phototropism, **gravitropism, or any combination of both.

Point is, you gain space and time and may avoid having to tie them down altogether. Although I haven't tried this in other mediums I can't imagine it not working as the principal is universal.

Perhaps most importantly, I've never experienced a reduction in output. Also, it wouldn't be nearly enough compensation for a grossly under-estimated height concern which would require tying down. Rather, it's a reliably effective method to buy yourself a couple of inches or so toward the end of stretch.

It would be interesting to hear from others who may do this this and what their experience has been. For me, it's been totally effective and harmless over years of use.

Strangely, I've never seen a post on this simple technique.


*phototropism
1. the growth response of plant parts to the stimulus of light, producing a bending towards the light source


**gravitropism
1. growth or movement of a stationary organism in response to gravity, as the downward growth of plant roots
BCNL Producer Journal

"There are no gardening mistakes, only experiments."-- Janet Kilburn Phillips

i don't let height bug me and small space i can take two plants and make it count, but nice read thanks oneruid 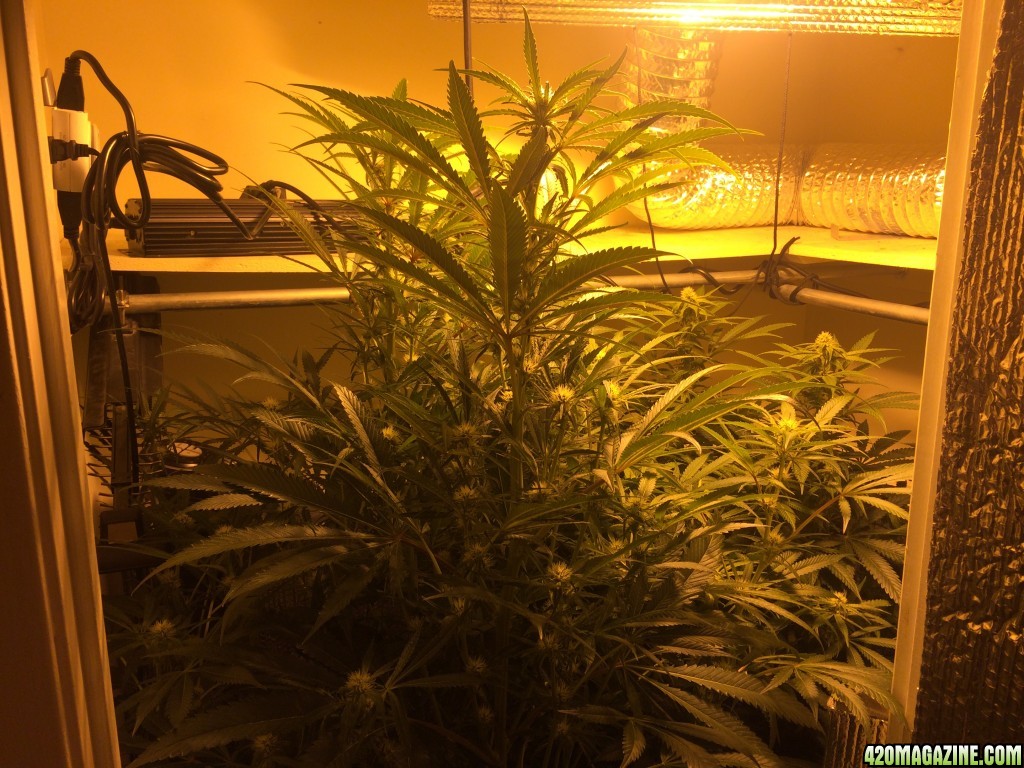 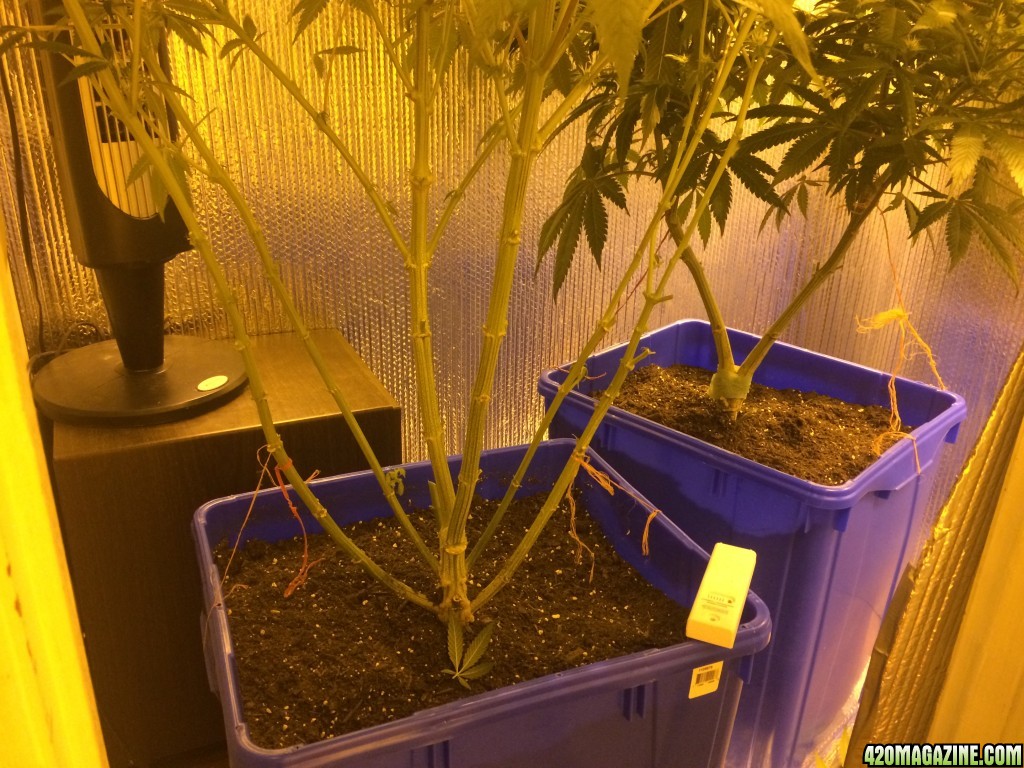 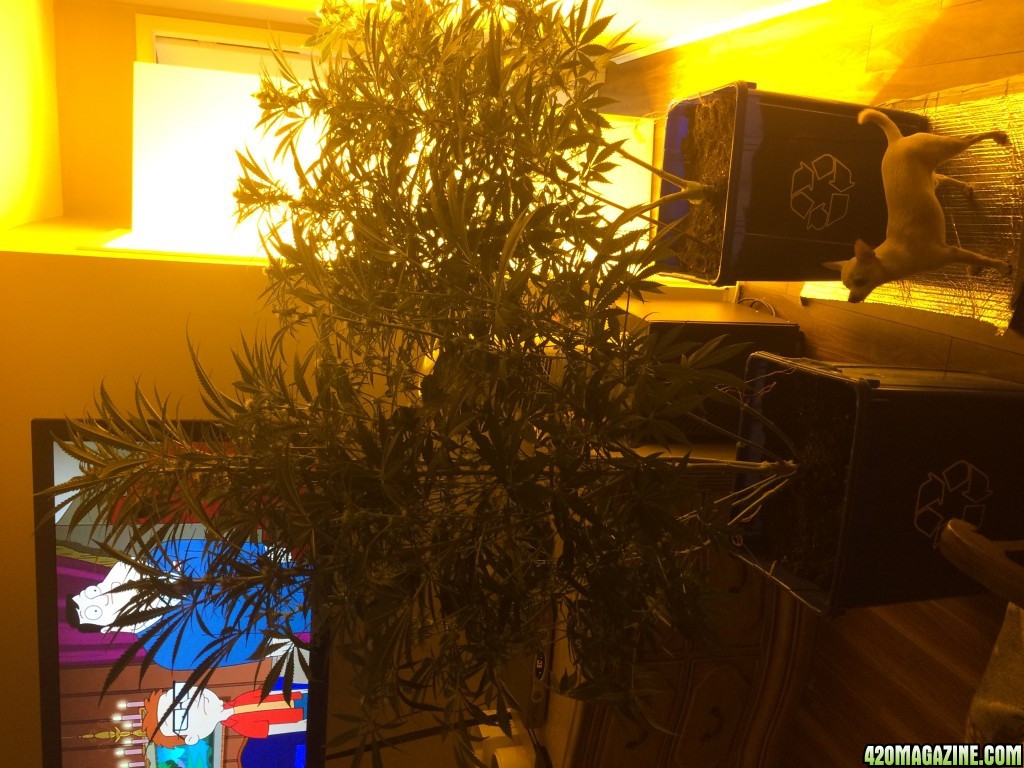 Thanks Serpent. Very nice ladies. Good that space isn't a concern for you.
With 18 plants in a 27"x54" cab I don't say no to any reasonable height limiting or stalling method.
BCNL Producer Journal