The room is broken up into 2 sections, the majority being the budding area and 1 corner all the way to the ceiling dedicated to vegging.

For now some crude c02 made from sugar water and yeast will be used until 400 bones appears from somewhere.

As of right now the room sits with 1 great white shark seedling in a 2liter hempy under the 600w hps at about 1 week into budding.

The rest of everything is getting all staged up and ready 2 rock, got some rooted clones getting ready 2 veg, clones in the cloner and some under a humidity dome/heat mat with rapid rooters because thats what im used to using.

Either g13 haze, mountain skunk or a mixture being called g skunk clone not sure which i will inherit yet.


Alright so the jack herer, blackberry, super lemon, laughing buddha and skunk clones are from my mothers i got going in dirt in my other grow.

Considering Ive made some big changes from soil and only my mothers will stay in soil until they also get budded, i figured it was time to start keeping a little more detailed track of whats going on.

First off the dwc will be brought in later as things get underway. We want to try it with 2 or 3 buckets before we decide whether or not we should totally convert over to hydro, also the nutes are so damned expensive i have a hard time buying them all the time 2 keep hydro going.

Ill go take some pics of the room as is now and then again after the transformation this weekend, either another 600w or a 1000w will be added as well as some mylar in the veg cab and hopefully a new panda film door instead of my cheap ass plastic.
And i will probably get some painting done in the room considering it needs it anyways and white does the trick reflective wise as well.:Hookah:

Im headed 2 take some pics right now but i found something out about the g13 and skunk mixture.

Apparently i must have just thought that was a cool name because the actual combination is just called mountain haze, i dont know where i came up with g skunk lol that would be a good name for the mix tho!

In any event ill get some pics up soon
G

Sweet. Can't wait to see a great white shark in a 2 liter bottle! I've been thinking of using those myself. Very interested in this one. I'm subbed!

Cogito ergo sum - Descartes
Major in philosophy, because there's no way to make a career out of that.

ganjasism said:
Sweet. Can't wait to see a great white shark in a 2 liter bottle! I've been thinking of using those myself. Very interested in this one. I'm subbed!
Click to expand...


cool made glad 2 see your hear, ive got 1 shark in bud right now and 5 growing up behind her, no preflowers yet and she seems to be having some trouble with the heat under the hps at such a young age from seed.
However all the clones handle the hps very well being genetically older i think.


right on, pull up a chair theres alot going on.


The more the merrier!
P

I'm subbed as well. I just started a Hempy grow myself.

PBRMJ said:
I'm subbed as well. I just started a Hempy grow myself.
Click to expand...


right on im headed 2 check it out!
X

Not gonna miss it!

xlr8 said:
Not gonna miss it!


pull up a chair my friend!

pics in the am i got them taken just gotta fix em up and post em YA! finally eh hehe cya!
B


Tons of hempy my friend, the majority of the grow is hempy, i have a skunk and a blackberry in dwc right now just threw them into bud tonight, i know i suck for not having pics up but im on it i swear

BlazinUSA said:
Tons of hempy my friend, the majority of the grow is hempy, i have a skunk and a blackberry in dwc right now just threw them into bud tonight, i know i suck for not having pics up but im on it i swear
Click to expand...

HorseBadortiz said:
As long as that's your story :439:


lol here they come my friend just 4 you, i just located the camera cord so im about to upload and :tokin:

Ok these first ones are my sickest afghan kush that was in mg soil and then transplanted to hempy after rinsing the roots with some h202 and superthrive diluted in water ph down 2 6ish. 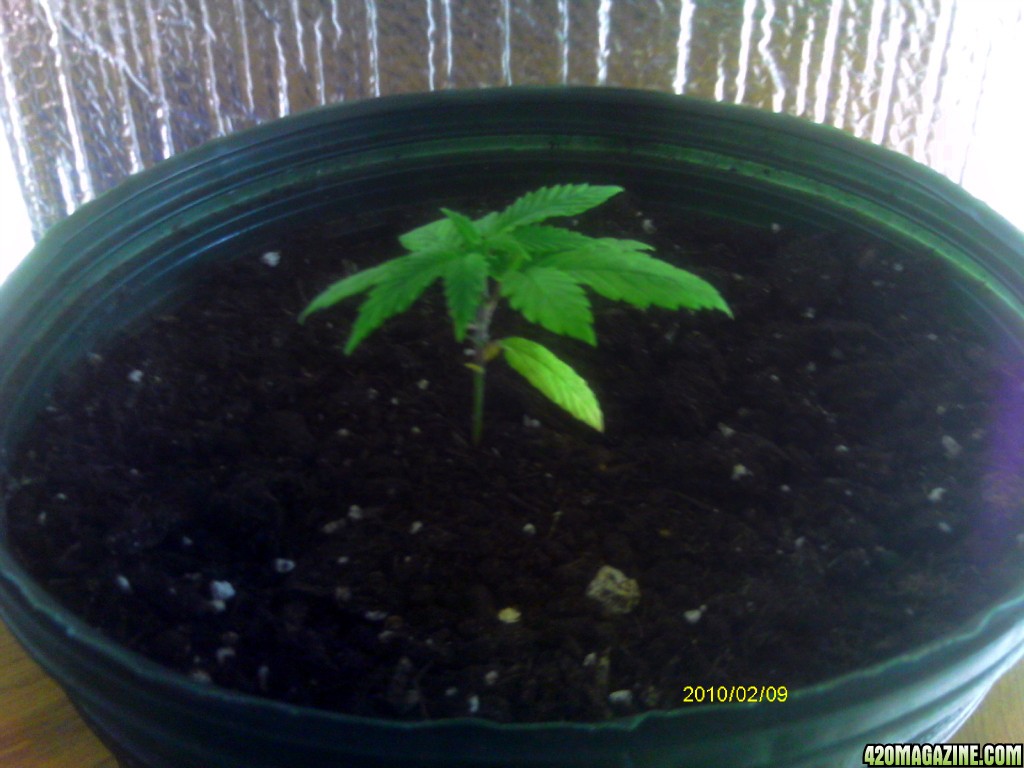 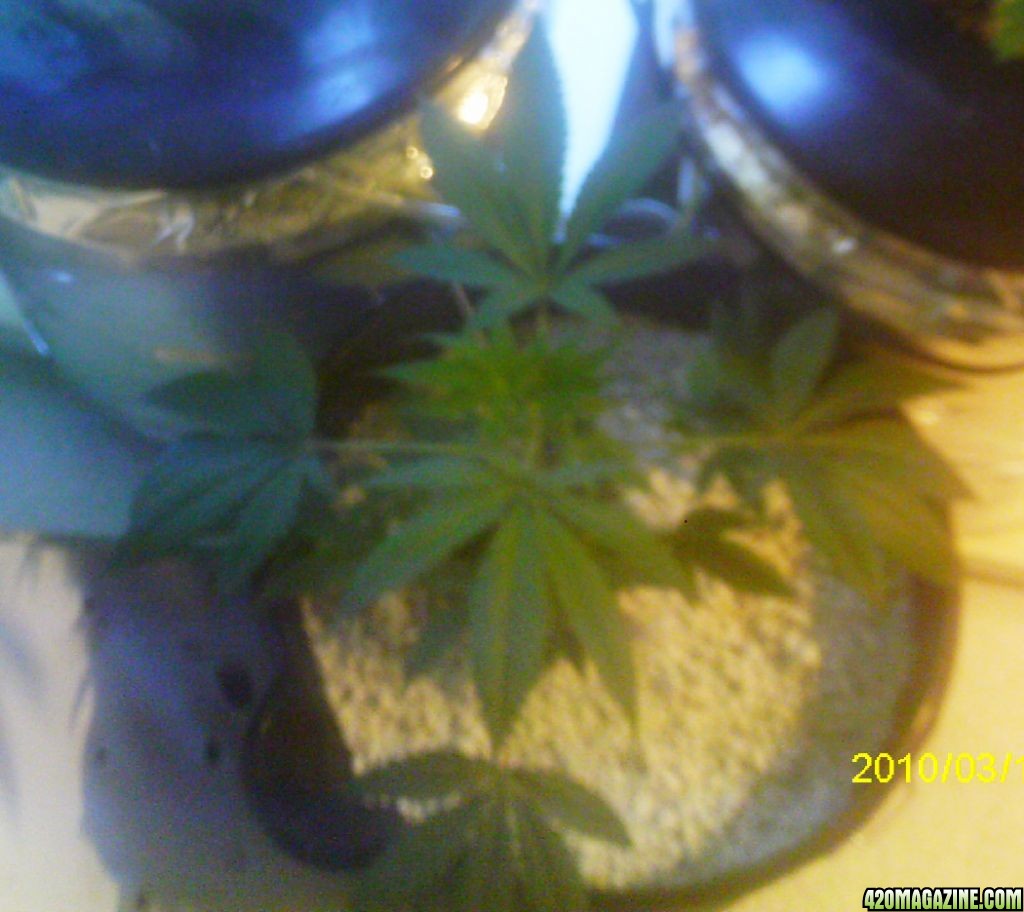 Just a snap shot of the soil mothers i just put into bud on the 10th or 9th and some clones off from each that were either rooted aeroponically or rapid rooters in a dome.
You can see my 600w hps ballast down there in the corner, the bud room is now more spread out, to the right of this pic there is now a 1000w hps with the 4 soil mothers under it and i am working on filling this table up with clones once a week that hopefully will turn out to be nice 2 or 3 oz colas in about 2 months and keep a perpetual harvest going 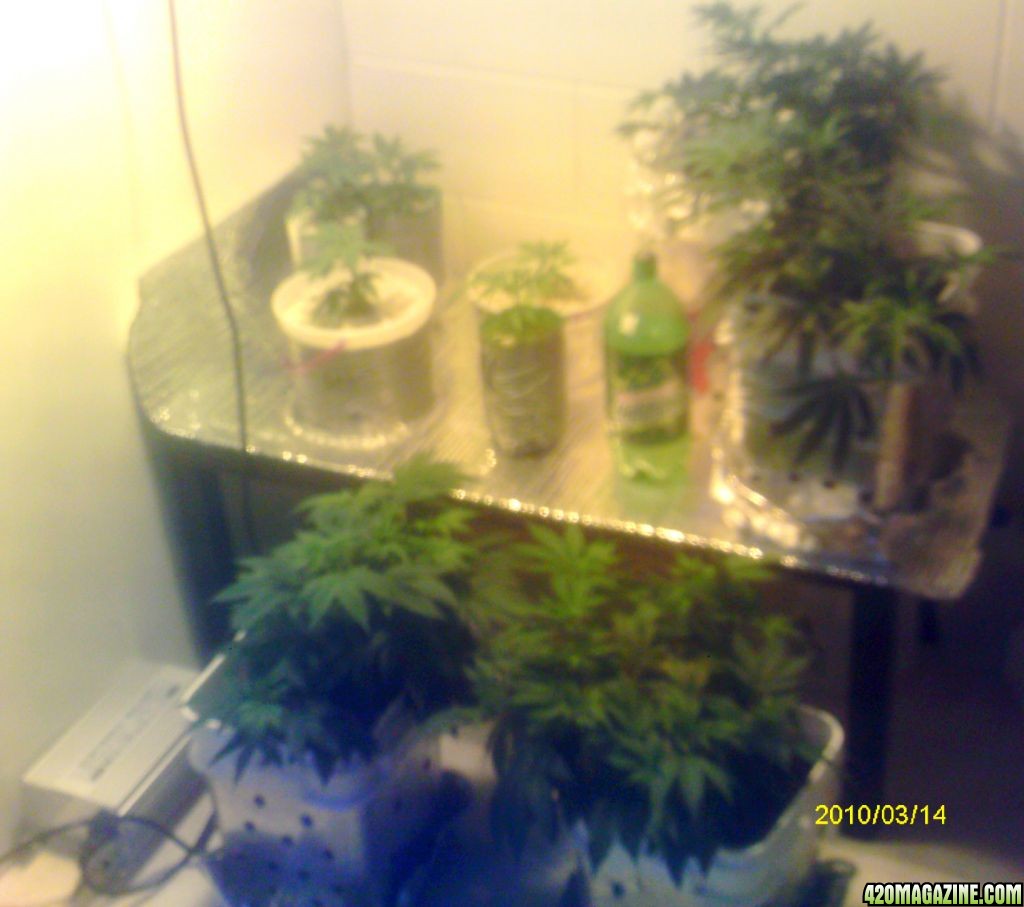 This is what my veg cab looks like i have 2 65watt straight tube cfl's hanging in the top and then however many 4ft fluros in the bottom, there is a mix of clones, great white shark from seed and afghan kush from seed all packed in there. I had to be way in the other corner of my room to get the whole shot. 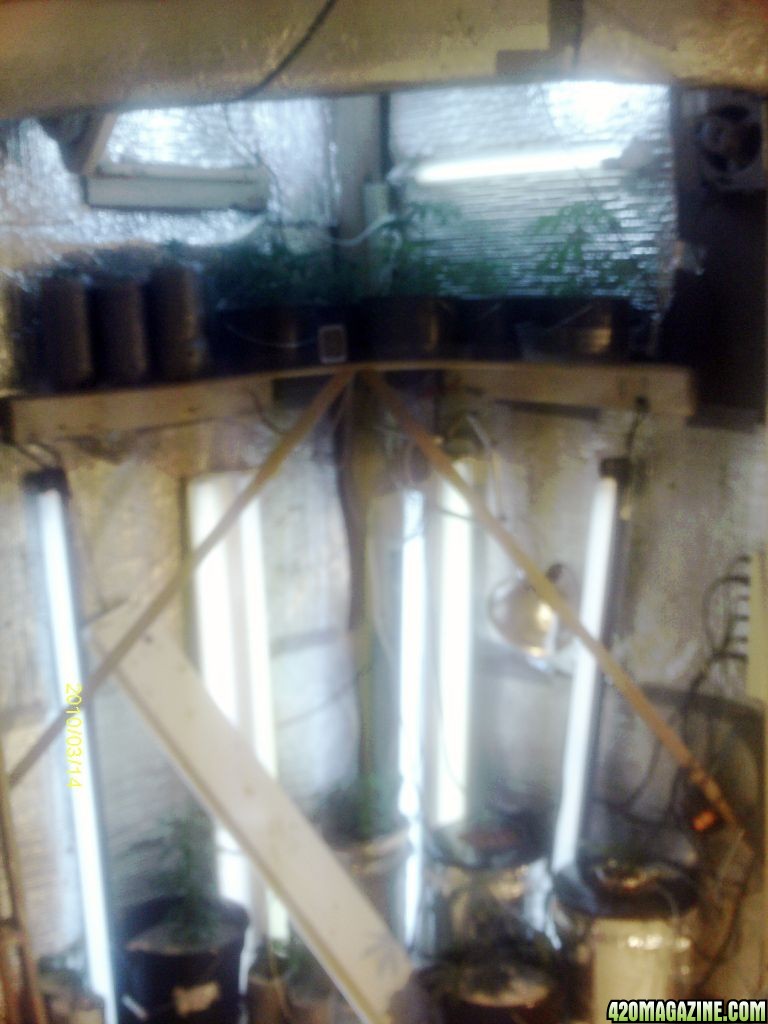 I know the pics suck but this gives yall an idea of whats goin on over here, i will get some good small group photos and what not soon, thanks for watchin!

Looking good dude.
Cogito ergo sum - Descartes
Major in philosophy, because there's no way to make a career out of that.

That's what I'm talking about

thanks for the confidence boosters guys, everything is coming together very nicely, im getting ready to clone some of the biggest nicest great white sharks in the next week or 2 so them girls will go into bud after that.

I couldnt be happier with the hempy buckets, the 2 plants in dwc are thriving as well, getting ready 2 change the res for the first time in a day or 2 and the roots are right down in the water now lovin it up!