Kismet Goes Gonzo For The Kind

Hey guys and welcome to my 3rd grow journal.

My names Kismet and I've been running perpetual since i started up in late winter 2017. I have been pretty successful with a lot of love and support from our great community here on 420mag.

I started up in soil my first run with less than wonderful results. I then got into coco with better results. After invasion of the fungus gnats offed some babies this fall have been slowly transitioning over to hempy buckets .Currently 5 out of 7 girls are in hempy. They are both great passive hydro mediums. I still see an occasional gnat on occasion but hoping after the last two coco girls come down they will buzz off too wherever they came from. You will be catching a glimpse of those girls coming down in the next few weeks. Seedsman Cheese and a Humboldt Legacy. Also in the works for this round is an attempted reversing of one of my chem dog 91(CsiHumboldt) clones with colloidal silver in hopes of some S1 Chemdog beans. She has had a week of treatments under her belt so far and will be moved to the flower tent very soon. The Carnival(MoC) will be joining her as well leaving behind a few clones in the veg tent. I thought about reversing her as well but decided i will reverse one of her clones later. Keeping up with two reversed girls may lead to too much pollen mixing in my mind. Some more chem 91 clones and a few humboldt legacy clones will be vegging in the veg tent as well. The Chem was/is one of the hardest hitting plants i have run so want to keep a mother of her and The Carnival around during my summer hiatus. Most likely keep a Legacy clone going as well. Maybe i am being a bit clingy with them.

Will really start once the Cheese and Humboldt come down. Took some clones of my Carnival last week and will be taking a few more clones of Chem dog to really get the tents rocking for this Gonzo grow show! If i am successful with the reversal will be making a Carnival Dog cross which is kind of the best of both worlds for me personally. And of course S1 Chem beans as well. They are kind of rare and expensive here so looking forward to having plenty of those around as well.

Hopefully Ru Paul (Chem clone) will be growing her balls in a month or so. She has had her first week with the colloidal silver on two lower branches and was moved into the flower tent today. Will take some pics of the current ladies in the veg and flower tent soon.
Kismet Goes Gonzo For Carnival & Chem Dog

Were is the cheese then....

CraZysWeeD said:
Were is the cheese then....

Took a tester of her today. Surprised about the amount of frost on her.Shes cloudy with a bit of clear. She has been gaining density in her flowers. Will post some pics here this evening. She looks like a sativa but starting to see the indica in her with the sugar and denser nugs than i expected.
Kismet Goes Gonzo For Carnival & Chem Dog 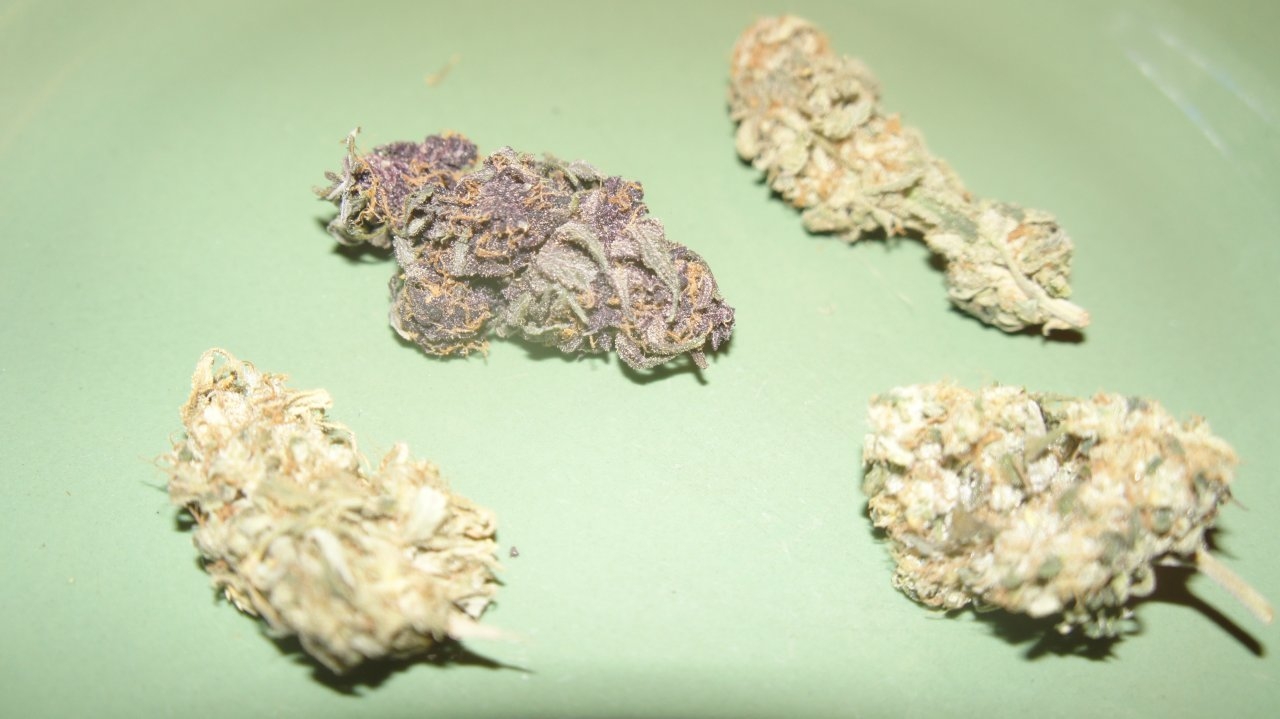 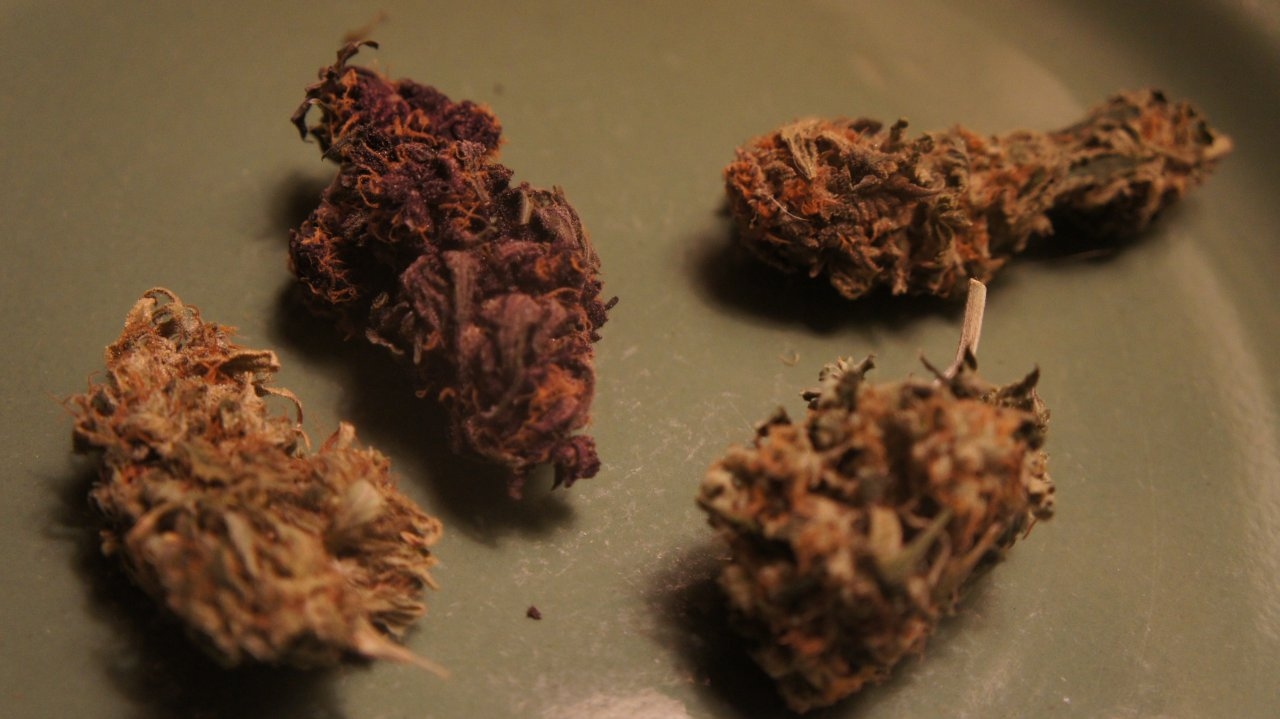 Dda like my ex. Never takes a bad pic. 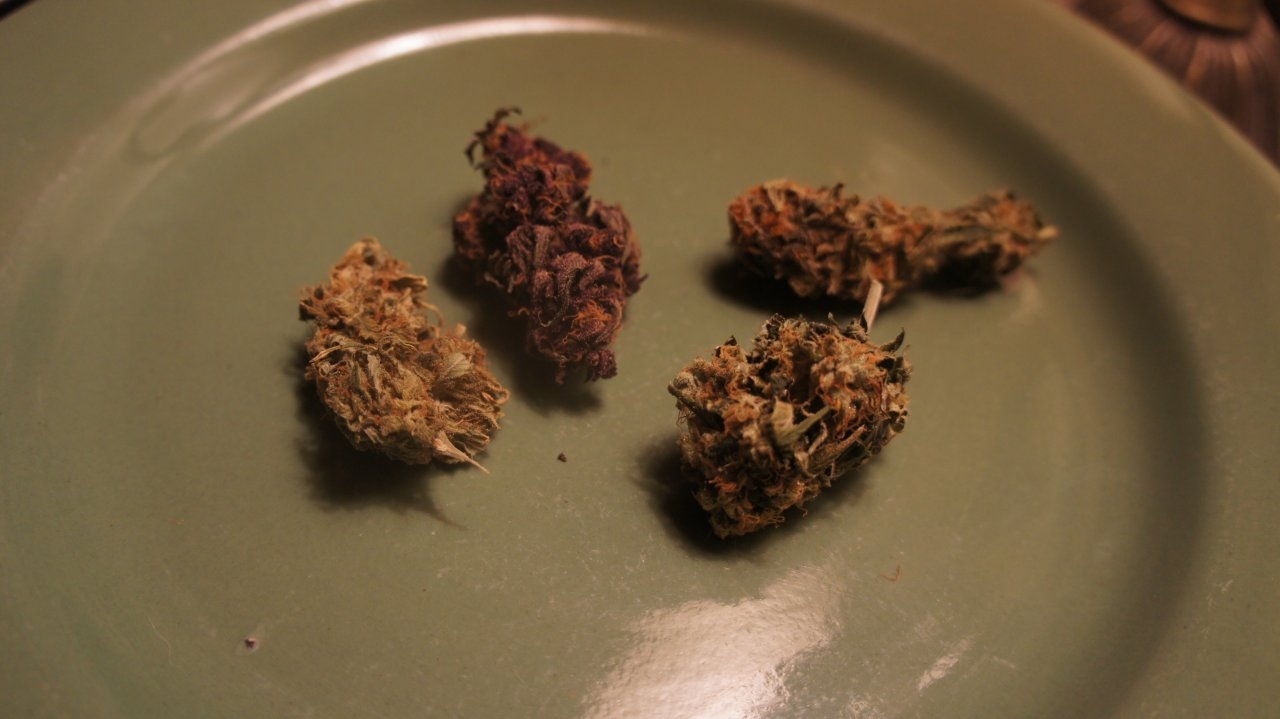 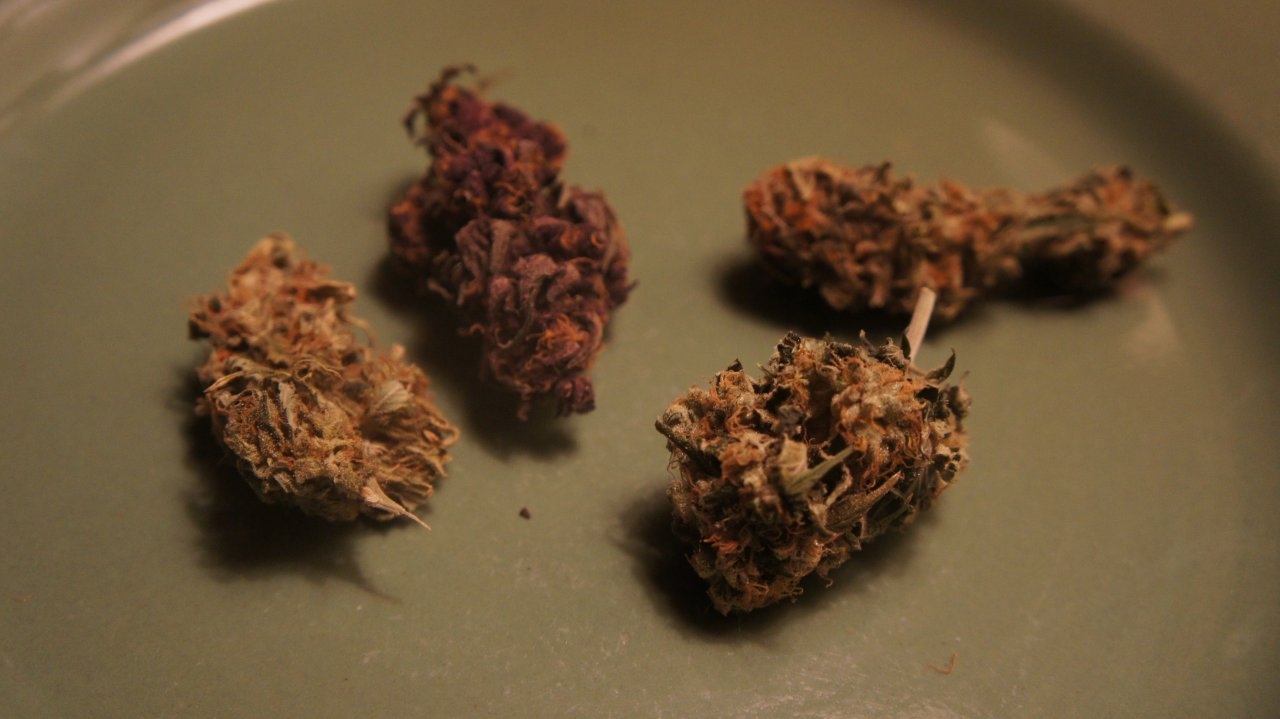 The daily smoke menu at the moment.
Funny didn't realize till i put them all together but each one was affectionately named after a member here on 420. So i start off with some Grandpa Tokin in the morning,hit some SweetSue around noon then get into the Bonsaiweed mid afternoon then PW for the evenings .

Maybe some canna coffee and canna chocolates in between. 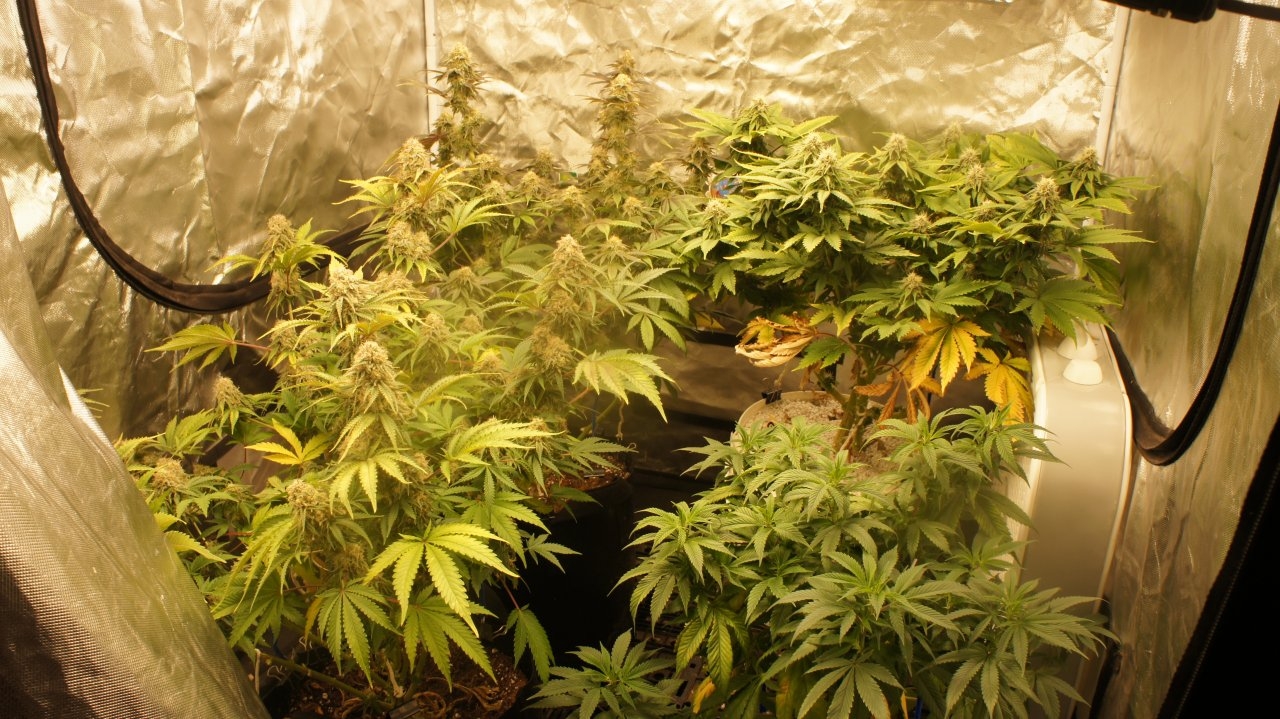 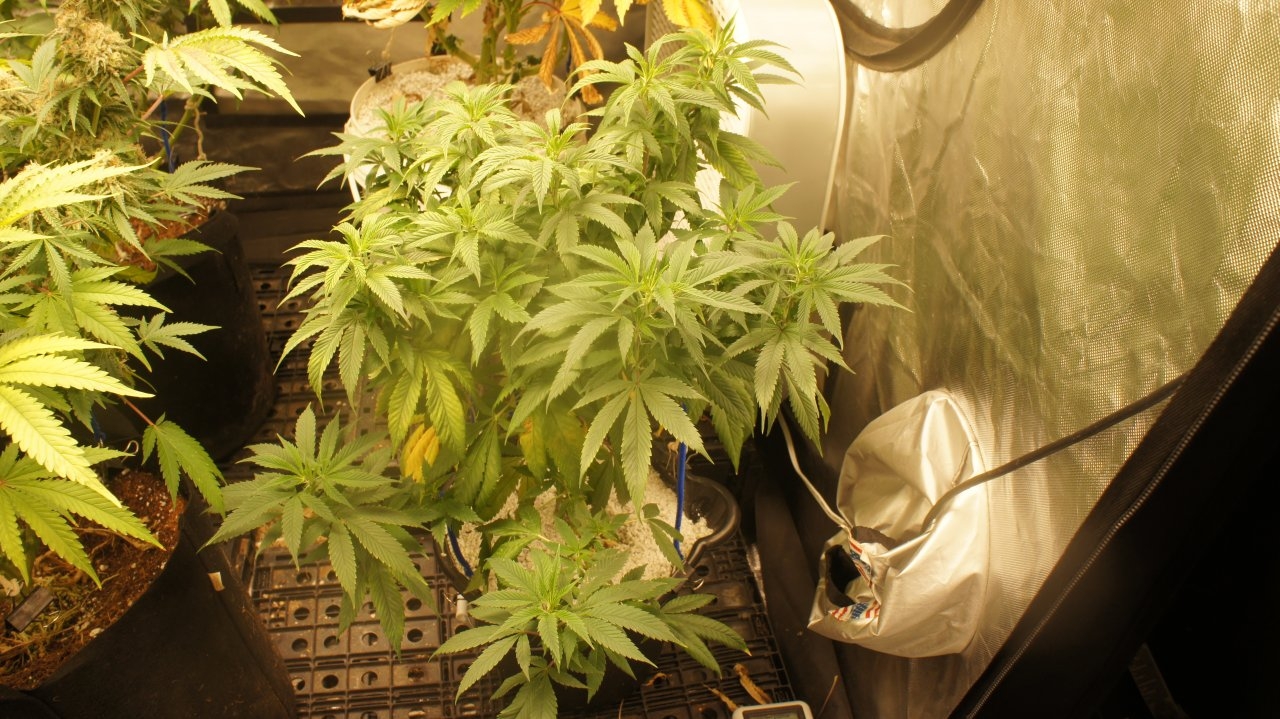 Ru Paul. One week with cs. First day in bloom. 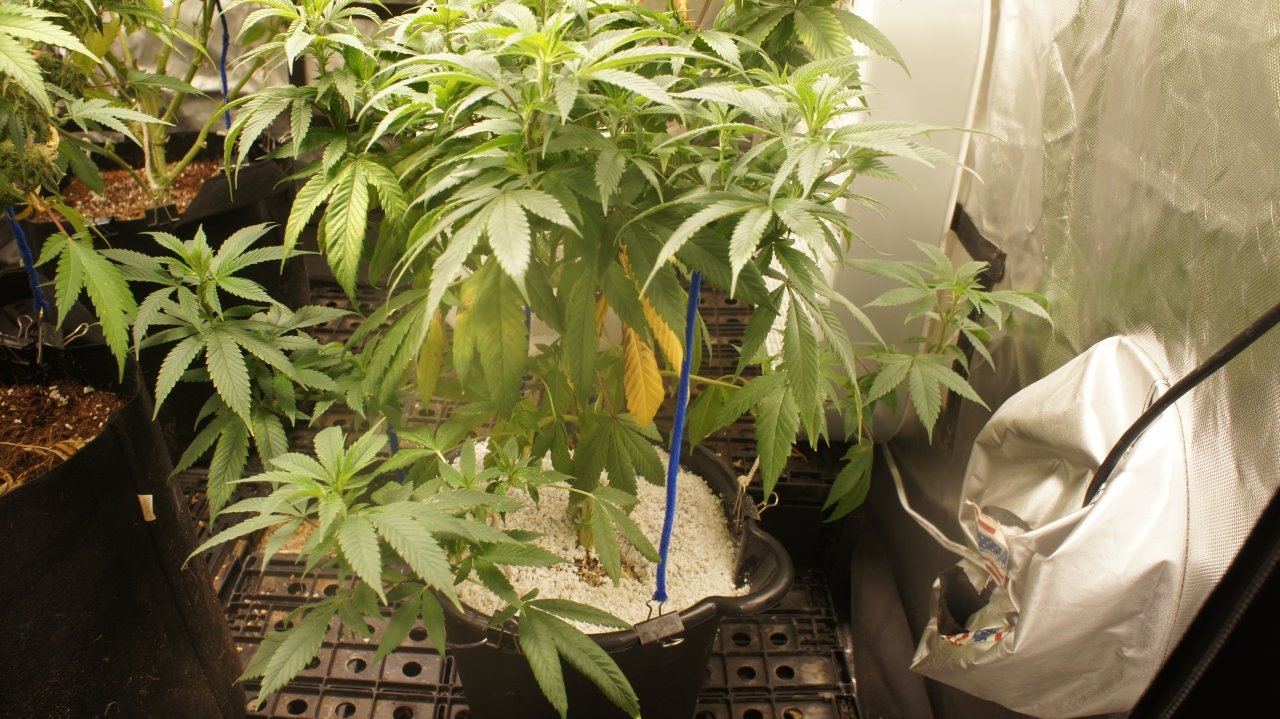 Those bottom branches front left and back right right. Getting trans hopefully next month. 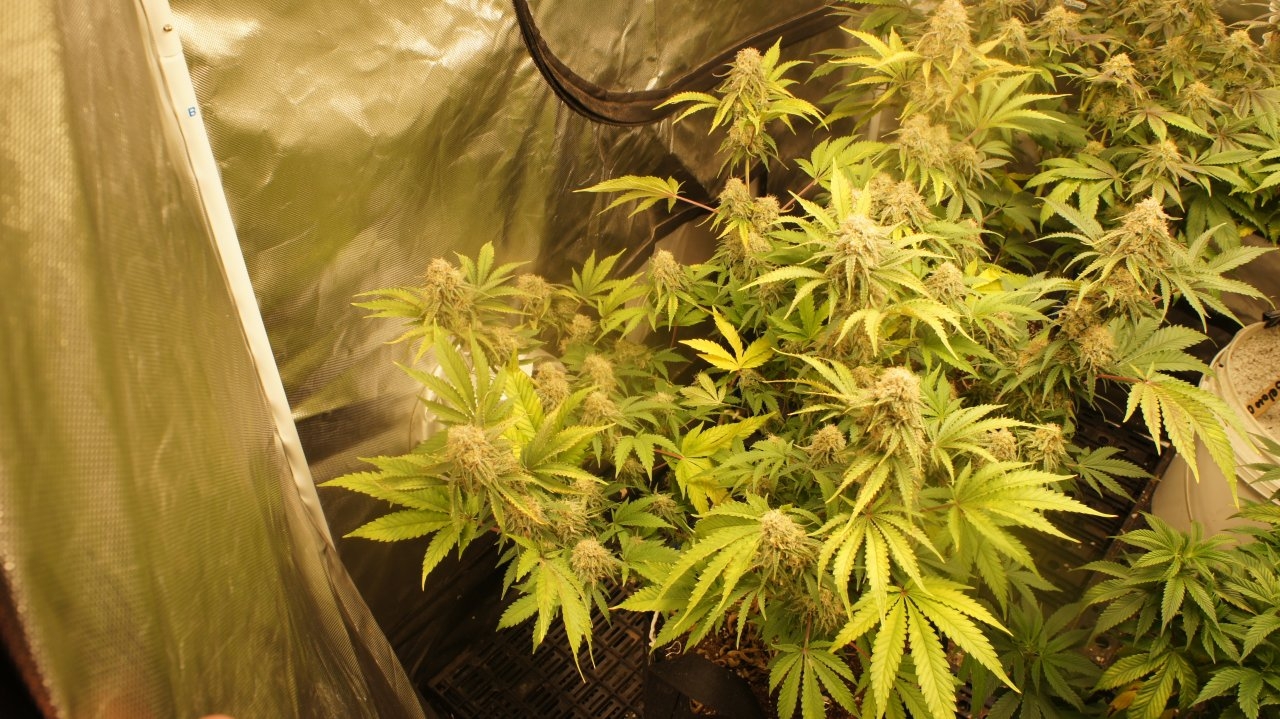 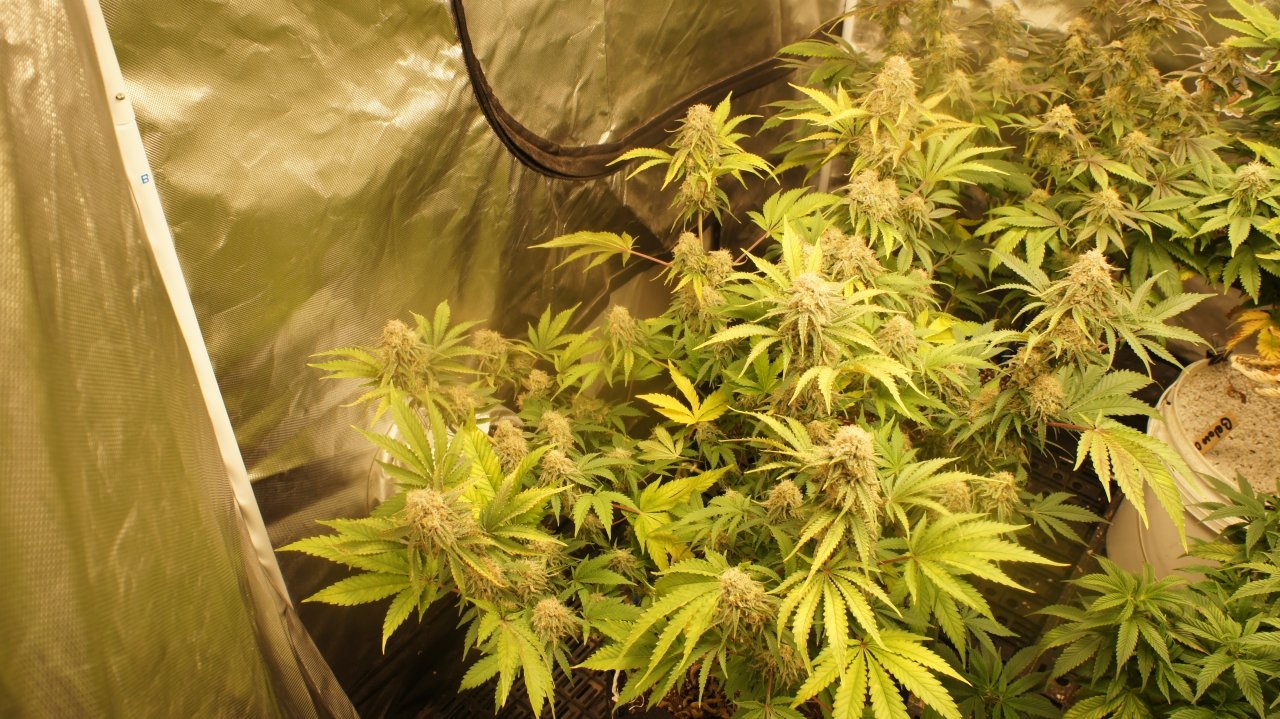 She's huge for me. 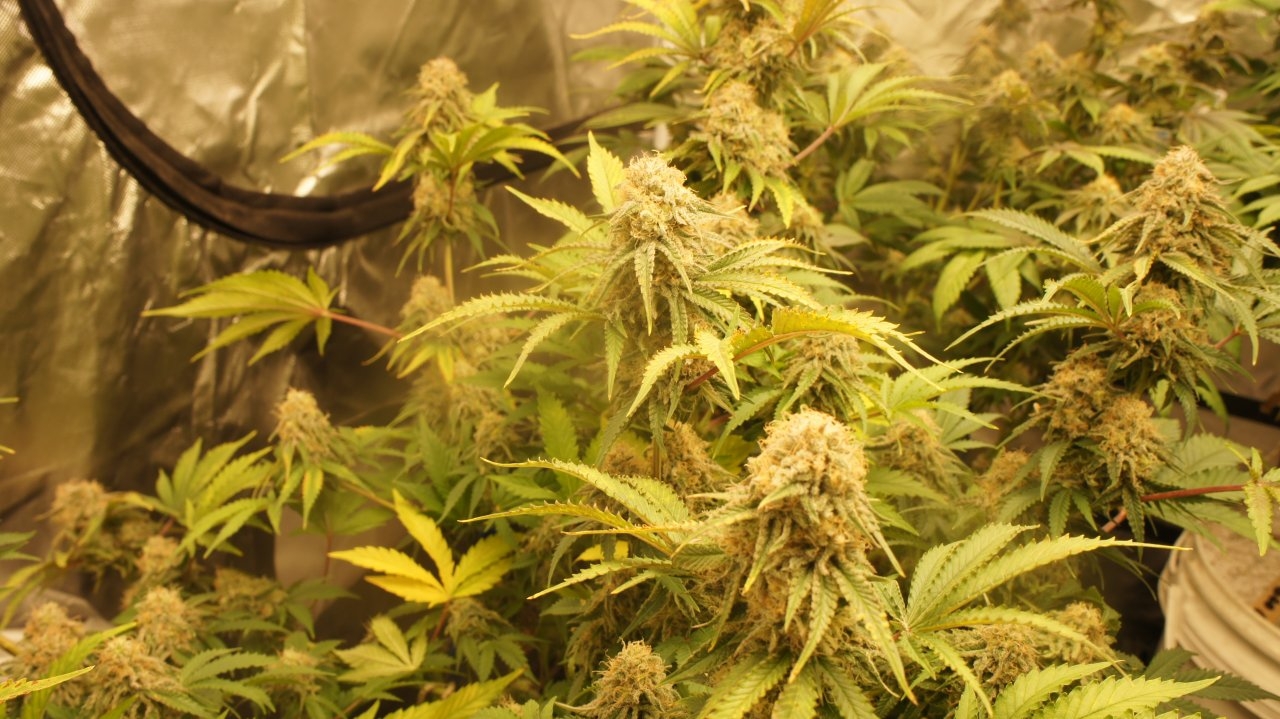 Cheese putting on the weight now. 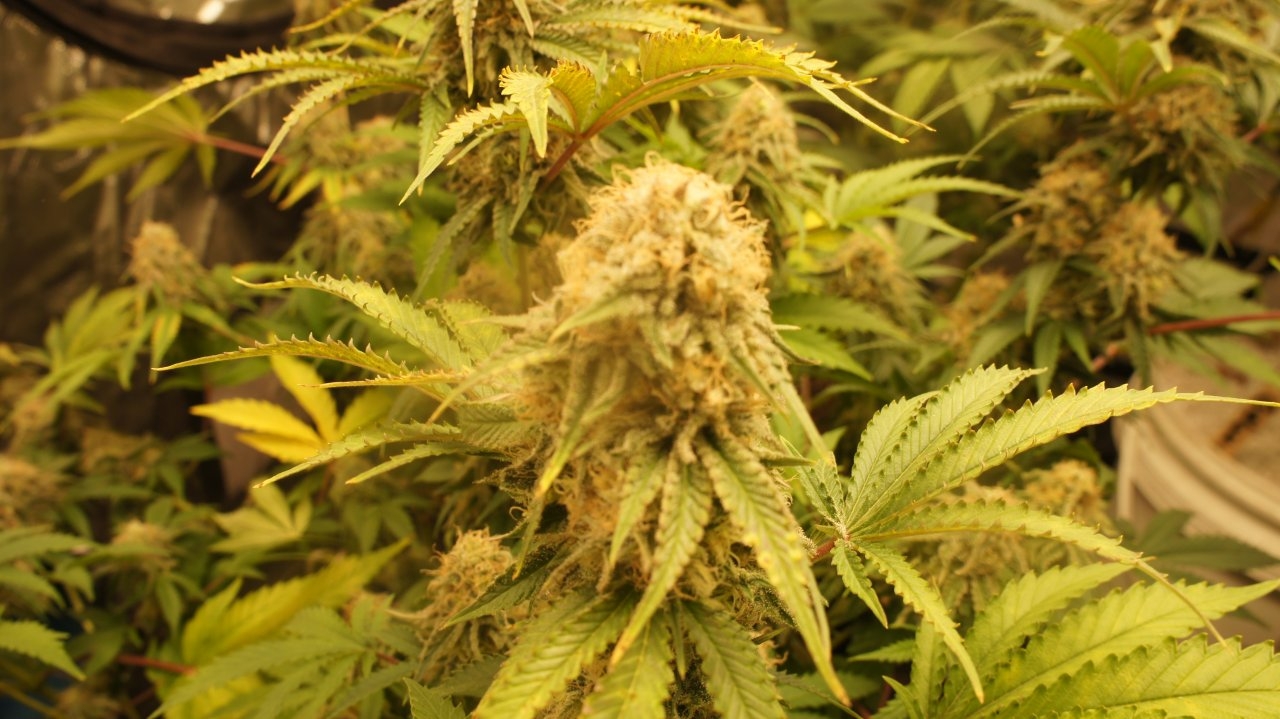 Cheese. Sorry my close ups suck. She is quite frosty. 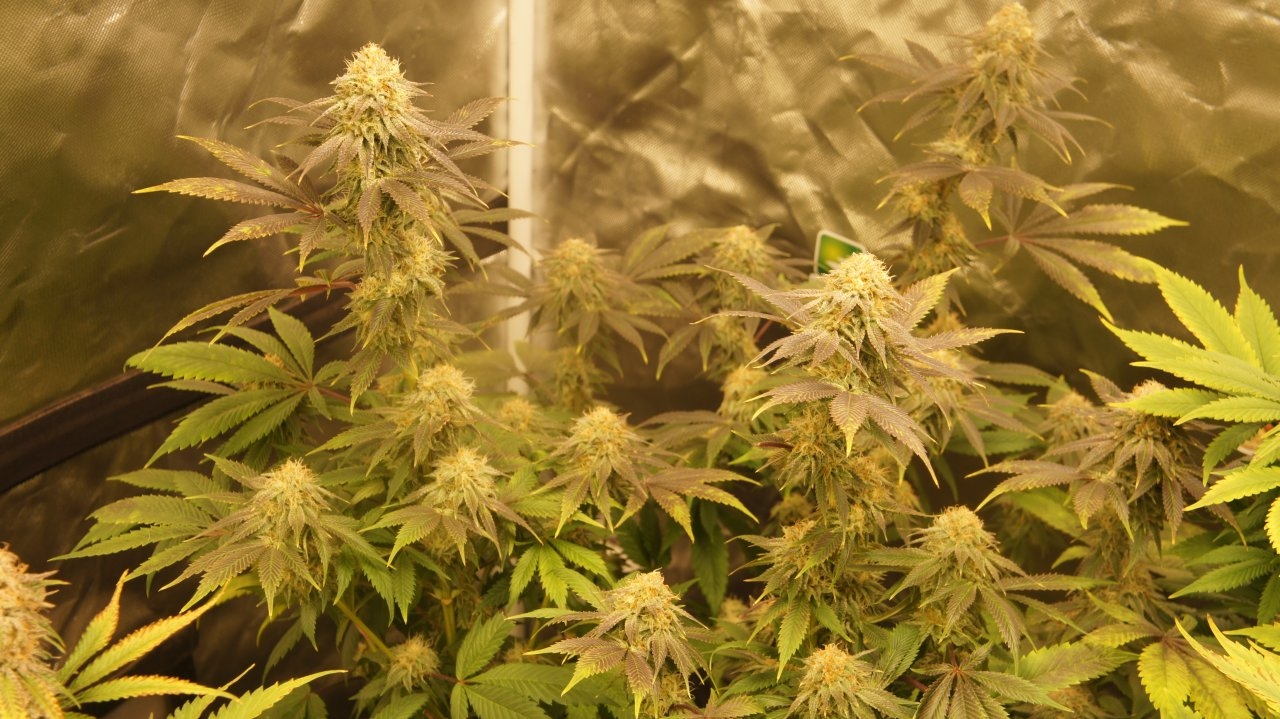 Humboldt Legacy. Just starting to put on the weight. Thought she was a chem clone til she showed... 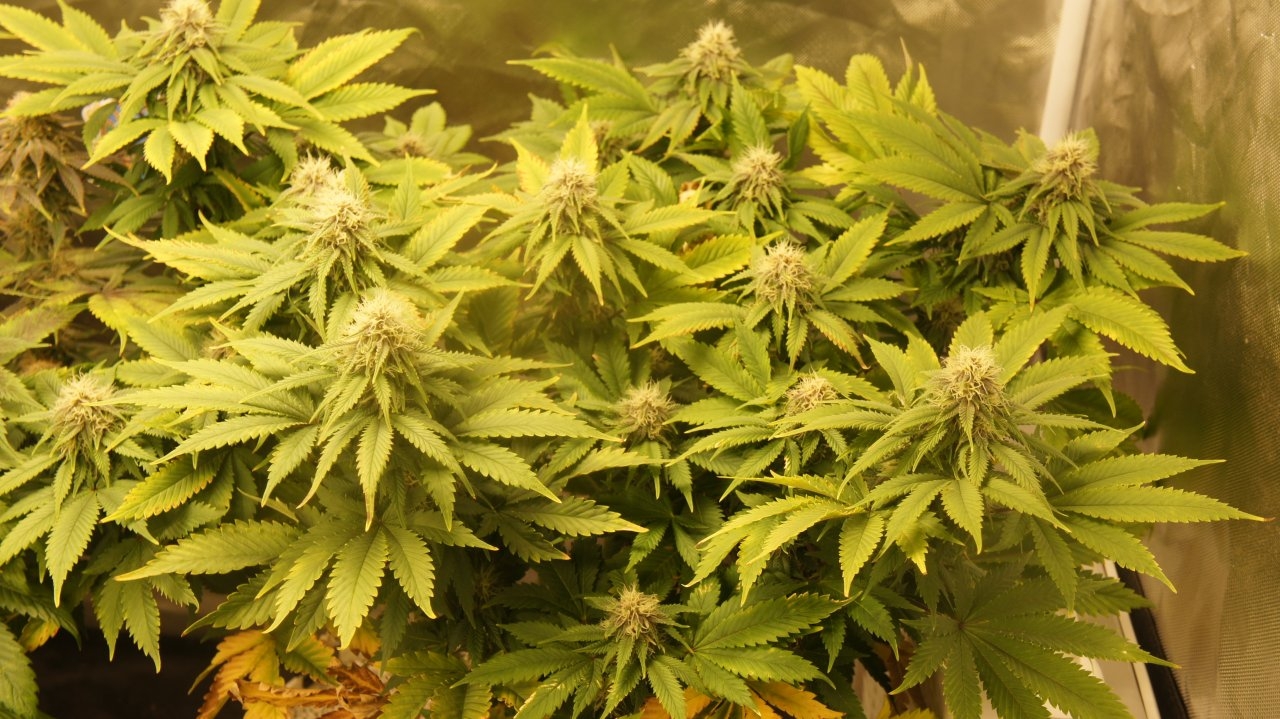 Gelat OG. She is showing purple black on herself now, In her inner sugar leafs. Will work on a... 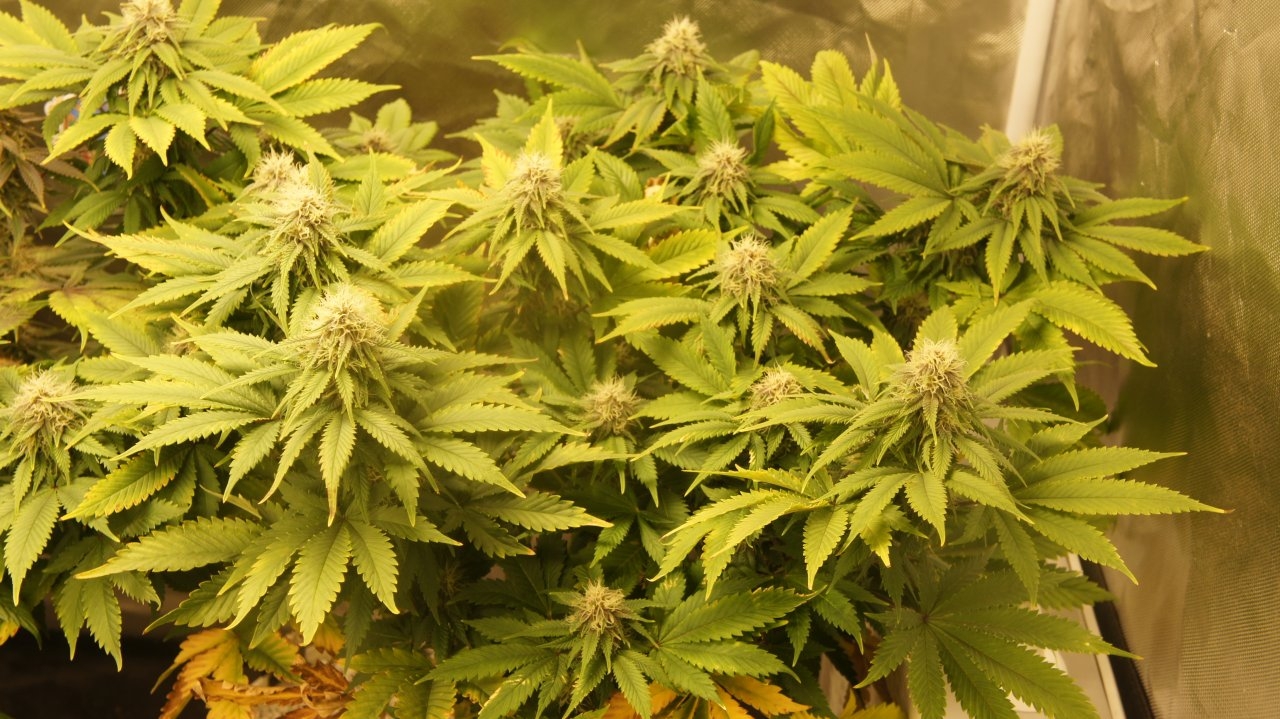 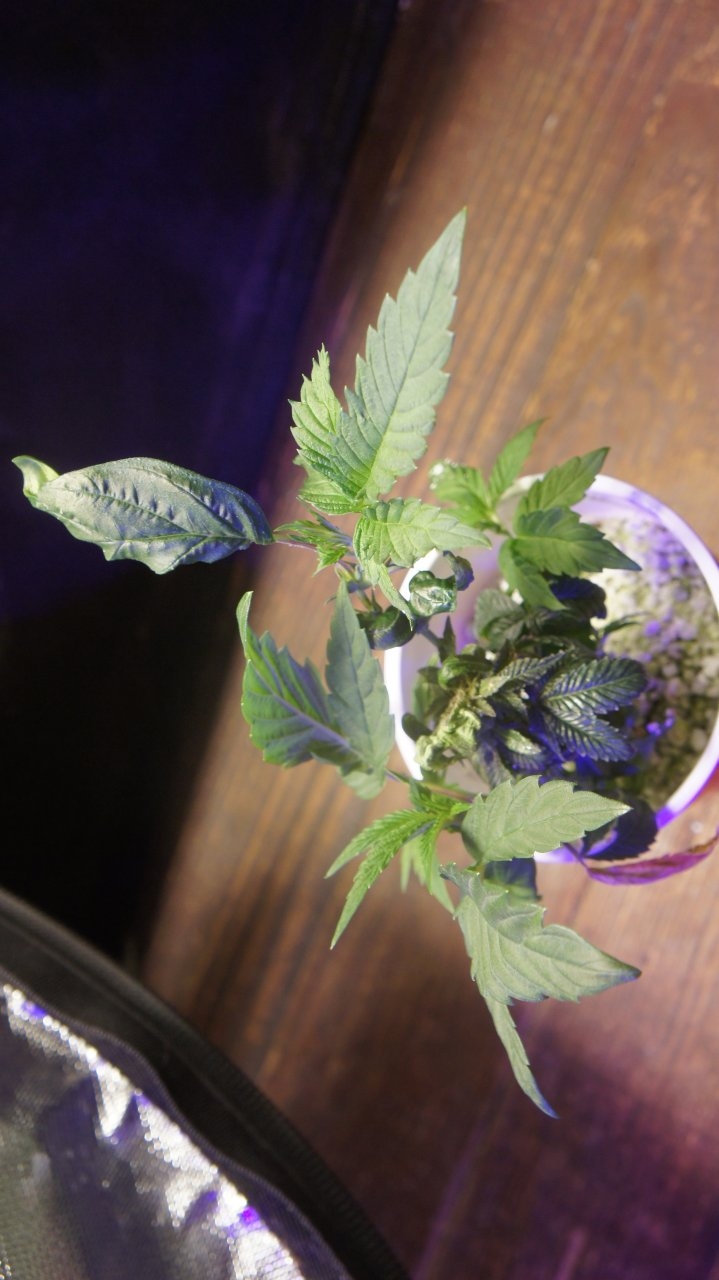 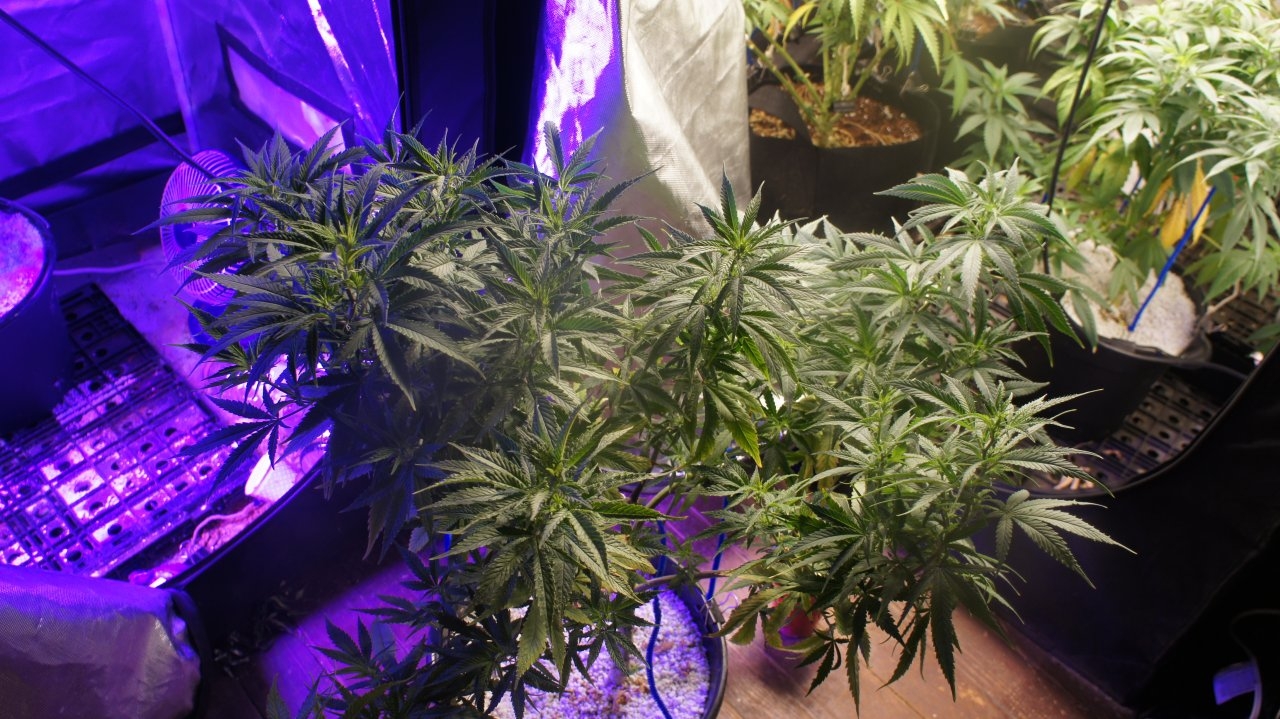 Carnival on standby. Waiting on the cheese. 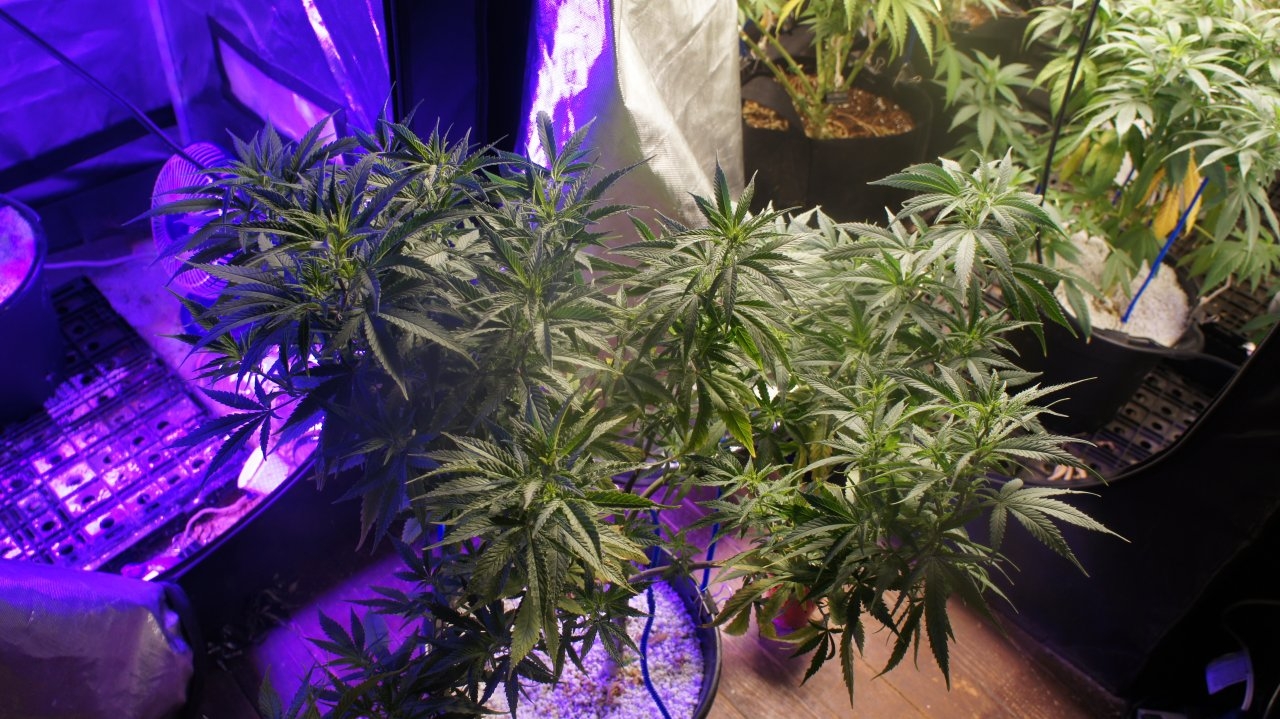 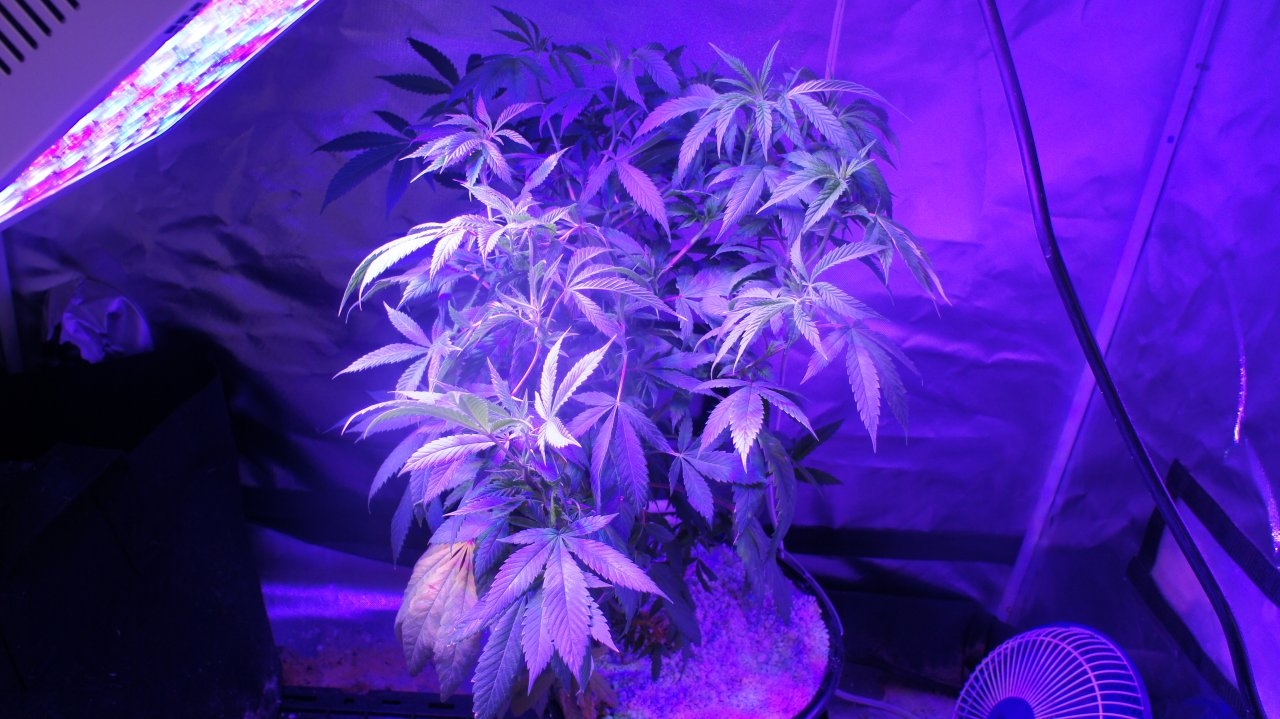 Chem clone. On Standby as well. 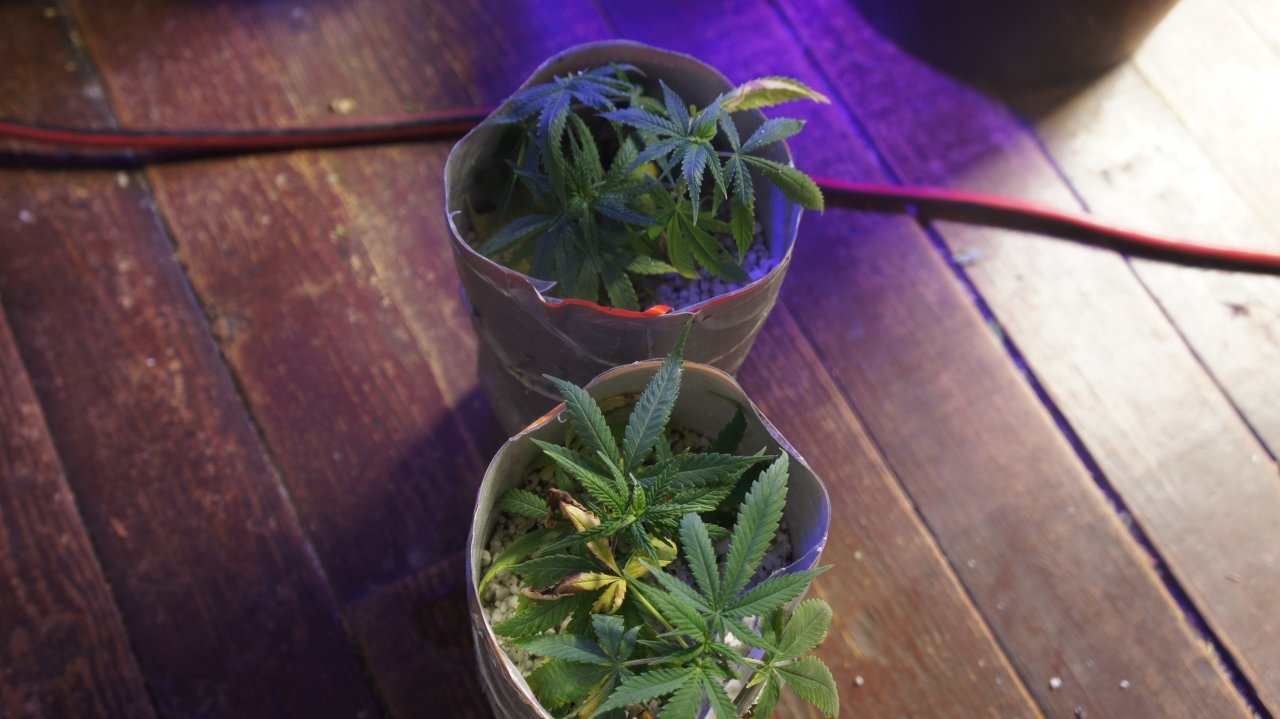 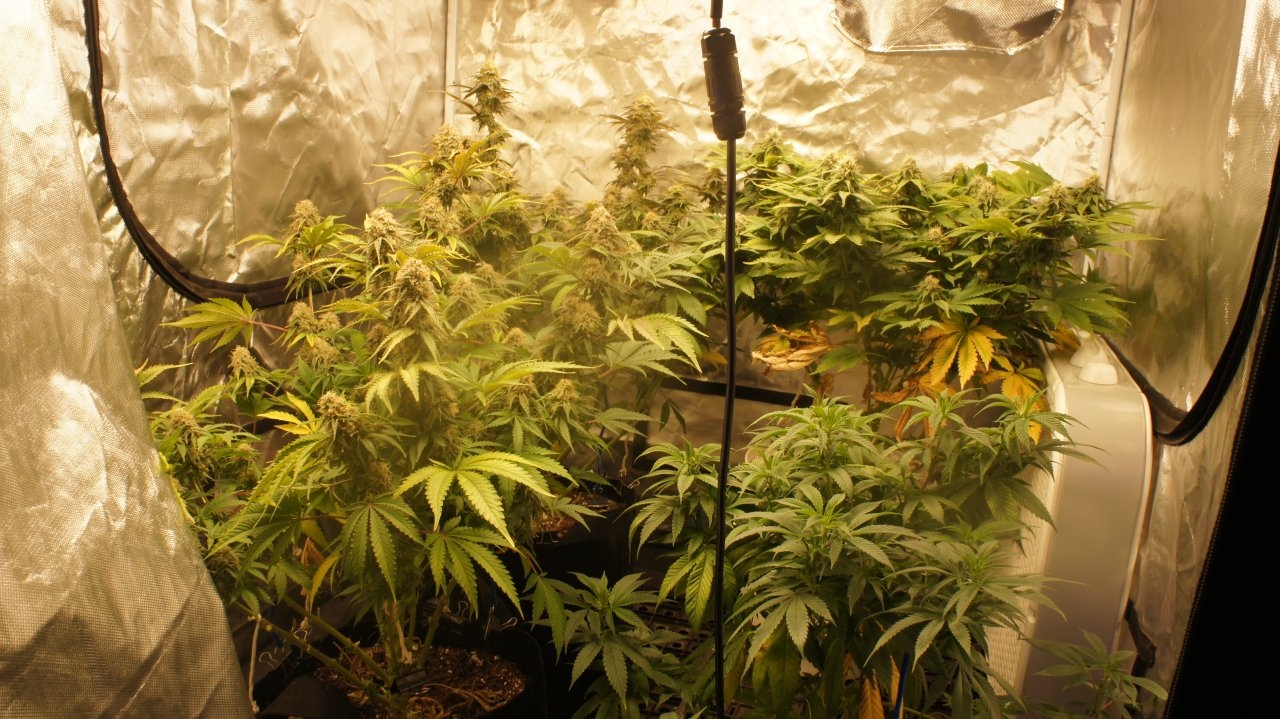 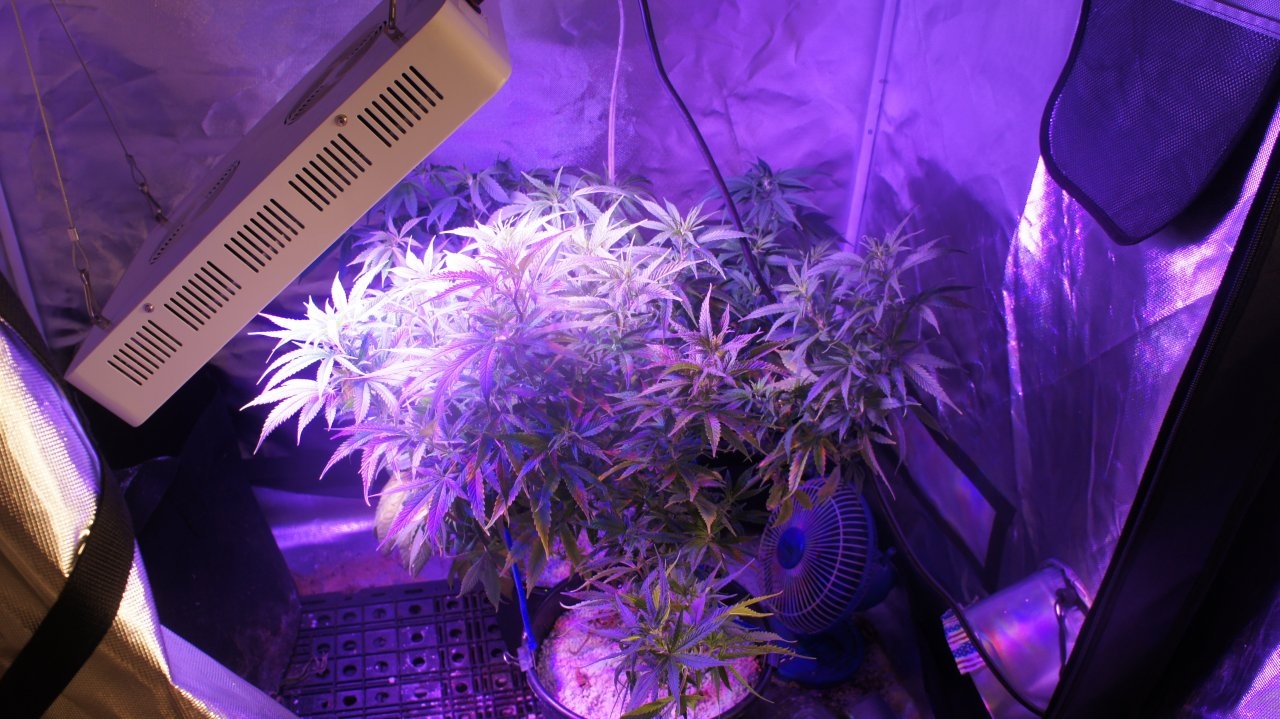 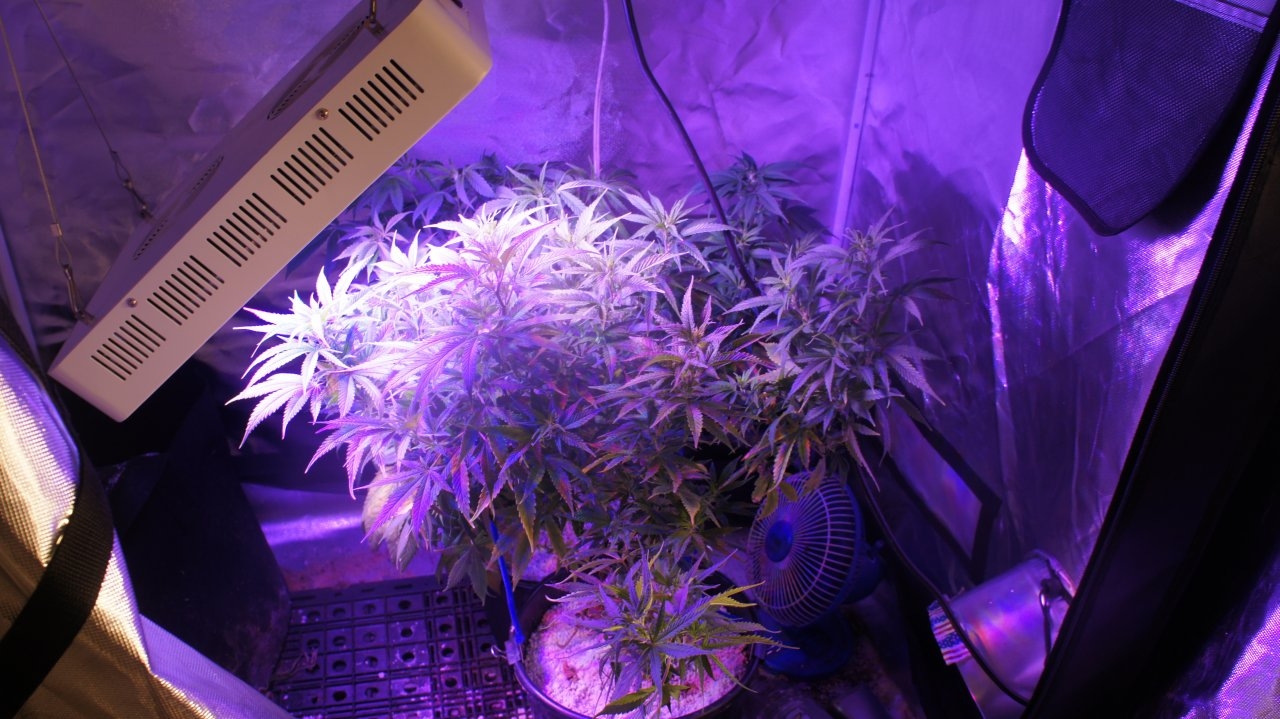 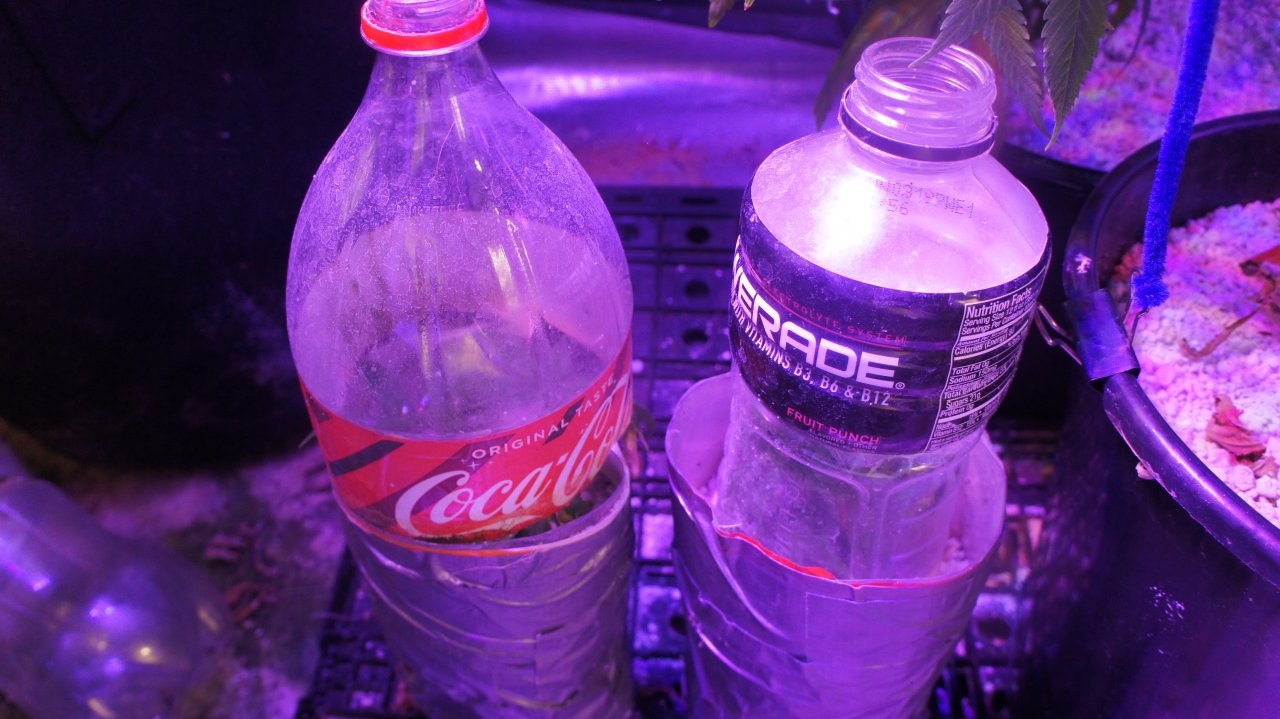 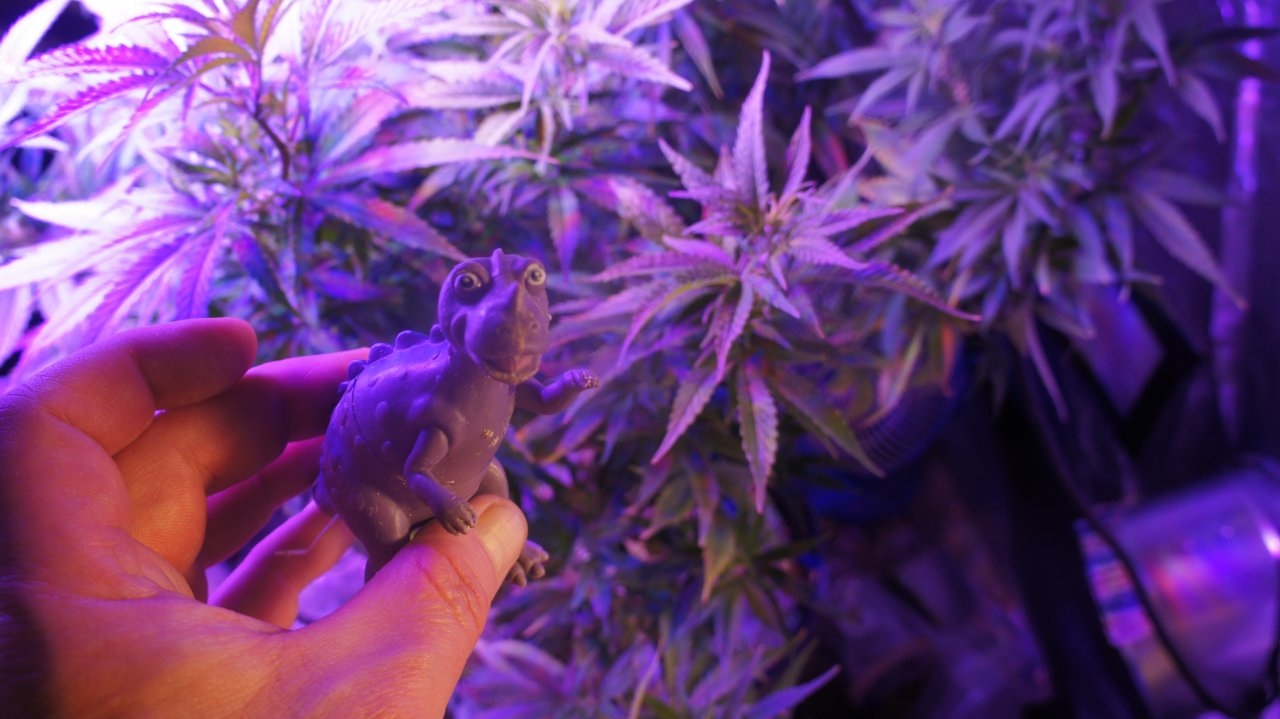 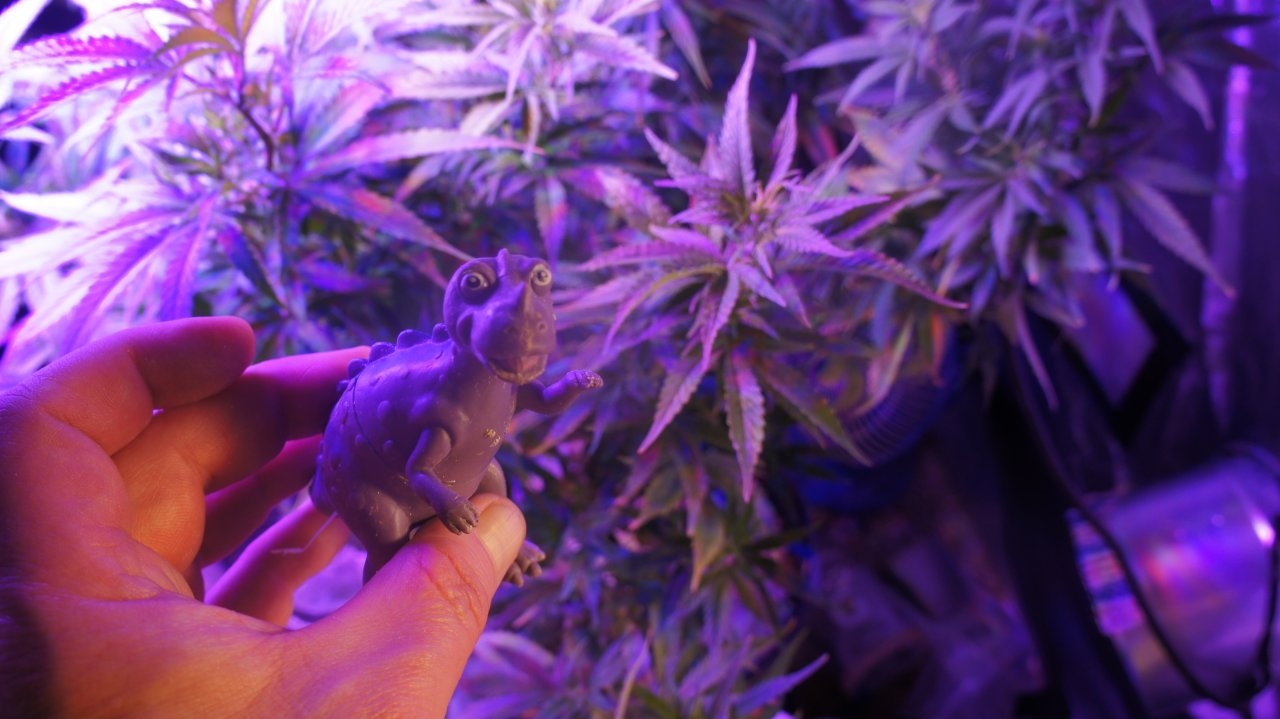 Says he is all in. 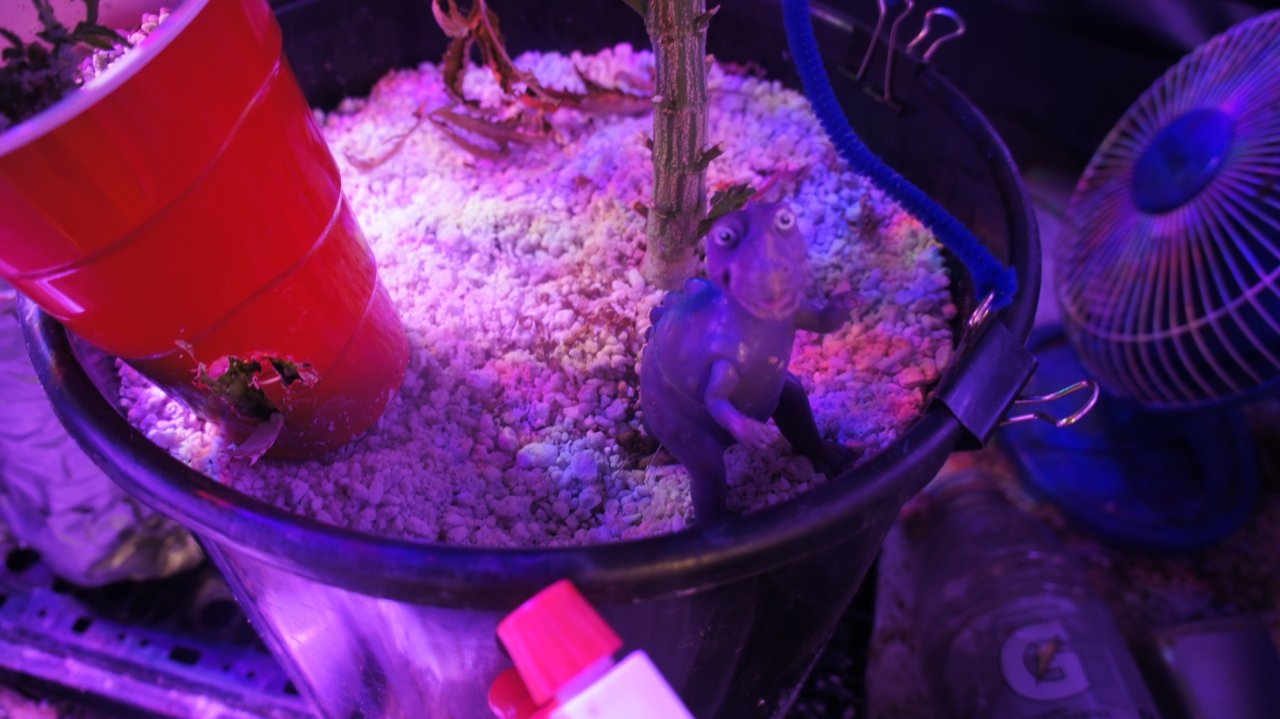 In the pot he goes.
Kismet Goes Gonzo For Carnival & Chem Dog

Your Cheese looks more dense and with more trics than my did. It's one perky strain to grow I think... it's not like the kush that can take any abuse one throw at it.

But it's a very special smoke, the cheese. Very mental high.

Everything looks great Kismet! Looking forward to your next chapter here.

Smeegol said:
cheese plant that I want the seeds from
Click to expand...

Smeegs i am looking forward to the Cheese. Glad you and Crazy aren't cheese haters like Shed lol.

CraZysWeeD said:
Looking forward to your next chapter here.
Click to expand...

Thank you CraZy. Think i will name the Cheese girl after you so i can smoke some Crazysweed later

Yum. Ok off on a munchie attack then bed

. Catch up with you guys tomorrow.

Kismet said:
Smeegs i am looking forward to the Cheese. Glad you and Crazy aren't cheese haters like Shed lol.

Thank you CraZy. Think i will name the Cheese girl after you so i can smoke some Crazysweed later

Hell yeah 1st page, you got some sexy ladies in the garden brother and yes I love a good cheese as it hits the right spot for me whether it's medicating or socializing.....

I'm busy revegging a uk cheese seedling which flowered off the bat outdoors and I scored 3 diff cheese strains in December in a trade... Sweet cheese, blue cheese and A.N.C/ Another Cheese which I going to try later this year sometime....

I need to get my hands on some DDa though as that's like a bucket list strain from last year...haha but I do have black cream from sweet seeds which i want to do next auto run as I'm a bit full up in my 1-800 coco journal, had to give coco a bash this winter so got a head start on the girls from clones.
So you can bet I'll be hollering when/if I hit any bumps along the way.......
The Quadsquad Thread, A Community For Quadlining

A Stoorish Hobbit and his Lair

Smeegol said:
So you can bet I'll be hollering when/if I hit any bumps along the way
Click to expand...

With the coco just make sure they get fed daily to a bit of runoff and ph your nutes. Should be good to go Smeegs.
Kismet Goes Gonzo For Carnival & Chem Dog

Grow Journal of the Month: March 2019

Kismet said:
Keeping up with two reversed girls may lead to too much pollen mixing in my mind.
Click to expand...