Location? Sydney somewhere
What strain is it? Bag seed
Is it Indica, Sativa or Hybrid? Dont know
Is it in Veg or Flower stage? Vege stage
If in Veg... For how long? Seeded on 16th June 2014
Indoor or outdoor? Built-inWardrobe
Soil or Hydro? Soil
If soil... what is in your mix? Using a combination of premoium potting mix, a specialised potting mix for tomatoes and perlite
If soil... What size pot? Hanging pots, but 27cm across. Also have larger pots when needed when they get bigger.

Size of light?
Flouros
2 x 2foot Propagation lights 6400k each which equates to 4 globes at 6400k

Temp of Room/cab? Under the lights, around 19c-21c celcius
PH of media or res? 6.5
Any Pests? Not yet, just the winter cold
How often are you watering? When pot is light and also have a hydrometer and a finger to check
Type and strength of ferts used? Nutes used are those currently for tomatoes, also some seaweed based nutes and also special bud candy here and there.

The Intro
Hey all
First time grower and learning along the way and this and other resources have helped immensely, and so have my dismal and shocking mistakes.

Currently in Sydney, its winter and that gave me a few hurdles to come across and the main one is amount of light and also heat.
Outside is not an option plain and simple, during the day is nice around the 18c-24c degrees range but at night, can drop down to 5c degrees so is a no no. Too much of a temp change

So after ALOT of mistakes in which I will speak of later on, I changed the setup from my bath lol to my wardrobe which is actually pretty stable temps and under the lights is acceptable.

After my many mistakes, i have literally lost 9 seedlings due to overwatering, PH, chlorine in water and lack of heat and light but obviously now learning slowly from these mistakes and currently under the circumstance have a decent grow happening.

I have also named them as they all seem to be different.

Mary (RIP) - Turned out was a boy so called him Michael, cut it down and dried and made into some hash
Serena - Small and bushy lady
Jane - My darling Jane, even when half sucked up a vacuum cleaner, she is fighting strong.
Tezza - I thnk she is a man 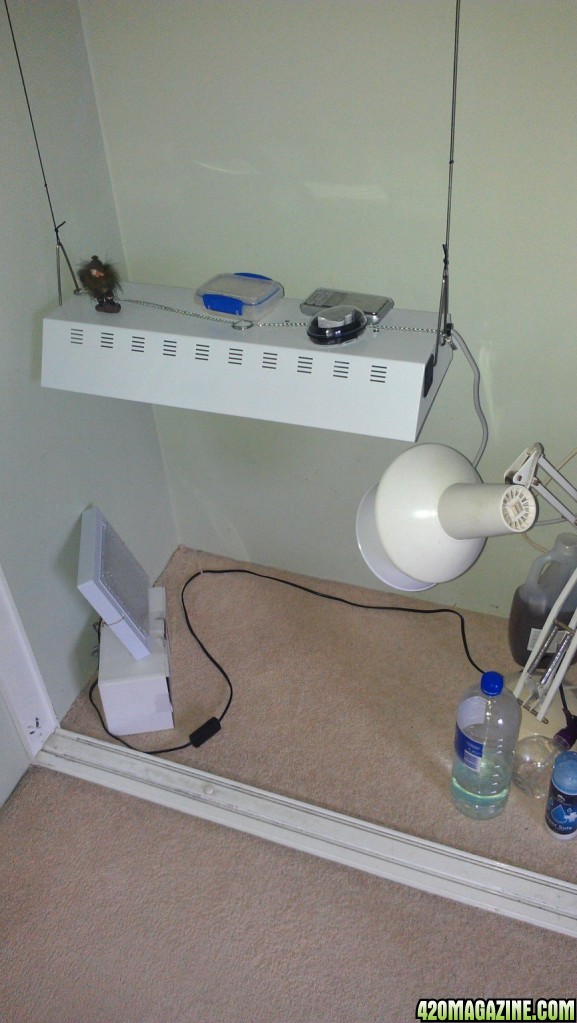 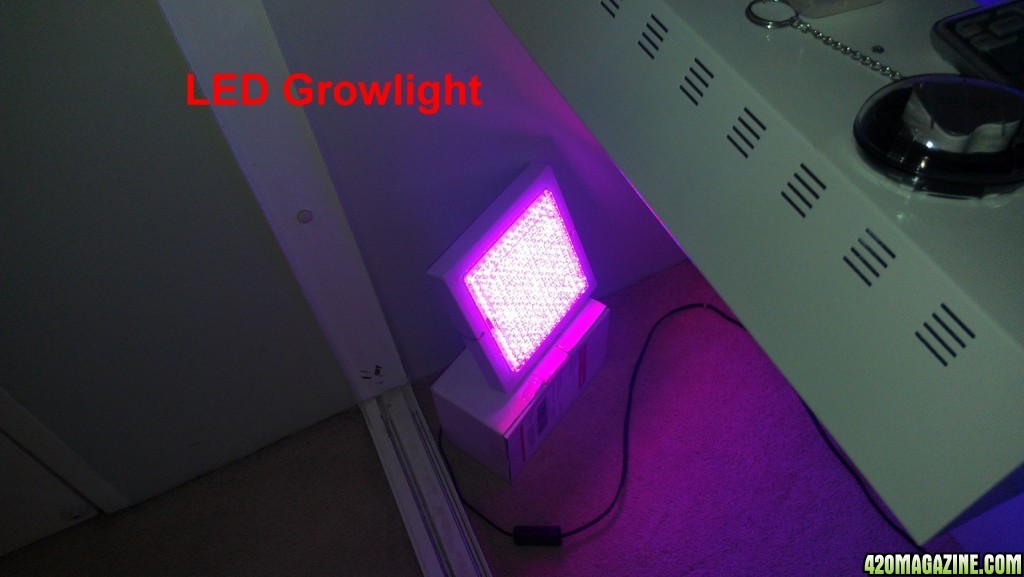 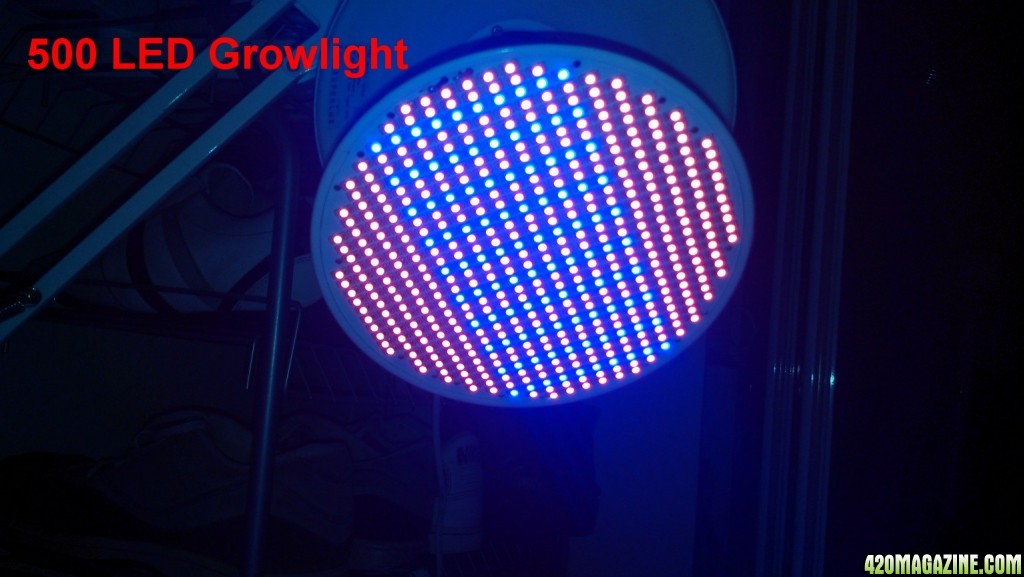 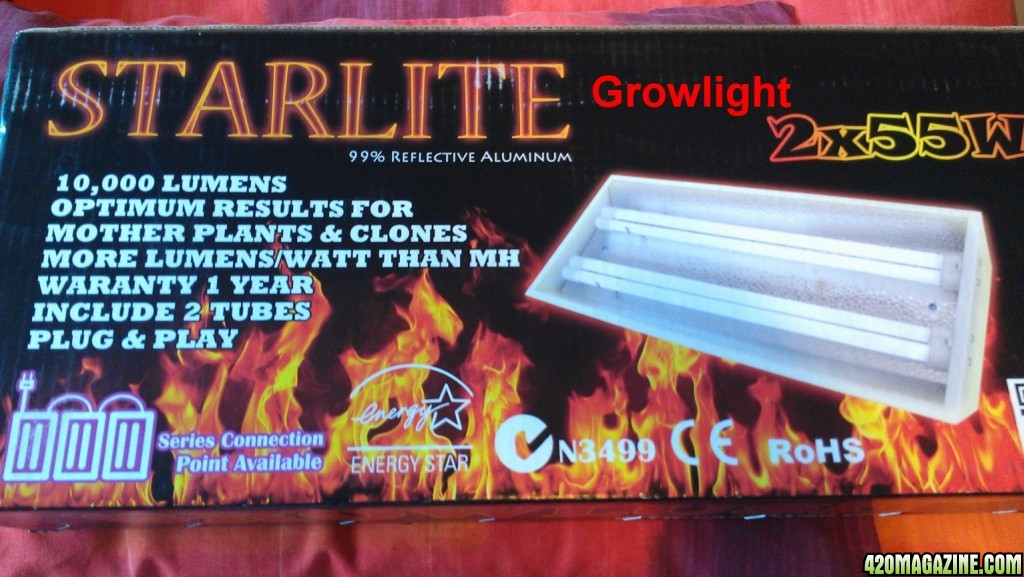 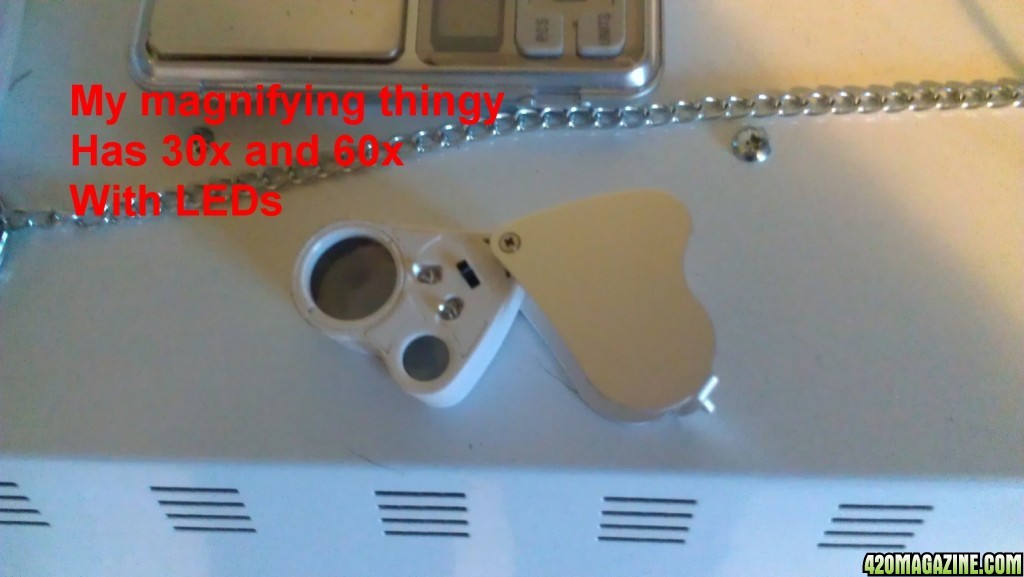 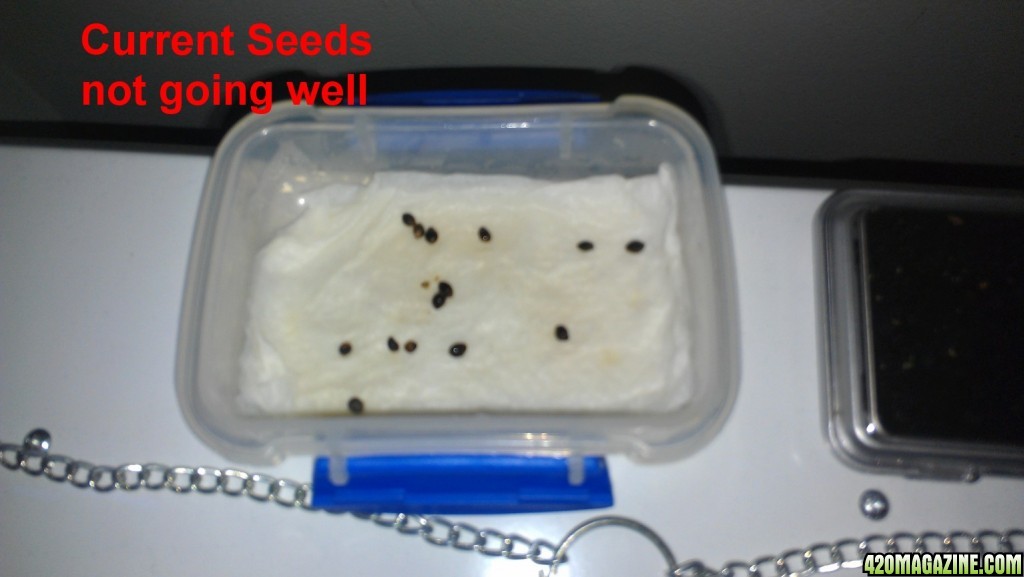 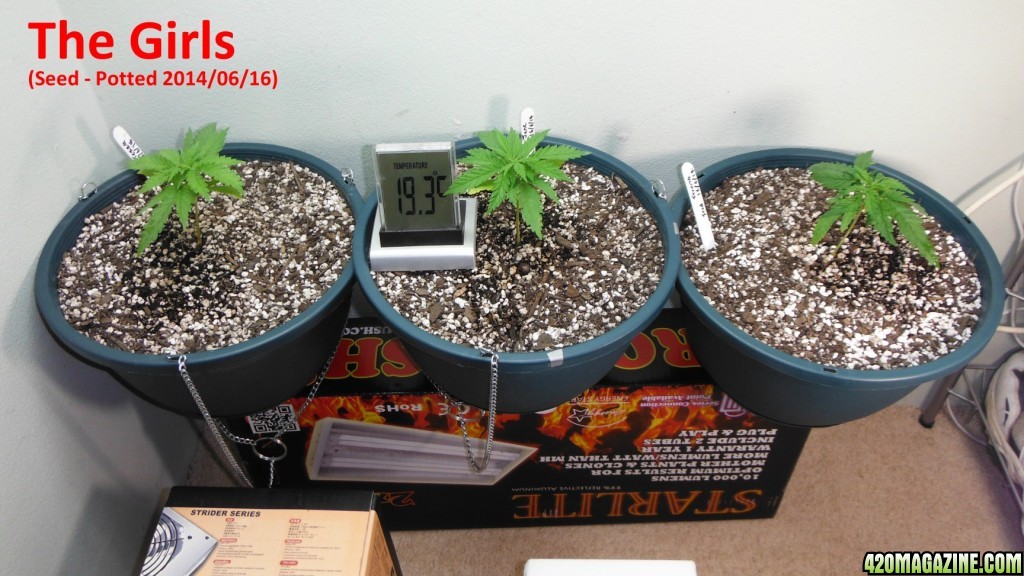 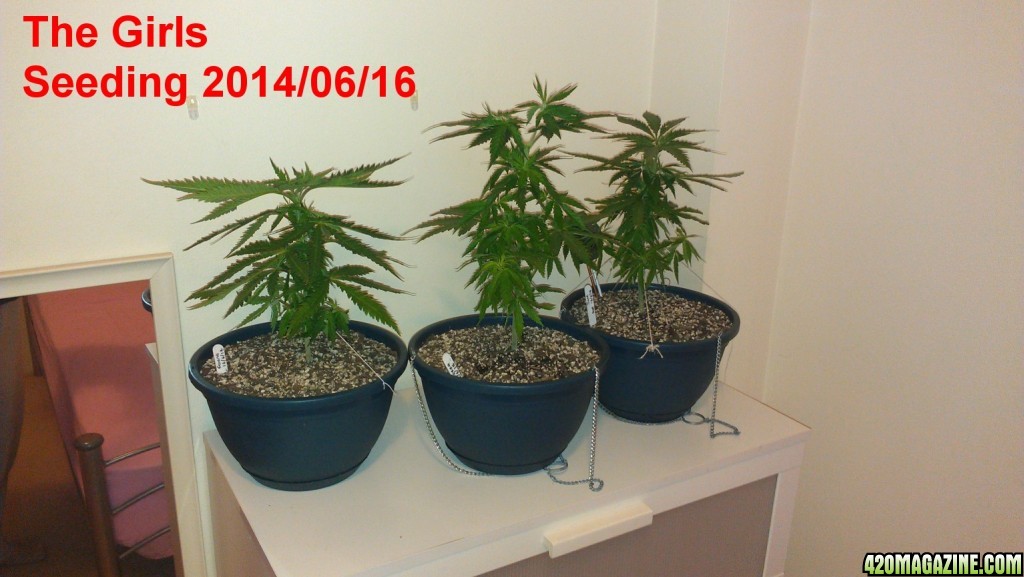 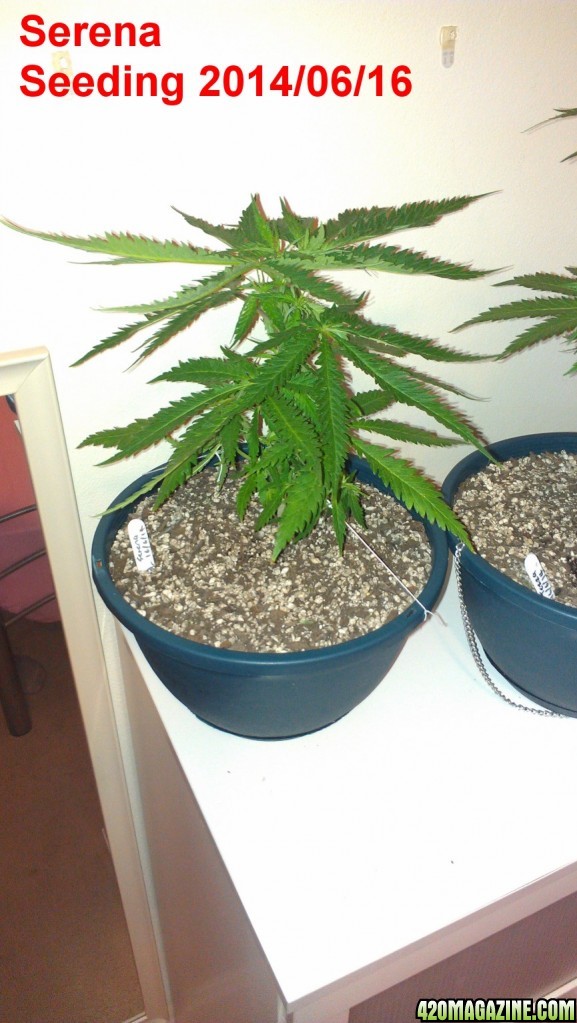 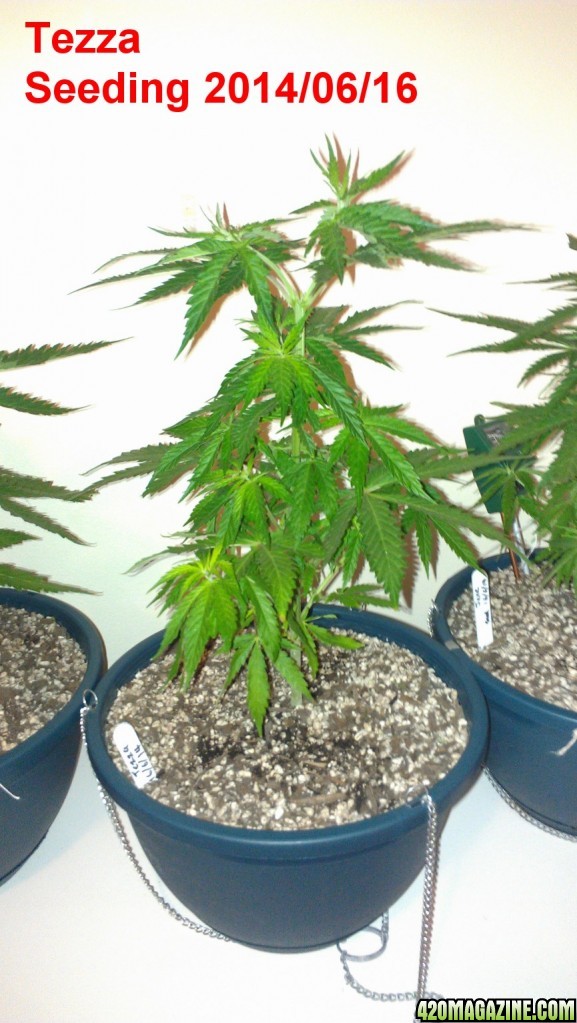 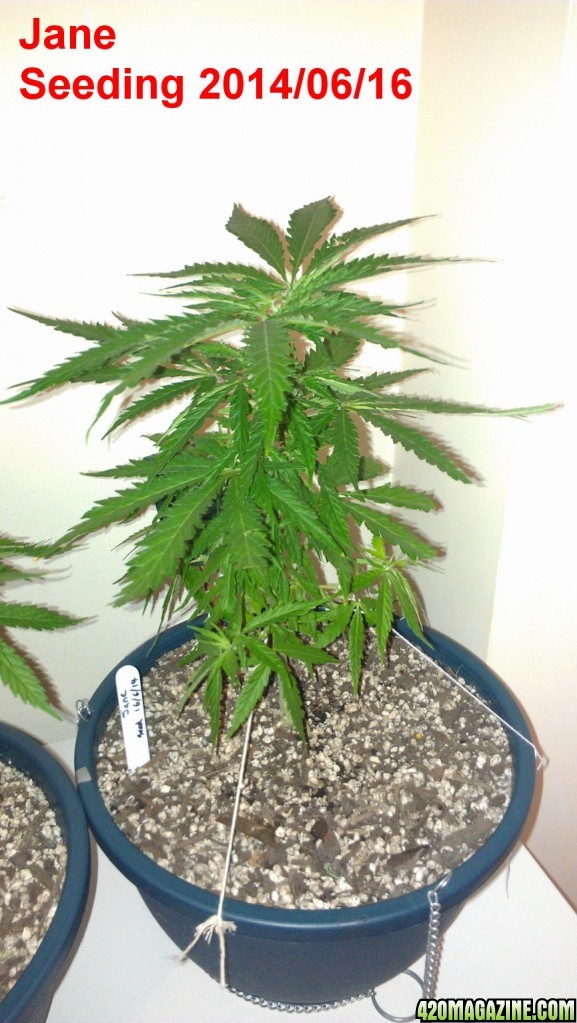 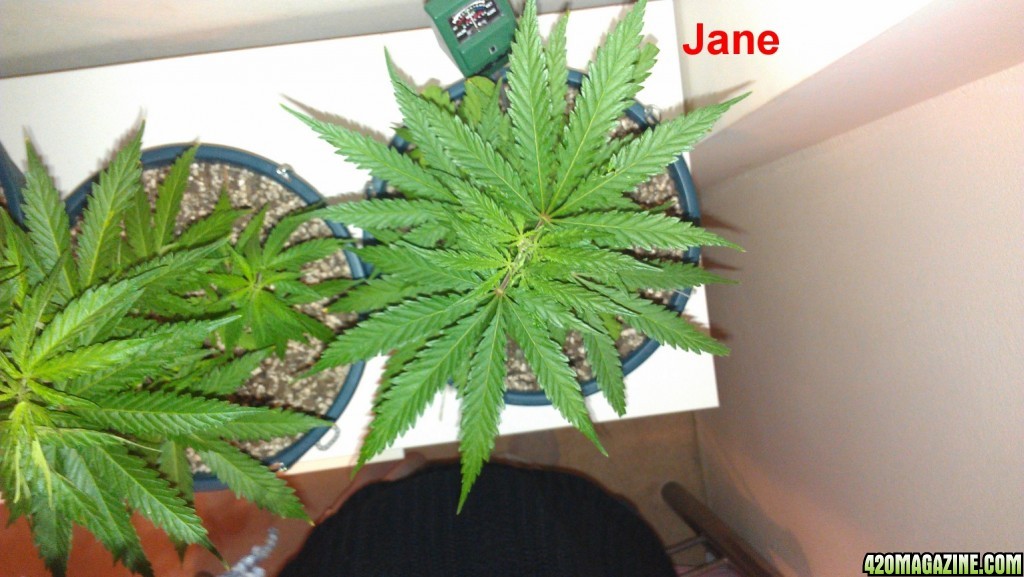 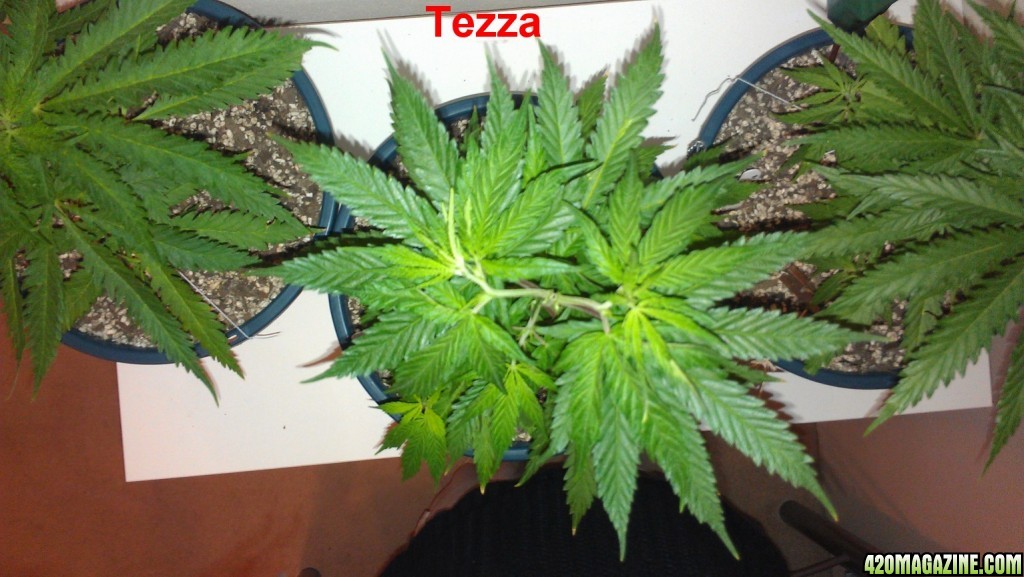 Serena has a large set of fan leaves 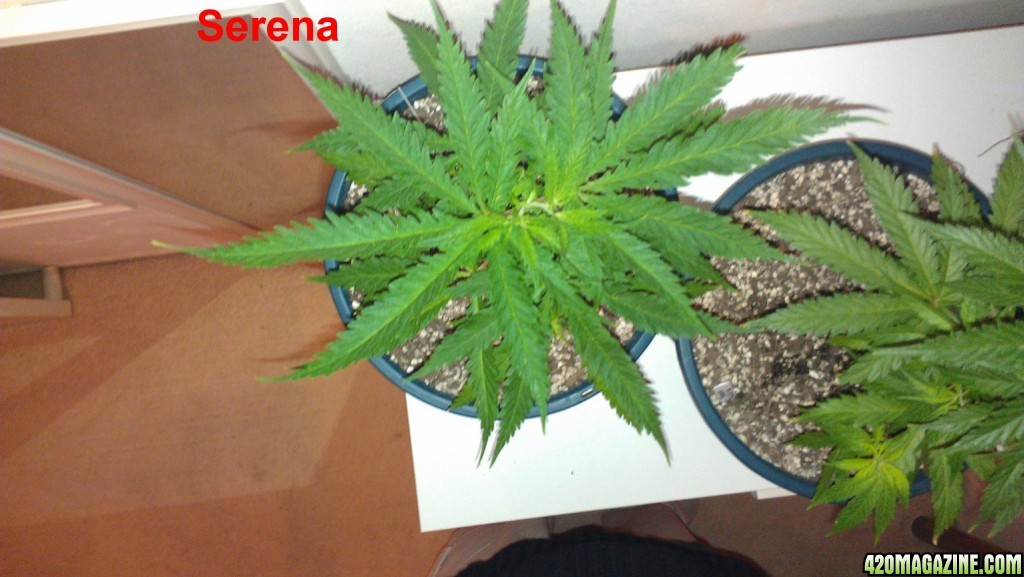 The top of the plant was topped and the only suspect area so far is on that top section.
Last photo is clearest 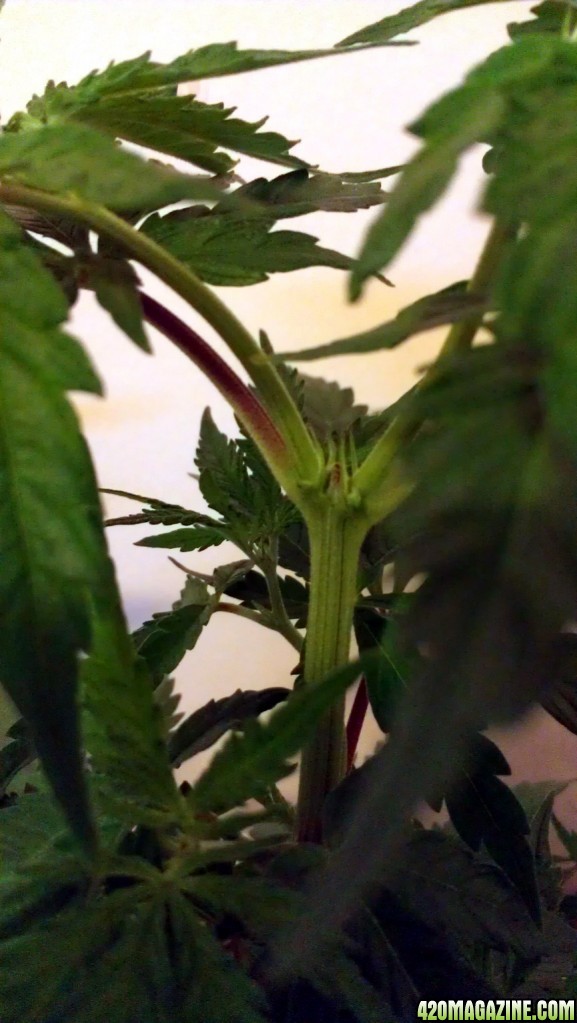 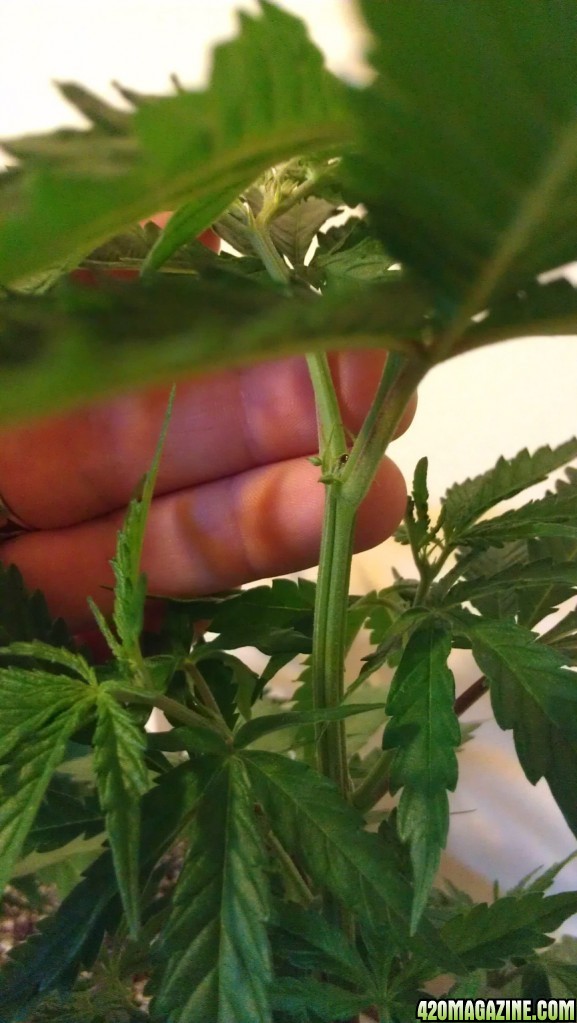 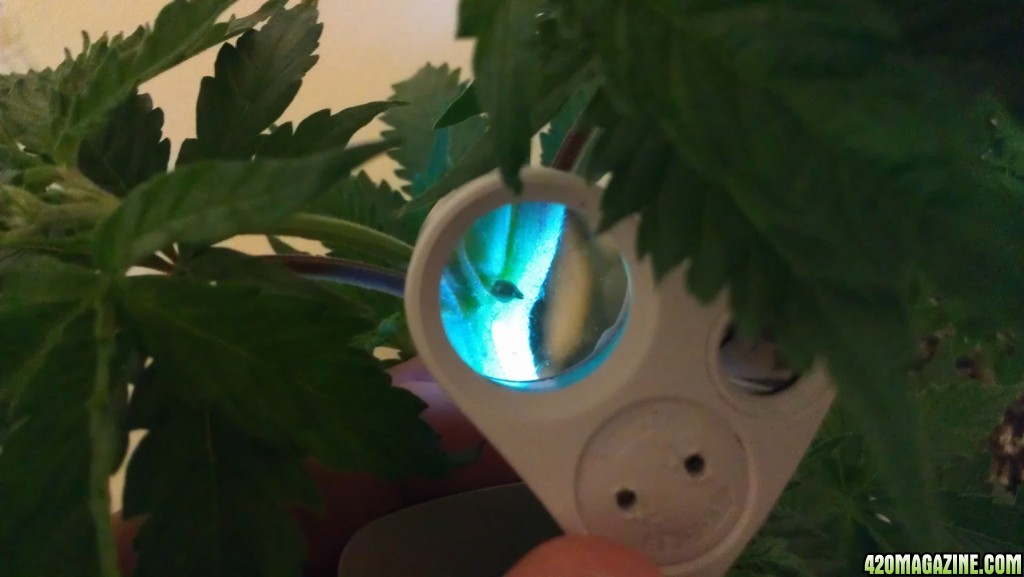 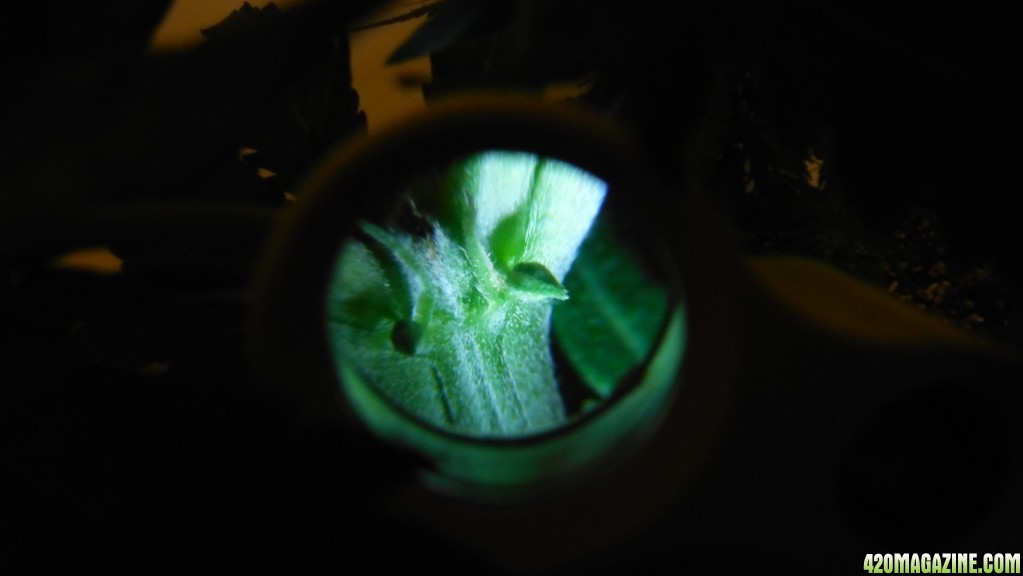 Subbed. Looks male to me also. Sorry. And girls in the bunch, if there is get him out asap
https://www.420magazine.com/forums/journals-progress/222389-first-grow-guidance-appreciated-2.html

Tezza (the male) has the traits of a man as well

Growing really fast, something that looks like male balls as well.

Might place into a separate growing cycle, 12-12 and see what happens whilst the others would be doing there normal things which is 20-4 lights
Signature time

Out of the 3 plants, one is starting to show it's sex, i hope. 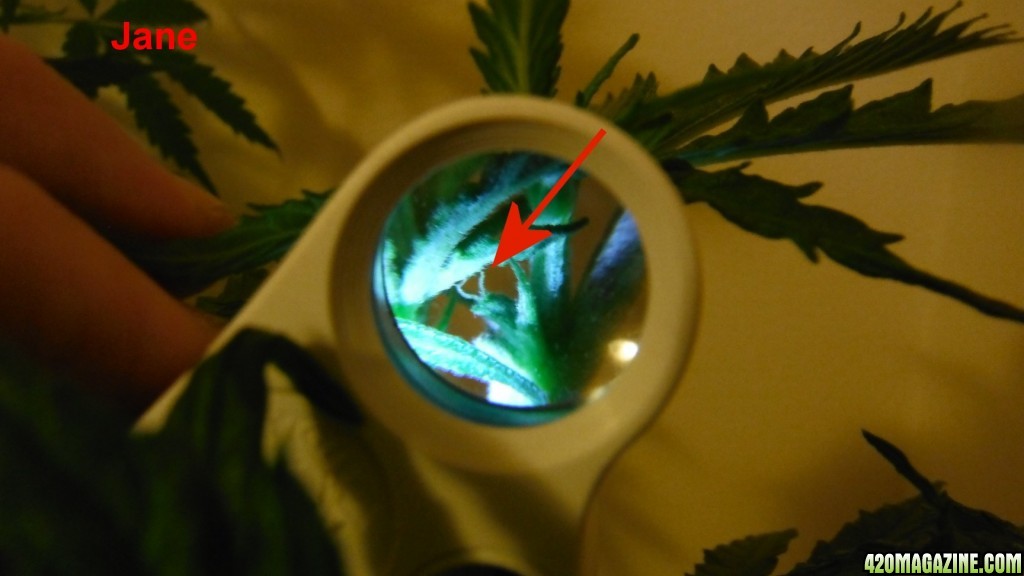 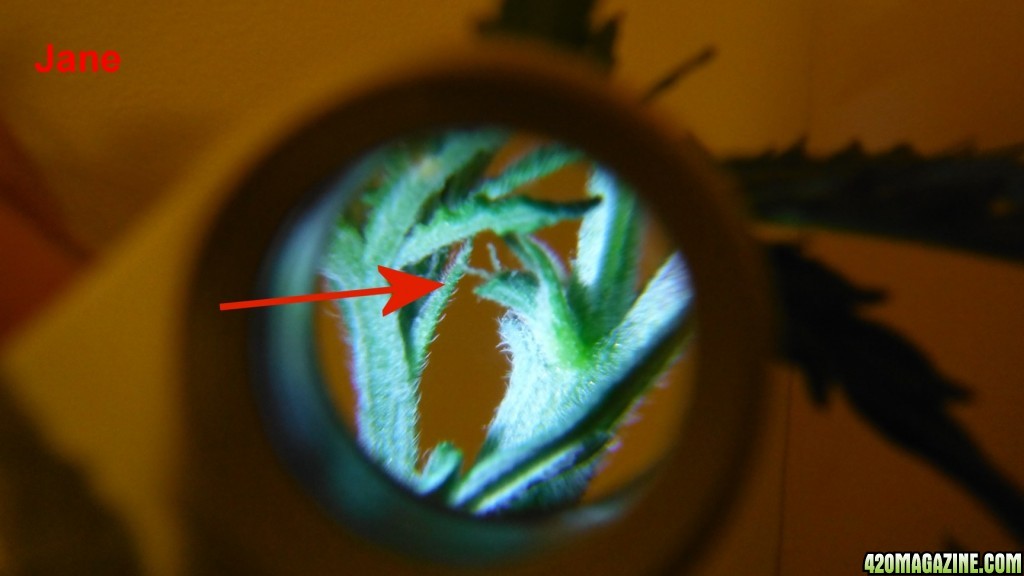 Now Tezza, the one below in the middle is the one i was thinking was a man.
It had possible male pre-flowers (only two on the top node) and i picked them off anyway.
Also looked like it could possibly be new growth but i picked them off

It also is in 12-12 flowering cycle and has grown so much in such a small amount of time.
Still not showing any definitive sex yet though so gonna keep up the 12-12 for now.

ALL plants were seeded and grown to the same conditions, other then the flowering stage which is currntly in its 5th day i think. 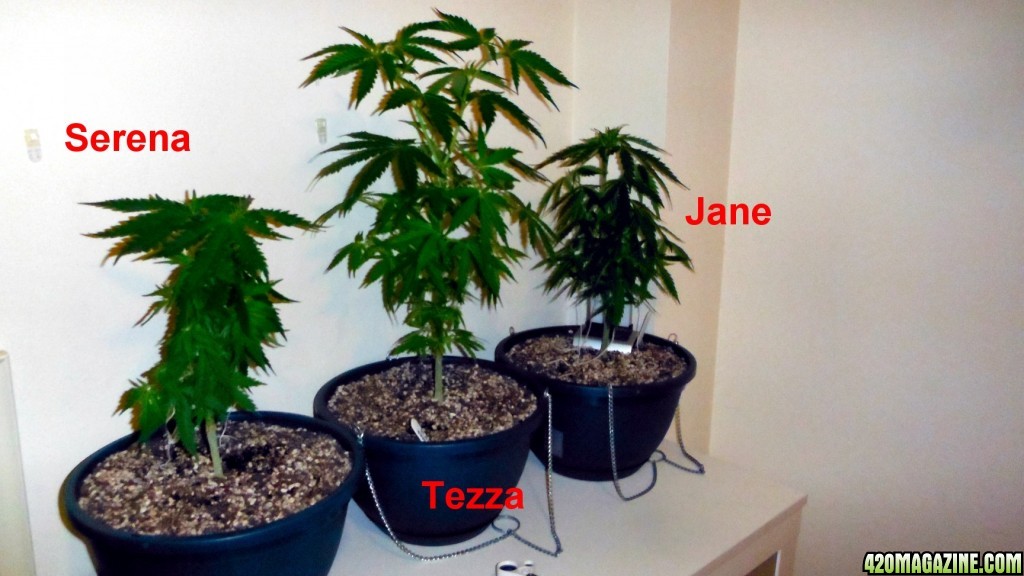 And also want to ask for advice on the below as well.
Both Jane and Serena were always a fraction smaller then Tezza (the middle one)
However they had hugeeeeee fan leaves and were stopping light from getting into the new growth in the middle of the plant
So i removed the large fan leaves except for the top and seems to be working as the leaves seem to be growing now along the nodes however the leaves are weird, not like the larger of the plants.

Question
The nodes stick out etc but the leaves seem droopy in a way, but slowly starting to straighten up but ever so slowly.
Is this normal due to lack of light during early development?
Also seem to smell a bit different from each other as well. 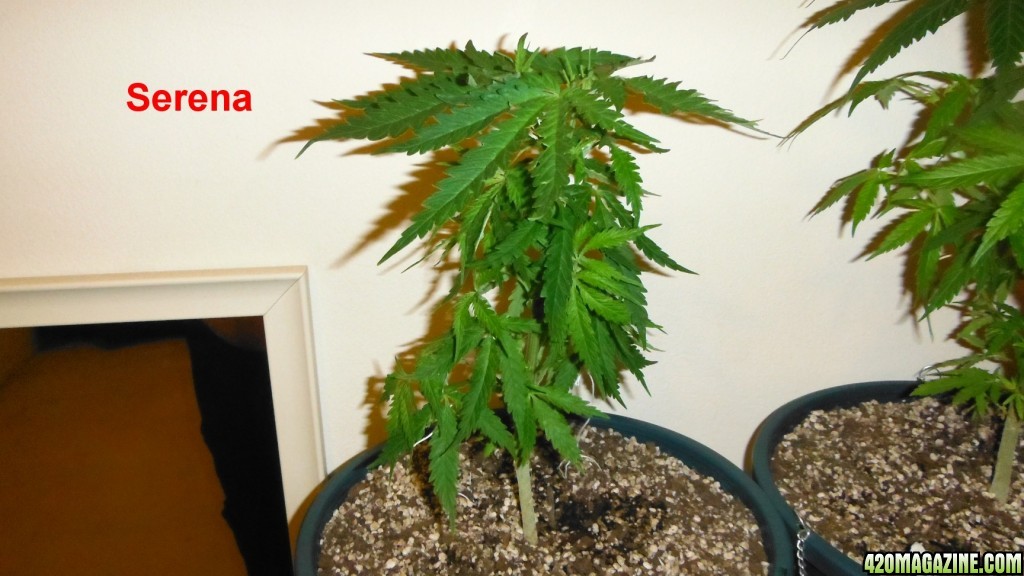 Below are some clones im working on from the large plant Tezza.
one looks droopy, other looks perky 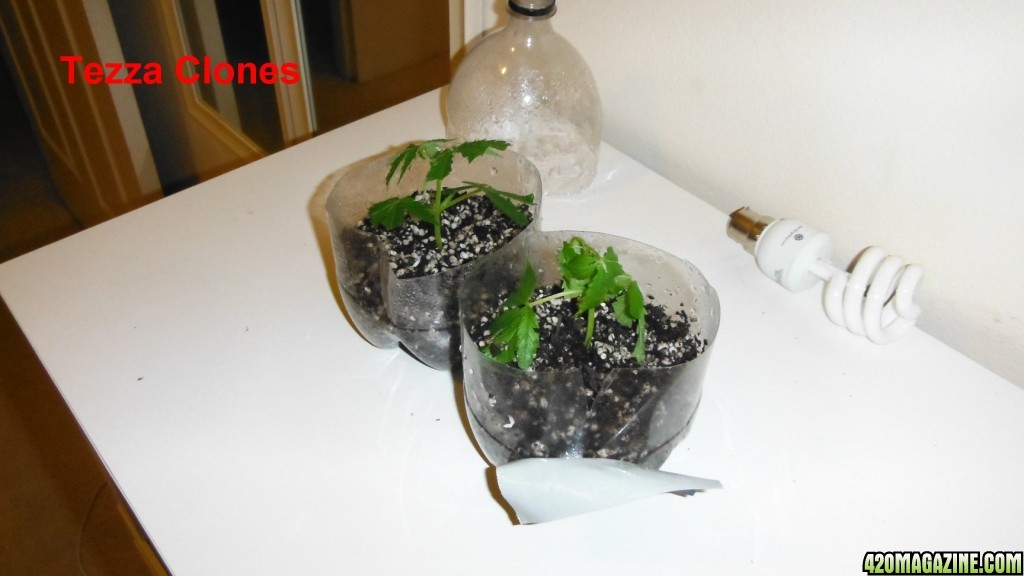 jane is def a girl mate

The Jane plant is definitely a female and now is cloned as of 3 days ago. Im very happy i have at least one female.
The Serena plant is still unknown but cloned that today anyway and under a flowering light on 18-6 cycle with the other clones.

As for the Tezza plant, leaning towards a male plant and ummmming and arrrring to let it pollinate and save the pollen to use at a later stage
Signature time

The Jane plant is definitely a female and now is cloned as of 3 days ago. Im very happy i have at least one female.
The Serena plant is still unknown but cloned that today anyway and under a flowering light on 18-6 cycle with the other clones.

As for the Tezza plant, leaning towards a male plant and ummmming and arrrring to let it pollinate and save the pollen to use at a later stage
Click to expand...


hey mate yeah tezz def a bloke mate, go to bunnings and get one of those mini greenhouses for $30 the greeney coloured one so you cant tell whats inside it lol chuck him outside as spring is upon us ,he will flower a little due to short daylight still but will revert to veg once spring is fully underway . then you can collect to good pollen during march/april and selectively pollinate just a few buds on the indoor girls for some good seed

Lil critters, dunno how i got them, but i got them and there werent many that i could see

So after reading up, Hydrogen Peroxide 3%, in 1part to 4parts water and spray along the base of the soil.

So hopefully sorted the issues. Dunno if they were already in the soil or somehow found themselves inside my place but they definately were around my pots. 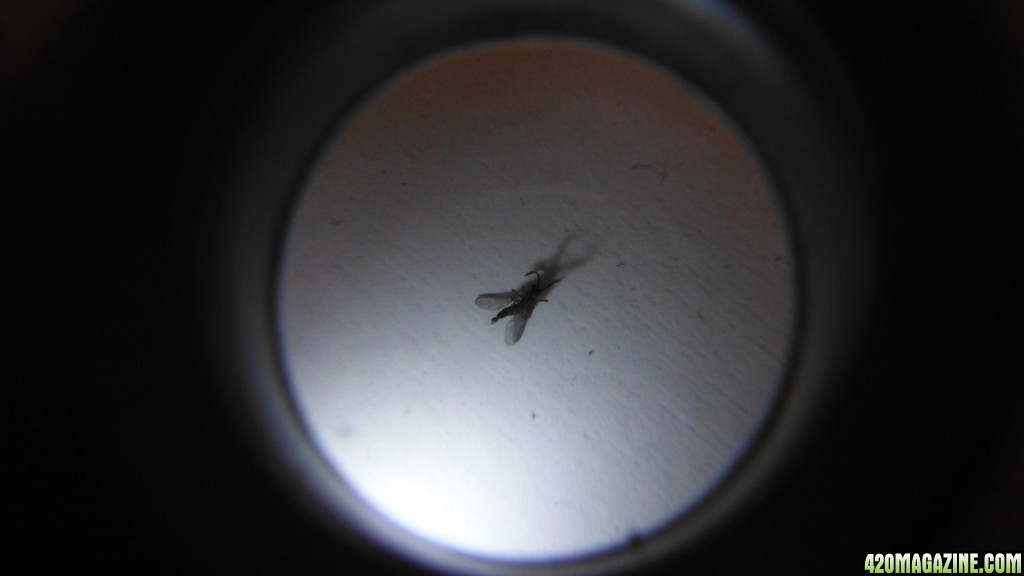 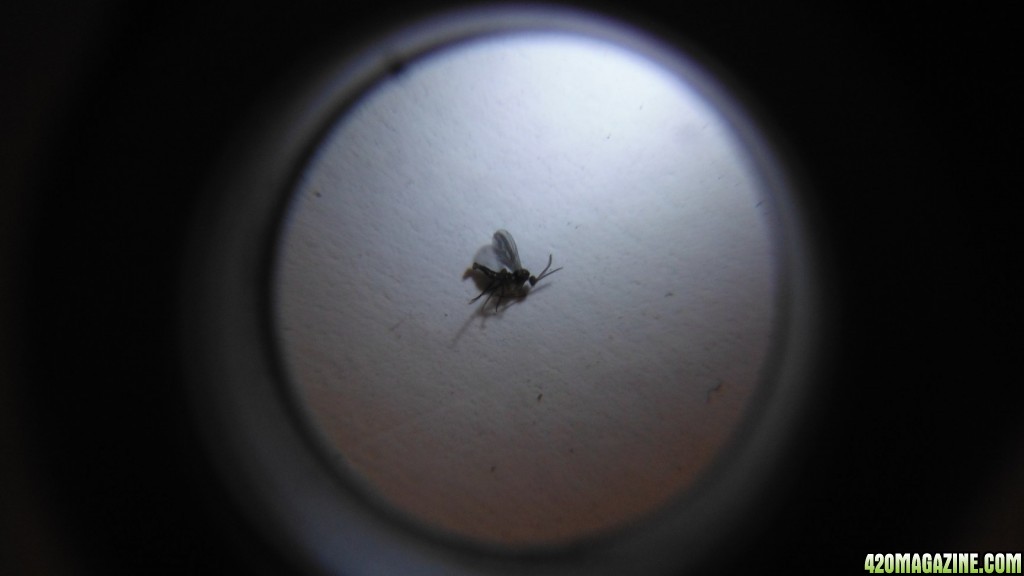 Unfortunately my grow was not successful.

For some reason, they didn't grow much more after the pics i showed last time, thinking PH issues which caused nutrient lockout which caused stunted growth which eventually led to their deaths.

At my current place, always had issues with aquariums yet my prior place was quite successful, so dunno whats causing it. Even though only suburbs away from my other place, this place just does not like me to grow stuff.

Also had an abundance of fungus gnats, little shits drove me crazy and whilst i won the battle with them, i overall lost my patience and desire and packed everything away and separated the perlite as much as I can and keep it in storage.

I have also had alot of financial shocks of late as well, career choices and alot of work stress in and also family issues but even though they are all sorted, growing was the least of my concerns of late.

Regardless, since I am now getting someone to move in with me as well, I have had to terminate any further growing
Simply, I can make more money from a flatmate and happiness then I can with my unsuccessful grows.

So thanks Indica Vet for your advice, and others but has come to an end.