I've been doing different tests to try and get the most rso possible out of the dank buds I've been using. I think buds are more medicinal than the trim people usually use. I've tried both and the effects of the bud rso seems to be a lot stronger. I've had the best results by grinding my cannabis into powder, then submerging it in 95% ethanol (everclear). I find that the solvent really doesn't matter all that much. I use ever clear because it's food grade. Then I slowly heat it up to the point it starts to boil. Then I let it sit for a day or two. sometimes longer but a day seems to be enough. Then I filter it using a coffee filter. I take the cannabis and wash it again with the ethanol to get any remaining cannabinoid rich liquid off the plant matter. Then I filter that. From there I do things pretty normally. I use a rice cooker, but I leave it all the way on till it stops bubbling. then I give it a few more minutes to make sure all the ethanol has evaporated out of it. I know some people who smoke it and I don't want to fuck them up. Some people say not to do that because they're afraid of burning it, but I've never had that problem with a rice cooker. I've never had this rso tested but it seems to be just as potent as usual, but you get more out it. It takes a little longer, but it's worth it. especially if you're using buds and not trim. I'm interested to hear if anyone else has tried a similar method or any other unique ways of doing it. My goal is to figure out the best rso recipe and share it with the world.

Let me point you to @Grandpa Tokin thread.

Solventless Extracts (Rosin) Pressed Here! Hello everyone, and welcome to Grandpa’s squeeze box. I’ve been receiving quite a few emails lately asking me about my extracts; specifically, about solventless, so I thought I would share exactly what I do again so everyone can see. This little...
www.420magazine.com
5 Bits of Indica Mega Crop-New420Guys (Current)
6 Clones Trifecta Organic (Completed)
How to water properly @Emilya
Think you need to flush...? Think again. @InTheShed
Supercropping @InTheShed
Topping, LST, and SCROG @TheCapn
Soil Building, Cloning, Transplanting @AdaminCO
Time to Harvest? @SeedsMan
Holding plants over in the dark? @AdaminCO
Washing and curing yer buds! @AdaminCO

zeroday said:
I still hate that its called RSO.....
Click to expand...

zeroday said:
Because its been around far longer than Rick Simpson.
Click to expand...

I'm sure it has but he still discovered it. He wasn't the first one but he is the one going around teaching people how to make it and spreading awareness, and doing research into its medical benefits. I think he's earned the name

zeroday said:
To me, @Grandpa Tokin has taught more. I think it should be called GTO, which also sounds better.
Click to expand...

LOL! I appreciate that, but RSO has done wonders over the years. The guy really is a genius. I just liked experimenting with extractions...mainly, until I found Rosin. RSO was a beginning start point for me.

I squeezed this Rosin yesterday. 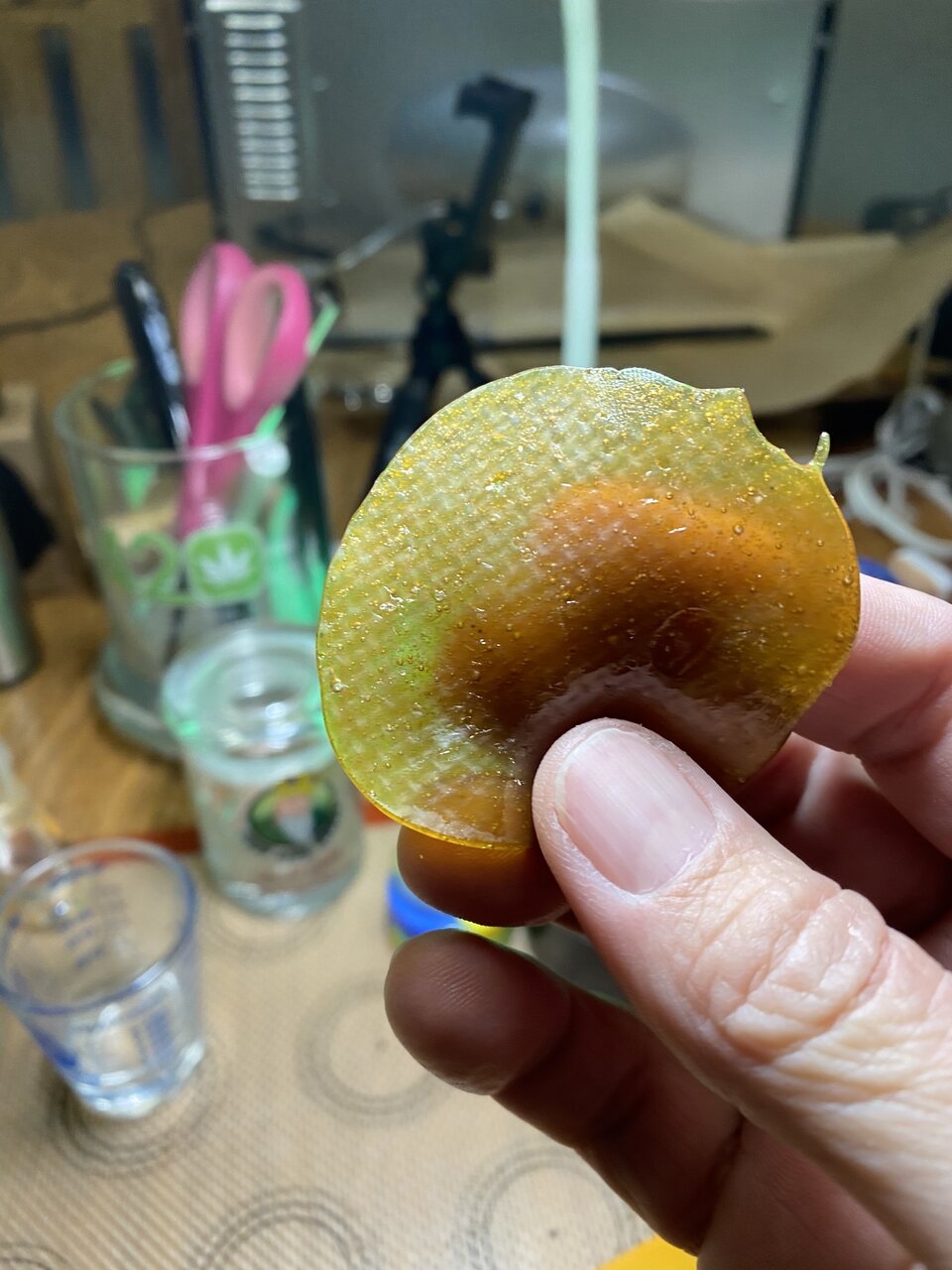 zeroday said:
Mmmmm…. I'd be so tempted to take a bite out of it!
Click to expand...

Haha! Dabber marks. It’s a snap-n-pull texture. I often do decarb it and put it in capsules/edibles though.
Grandpa Tokin’s Perpetual

Grandpa Tokin said:
Haha! Dabber marks. It’s a snap-n-pull texture. I often do decarb it and put it in capsules/edibles though.
Click to expand...

Do you guys know anything about trichomes? Can they form loops?

zeroday said:
I know of trichomes, but not sure what you mean about loops? Do you have any context to provide? Don't mean that to sound obnoxious in anyway. Simply very curious as usual!
Click to expand...

here's a picture. it's the clearest one I could get. sorry about the watermark. got this copy off my Instagram 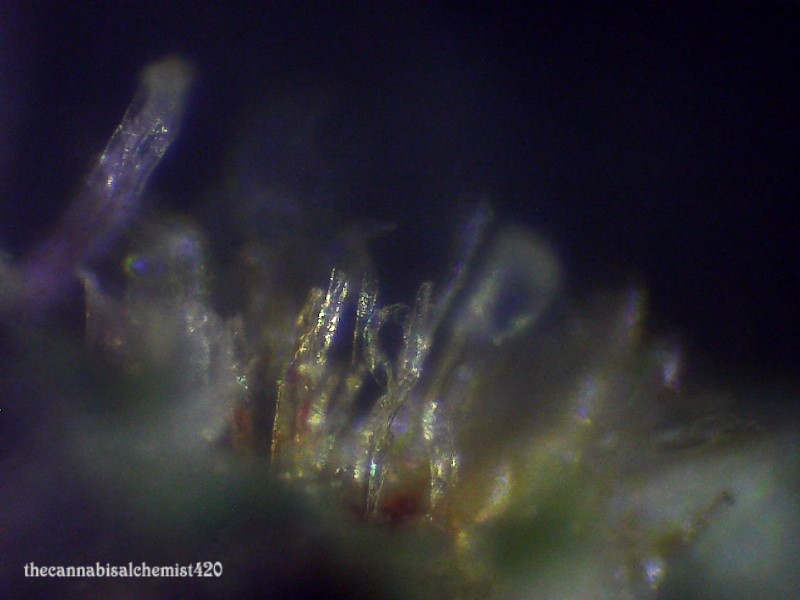