Hey guys, grow Journal for Arjan's Haze #3. I tried a grow a number of months ago but a week or two into flowering it died (I made some mistakes including not having enough lights, I've got 500 watts now instead of 250) I'm growing only 1 seed and general info on what I'll be using etc-

Soil: Plagron batmix
Seed: Arjan's Haze #3 feminized seed
Lighting: Two 125 watt fluorescent lights and one 250 watt fluorescent light so total 500 watts. (note the lights are 2700k for both veg and flowering as I broke my 6400k light)
Fert: Veg- I'm not sure, I might not need any, maybe just baby bio or somethng. Flowering- Ionic Bloom

I'm probably going to try switch to 12/12 lighting kinda early. At the moment I'm using 24hr for veg. Including the time it took for the seed to germinate (about 2 days I think) I've been growing this for about 2 weeks now, I might have missed some stuff but here's some pics from today, I think it's going pretty well so far :1: 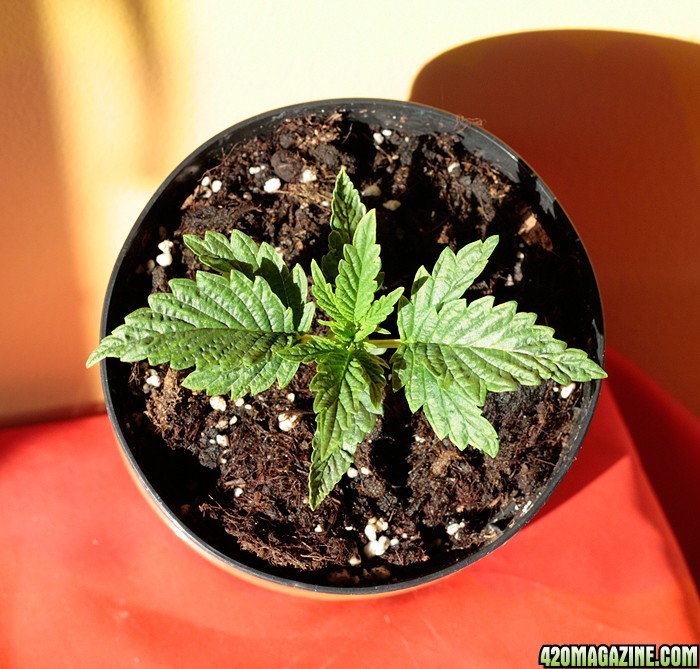 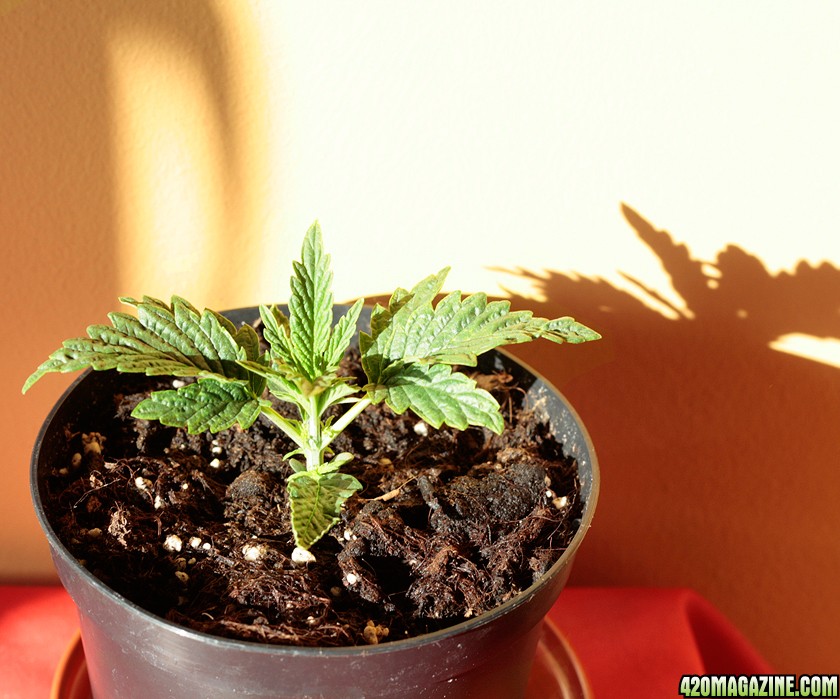 Very nice structure.
I'd have to say, 2 weeks in, you're off to a great start!

Thanks guys :] I'll try to keep updated regularly. I could probably take a pic everyday if anyone's interested, but that might be a bit pointless well seeeeee
C

Looking like you are having a great start. Keep up the good work!

next day, a couple of pics from today, just a little bigger. although the leaves are quite a bit of a different shape to the last Arjan's Haze I grew, the other plant had thinner leaves and these ones are wider and stuff i dunno if that's normal with all strains. anyway I'll be transplanting tomorrow 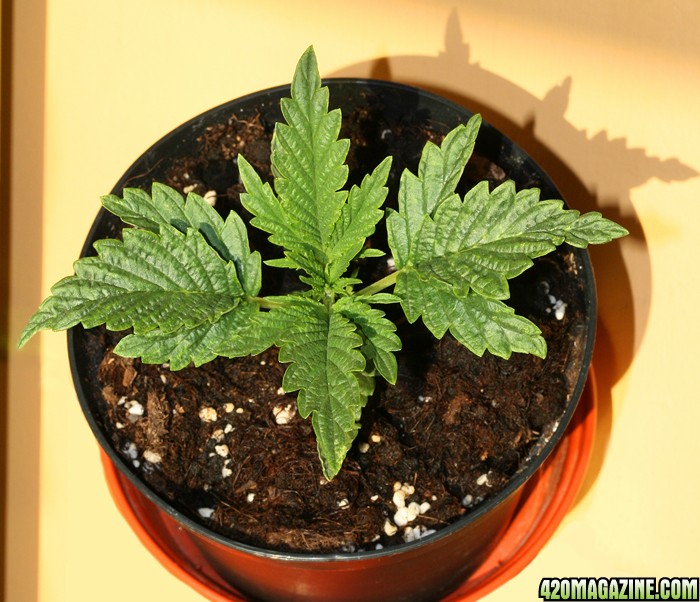 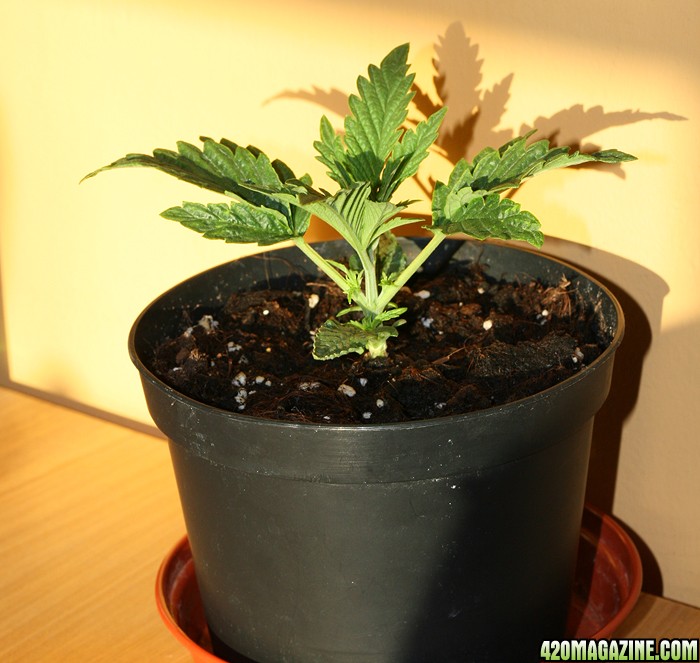 ok moved into bigger pot today, didn't have enough soil to fill it but it's a pretty big pot so it should be enough 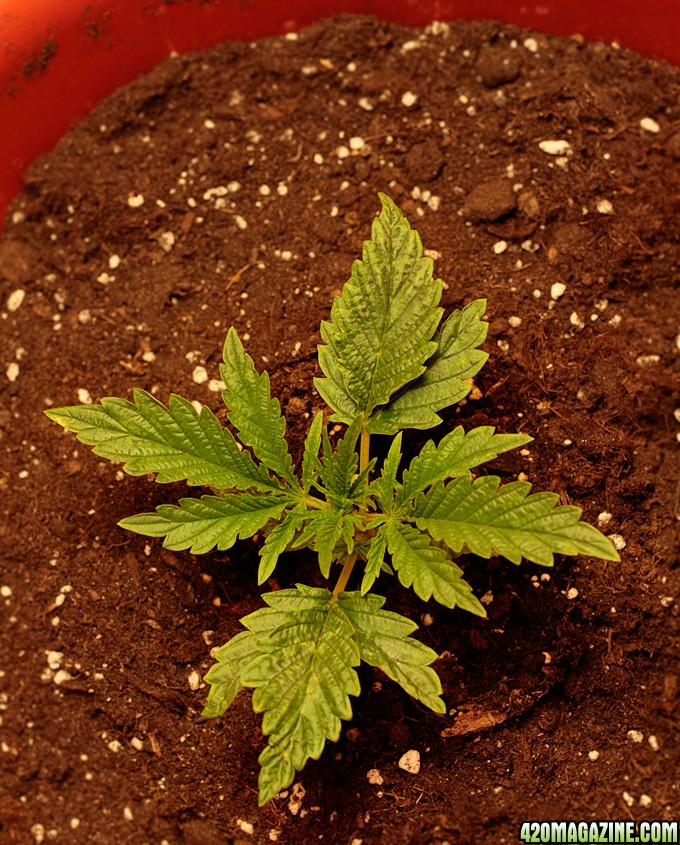 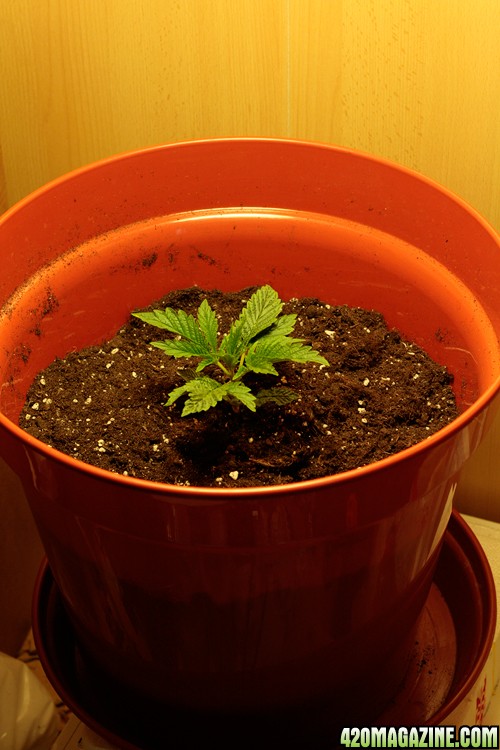 I'll tag along with you and watch how this will turn out to be a very successful grow for you.

2 pairs of leaves show some kind of burn, not sure what, I haven't done anything to the plant yet regarding feeding etc. it's pale yellow coloured and the leaves feel crusty. it's probably either soil PH or I read somewhere before that the soil i'm using can cause nute burn because of having too much fert already in it i think?

my PH meter is kinda messed up and seems fairly innacurate but i think my soil is around the 7PH level, maybe slightly lower. anyway i'm just gonna leave it. Last time I screwed up too much by trying to get the soil/water ph levels perfect etc. and probably would have just been better if I left it alone 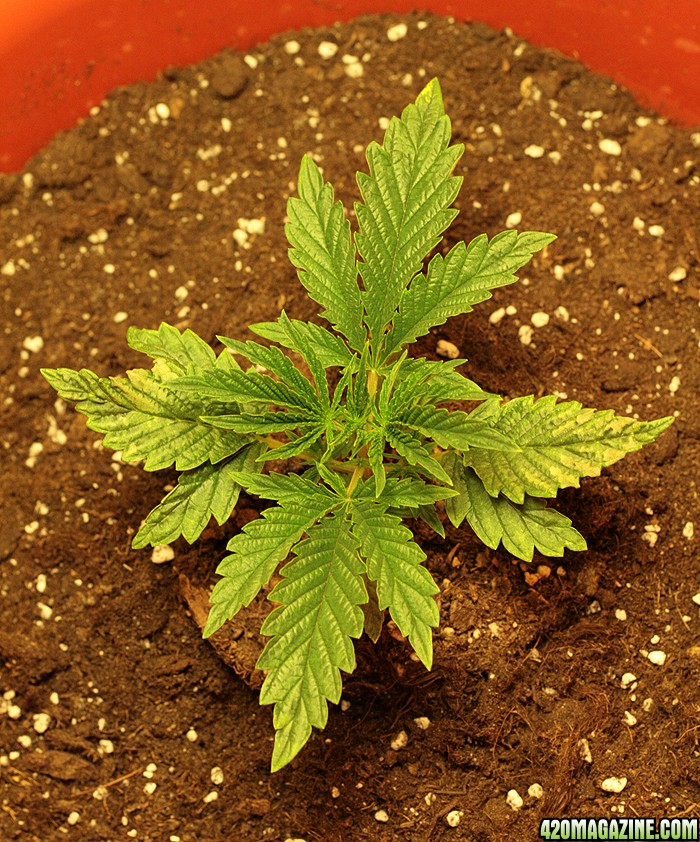 Hi Guys, looks like the leaves are starting to say haze. Happy for ya AndyLT!
Stay Safe and Much Luck.

You really know how to take good pictures. Nice job.

thanks i do a lot of photography and stuff :1:

ok pics from today- the burn kinda thing that was on the two sets of earlier leaves seems to have stayed only on them, the new growth so far looks fine. the growth and stuff on this plant looks more impressive at this stage than my earlier two grows. it has more of the little brances growing around the main growth (forgot what they're called) and it looks more compact and hasnt stretched early on despite using a warm flowering light instead of the veg light 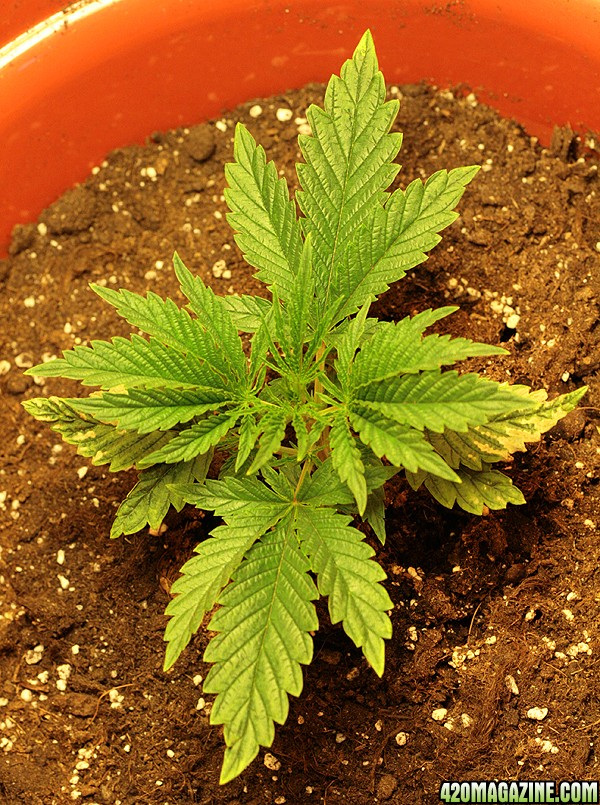 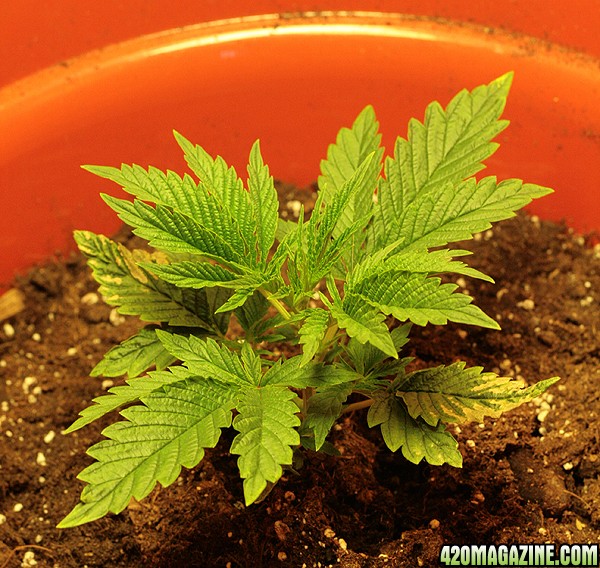 Hi AndyLT, hoping ya got a winner!