Starting this journal to just cover the progress on the nukeheads nukedaddy strain as well as 2 mystery seeds that were shipped with my seed order.

so one day i decided to go onto the NUKEHEADS site and see if they had any new strains out there which they did. saw that they had crossed the nukeheads with the ken estes gdp! so what did i do i bought 5 nuke daddy seeds and received those bad boys with in 3 days! also got 4 extra mystery seeds along with the order which i thought was pretty rad. thanks again nukeheads!

i will be growing these seeds in an ebb and flow system as well as a couple of potted containers. seeds will be having there tips cut and into a cup of ro water with sum roots excel gold and sum z7 phd to 6.0. after they have sunk to the bottom in about 3-4 hrs. i will be placing into a damp paper towel and into a dark area they go. id say for about 12hrs till they pop a tap root. after that they will go into root riot peat moss cubes and into the dome they go till they sprout and develop sum strong roots. after that we will be placing into our hydrobay 5x10 grow tent.

inside our veg tent we have a 2x2 flood tray in the mean time were we have sum nukeheads chemdawg and headband clones i cut about 2 weeks ago. they are all in home made red solo cups with shitload of hole thru them lol. didnt have enough 3in net pots lol. the chemdawg and headband clones will be moved into the flower tent in about another 2 weeks for sum righteous nugs to be grown i hope lol! i also have sum clones also from nukeheads in the dewey misters those are nukeheads, blue dream, la con. the flood tray is filled with hydroton to cover the roots. tray is flooded every 3 hrs for 7min intervals. we will be getting a bigger flood tray here in a few day to alow more clones to be grown. the resevoir is a 12 gallon hd tote modified. with 2 250 gph water pump and also a ridiculously big water chiller 1/4hp i know way to big for the res. just or the mean time till we get a 55gallon res.

as for the flower room we will be running the same setup with a 3x6 flood tray with a 55 gallon hd tote for res. as well as 2 400 gph acctive aqua pump with a 4 outler air pump with 4 medium air stones for sum great nutrient oxygenation. i will be posting pics here shortly on my nuke daddy seeds and nutrient line up as well as pics on the veg room and bloom rooms. oh and almost forgot about the cob build we will be havin for the bloom room so stay tuned 420 fam!
Frank's Second Time Around - Ebb & Flo
Fsanti's NukeDaddy - COB LED W/QBS Grow 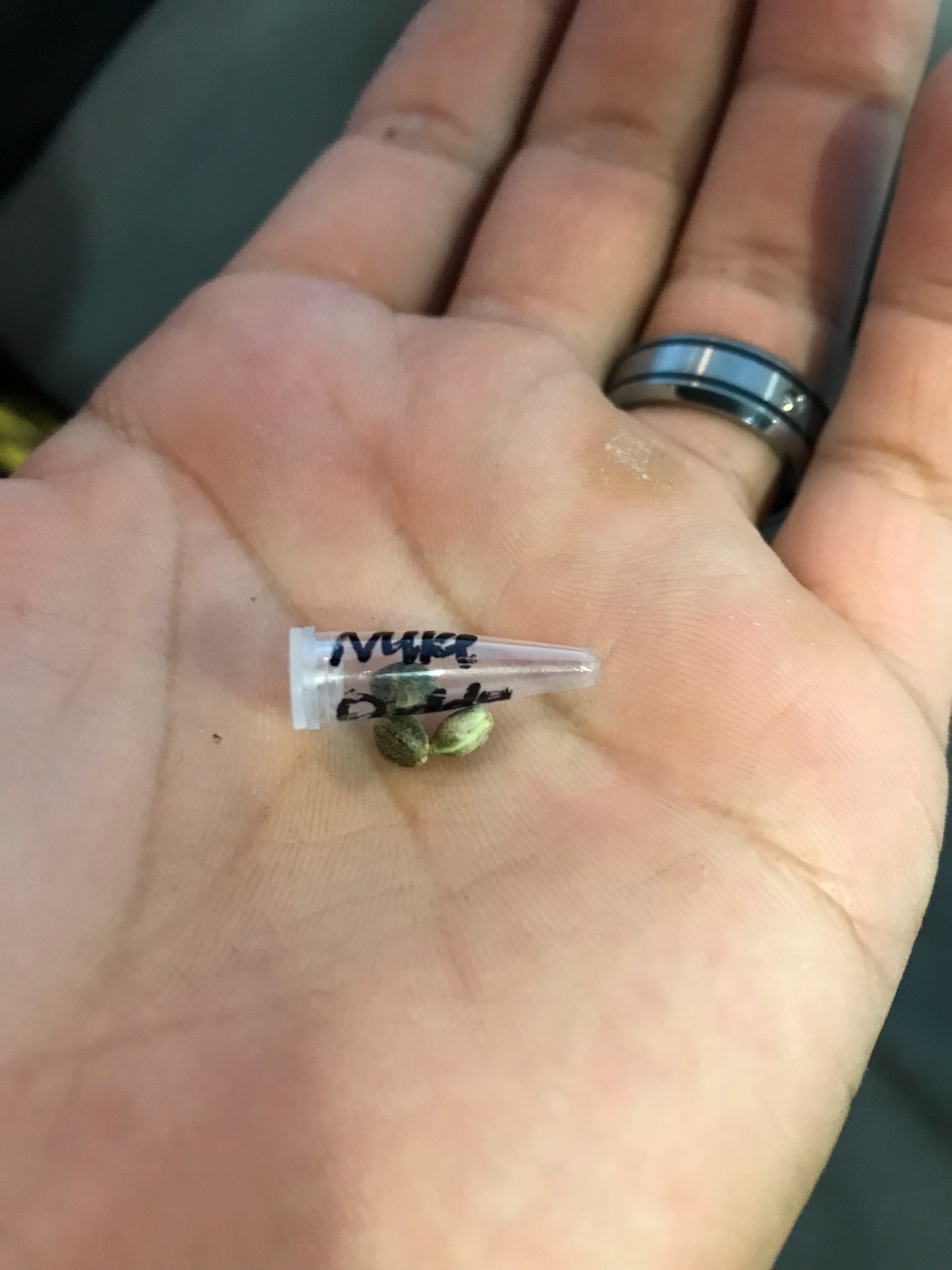 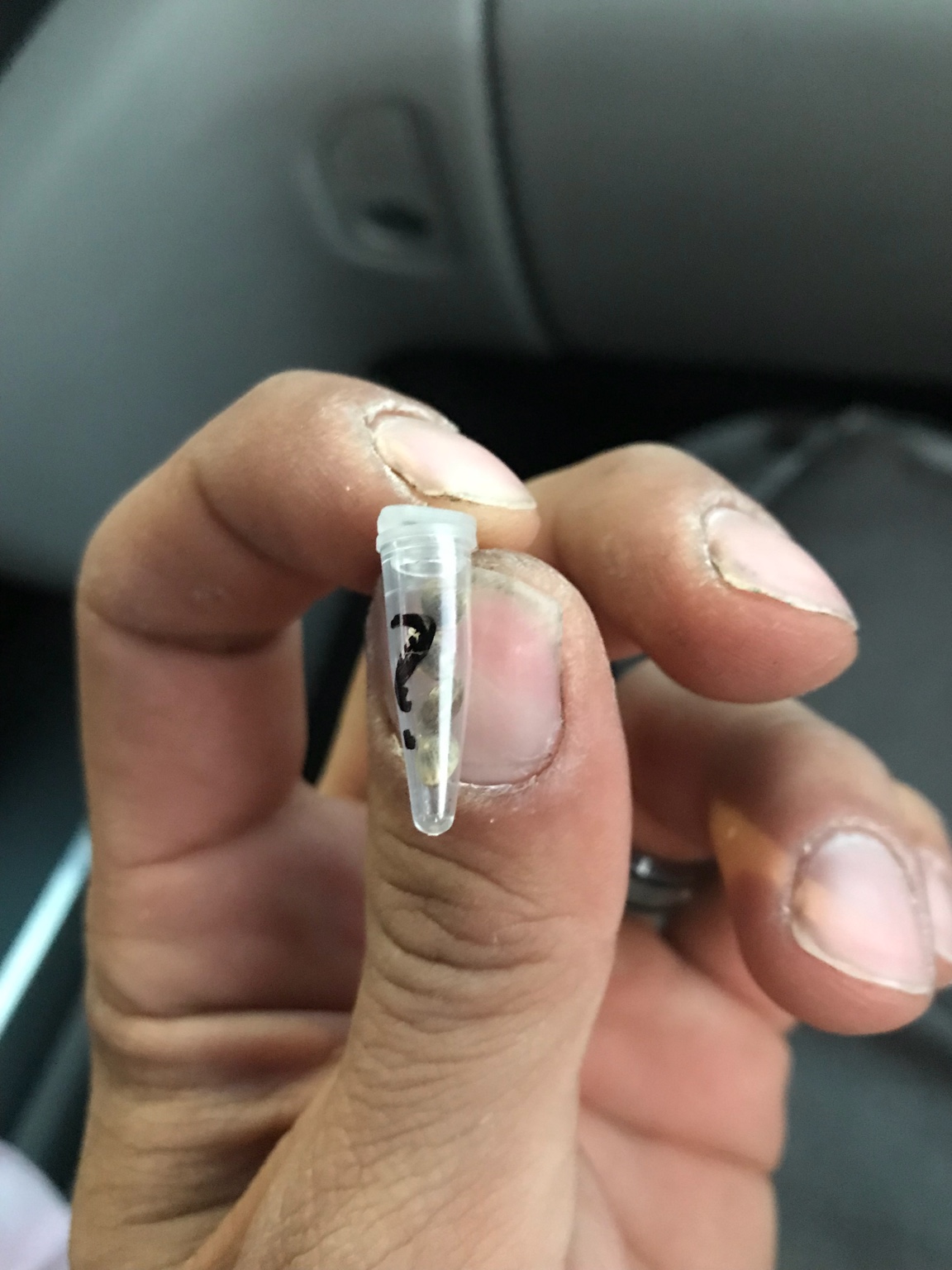 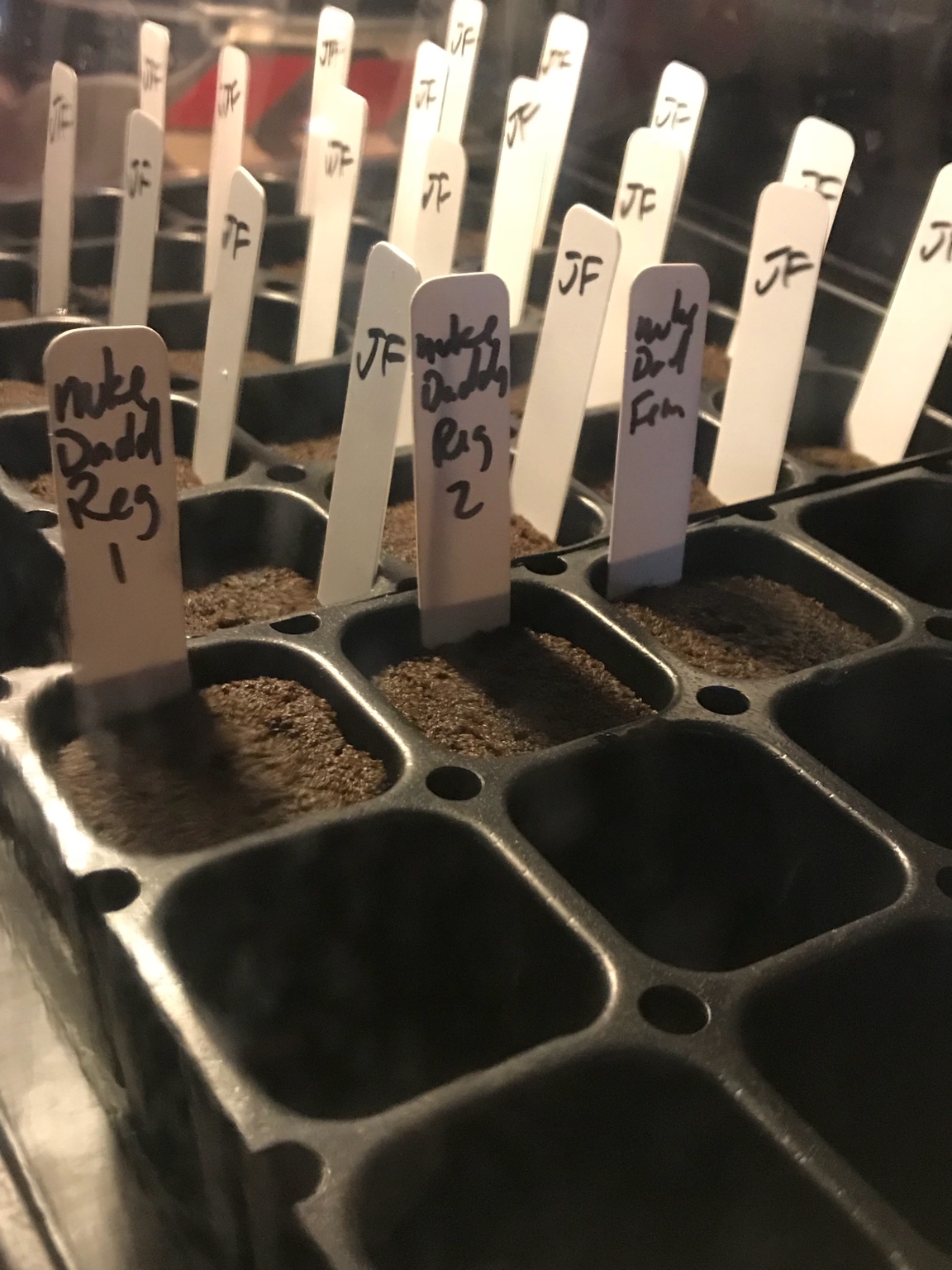 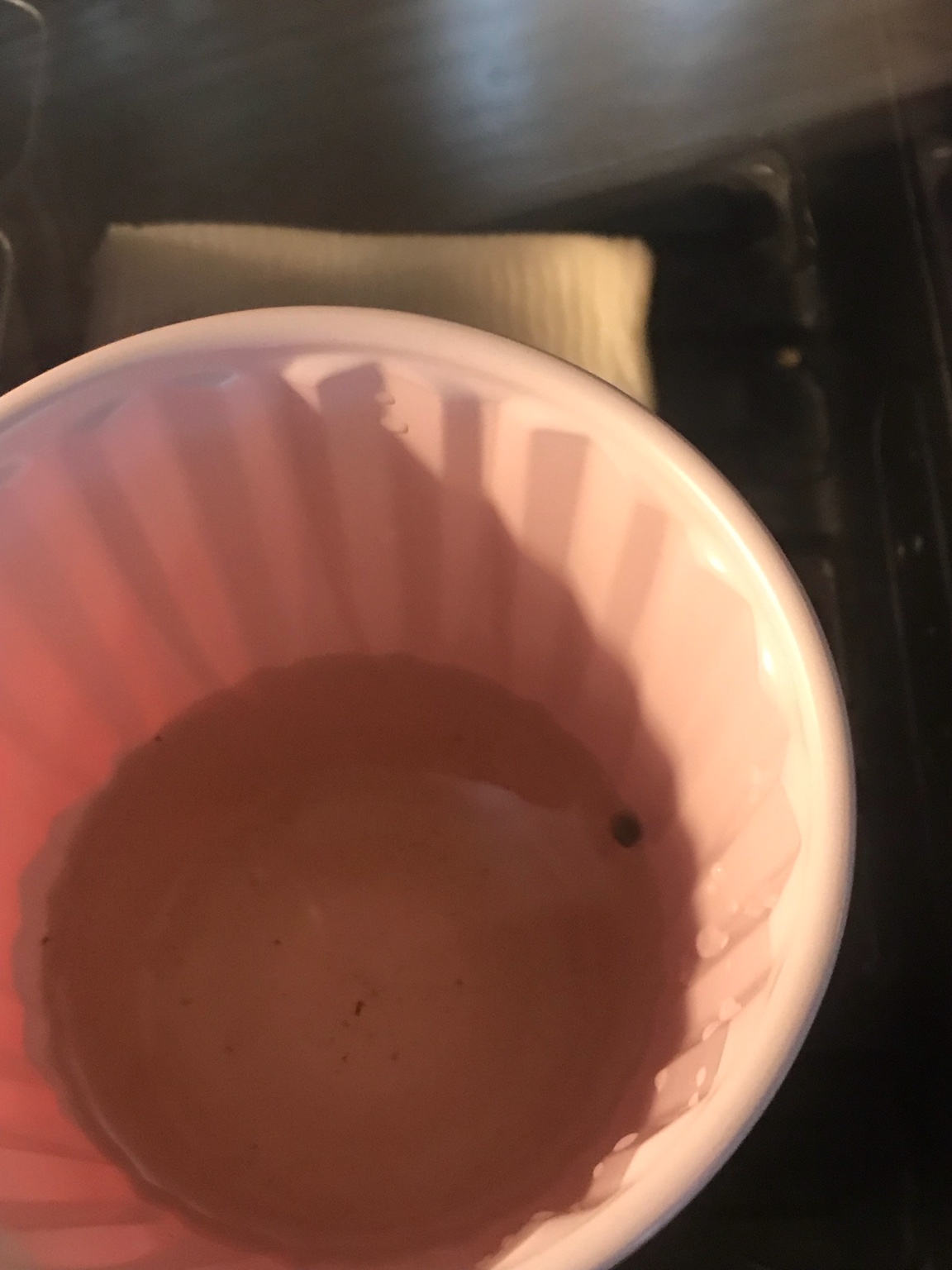 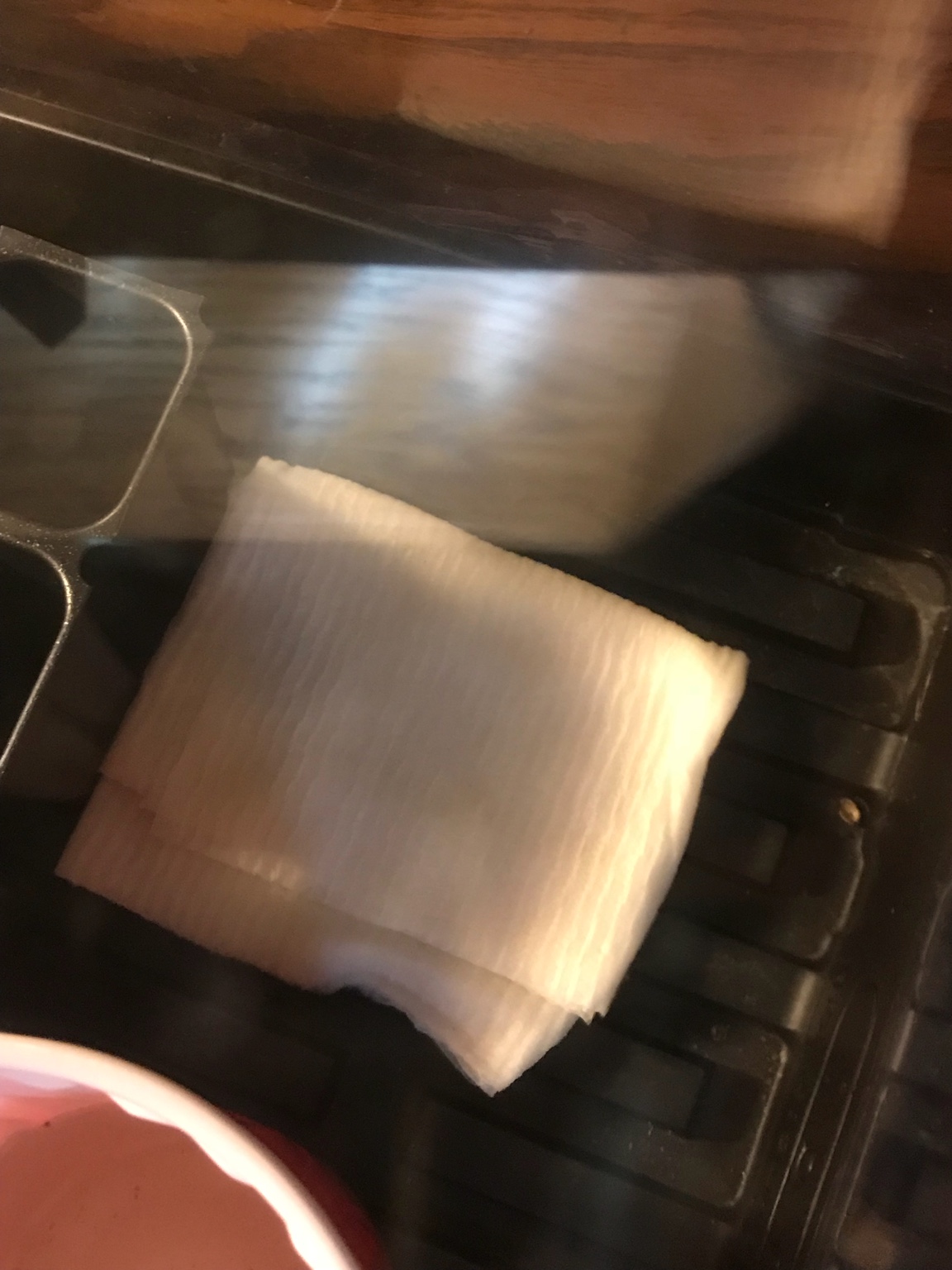 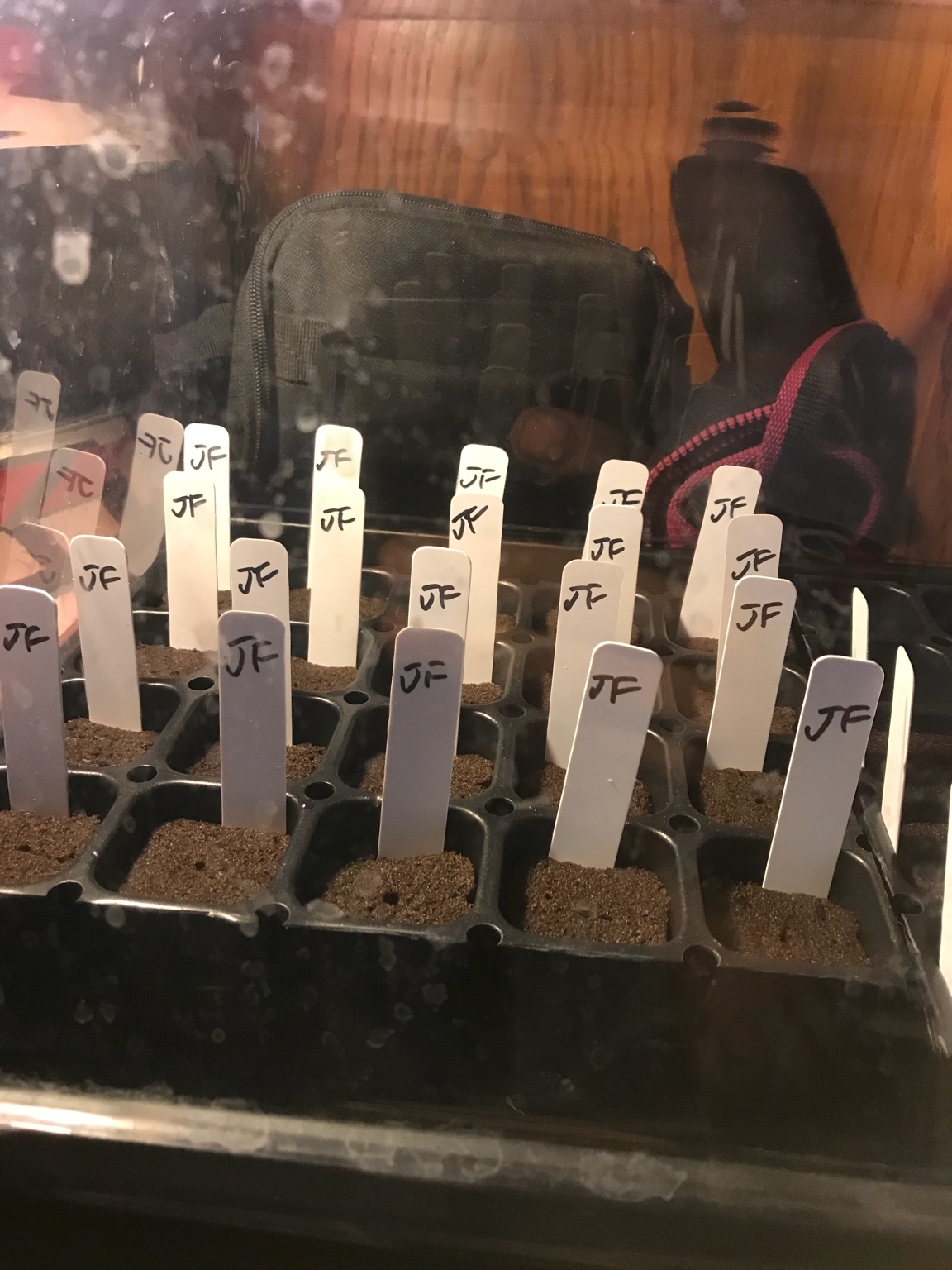 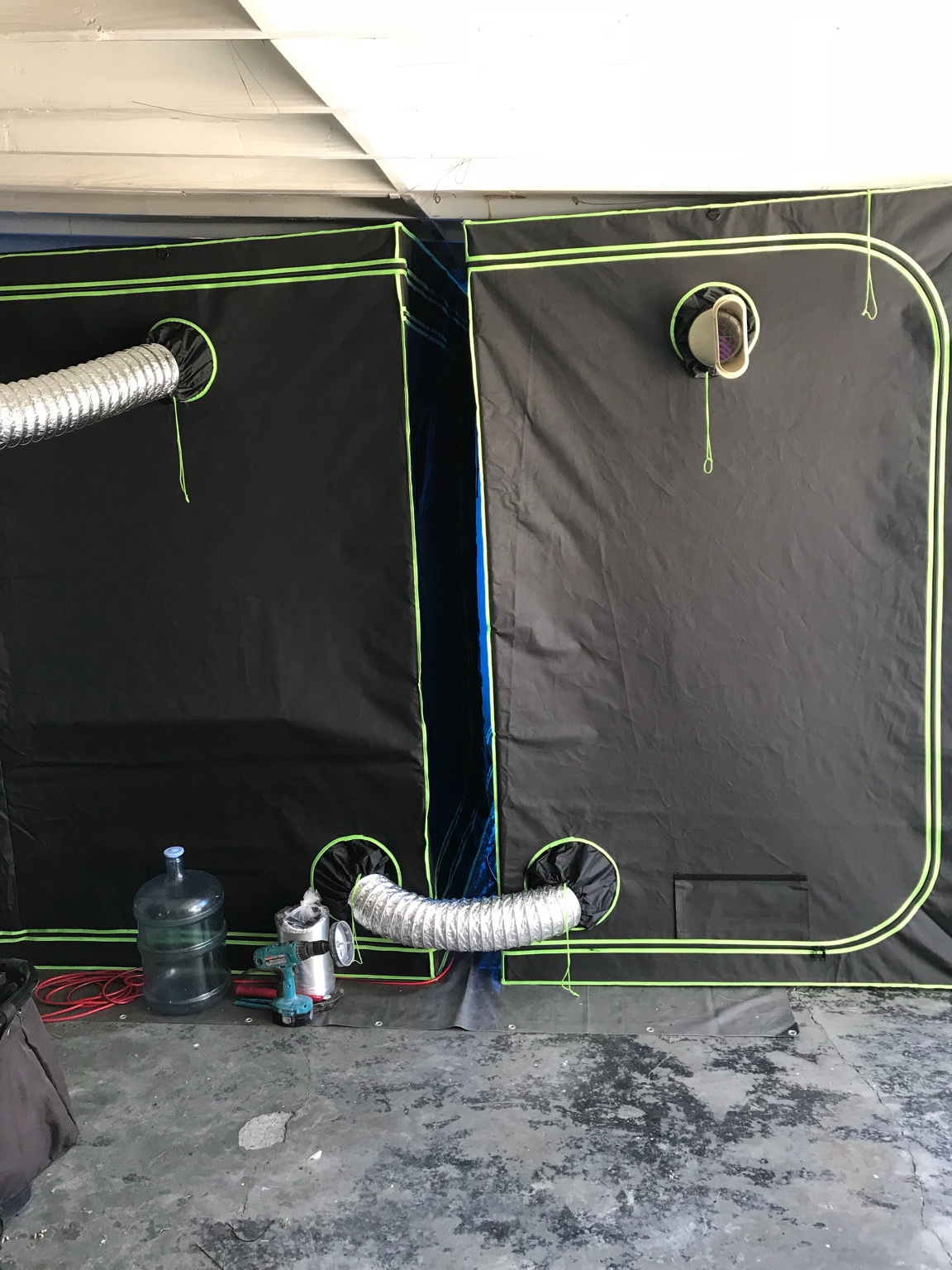 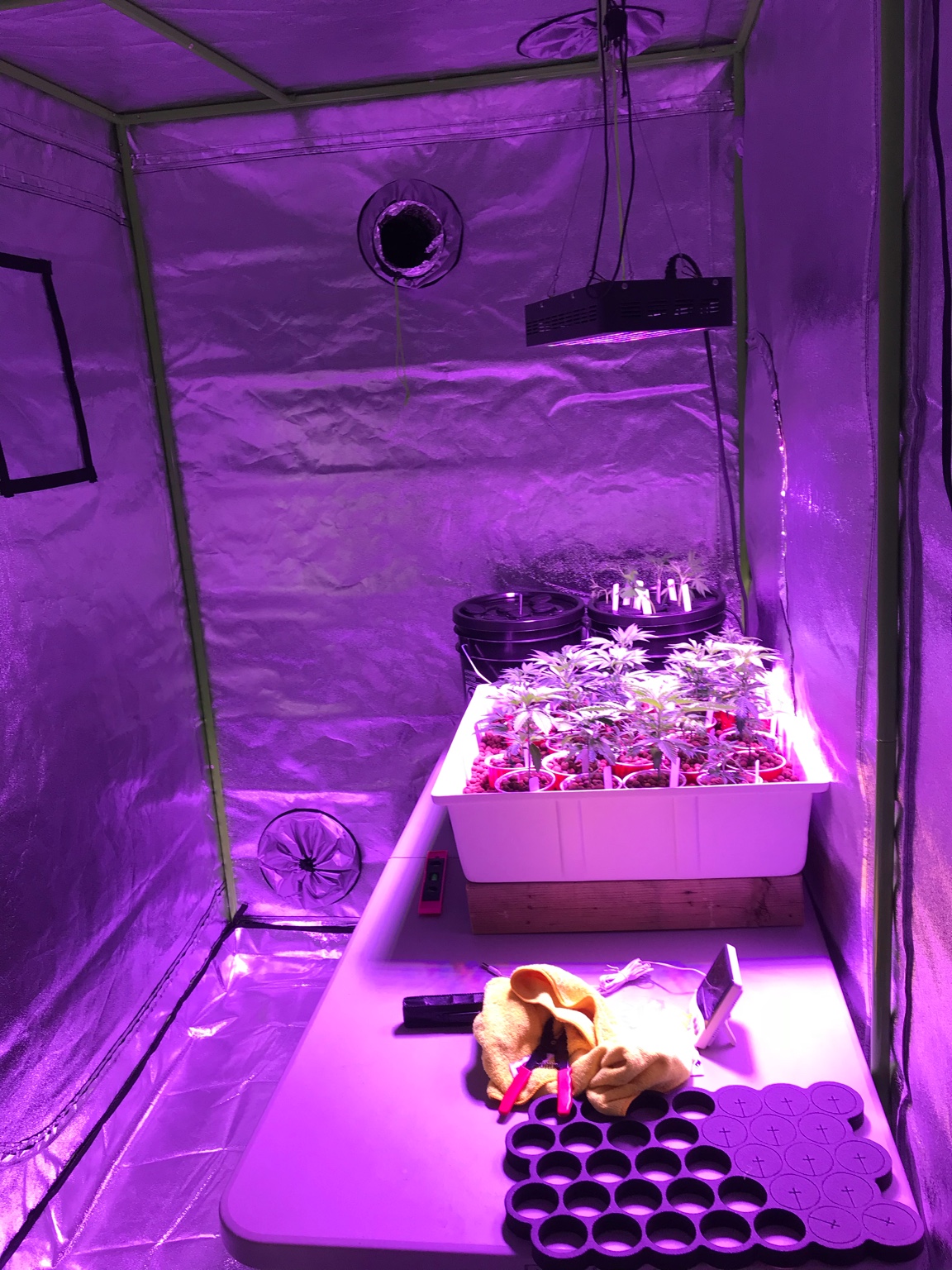 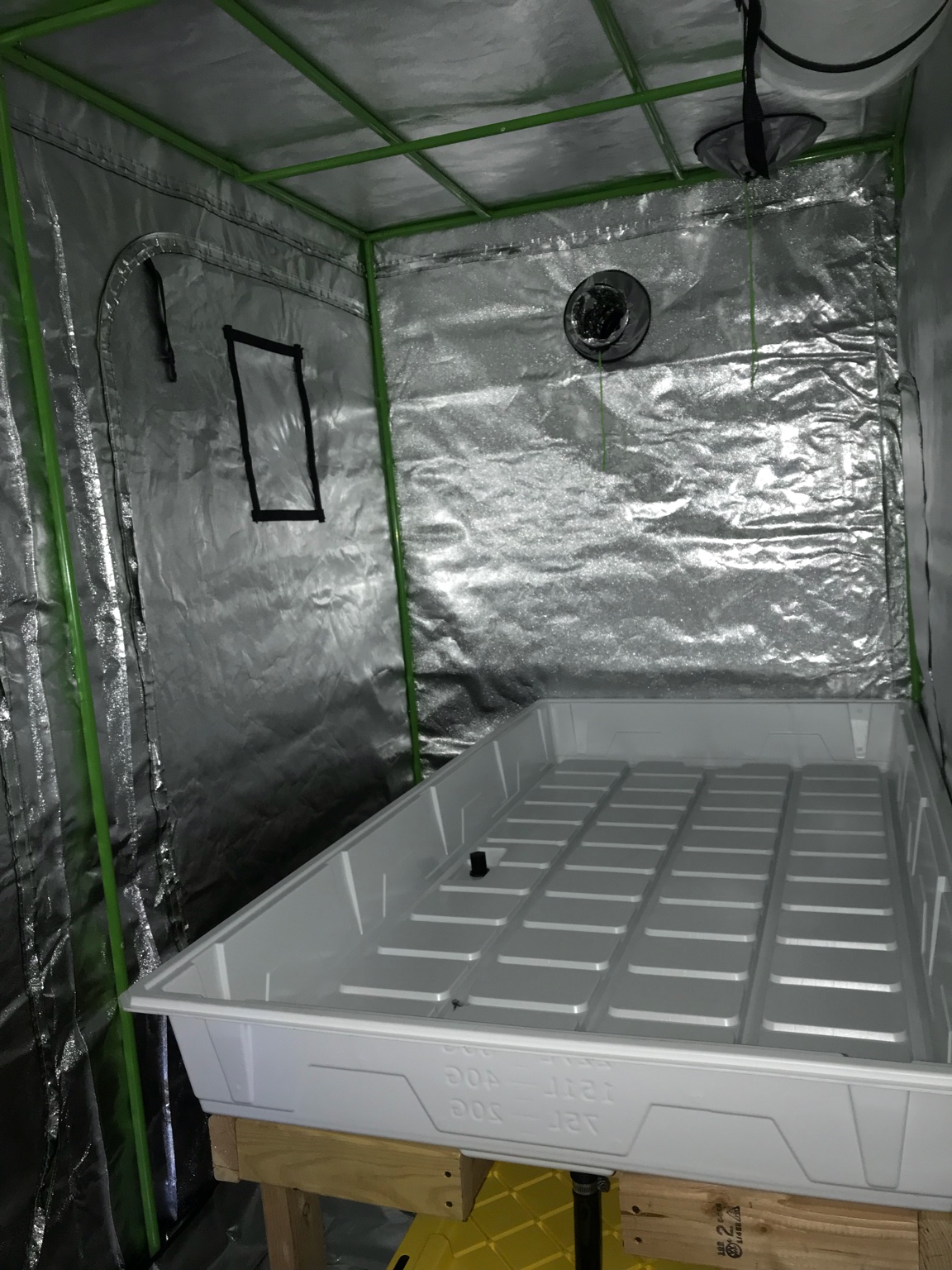 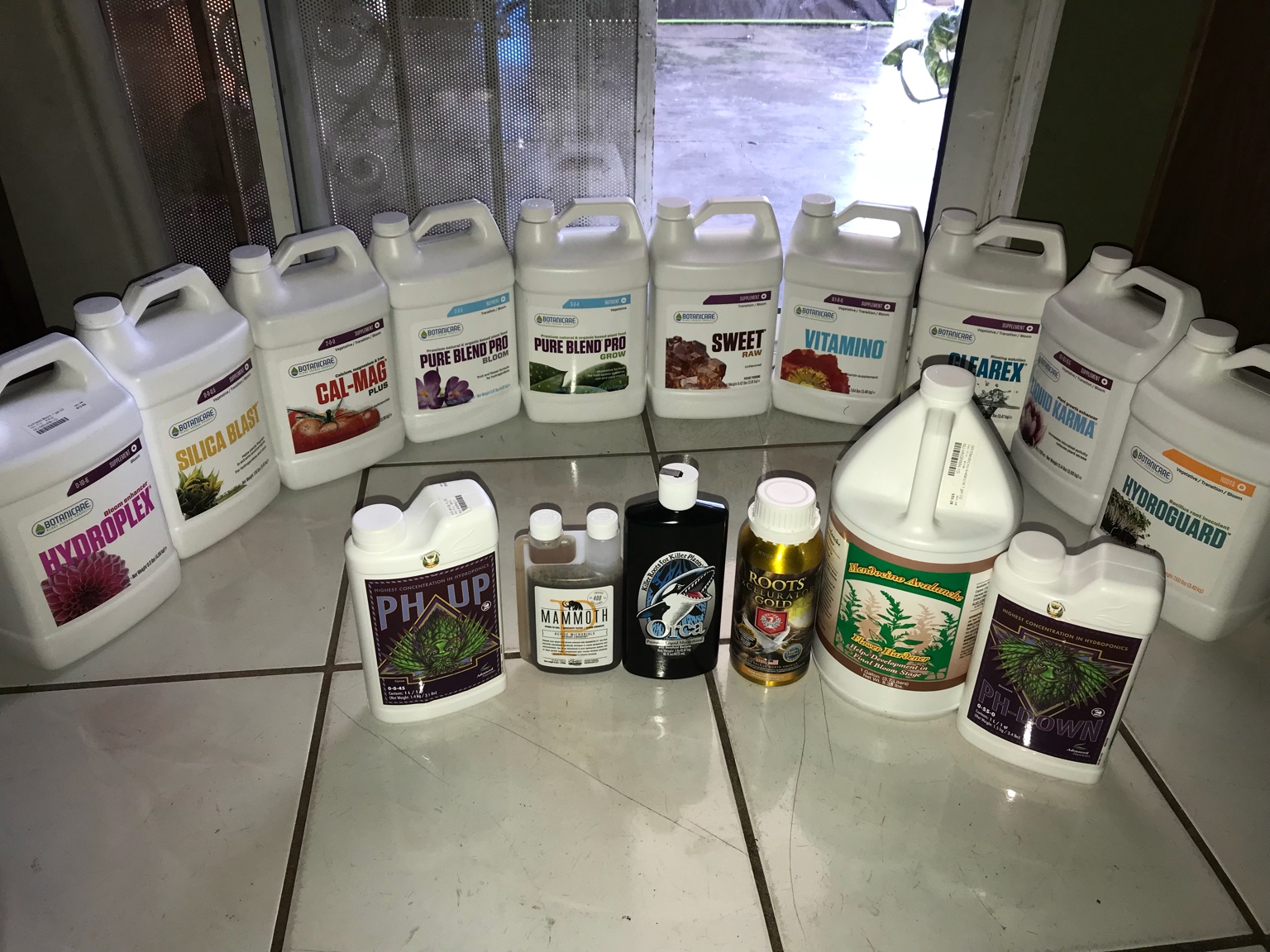 Almost forgot I received a nice amount of jet fuel seeds. From a good friend so popped those tap roots on them in about 12hrs. I've had the strain already and I personally liked it not to heavy great smoke for getting shit done around the house lol. I believe my buddy said it's a hybrid strain sour diesel x sfvog formally known as g13.
Frank's Second Time Around - Ebb & Flo
Fsanti's NukeDaddy - COB LED W/QBS Grow

Alittle update on the grow tents.
Inside temps hit around 110 killing my clones in my Dewey's but the other stayed strong. Was able to figure out a way to cool the tent down by making a little box/ booster out of cardboard a 3way and sum tape. Placed my ac inside the house and routed sum ducting to the tents. Surprisingly got the tent temp down to 80degrees. Lol worked out pretty well with this heat wave rolling in out here in SoCal! Hitting 105 at the end of October? 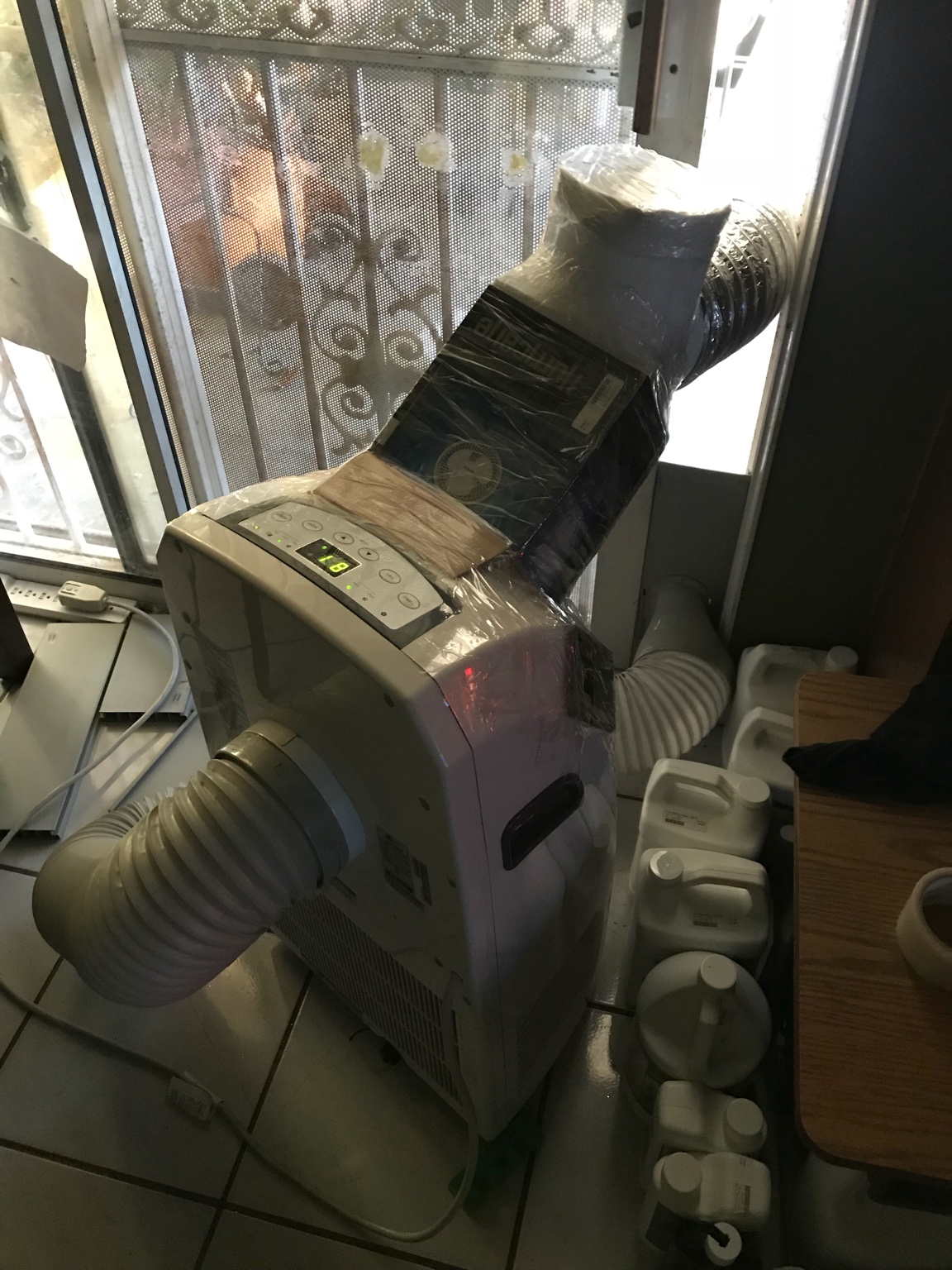 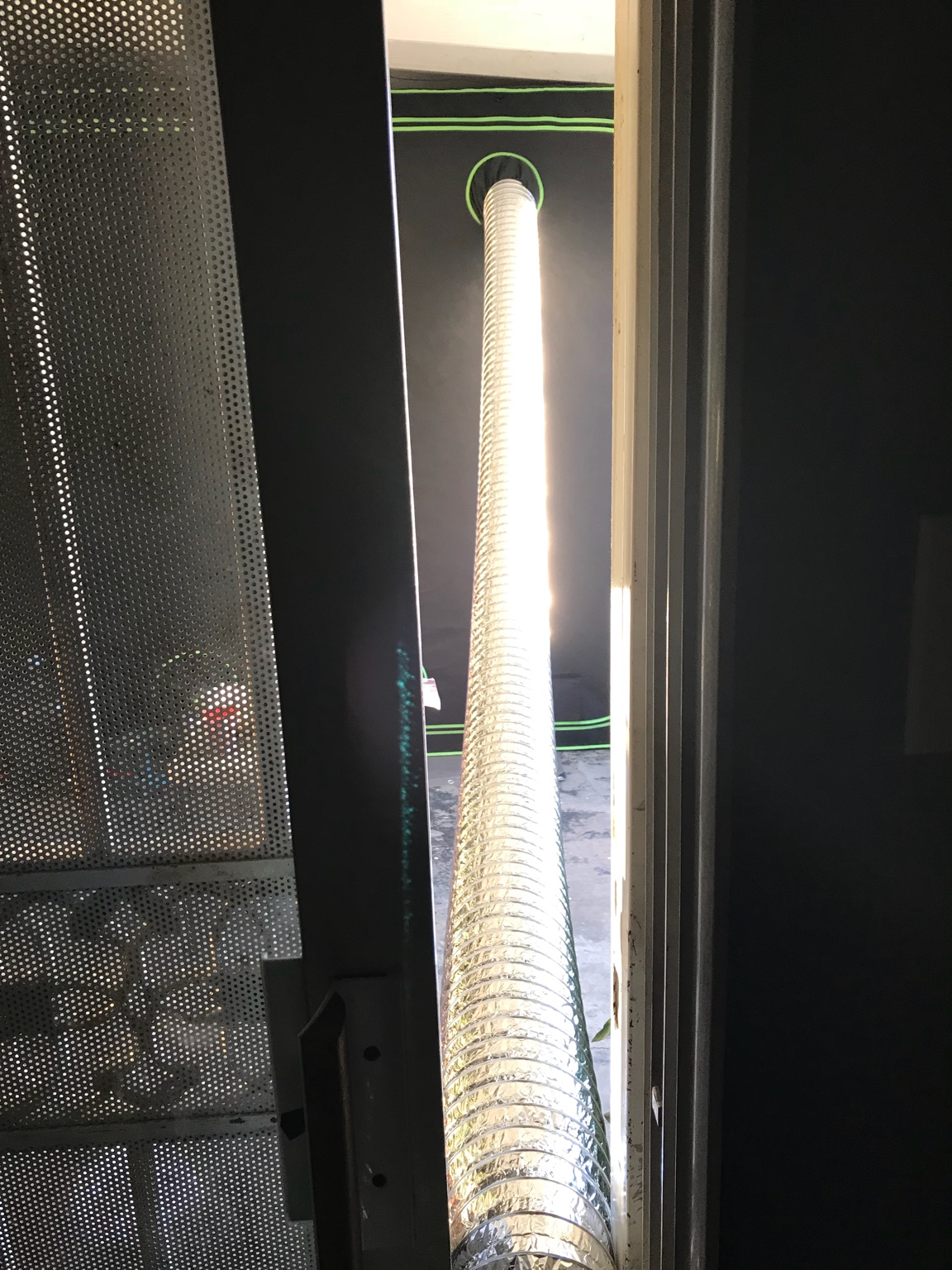 I'll sub along. This year is exceptionally warm here in Appalachia area as well. Sorry to hear about your clones.
My anecdotes have subplots.

Beleaf said:
I'll sub along. This year is exceptionally warm here in Appalachia area as well. Sorry to hear about your clones.
Click to expand...

Kool thanks again. Quick question maybe you can help me by chance since I'm still pretty new at this. Am I able to cut clones three weeks into flower? It's due to height limitations. My ladies have come into contact with the lights. I am not able to raise the structure or move the filter no room for the filter to be relocated. 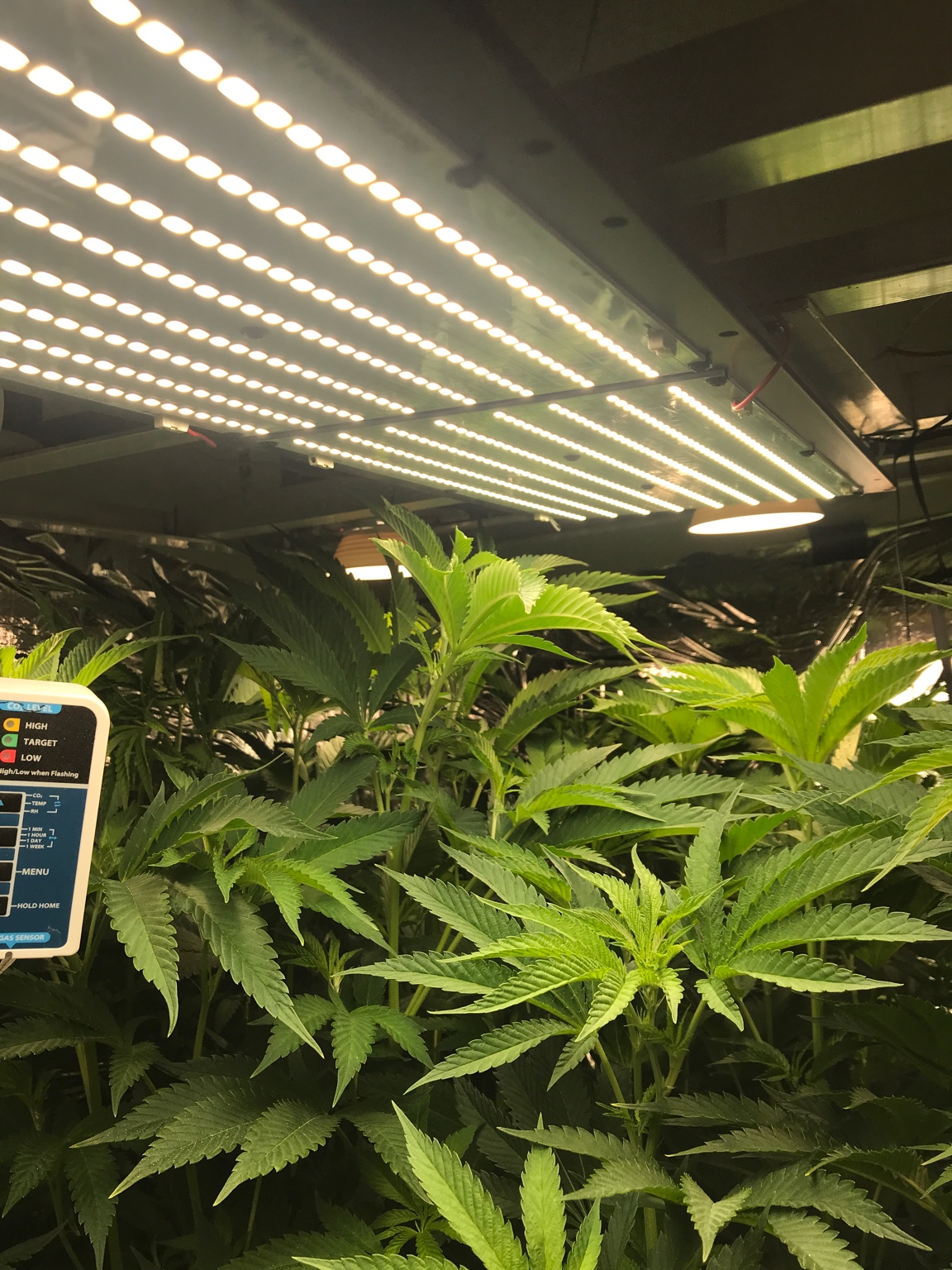 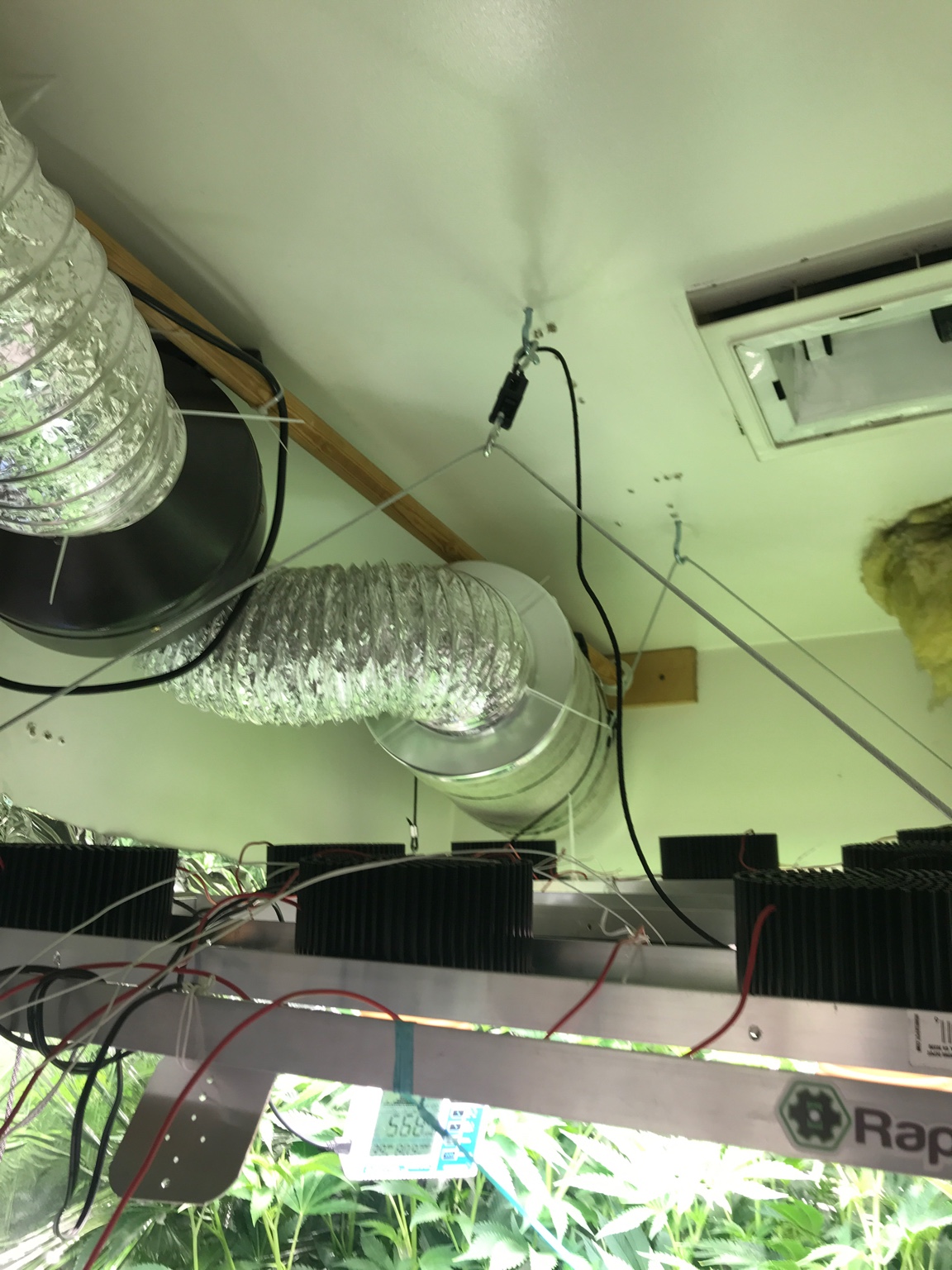 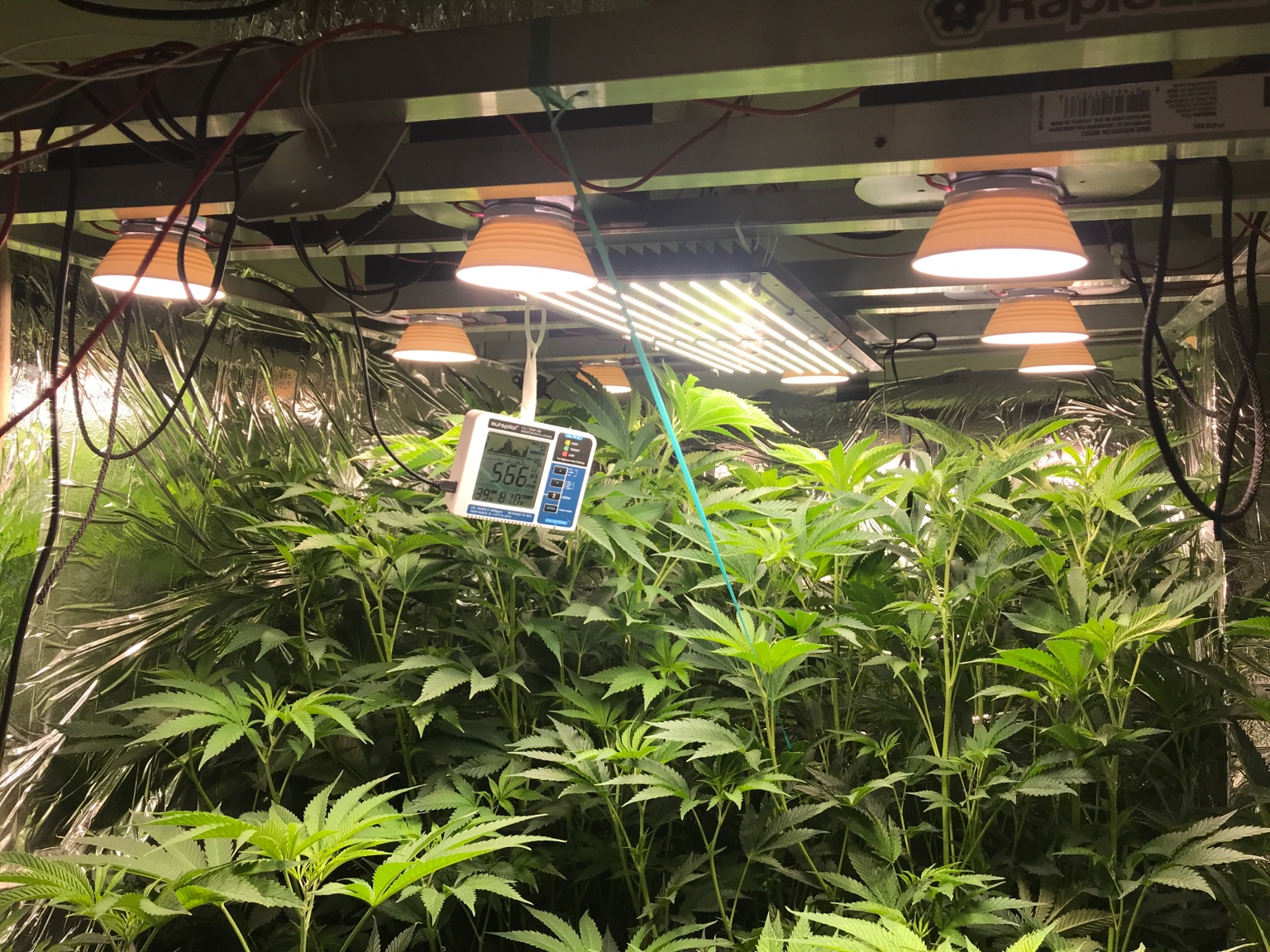 Lol please excuse all the holes in the drywall. Had a stud finder but I think the battery's were dying lol.
Frank's Second Time Around - Ebb & Flo
Fsanti's NukeDaddy - COB LED W/QBS Grow

Yes you cut clones in flower. Just don't give up on them it will take a while to revert them back.
My anecdotes have subplots. 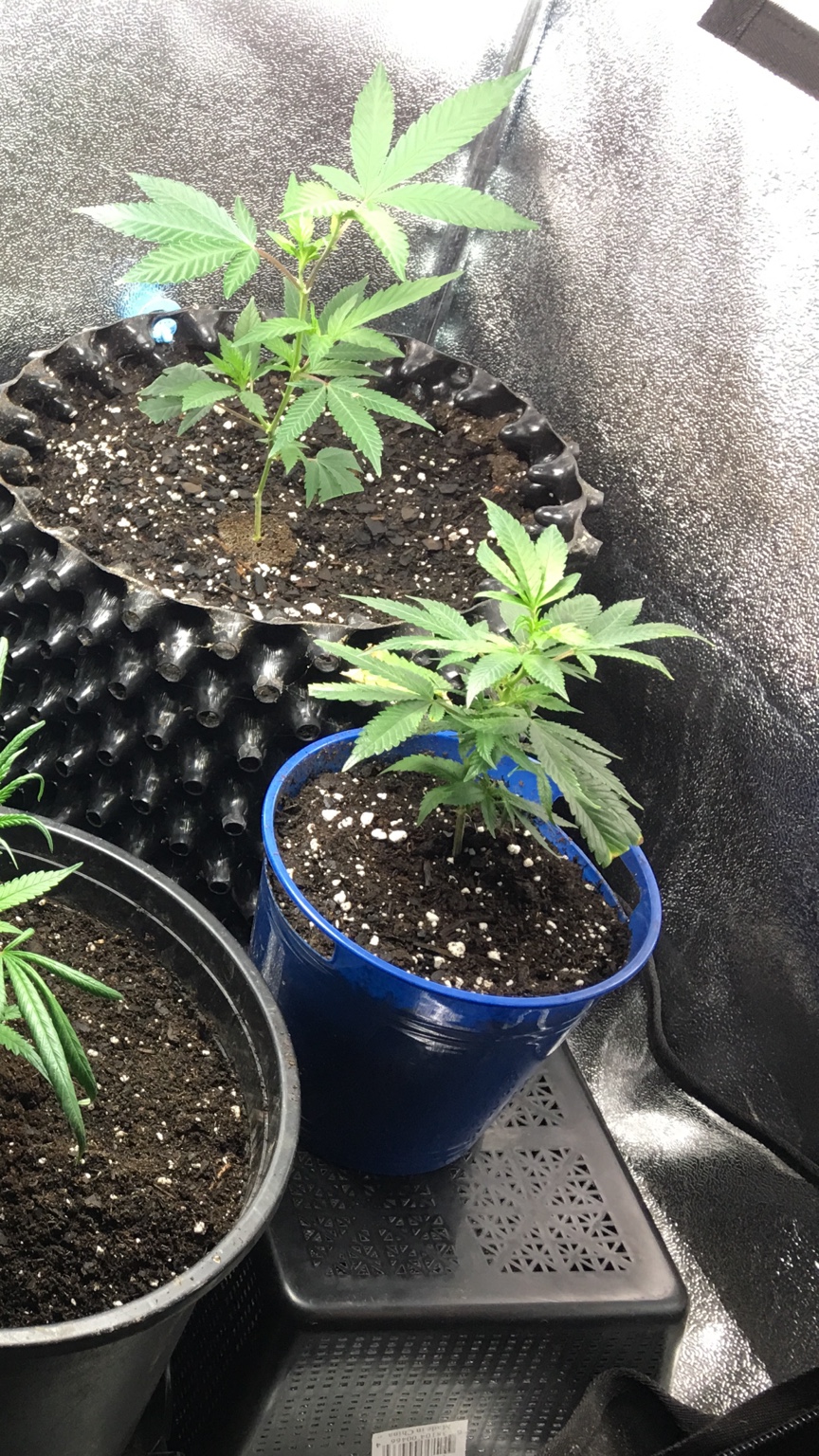 Northern lights taken in flower. (Blue pot). It's about to take off.
My anecdotes have subplots.

Fsanti1226 said:
Lol please excuse all the holes in the drywall. Had a stud finder but I think the battery's were dying lol.
Click to expand...

So i just went back over this and I can laugh as I've done the same thing. Every hole I thought to myself... this is the one [emoji23][emoji23]
My anecdotes have subplots.

I like what I see and that means ur awesome and i want to see some More of this breeders claims. Subbed for sure

I have sad update on the ladies! My lighting hanger slipped of and my structure came crashing down on my girls! I literally cried[emoji24][emoji24]! So I had to rearrange everything in the room. Which took me till 2 in the am. I end up cutting and cloning a 1/4 of my chemdawg which was the one that took the most damage. Here's a before and after picture. 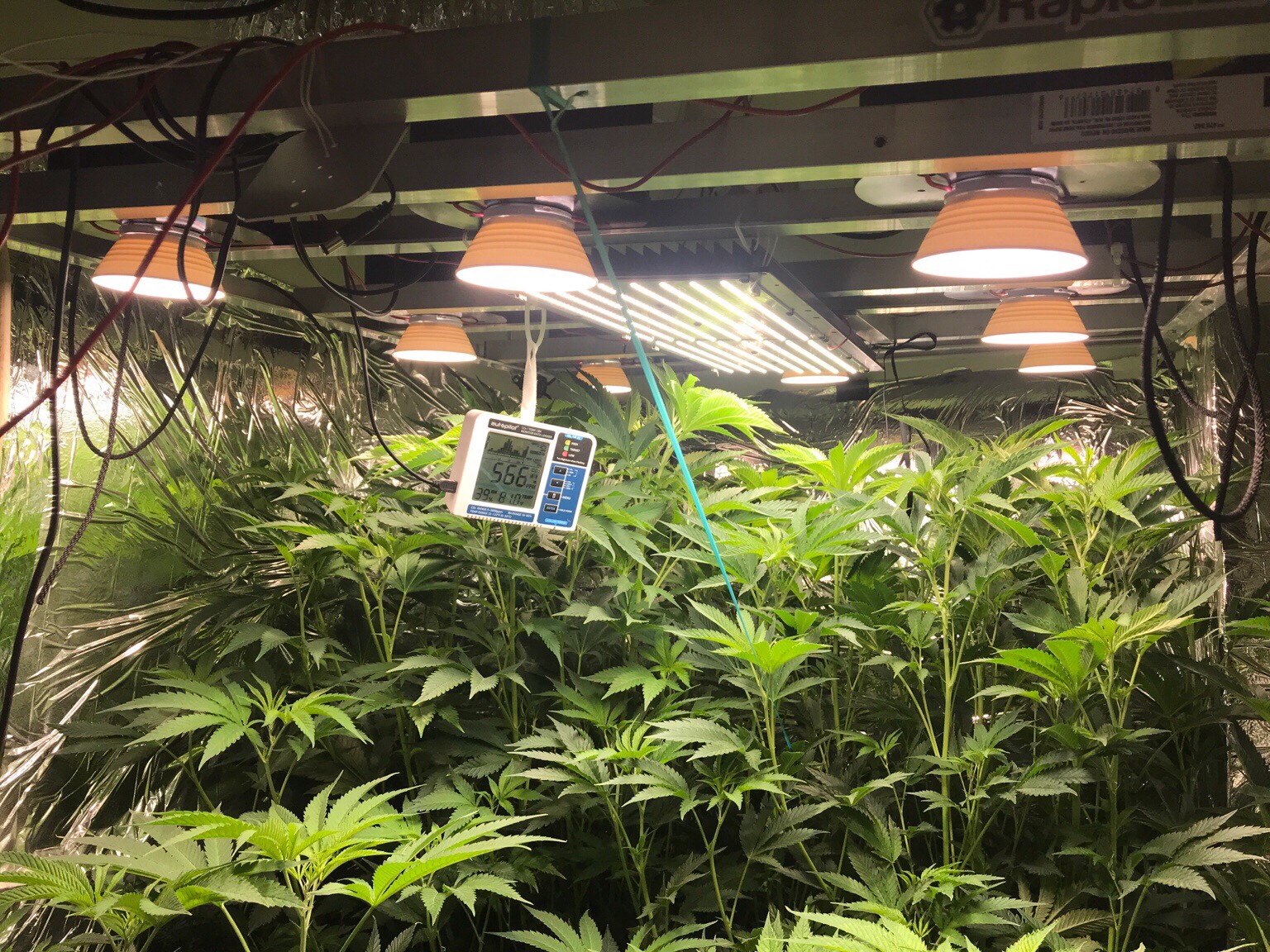 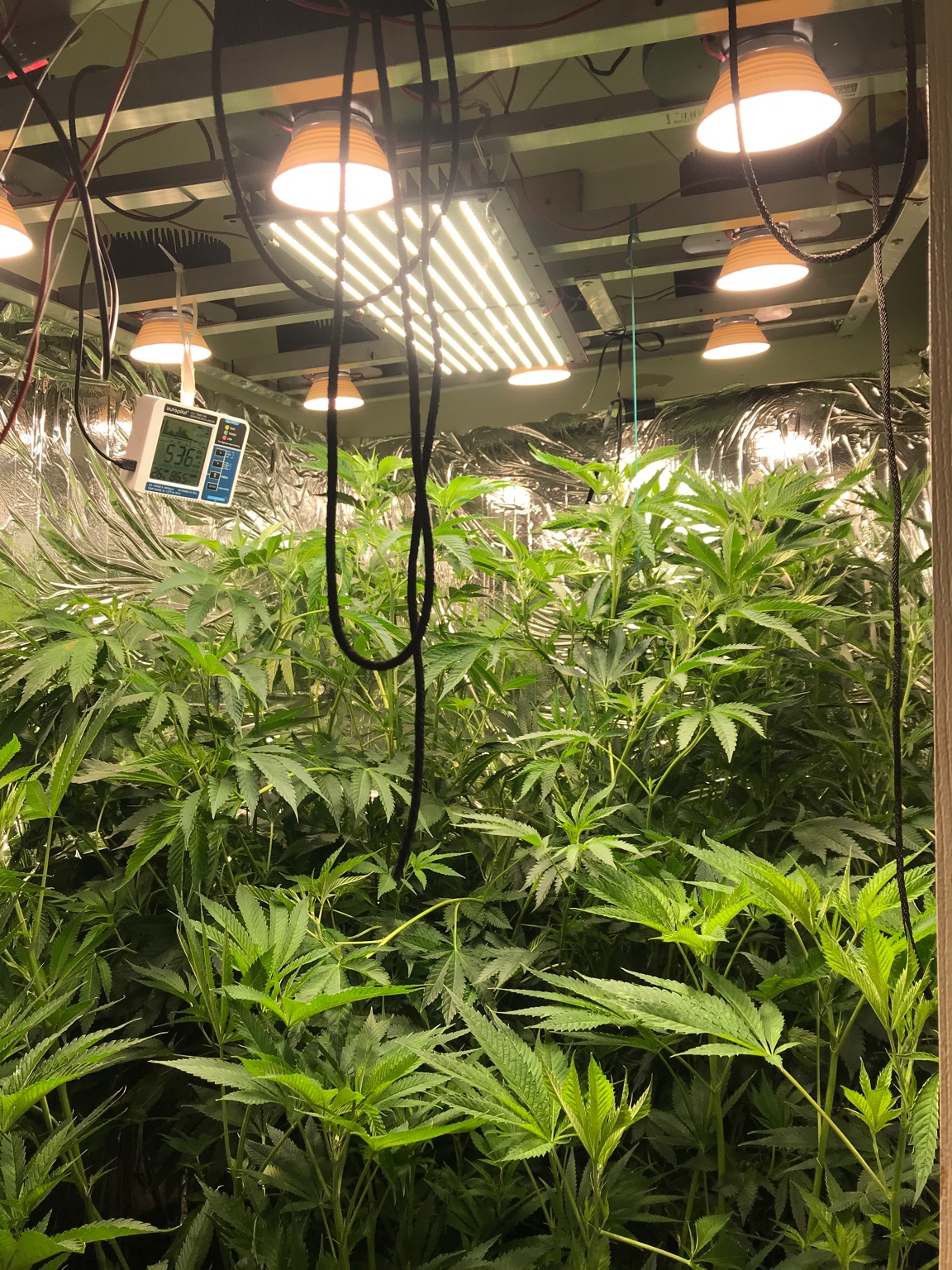 Oh no [emoji51] lol that's a bummer. On a good note, that is an awesome setup. Subbed up. Good luck with your ladies/clones.
First Grow Gumdrop Kush 900 Watt LED Soil

This should be a fun ride.
CRITICAL KUSH-COCO-LED - REMO NUTES (complete)

KevinL said:
Oh no [emoji51] lol that's a bummer. On a good note, that is an awesome setup. Subbed up. Good luck with your ladies/clones.
Click to expand...

kevin i literally had to walk away man i was pretty upset lol thanks by the way much appreciated and welcome to this roller coaster of a journal.


SwAggNiFiCeNt said:
This should be a fun ride.
Click to expand...


Rich Farmer said:
In. Sorry to hear about that crash. Looks good though[/QUOTE

welcome rich. all good brother hopefully they bounce back just hit them with sum recharge so we will see. thanks and likewise seen sum
Click to expand...

All fun exciting rides have ups and downs. No one goes to an amusement parks and doesn't ride the big ass rollercoaster. You'll be fine my man. Small hiccups that's all. The victimized plant will make a full recovery.
CRITICAL KUSH-COCO-LED - REMO NUTES (complete)

Rich Farmer said:
In. Sorry to hear about that crash. Looks good though
Click to expand...

Guy Cavallero said:
Looking good Fsanti..... I too am interested in the Nukehead strain. Subbed!
Click to expand...