Magic jumping beans!!! That was quick!

I Wasn't going to post til tomorrow... but I got excited when I seen em cracked open.

Just had to show em off, as it was only this morning that they were put into paper towel? Wow

Germination: Day 2
Morning All
6 of 6 have cracked!

All cracked open!
6 of 6
Woohoo will be potting them today!

A MARTIAN ALCHEMY: turning LED into gold with the FC3000

Put them in peat pellets today and into a humidity dome.

They are In the small section of my 3in1 grow tent.
L

24 hrs after placed in pucks!
Someone would like to say high!

5 of 6 are saying hello!
There is always that one that is being lazy...lol hopefully she pops today.

Looking good! That one shot of the little lady is so cute.

Off to a blinding start there. I'll pull up a sandbag.
Click to expand...

Right on thank you for joining! Stay High!

Modest Grower said:
Looking good! That one shot of the little lady is so cute. 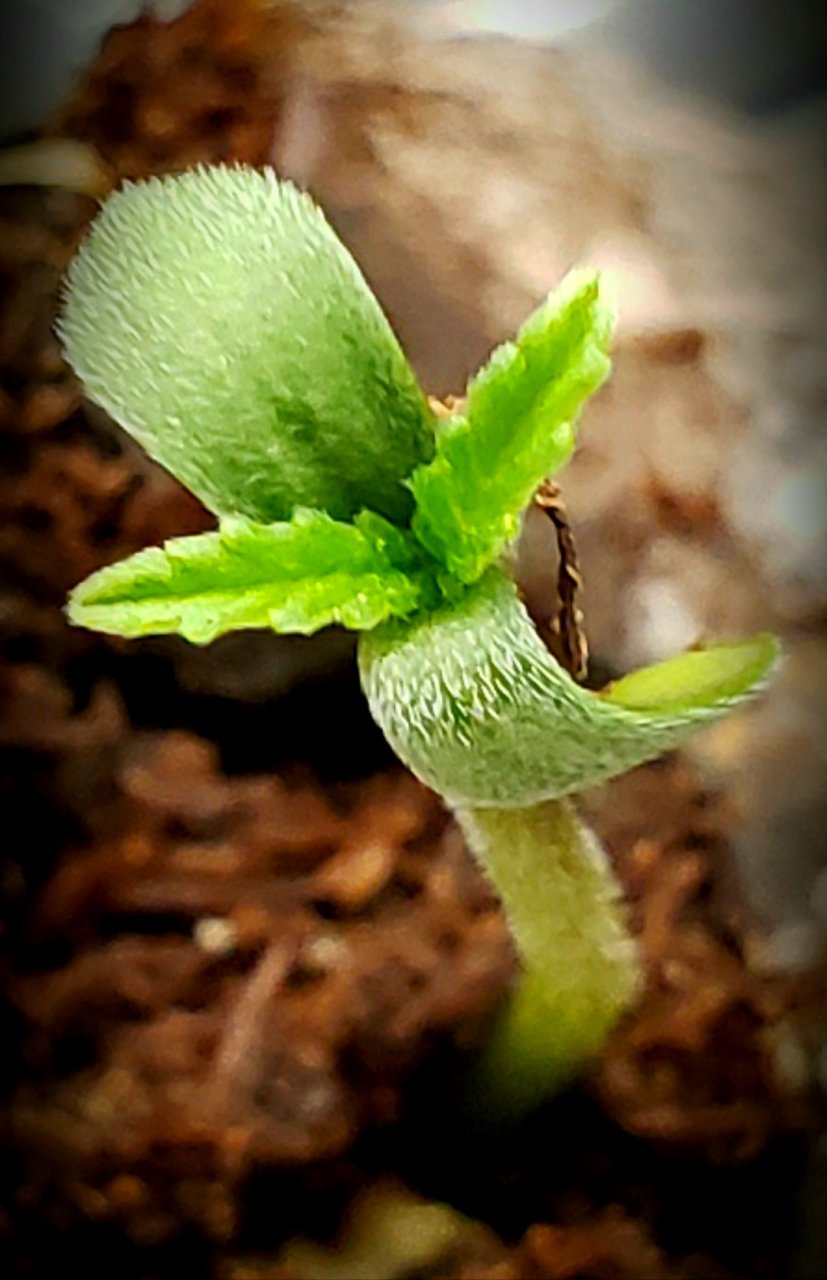 Hope there’s room for one more in here, Lime? Looking good so far!

The Lemonade Stand (current journal)
DutchinAB’s Coffeeshop
Support the sponsors, find a deal!
Support each other, vote in the contests!
The Alberta Growers Lounge
The Canadian Growers Group
L

Always room and always welcome my friend!
Thank you! Hope you Stay High!

Well looks like one of seedlings is having an issue... so I tried to help her out buy removing the shell to see if it would help?

So I don't normally mess with seedling when they are so small, but just felt like something is wrong with this one....so I did a thing... I dug her up to see and omg ...

Apparently the tap root was coiled around itself? And holding her back!

Wow no wonder it wasn't popping up!

Looks like the coil was holding her down... so weird ....so I gently opened up puck and attempted to unwrap her and repucked her ... lol

So hopefully that will help? If not... least I learned something.

Think ill name her "Wilbur" from (Charlette's Web) since she had a lil pigtail , seem fitting?

If she bounces back ill be surprised! We shall see...

Just thought I'd share this experience im having lol

Nice work, Lime. Good to see.
Wilbur seems a funny name for a girl, but hey - you’ve seen my username - what do I know, right?!
We’ll follow Wilbur with interest.
Cool corkscrew.
DD Stable Of Impermanence

A MARTIAN ALCHEMY: turning LED into gold with the FC3000

Wow! I am admittedly cursed with helmets so I take quite a few off and have messed with seedlings but this is another level of surgery. Well done!